Just when we were starting to trust autonomous cars, a Tesla Model S has slammed into the back of a truck while using the ‘Summon’ auto-park feature, sending a storm to the internet.

When Tesla boss Elon Musk said the technology would soon be able to send a Tesla car across the country, many stood on the sidelines wondering – “But what if…?”

As it stands, leaving a car to pull in and out of parking spots at the remote touch of a button seems enough of a risk. 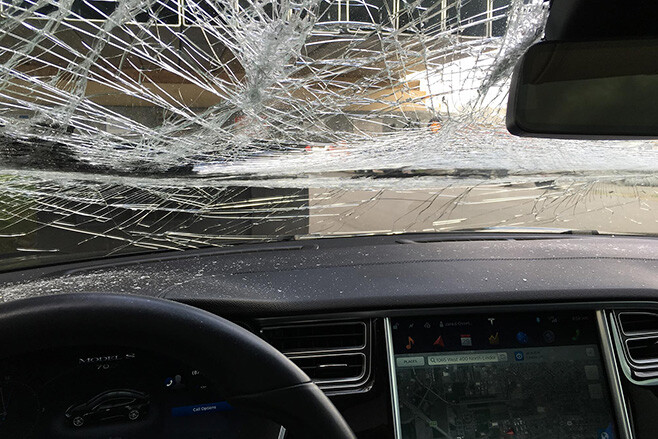 Then a Model S owner from Utah, Jared Overton, posted photos to social media of his shattered windscreen, claiming the car activated the technology on its own and parked itself - into the back of a trailer. He blamed Tesla.

Then Tesla, which keeps detailed data on its cars, sent him a letter claiming that the Summon feature was used incorrectly and that the driver was alerted about the technology’s activation.

It’s unknown whether the Tesla Model S used key fob activation or the newer smartphone system which is controlled via an app, but the alleged letter, which is circulating on the internet, goes into play by play detail of what happened. “Approximately five minutes, sixteen seconds after Summon was activated, the vehicle’s driver’s-side front door was opened again,” it said. They blamed Overton.

In comments posted to social media, others blamed the overhang of the trailer, deeming it unsafe. Teslas are fitted with sensors that allow technologies like Summon to work. But Tesla has admitted that these autonomous features still need to be monitored and controlled by drivers, given there are certain obstructions which vehicles are unable to detect, such as low-lying or high hanging items. Like say, a suspended trailer. Oops.

So, who’s really at fault here? Both parties have reputations to protect, but one has a more detailed record of events. Then there’s the truck.

But if we take anything away from this, it’s that autonomous cars have a way to go yet before we can trust our lives to them 100 per cent.