An Australian-designed concept showcasing a more practical interpretation of the Toyota 86 sports car has been revealed in Sydney.

The Toyota 86 Shooting Brake was created by Toyota Australia’s Product Design division and hand-built in Japan for the brand’s local Festival of 86 event that took place last weekend.

The concept takes its name from the old English term Shooting Brake that in the early 20th century was used to describe vehicles designed for hunting but has evolved to indicate a sporty wagon.

Toyota’s design team turned the 86 coupe into a two-door hatchback-style vehicle by changing the roofline, reshaping the rear quarter section and stretching the side glass to taper into the extended upper sheetmetal. 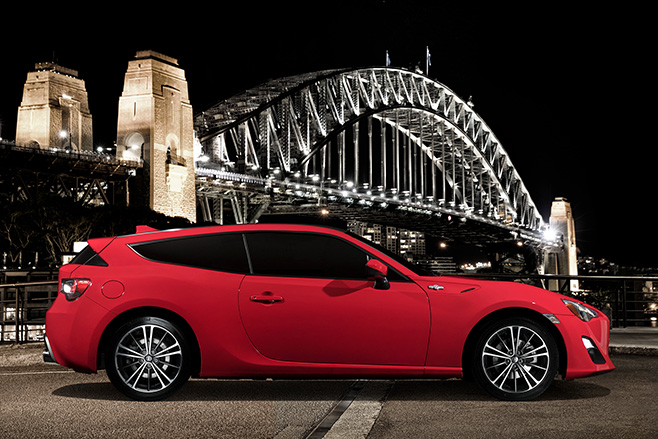 The bulk of the 86, including doors, front end and rear tail-lights and lower bumper are actually retained.

"The silhouette is still sporty, taut and energetic, but it's more practical as it allows the roof to be used to carry surfboards, bikes or storage pods for a weekend away while the larger opening of the new boot enables much easier loading,” he said. 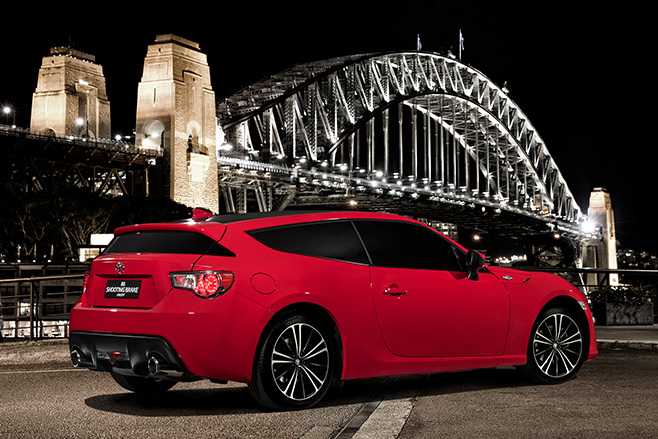 Toyota’s creation is reminiscent of Ferrari’s GTC4 Lusso (formerly the FF) and Honda’s now-discontinued CRZ, though Toyota’s chief engineer for the 86 said for now the 86 Shooting Brake wasn’t heading for showrooms.

"While we never say never, and I would love this concept to become a production reality, it is very much a concept that demonstrates the passion within Toyota for cars that are fun to drive,” said Tada.

Toyota has already shelved plans for a second body style for the 86. The company unveiled an 86 convertible concept in 2013 before deciding the business case for the model wasn’t strong enough. 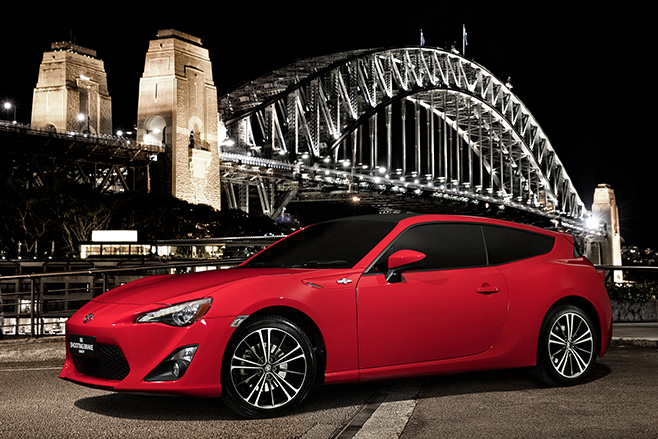 The concept’s unveiling has been a surprise as Toyota Australia’s design team has been quiet on the show-car front in recent years.

Between 2003 and 2009, Toyota Style Australia has produced numerous concept cars including: 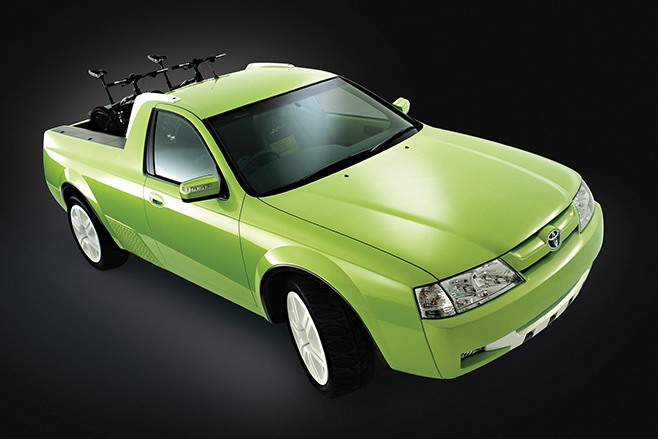 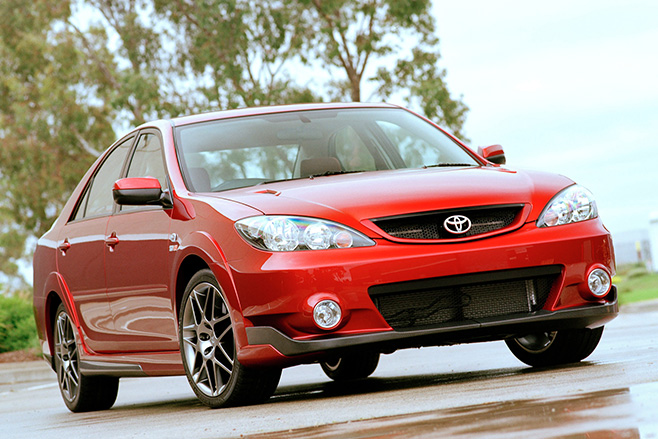 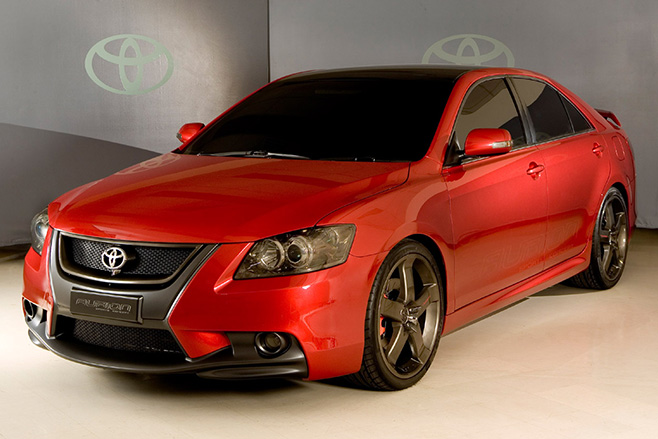 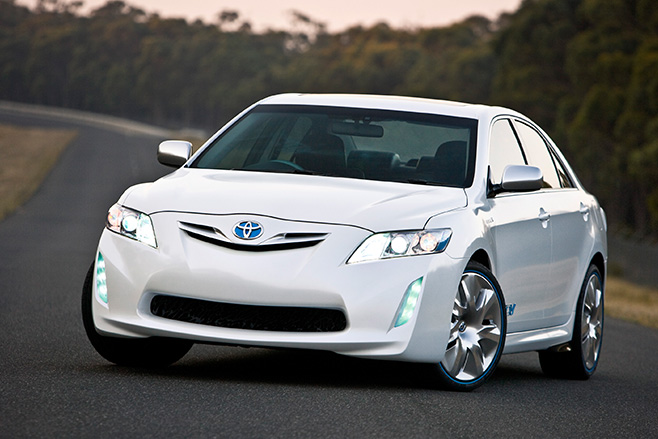 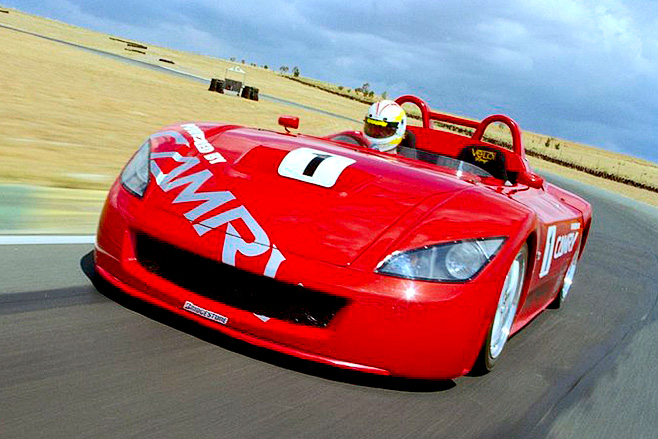 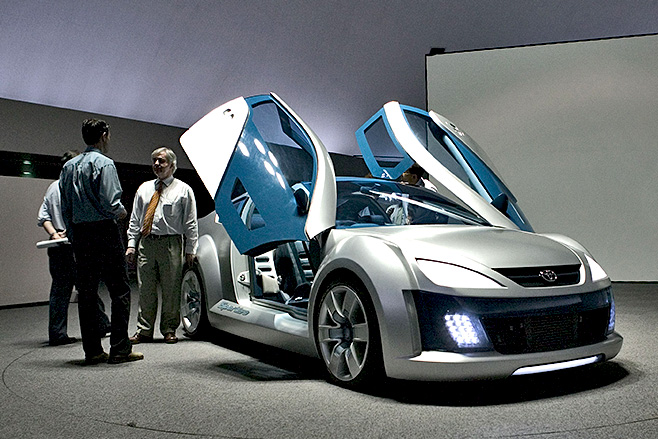