Can a convertible be a family car?

We strap in a booster seat and take the Holden Cascada to the beach. What could possibly go wrong?

I’m not one to shy away from the spotlight – it’s in my blood, being a Leo – so when I got the keys to a Holden Cascada, I had my sights set on Hollywood.

The only problem was we weren’t in Hollywood. I was stuck in Australia with an empty bottle of MAC foundation, and I was looking less glamorous than a Kardashian at the gym.

So instead of spending a day pretending to be Grace Kelly, I chose to do something more practical: I decided to see what it would be like living with kids and a convertible.

As a roofless car with two seats in the second row, the Cascada fit the profile for this experiment. So, I called my friend Amanda and told her to tell her daughter Katie to get the car seat ready, I was on my way for a day of fun in a really, really cool car.

I didn’t expect the Cascada to take home any awards as the best family car, but nor was I comparing it to say, a Holden Captiva. This road test wasn’t about comparing apples and oranges; I just wanted to see what it would be like as a family of one living with a convertible. 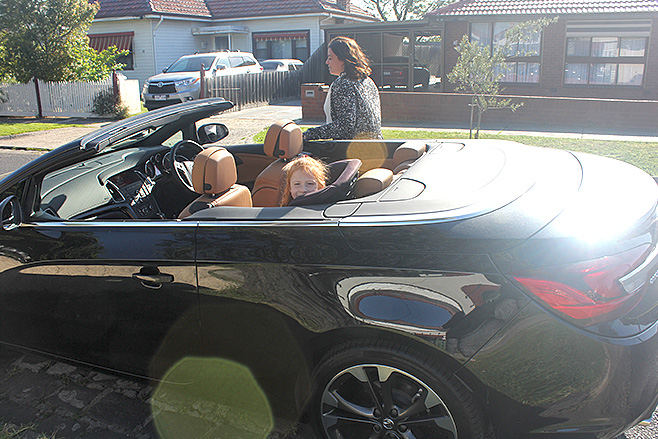 At the very least, I thought it would be a lot of fun for a six-year-old. Turns out, my expectations were wildly off-centre.

When I arrived to pick up the little miss, she was already waiting outside with her booster seat and a great big smile. She looked adorable in her trendy blue high-waisted shorts and a red-stripe top. Thankfully, the weather was on our side for a roof-down drive to the beach for a fish-and-chip lunch.

With Katie’s car seat securely strapped into theback, Amanda and I loaded into the front and got the show on the road.

First thing you notice about the Cascada, before the engine is even turning, is the button-busy dash. It’s messy and is one of the car’s biggest letdowns. But through the eyes of a child, it’s a very different story. To Katie, the Cascada was a car out of one of those kids’ spy shows. I couldn’t break it to her that the dash wasn’t, in fact, that exciting at all – the buttons couldn’t make the car fly, float or eject a passenger.

But there was one button that could do something pretty cool – it takes just 17 seconds at road speeds up to 50km/h to fold the roof away. As we slowed to a halt at a set of traffic lights, we triggered the roof function and the roof folded away behind us. Katie’s eyes widened. Now things were getting exciting.

That was until we started driving. The first few seconds were comfortable, but as we built up speed, it became more frightening for Katie than the boogie man. Katie’s hand was firmly pressed to the top of her head to make sure her wide-brimmed hat stayed firmly in place. Her eyes were squinting from the sun and the wind and she suddenly had more of her beautiful red hair in her face than she did cascading behind her like it usually was. She looked uncomfortable, but hats off to her (pun intended), she didn’t complain once!

Strike one to my name. 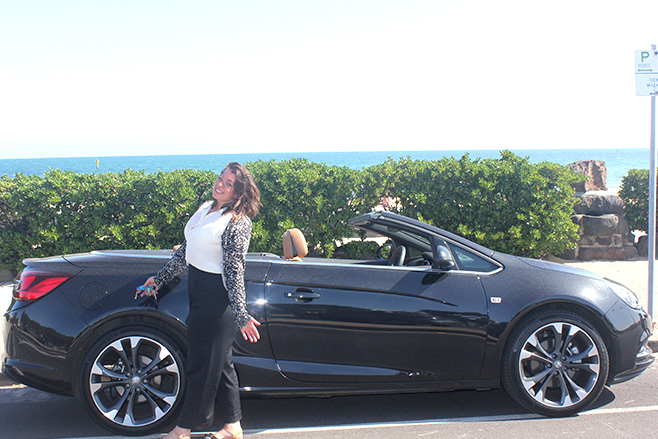 Eventually we arrived at a playground right near the beach. I was back in the good books, for now. A quick bite to eat, a toe-dipping visit to the beach and the whole ‘nearly got blown away by the wind’ saga was a thing of the past. And, as promised, Katie got her ice-cream. But the looming clouds looked set to spoil our otherwise perfect day, so it was time to get back in the car.

It was at this point I noticed another feature of the Cascada. Once Katie was bucked in to the back row, I pushed the seat upright and it automatically moved in to my driver’s position.

For those of us in the front, this feature stops you fiddling around with annoying controls to get a seat into place; but for those in the back, it’s a different story.

In what can only be likened to an Indiana Jones movie, the chair slowly closed in on Katie’s legs. Her face was that of a person who thought she was going to be squished, and her hands were out in front trying to stop the chair from crushing her knees. Thankfully, no one was injured, except for poor Katie’s nerves.

Strike two (maybe I should have bought her a second ice-cream).

With that, it was time to go home. As the Cascada pushed the seatbelt latch forward, I turned and asked Katie if we should put the roof down? With her best puppy-dog eyes, she begged me, no.

So obviously, I did it anyway. “How often do you get to drive around in a convertible, Katie?” was my rationale. Amanda was also on team no-roof: “Hold on to your hat, Katie!” 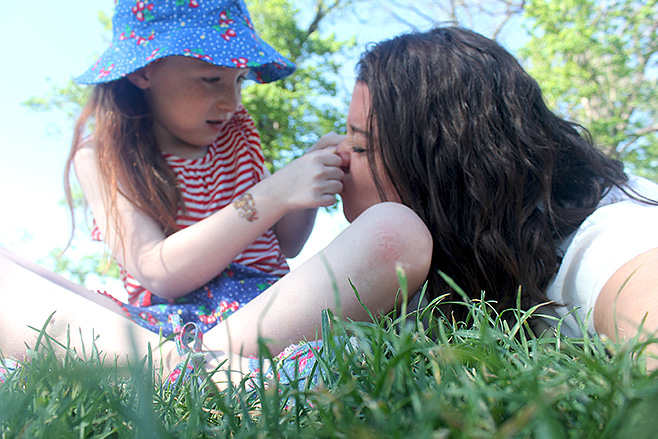 Granted, it was more fun up front for us adults with the windscreen acting as our guard and the option of seat warmers. So to make up for the obvious disconnect in comfort, I let Katie choose the music – Peanut Butter Jelly by Galantis was on repeat the entire 45-minute drive home. That means it played approximately 12 times. That counteracts strike three. We were definitely even.

When we got home, I asked Katie what she thought of the car. Her response was simple: “It’s pretty cool, and I can’t wait to show my friends the photos at show-and-tell, but I don’t think I want to buy one with my money, I’d rather go to Hawaii.”

That’s a fair assessment from a primary schooler.

Amanda and I on the other hand had a very different experience. I liked the Cascada. Not only because I felt much cooler, but also because it’s stylish, it has more room than your average soft-top, and it’s comfortable inside. And, although it’s not winning any refinement awards, it’s an affordable, good-looking car.

Would I recommend this as a family car? I could have told you the answer to that before I started this story. But it’s still a convertible with the option of fitting a booster seat, so there’s hope for families yet, as long as you’re willing to listen to: “It’s too windy … the sun’s in my eyes … the truck is too close.”

As for my Hollywood moment – well, the only problem with pretending to be Grace Kelly is that my trousers were Country Road sale, the shirt wasn’t real silk and the headscarf didn’t look half as good on me as it did on her. At least my superstar little co-reviewer Katie had the fashion in check. 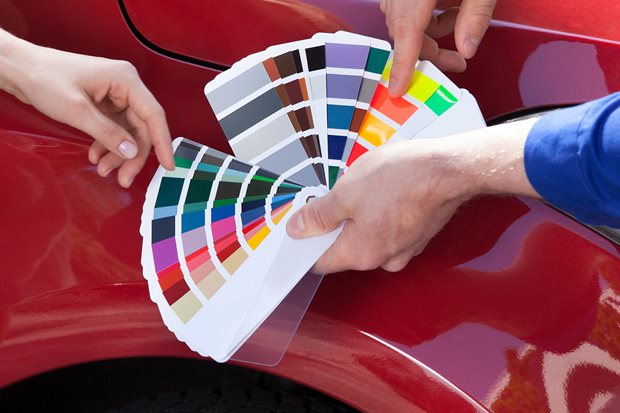 How to choose the best new car colour

Getting a black or white car is the popular option, but is it the best option? Check out our surprising stats on today’s car colour trends. 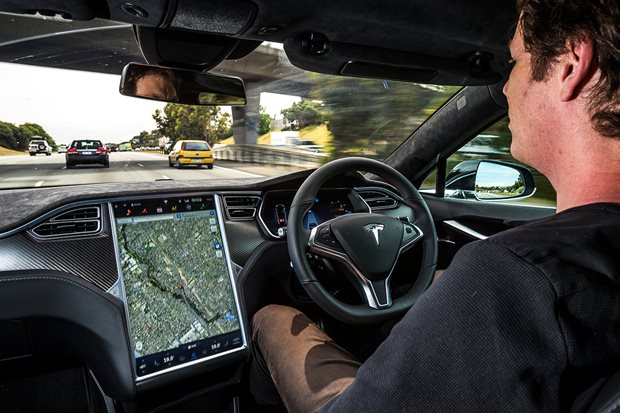 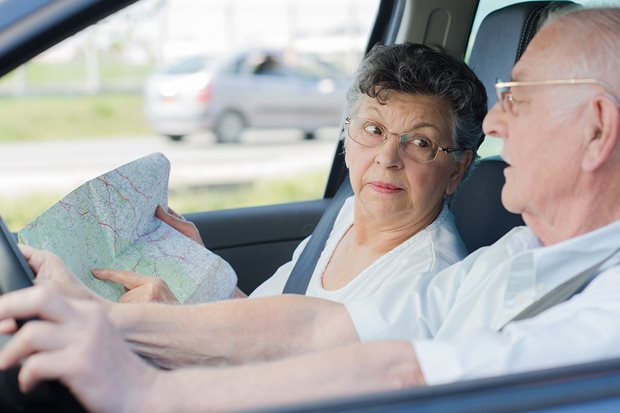 How old is too old for a driver licence?

We let the numbers tell us when elderly road users should consider hanging up their driving gloves.