Toyota’s new C-HR compact crossover will hit our shores early next year to take on the likes of the Mazda CX-3 and Mitsubishi ASX in one of the hottest segments in the Australian new car market.

Toyota has announced that its box-fresh entrant to the small-SUV market will hit our shores in the first quarter of 2017, with two variants, two drivetrains and a single turbocharged engine available.

The entry level model will be simply called ‘C-HR’, while the range-topper brings a new badge to Toyota showrooms: ‘Koba’, named after the car’s lead engineer, Hiroyuki Koba.

The exterior styling shown in the pre-production images is relatively adventurous for Toyota, with the front bearing a strong family resemblance to the RAV4 while integrating that look with bold sculptured horizontal curves, raised ground clearance and fastback rear end somewhat similar to the Nissan Juke.

Squint, and it looks like a sporty coupe. A sloping roofline leads to an aerodynamic spoiler and the rear door handles are hidden where the doorframe meets the C- pillar. 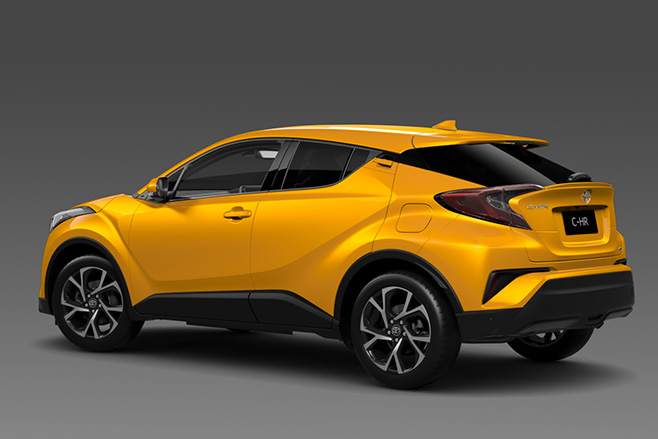 Toyota is also talking up the C-HR’s performance, saying its aggressive looks will be complemented by a powerful yet efficient turbocharged engine. Toyota Australia doesn’t make mention of powertrain specifics, however there’s only one turbo petrol option available in overseas markets – a  1.2-litre 85kW turbocharged four-cylinder.

That engine is mated to either a 6-speed manual gearbox or a Continuously Variable Transmission (CVT), though it’s unclear whether Toyota Australia will offer both or adopt a CVT-only strategy for the C-HR. The local range will, however, be available in either front- or all-wheel drive.

Toyota Australia's executive director sales and marketing Tony Cramb said the C-HR represents the next step in the evolution of SUVs by putting less importance on the ‘U’ of off-road utility.

"C-HR advances the very definition of SUV by emphasising the 'S' that stands for 'sport' and 'style'," said Cramb. 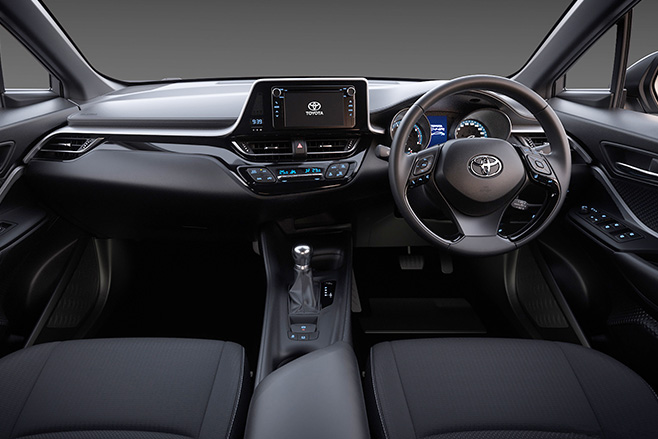 These will optional in the base model C-HR but will come standard in the Koba, which will also have heated seats, keyless entry and ignition, privacy glass and 18-inch alloy wheels.

The C-HR will come in eight exterior colours, including a new radiant green, which buyers will be able to choose at the showroom using new car configuration technology.

Prices and full specifications will be announced closer to launch.