Volkswagen will introduce a brace of new variants to the Touareg large SUV range from October this year with a 190TDI and 190TDI Premium that retain much of the Launch Editions appeal, but for a significantly reduced entry price. 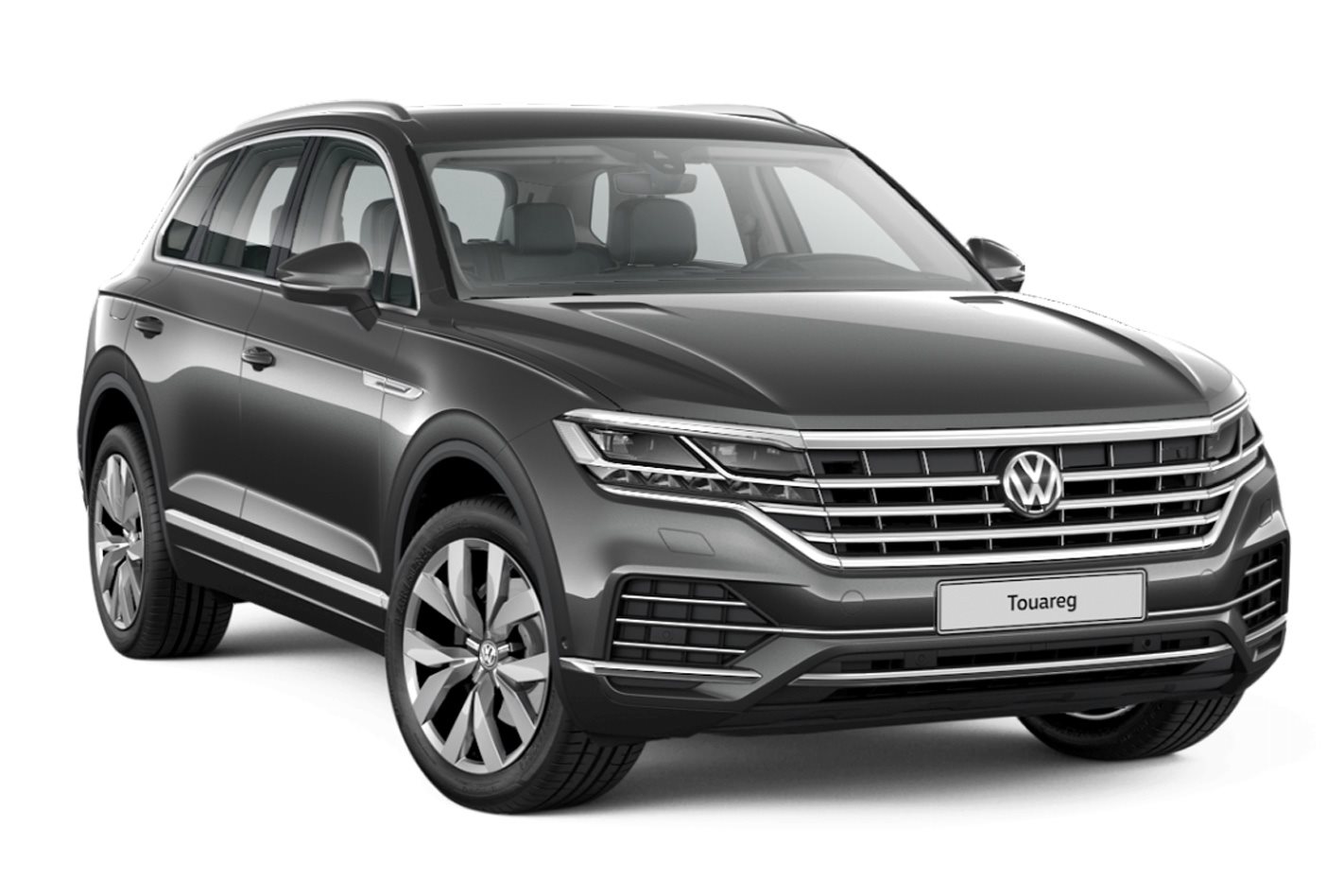 Priced from $79,490 before on-road costs, the new entry point of the pack is a whole $10,500 cheaper than the Launch Edition that kicked off the new-generation VW Touareg in June, but is equipped with the same silky drivetrain.

Under the bonnet, a 3.0-litre V6 diesel pumps out 190kW and 600Nm through an eight-speed automatic transmission - enough to accelerate to 100km/h from standstill in just 6.5 seconds, but still only asks for 7.4 litres of diesel per 100km.

It might be the most affordable option in the now three-car line-up, but the 190TDI is far from budget in specification. On the inside, it gets Vienna leather seats, the same 9.2-inch central information screen found in the Launch Edition, and four USB charging points scattered about the cabin. 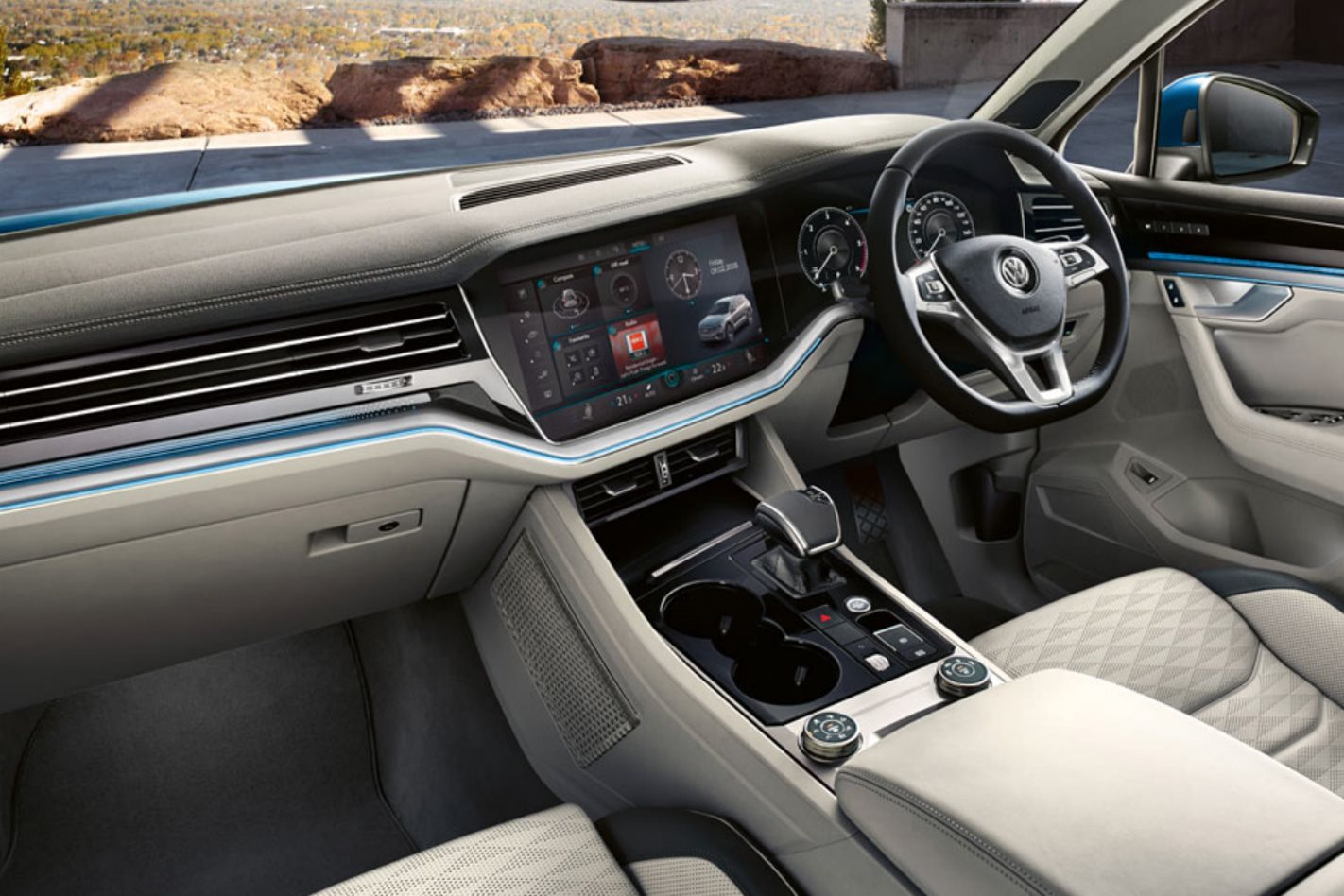 On the outside it rolls on 19-inch alloy wheels, there are six new paint colours to choose from, and gaining access to all doors is made smiler with the inclusion of keyless entry as well as a power tailgate that has easy opening and closing.

As for safety features, even at the most affordable level, the Touareg has autonomous emergency braking which functions at both freeway and stop-start traffic speeds. There’s adaptive cruise control that will maintain a distance from the car ahead, even down to static traffic, while lane-keeping assistance and side assist complete the package.

Stepping up to the 190TDI Premium throws in a number of enhancements over the entry variant including finer Savona leather which can be optioned in a lighter Mistral tone over the standard black, while the front seats have a massage function and ventilation.

Wheels are upgraded to 20-inch versions and the standard coil-spring suspension is swapped out for more cosseting air springs. 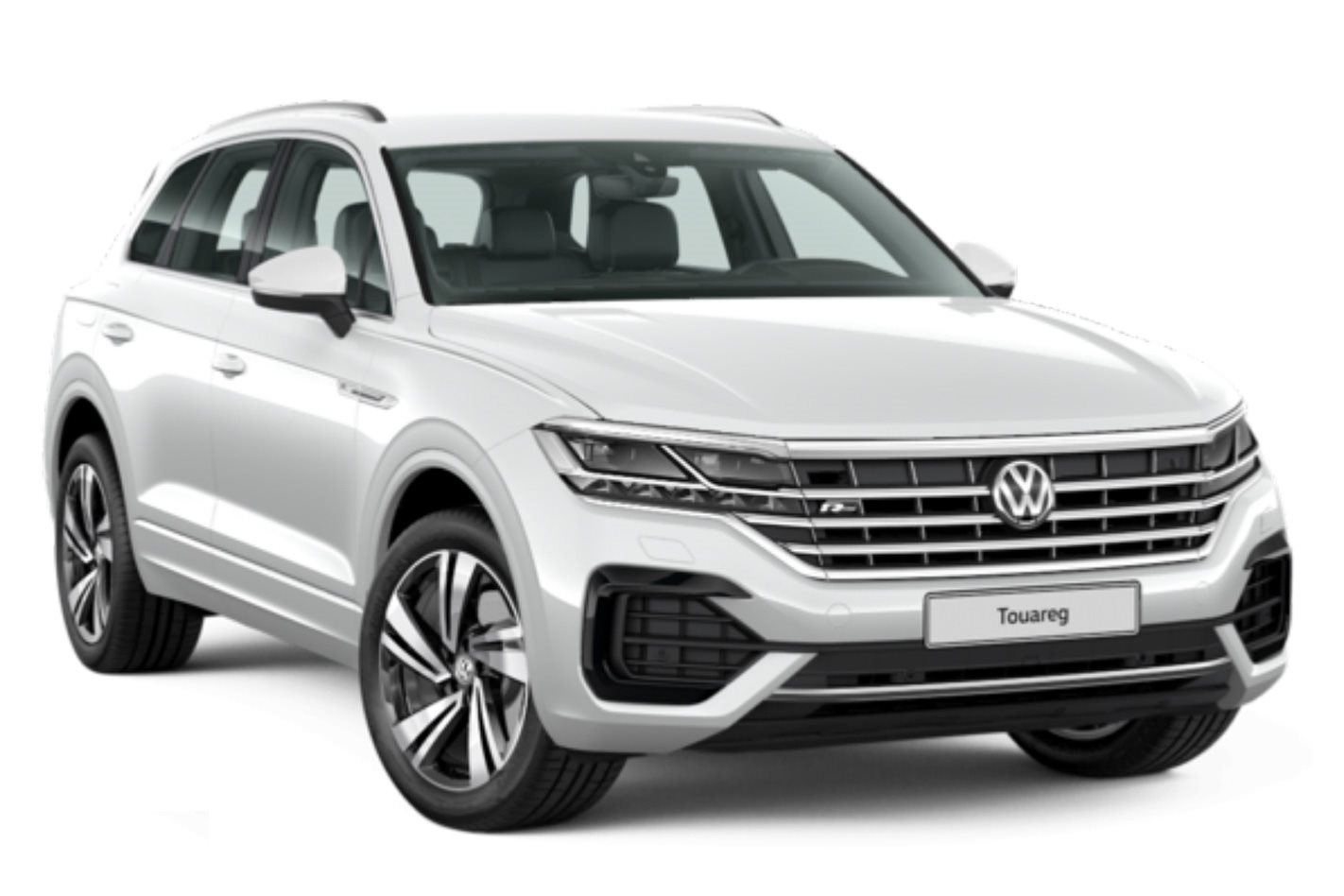 In addition to the extensive safety features of the 190TDI, the Premium gains IQ Matrix LED headlights that incorporate self dipping and adaptive beam technology.

If customers feel that the new additions to the range don’t offer the exact spec sweet spot they are looking for, a choice of three options packs will also be introduced with the arriving variants.

Available for both variants and the Launch Edition, an Innovision pack costs a hefty $8000 but stretches the standard infotainment screen to a whopping 15 inches, the analogue gauges are upgraded to a fully digital instrument panel, a colour head-up display is slotted in and the cabin is treated to customisable ambient lighting.

Customers choosing the Premium are offered a Sound and Comfort pack which bundles seat position memory for the front row and heaters for the second row, Area View 360-degree camera, a high-grade stereo system by Dynaudio, and quad-zone climate control for another $8000.

Read: The 2019 Volkswagen Touareg SUV is so stylish, it borders on smug

Also costing $8000, the R-Line package is for the driving enthusiast with four-wheel steering and an active anti-roll bar for sharpening the Touareg’s handling and responsiveness, a number of R-Line embellishments are added to the interior and exterior, while a unique-design set of 20-inch wheels completes the look.

Finally, a panoramic sunroof can be added to the list for $3000.

For those with a more accommodating budget, the Launch Edition still appears to represent the value pick of the range with pretty much everything in the above optional packs included in the $89,990 price, but the pair of new options arriving in October are bolstering the seriously compelling Touareg range even further.