Volvo says that it won’t sign off Autonomous Driving vehicles until it has full verification that the system works.

VOLVO CAR has announced that no full Autonomous Driving (AD) vehicle will be released until there is watertight proof that everything will perform exactly – and as safely – as intended for it to take responsibility.

The Swedes have also rejected the term ‘driverless’ car, with Volvo Car safety specialist and Cluster 90 vehicle line manager, Anne-Cathrine Thore Olsson, instead comparing AD to an aircraft’s autopilot system in that it will support, rather than replace human interaction with the vehicle. In fact, the Swedes are calling it ‘Auto Pilot’.

She also revealed that there would still be a number of research and development trial and error stages requiring verification before true AD could become a commercial reality.

“It will never be a driverless car that will take you fully from A to B,” she told Australian journalists in Gothenburg in late June. “You still have to stay awake, be sober, and be prepared, because the driver is still required to take over if something happens. 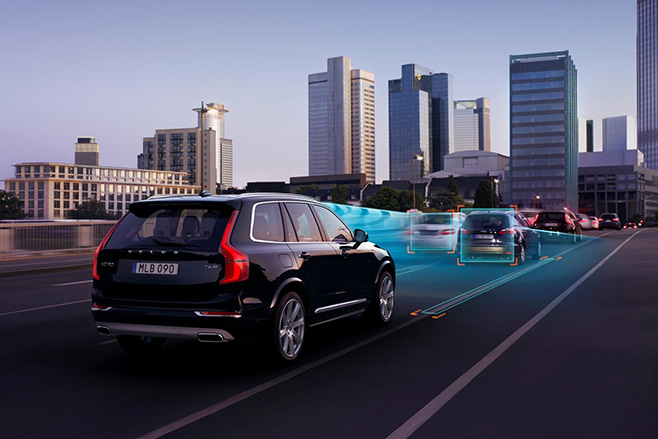 “Also, Volvo won’t accept a system that is less than good enough for it to take responsibility.”

The comments come hot on the heels of the first AD-related fatality in the USA in May involving a Tesla Model S colliding with a truck. The owner was alleged to have been watching a movie at the time from behind the wheel.

Volvo recently announced that it would undertake the world’s largest public AD test next year in Sweden ­– fully supervised by the company’s safety specialists – until it is satisfied that the tech is proven completely ready and safe. Only then will a second phase commence, involving just the public, with no company supervision.

Around 100 Volvo XC90 T8s will be involved, initially in Sweden around the company’s headquarters in Gothenburg, before London and China testing also commences. However, Volvo reckons the public won’t be able to option up Auto Pilot until the beginning of next decade at the earliest.

“Volvo assumes that somewhere around 2019, it can switch to unsupervised testing, and by 2020 Volvo expects to have a fully industrialised offering,” Thore Olsson said. 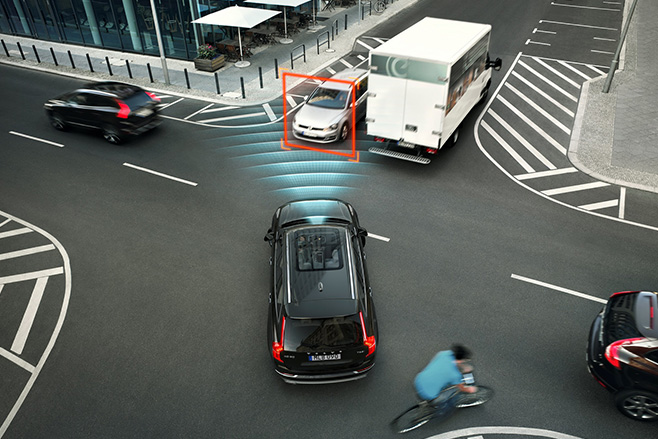 “But we will do that only when we know it is safe enough and that we can take full responsibility. Volvo has a safety heritage that we will never, ever jeopardise.”

However it is far too early to know much, and on which versions AD will find itself on once it hits the market.

Volvo’s AD system has been designed to work in any part of the world, and will include a driver-monitoring camera, with very clear warnings if or when the vehicle is going out of AD mode.

“The car will have to handle all potential traffic situations, under the circumstances of pre-set conditions,” Thore Olsson added. “There will be multiple radars, cameras, a laser, and ultrasonic sensors monitoring the complete surroundings, while GPS and Cloud-based mapping monitor the situation, and with back-up just like in a plane.

“Weather, tech malfunction, or reaching the end of the route means the driver is prompted to take over; if he or she fails to do so, the car will come to a complete stop. 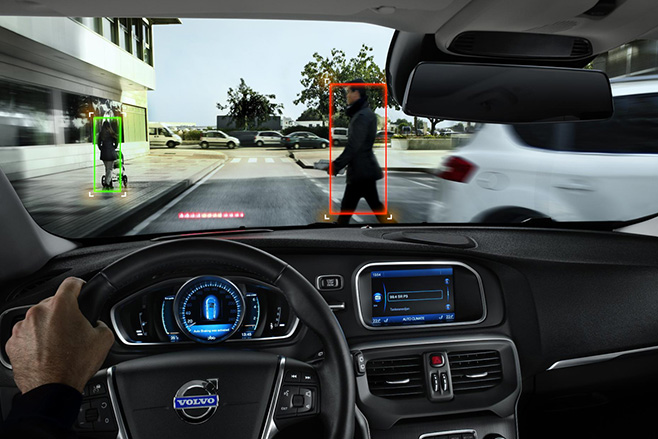 “It’s all about learning, the traffic environments, how cars interact, how other drivers not in AD cars behave. “Starting in Gothenburg, and then London and China, in 2017, Gothenburg will be the proof of concept, and China and London the verification of the technology.”

Finally, Thore Olsson said that the benefits of AD are too great to ignore now that the technology is so close to becoming available.

“In heavy traffic people are bored and can get frustrated,” she said. “And 1.2 million die in traffic accidents and a further 50 million are injured. Why? 95 percent is due to human behaviour error, so taking the humans out of the loop should logically reduce those figures. That’s why we have AD.

“But AD is not about not driving. It’s about driving when we choose to, so it’s still about freedom… in fact it’s more about freedom that ever.

“And traffic flow will be more efficient because the technologies interact quickly and more efficiently than humans do. Plus, fuel efficiency will improve too as a result.”

AD contributes to the Swedish brand’s mission statement made nearly a decade ago that nobody should be killed or seriously injured in a new Volvo car by 2020.