It’s been a tumultuous week for Toyota, with the brand long associated with reliability, quality and trust now in the crosshairs of a class action. Irate owners have lodged a legal challenge to Toyota stemming from faulty diesel particulate filters, involving – among other Toyota models – Australia’s most popular vehicle, the Hilux. Will the lawyers win, or will Toyota make the right moves to keep it's normally loyal customers on-side?

Speaking of embattled brands, Fiat Chrysler Automobiles Australia has seen a changing of the guard with old boss Steve Zanlunghi moving aside for new appointee Kevin Flynn, formerly of FCA India. Will fresh blood help the storied group of marques that includes two iconic and chronically-ill under performers in Alfa Romeo and Jeep turn around its disastrous 75 percent sales decline since 2014?

Perhaps a welcome distraction to Toyota’s DPF woes was the revelation that the fifth-generation Toyota Supra makes a lot more power than Toyota officially claims. The Japanese aren't the only ones making a renewed sports car push either, and Wheels analysed the upcoming Chevrolet C8 Corvette to decode whether the mid-engined American will represent good value when it arrives on our shores in 2020.

Even so, the new ‘Vette certainly won’t be the most affordable mid-engined car on the market. That distinction goes to cars like the Alpine A110 and Alfa Romeo 4C, which went head-to-head this week to find out which was the worthiest entry-level Euro exotic: the alloy-framed Frenchman, or the carbon-chassis Italian?

Another Euro performer got the WhichCar treatment this week too: the latest generation of Mercedes-AMG’s A45 hyper hatch. More powerful and with a chassis that can send more drive to the rear wheels, it wowed us with its massive speed potential. The term “pocket rocket” scarcely seems adequate.

The A45 isn’t the only four-cylinder performer that caught our eye this week either. Ford Australia announced the impending arrival of a juiced-up 236kW four-cylinder variant for the Mustang, with more torque and improved suspension hardware to close the gap between the turbo four-pot and its bent-eight big brother. Will buyers bite? Maybe not, given the stronger emotional appeal of the V8 – an engine format Wheels celebrated online this week with their series of features on Great V8s.

And while the ‘Stang prepares to upgrade its four the Golf R could be getting ready to graft an Audi-sourced five-cylinder between its front wheels, if our crystal ball is accurate. More crystal-ball-gazing was supplied by Volkswagen Australia, who posited that half of Australian new car sales could indeed be made up of electric cars by the end of the next decade – a forecast that will probably make Labour party policymakers feel somewhat vindicated, despite not being victorious.

On more prosaic matters, with the weather still locked into ‘frigid and frosty’ mode (at least in the nation’s south-east), WhichCar’s Dan Gardner travelled to New Zealand to discover a little more about winter tyres, how they work, and whether they’re a useful thing for the average Australian driver.

Even if you’ve got an all-paw SUV – such as the Audi Q7, whose facelifted 2020 model we reviewed this week – you may want to have a read, especially if you’re a rabid snow bunny. 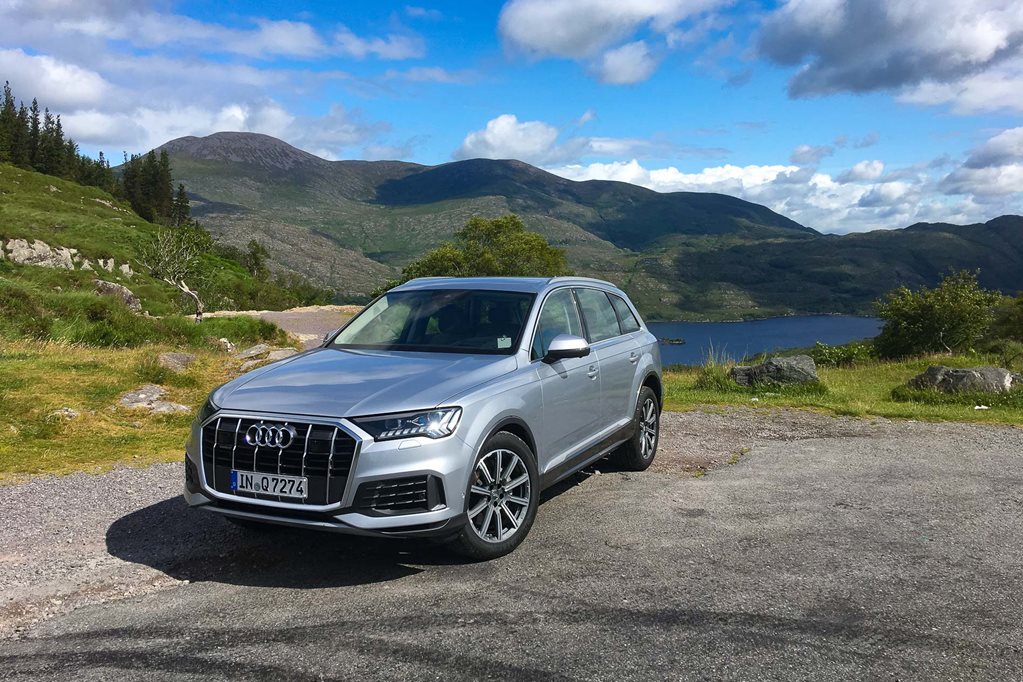 Still on the subject of round, rubbery objects, the idea of the airless tyre is one that has so far failed to make the transition from niche applications to the automotive mainstream. But, while some say the pneumatic tyre will reign long into the future, there’s now some glimmer of hope that motorists may soon be able to buy tyres that are completely impervious to punctures.

Also peering into the not-too-distant future, visits to dealerships may become less onerous for owners if a new tech startup proves successful at streamlining the maintenance process, potentially bringing drive-through convenience to scheduled servicing. No more waiting room boredom? Sign us up.

But it seems that coaxing car owners back to dealership still remains a challenge, with more than half a million cars still yet to have rectification work done as part of the on-going Takata airbag recall. If the dual carrots of both a free airbag replacement and a significant boost to peace of mind aren’t enough to get owners back in, then what is?

The crash safety message this week also threw a spotlight on Australia’s elderly motorists, who are potentially putting themselves at significant risk of injury – or worse - by using car seat accessories to improve comfort.

That’s all for this week. Stay safe!