The Australian developed Ford Everest Trend is now available in a two-wheel-drive version that’s $5000 cheaper than the 4WD equivalent.

1. The Ford Everest 2WD weighs 98kg less than the four-wheel drive. That’s because Ford has removed the front drive shafts and the transfer case that form an integral part of the AWD system.

2. The Everest 2WD sits a millimeter or two higher than the equivalent Ford Everest 4WD version. That’s because of the weight that has been taken out. However, its ride height is still claimed at 225mm – the same as the 4WD models.

3. The 2WD has the same springs as the 4WD version, although the shock absorbers (or dampers) have been retuned to account for the lower weight. 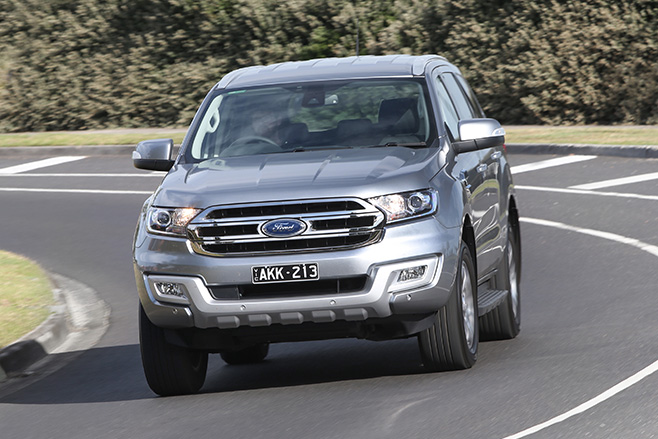 4. The Everest is based on the Ford Ranger ute. It uses the same engine and basic architecture – as well as some interior components – but it gets a unique SUV body on top.

5. The Everest RWD uses a fraction less fuel than the 4WD models, mainly because it is slightly lighter. According to the official fuel figures the 2WD uses 8.4 litres of diesel per 100km version compared to 8.5L/100km for the 4WD.

6. Like the 4WD Everest, the RWD model is rated to drive through up to 800mm of water.

7. The rear-drive version of the Everest is only available as a single model, the Trend. It is $5000 more affordable than the 4WD version of the same car. If you are choosing the 4WD models there are three Everest models to choose from; the most affordable Ambiente, the Trend and the leather-clad Titanium luxury model. 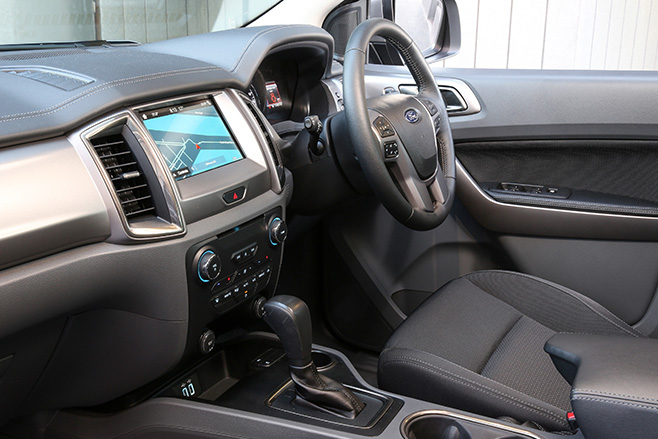 9. Ford is planning updates and additions to the Everest range in 2017. Expect a larger touchscreen on the most affordable Ford Everest Ambiente. Currently it gets a tiny 4.2-inch screen versus the 8.0-screen of the Trend and Titanium. Ford will also add a five-seat version of the Everest in 2017; it will have more space under the boot floor where the third row of seats would otherwise fold in to. 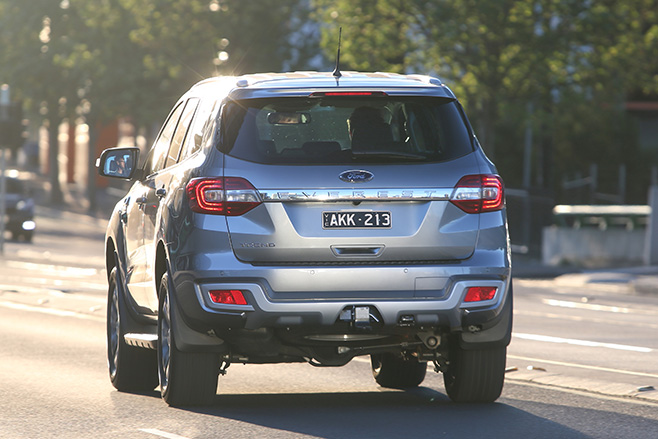 10. Like the Ranger, the Everest was designed and engineered in Australia but is produced in Thailand. Most of the development testing was conducted in Australia.

11. The Everest RWD gets the latest Sync 3 connectivity system being rolled out across the Ford range. It includes Apple CarPlay and Android Auto, allowing smartphones to be controlled through the centre touchscreen and using voice operation.

12. Ford is working towards a family of SUVs where each one begins with the letter E. Currently there is the Ecosport and Everest. In early 2017 Ford will discontinue the Kuga and replace it with the Escape (it’s the same basic car just with some minor updates). Production of the Ford Territory has ceased, with dealer stocks expected to be depleted early in 2017. Then in 2018 Ford is planning to import the Edge, a five-seat SUV expected to be priced from about $40,000.