One of Nissan's most compelling offerings, this SUV with a quirky name has a lot to like

Meet one of Nissan’s most convincing SUV offerings, the Qashqai. Yep, pretty strange name! It follows up on the success of its predecessor, the Dualis, so it has big boots - or should we say tyres - to fill. Not only that, the small SUV market is fiercely competitive and Nissan needs to kick some goals to achieve market leadership in this crowded field.

WHAT STANDS OUT
Every Qashqai features cruise control, Bluetooth and a colour touchscreen, a clear and comprehensive reversing camera, alloy wheels and six airbag. All models are covered by a three-year, 100,000km warranty.

Its high-riding position ensures good visibility for all passengers. The turning circle is tight - great for that three point turn at school drop off.

Even on models with large alloy wheels, the Qashqai has well-planted suspension that capably handles inner city speed bumps and potholes. 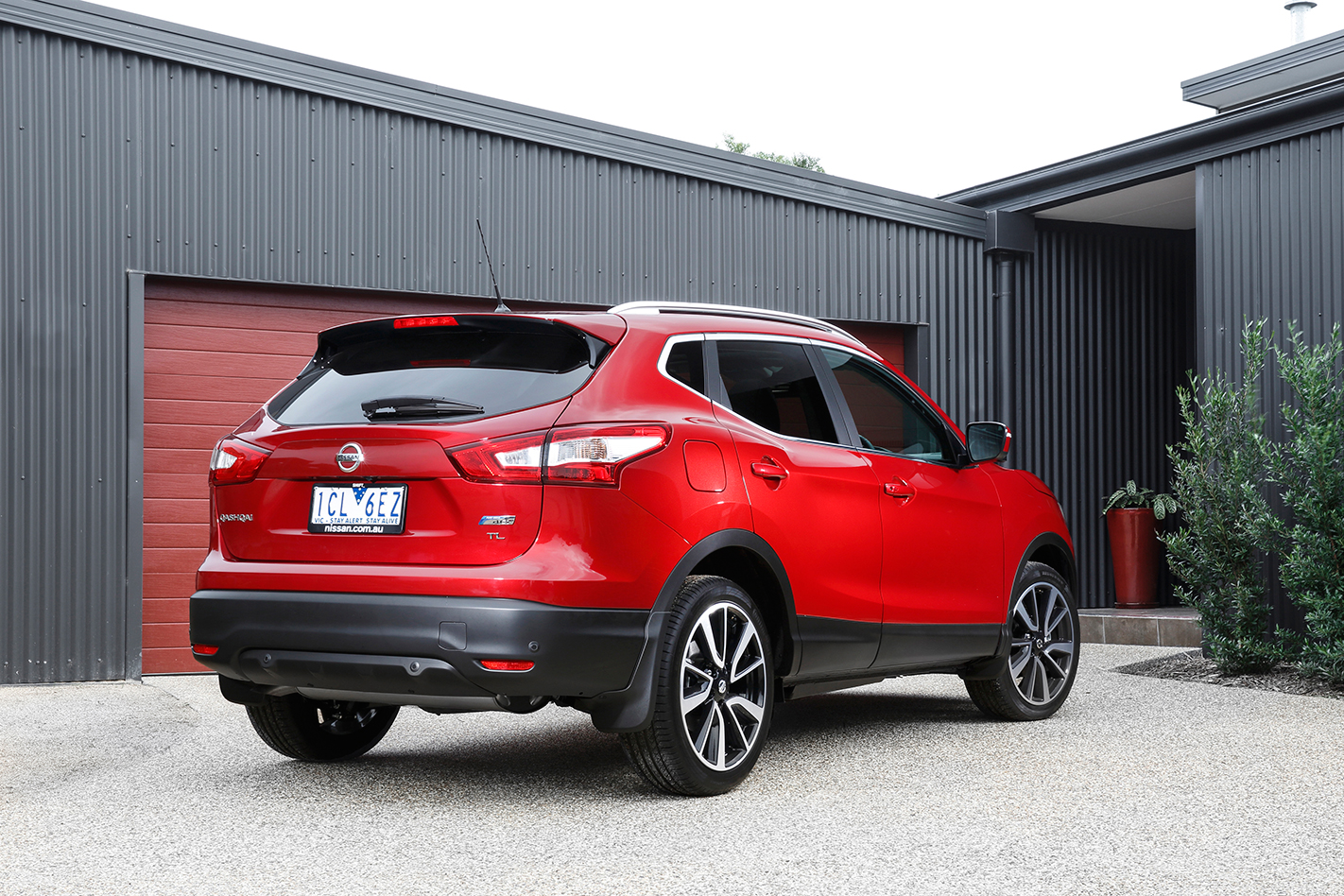 WHAT’S INSIDE
The cabin is comfortable and uncluttered. The “leather accents” - which is code for combination of real and fake leather - still feels good on the shift knob and tiller in higher-spec models, which come complete with audio controls. The front seats are also leather accented in Ti and TL models, and, best of all, heated. But only the driver gets 6-way power adjustment.

This colour touchscreen is smaller in the lower model grades, but all of them feature the NissanConnect phone integration, which can be a little confusing and cumbersome to use at first, but once hooked up does well for linking your music and calls with the car.

I find this centre console bin - with its handy USB port – can be like a black hole of storage spaces; nothing - including sunglasses, iPhones, kids’ Shopkins - can escape its strong gravitational effects. But the highlight of the Qashqai’s interior is this - the massive panoramic sunroof, which is standard on Ti and TL models. It’s great for letting in the light, although it can strain the aircon on hot days.

Talking of temperature it’s a shame there are no air vent for rear passengers. Despite this, the back pew is comfortable and easily fits three kids, or two adults with the centre console down. The good news is all models have a generous 430L boot, which has these two handy hidden drawers built into the floor to hide your valuables. All models have a space-saver spare underneath. 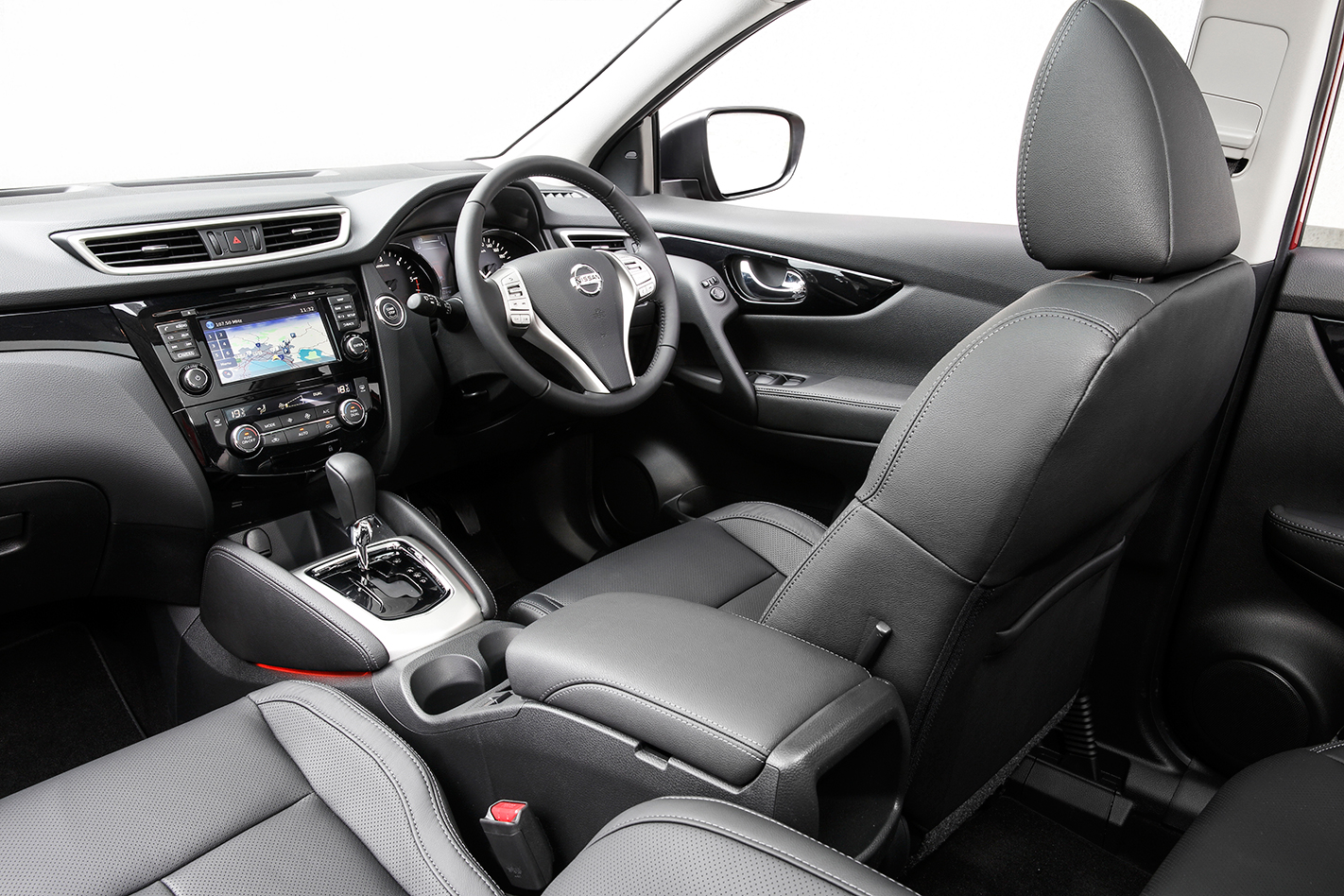 The two petrol variants are available with either a manual transmission or CVT auto, and kick range with the competitively priced ST manual followed by the upper-spec Ti. The two turbo-diesel variants include the more accessible TS and top grade TL, which we have here. Official fuel consumption for the diesel is just 4.9L/100km.

Sadly on the colour front only white and black come as standard. You’ll have to cough up a bit extra for the six other swankier colours.

The higher-spec petrol Ti model is the one we’d buy. It uses 6.9L/100km with a CVT, which is slightly more fuel than the diesel, but it’s respectable and better to drive, especially when taking off from a standstill. Plus it has the full range of standard equipment, including safety gear, which makes the Qashqai most enticing.

SUMMING UP
Don’t be fooled by the off-road look. The Qashqai is best suited to city and urban driving. But the high-riding position and well-judged suspension makes negotiating the jungle of arterial roads less threatening; there’s no sense of being swamped by bigger vehicles. It’s comfortable behind the wheel making it a great, family city runabout.