Shopping at the low end of the market doesn’t mean you need to compromise on quality.

It’s often said that base models only exist to get people through the doors. Many new car shoppers might head into a showroom to check out the car with the most attractive pricetag, but once they catch a glimpse of something up-spec sitting next to it they’re suddenly more inclined to splash a little more cash. 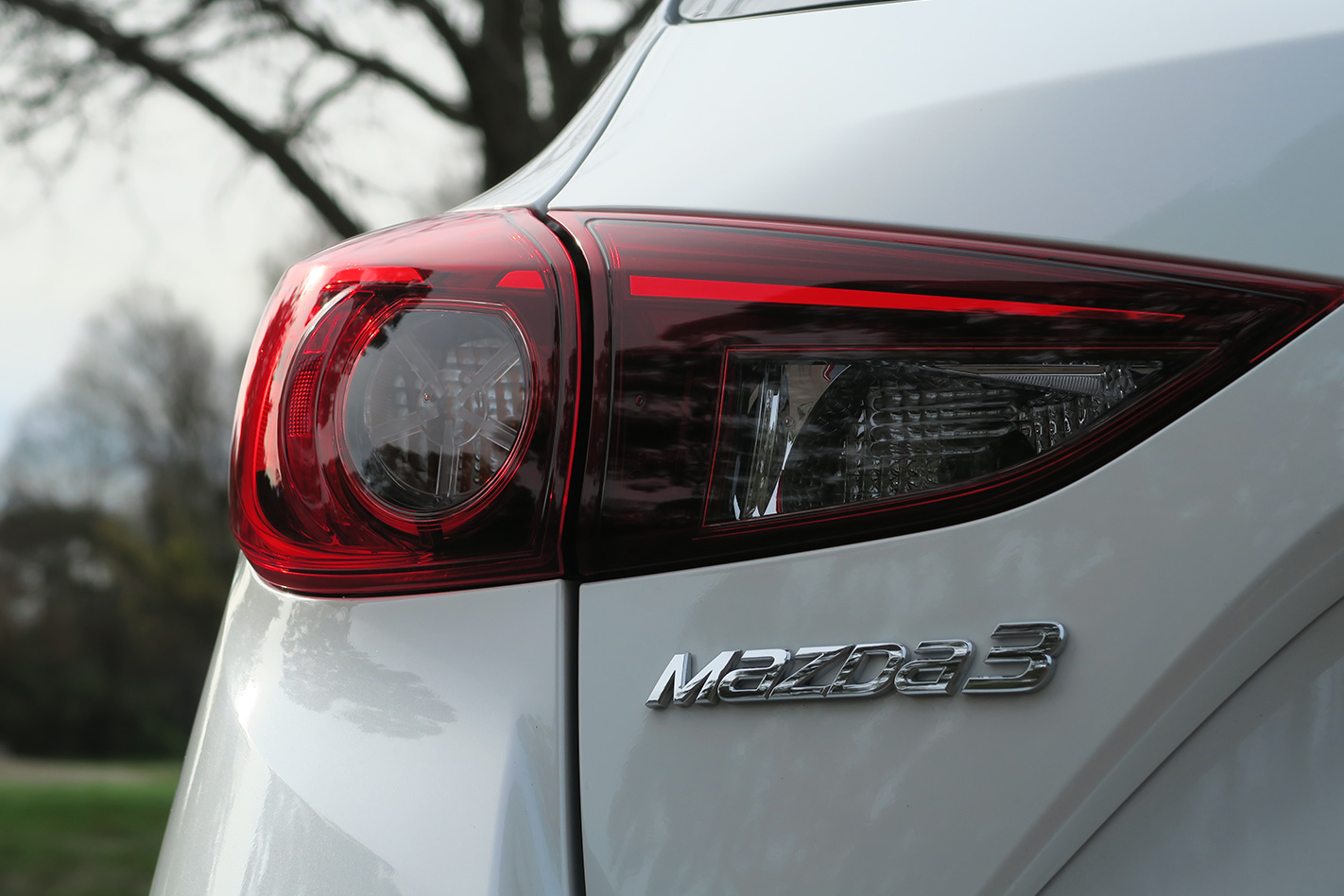 But what about those who are immune to the up-sell? Well, if you’re in the market for a small Mazda you’re in luck, because despite its age and budget positioning, the entry-level Mazda 3 Neo Sport proves that you don’t always have to spend big to get that premium feel.

The Mazda 3 Neo Sport is Mazda’s most affordable and most basic small car offering. Priced at $21,490 in the six-speed manual form tested here (add $2000 for a six-speed automatic), the Neo Sport benefited from a model year update that arrived in February, bringing a touchscreen infotainment display, digital radio, two extra speakers and a reversing camera. 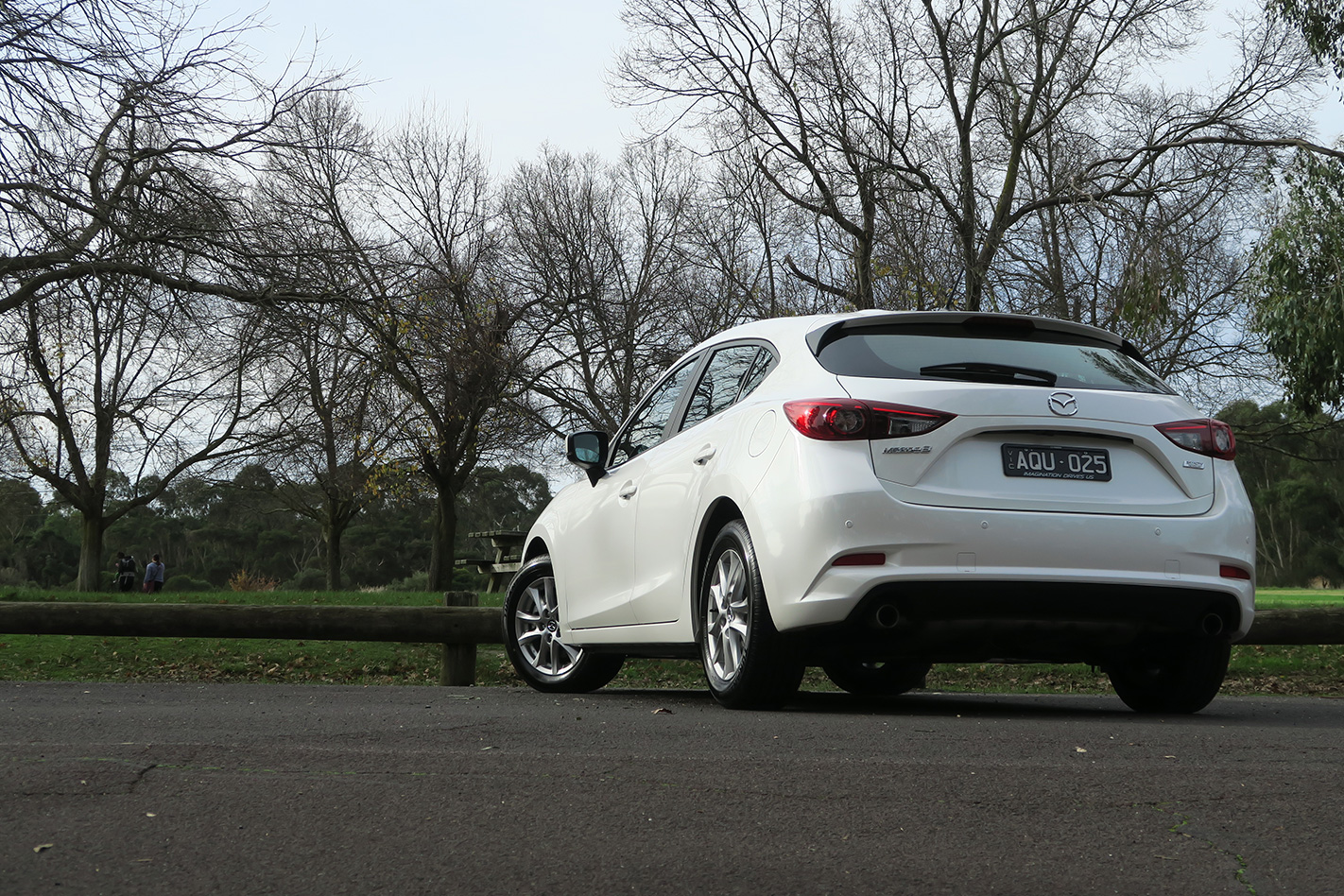 Power is provided by a naturally-aspirated 2.0-litre petrol generating 114kW and 200Nm, and burning 5.9L/100km of petrol on the combined cycle.

Quality. This is where the Mazda3 schools the bulk of its competitors, for even the base model Neo is blessed with an interior that not only looks borderline premium, but feels good to touch and is screwed together tightly. It may have a bare plastic steering wheel, but the texture and feel of that urethane rim is nicer than some leather-clad wheels. In fact, the only class competitors that convincingly beat it for cabin quality and presentation are the European Peugeot 308 and Volkswagen Golf.

Steering and handling. The Mazda 3 has long been one of the best-handling options in its segment, and the crisp, linear steering and superb chassis dynamics that routinely attract praise has been baked into every variant. All 3s are now equipped with Mazda’s “G Vectoring Control” tech, which subtly tweaks the engine output to further enhance cornering capability. The effect is subtle, but the end result is a car that isn’t just agile and grippy, but one that’s genuinely good fun to drive. 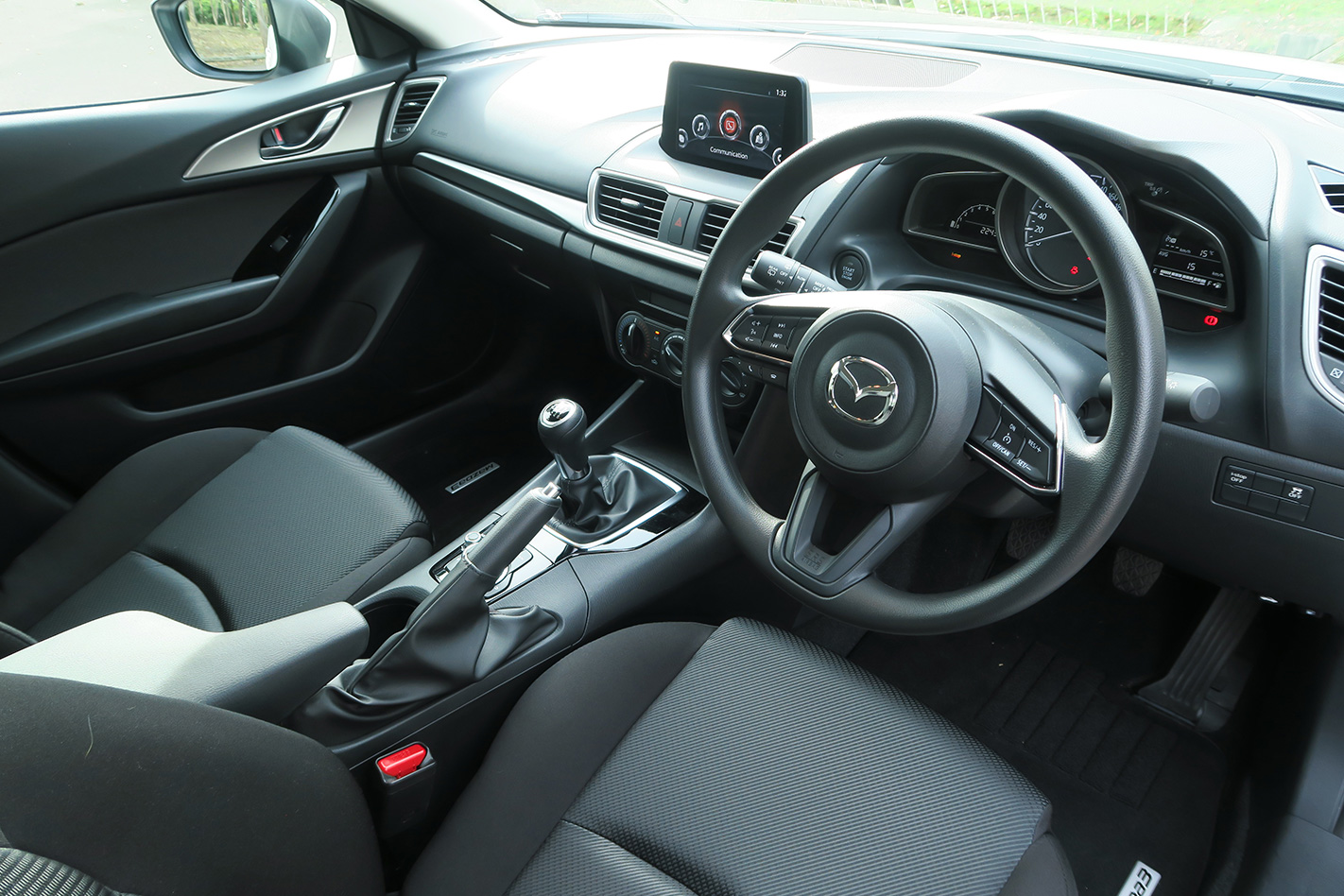 Ergonomics. Excellent handling is meaningless if you’re not comfortable behind the wheel, but there’s further good news here for the Mazda. With plenty of adjustment in the tilting and telescoping steering column, as well as a wide range of height adjustment in the driver’s seat, it’s a cinch to find a relaxed position behind the wheel. It’s further aided by the infotainment’s rotary control dial that’s mounted behind the gear selector, where your left hand naturally falls. Easily navigable by touch, it provides a superior alternative to interacting with the screen than by reaching out and prodding the on-screen buttons – which you can also do, if you prefer.

Fun manual. Yes, we know that the vast majority of small car shoppers wind up selecting an automatic transmission, but the standard six-speed manual is a delight in the Mazda 3. It has a crisp and precise shift feel that slots easily into each gear, along with a clutch pedal that’s easy to modulate in traffic – if you’re the kind of person who enjoys that level of engagement when driving, definitely check out the manual. For everyone else, though, the good news is that the automatic does a superb job of putting the engine’s power to the ground, with sensible gear ratios, swift kick-down performance and snappy gearchanges. 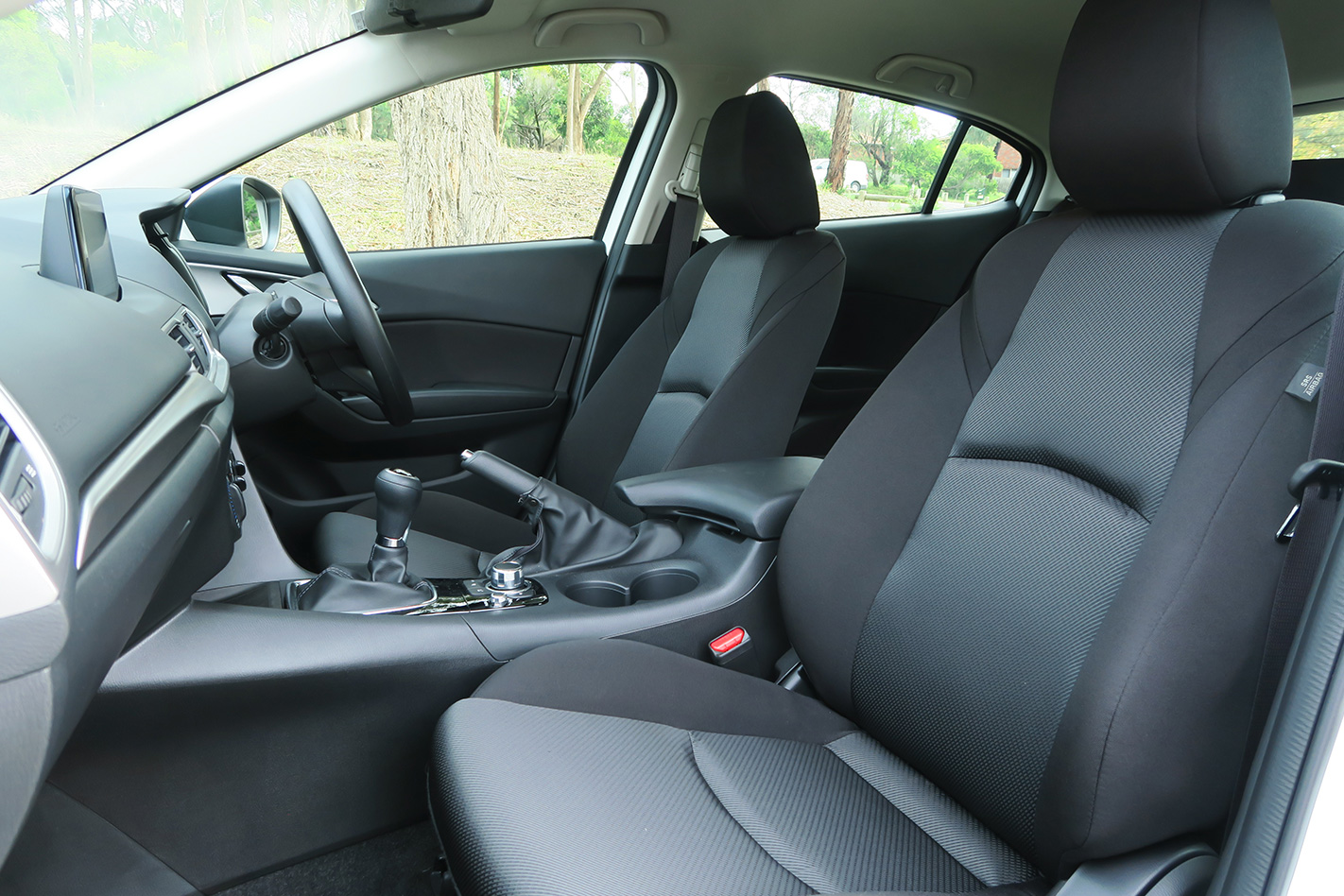 Sound suppression. Mazda 3s have a reputation for being a bit noisier when travelling at speed, but the Neo Sport’s chubbier sidewalls and 16-inch alloys help quell some of that road roar.

Equipment levels. The basics are well covered with the Neo Sport. A push-button starter means you don’t need to jam your keys into an ignition barrel, the six-speaker audio comes factory-fitted with a digital radio tuner, the 7-inch infotainment screen is both functional and good-looking, there are two USB ports, engine auto start-stop helps save fuel, autonomous emergency braking adds an extra level of safety while rear parking sensors and a rear camera help you squeeze into tight spots. The omissions are few, but we’ll get to them below.

The Neo Sport’s infotainment system taunts you by giving you a big shortcut button marked “NAV”, but once pressed it goes to a placeholder page that tells you to ask your Mazda dealer to enable the satellite navigation feature. Furthermore, it displays latitude and longitude coordinates that indicate that the car is fully prepared with the right hardware for integrated sat-nav, but Mazda has held back on the crucial map data and software element for the lowest-grade model. The Neo Sport is the only model in the range to not have satellite navigation as standard. 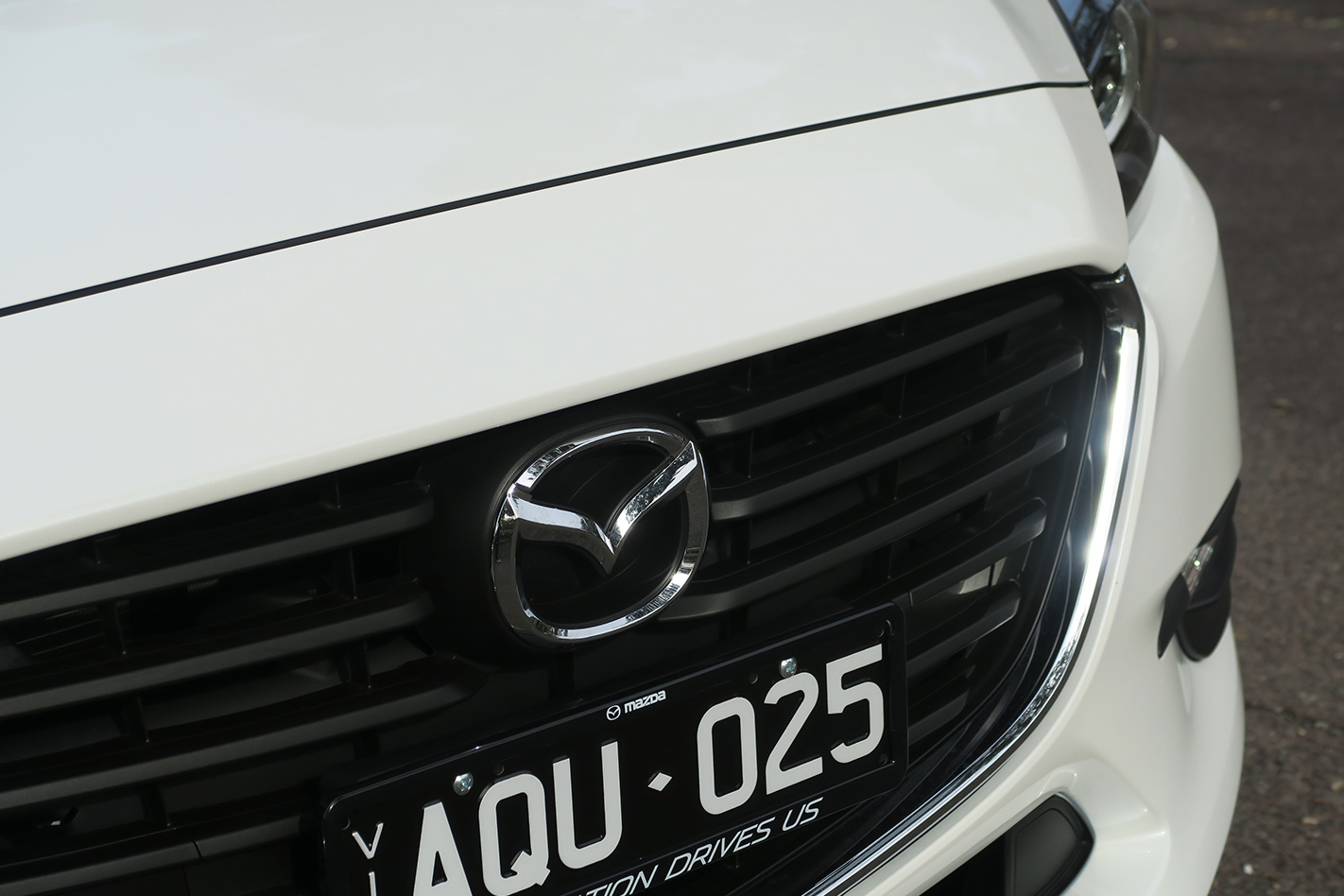 No smartphone mirroring. The above navigation issue wouldn’t be quite so bad if Mazda, like many other manufacturers these days, equipped the 3 with Android Auto or Apple CarPlay smartphone mirroring. Mirroring would allow you to use the navigation apps from your phone on the car’s built-in screen and provide a remedy to the lack of integrated sat-nav. Alas, Mazda doesn’t allow it.

Rear seat space. The back seats feel more cramped that a lot of other small hatches, with legroom that’s ‘adequate’ rather than ‘generous’ combining with a high beltline that makes you feel cramped – especially if you’re on the short side. There are no rear seat air vents either. 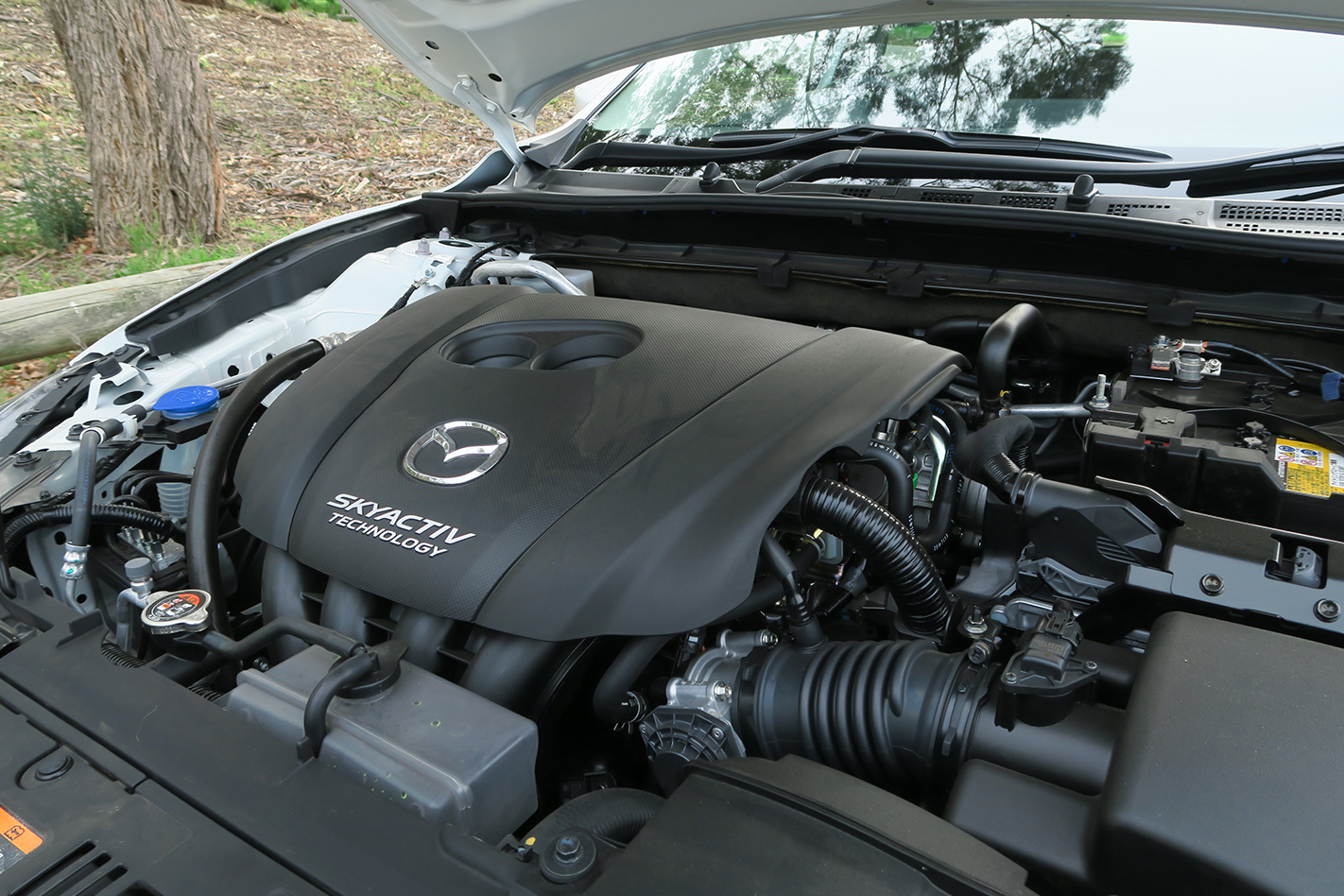 Shorter warranty period than many rivals. Mazda’s factory warranty only runs for three years (and unlimited kilometres), putting it behind a lot of key rivals when it comes to aftersales care. Kia is the leader with 7 years/unlimited kilometres, but Citroen, Ford, Honda, Hyundai, Skoda and Renault all have 5 year/unlimited warranties, while Mitsubishi offers coverage for 5 years/100,000km.

WHAT OTHER RIVALS SHOULD I CONSIDER?

There’s an abundance of small hatchbacks in the lower end of the $20K bracket, but the best of them includethe Honda Civic VTi, Hyundai i30 Active, Subaru Impreza 2.0 and Volkswagen Golf 110TSI. 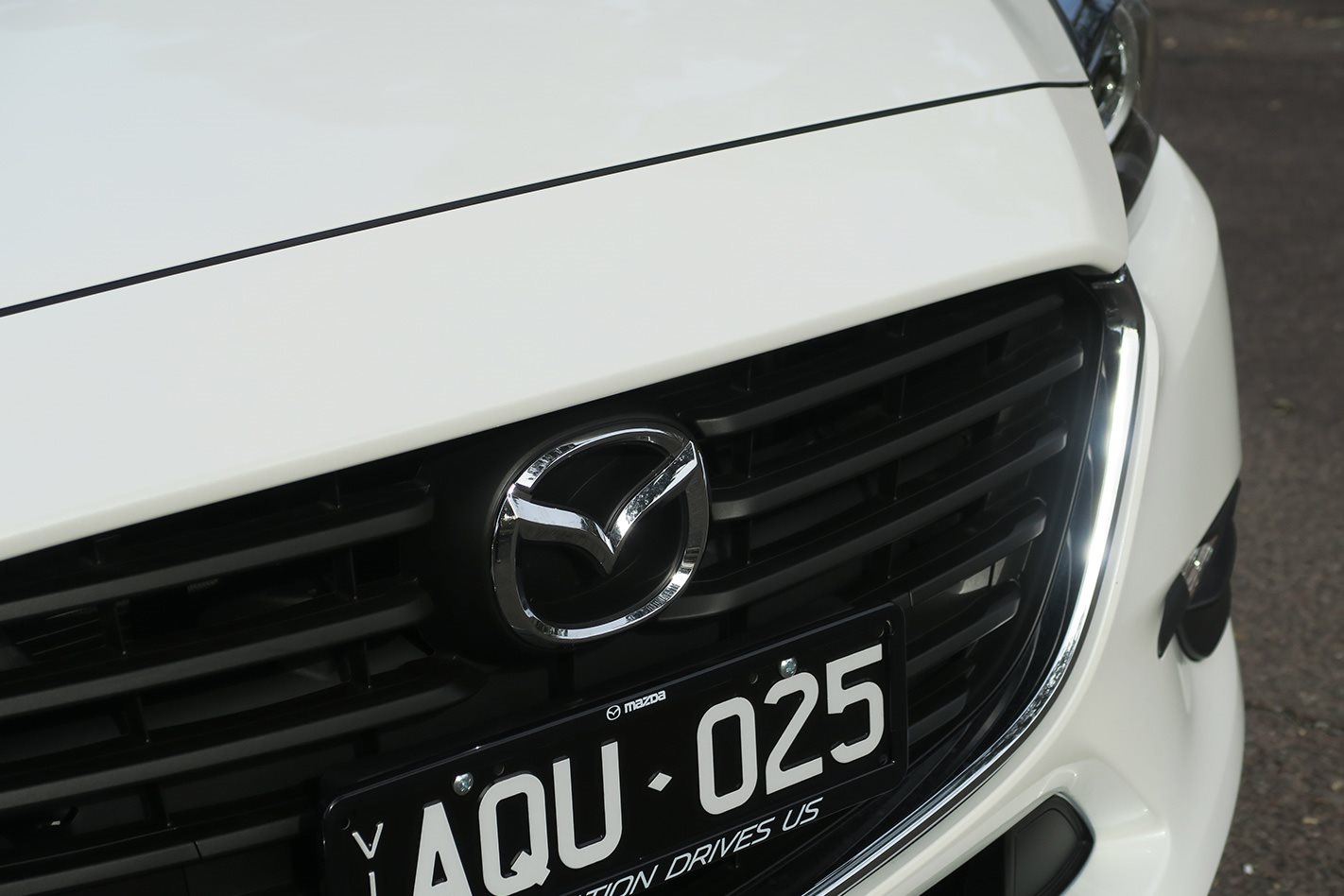 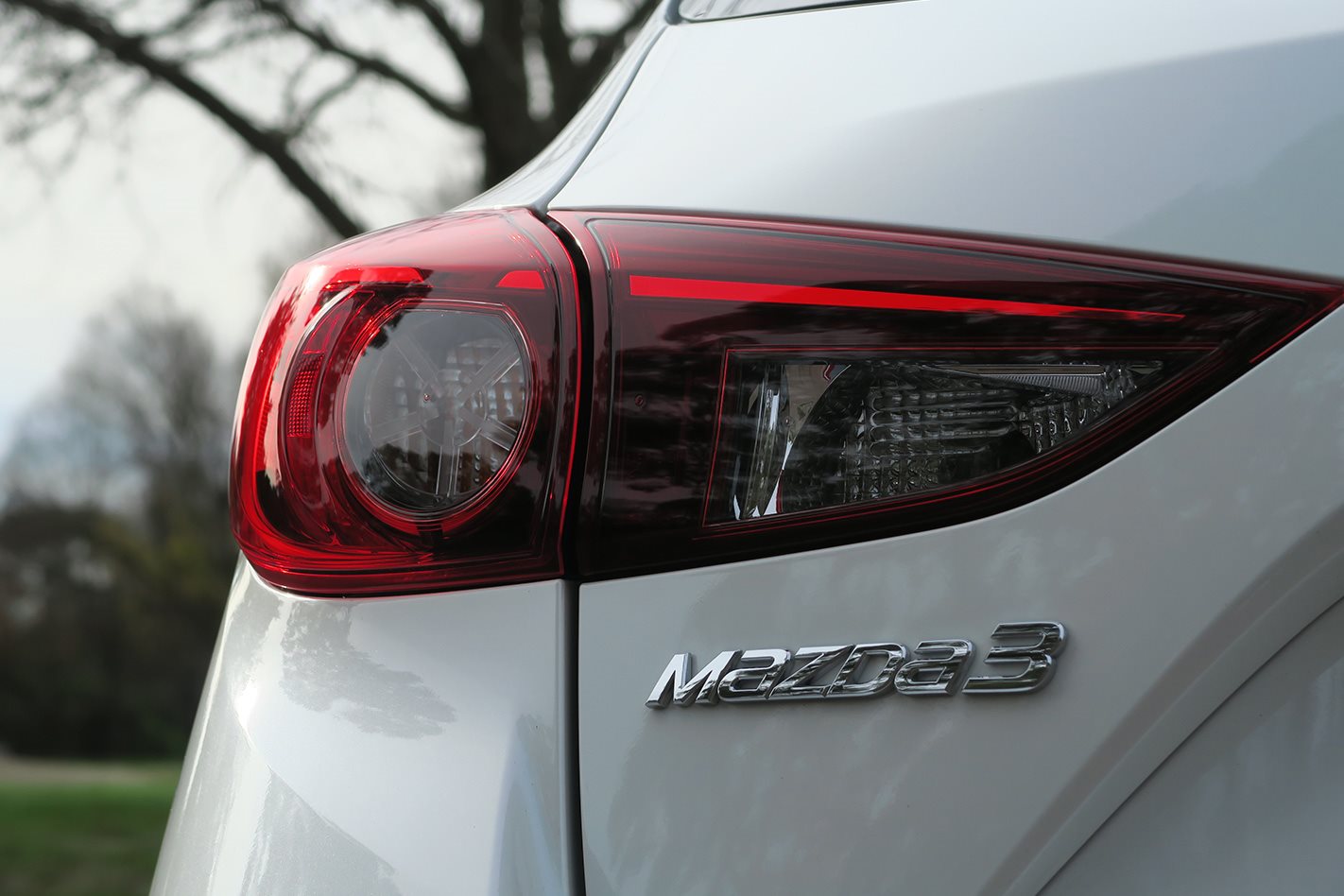 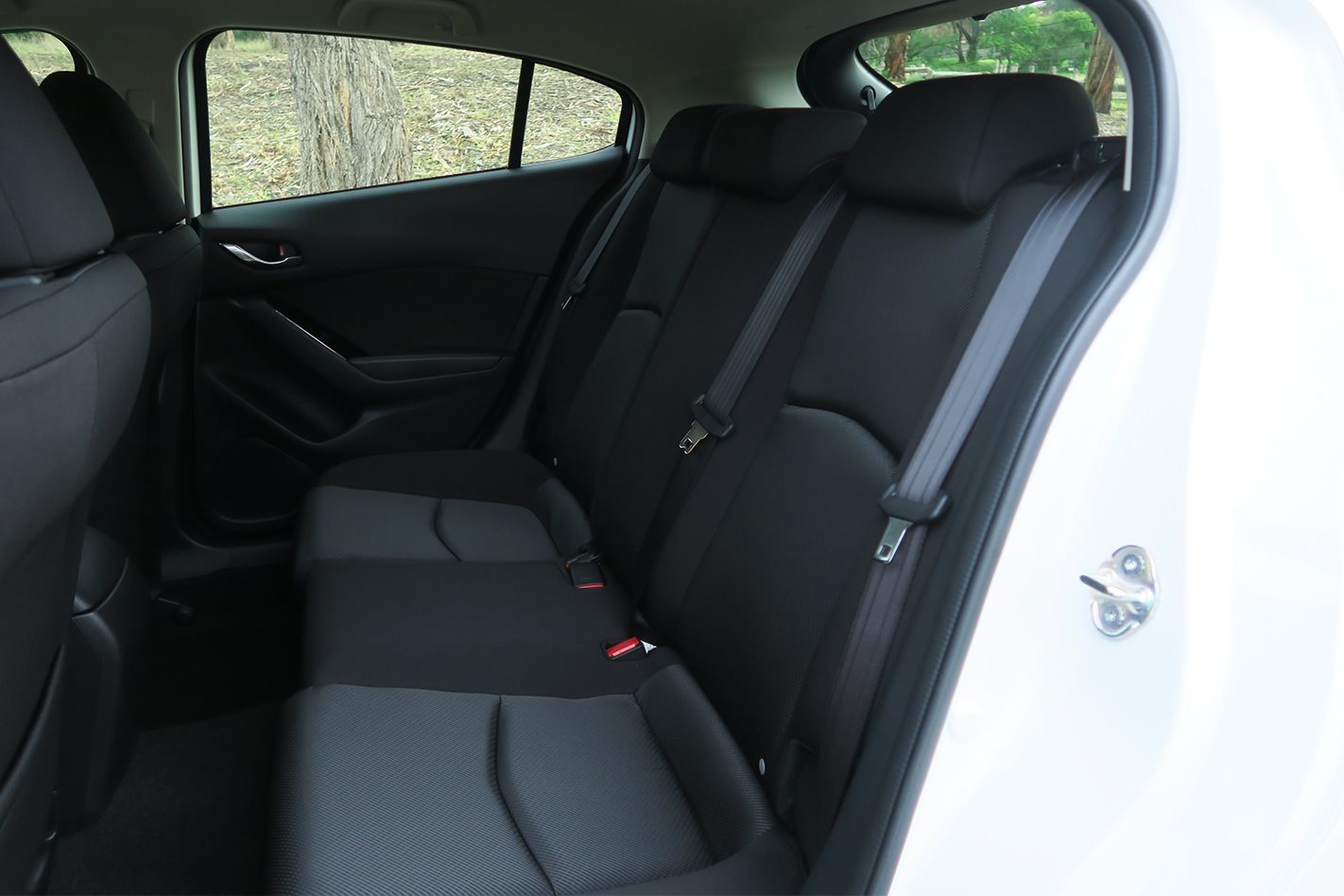 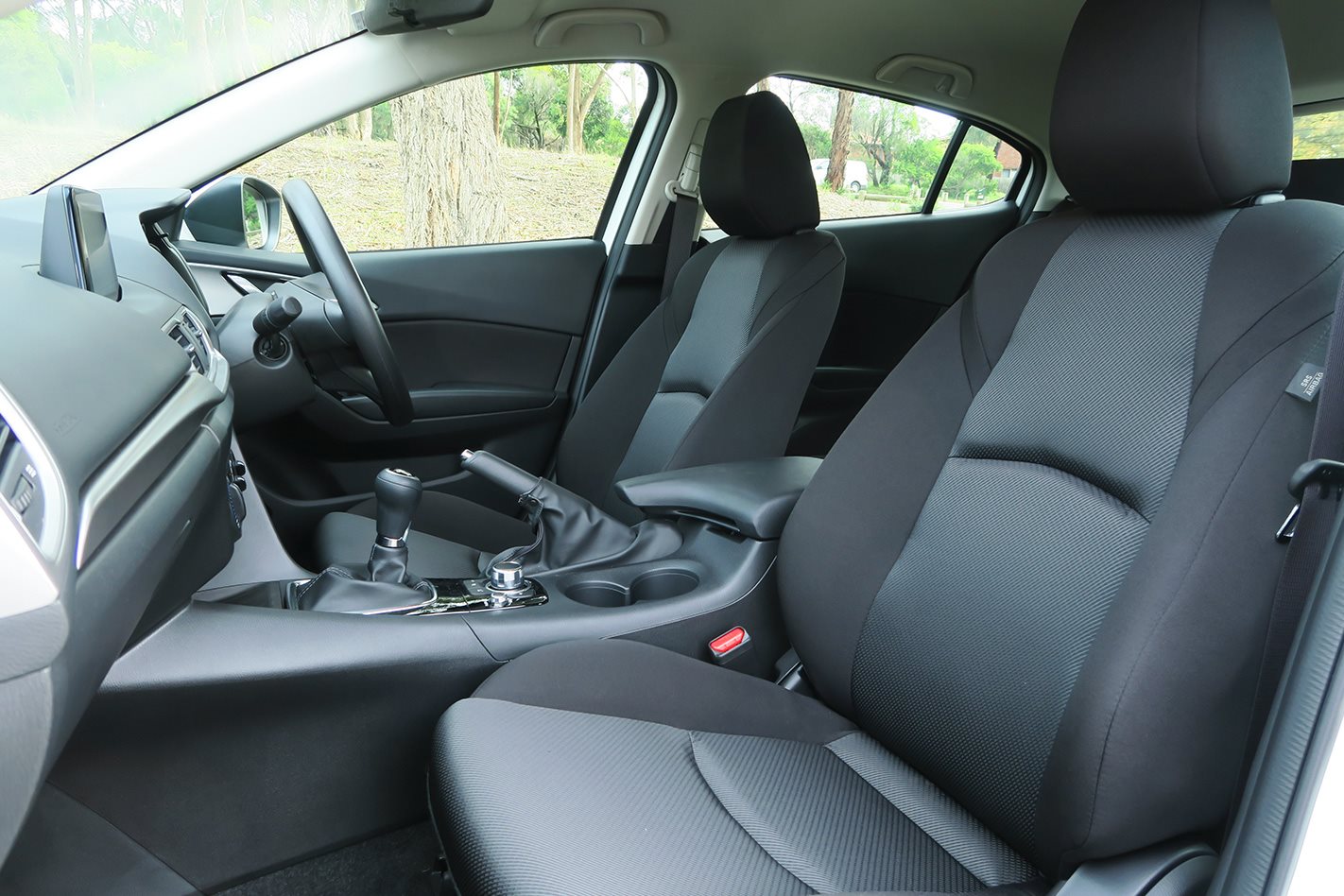 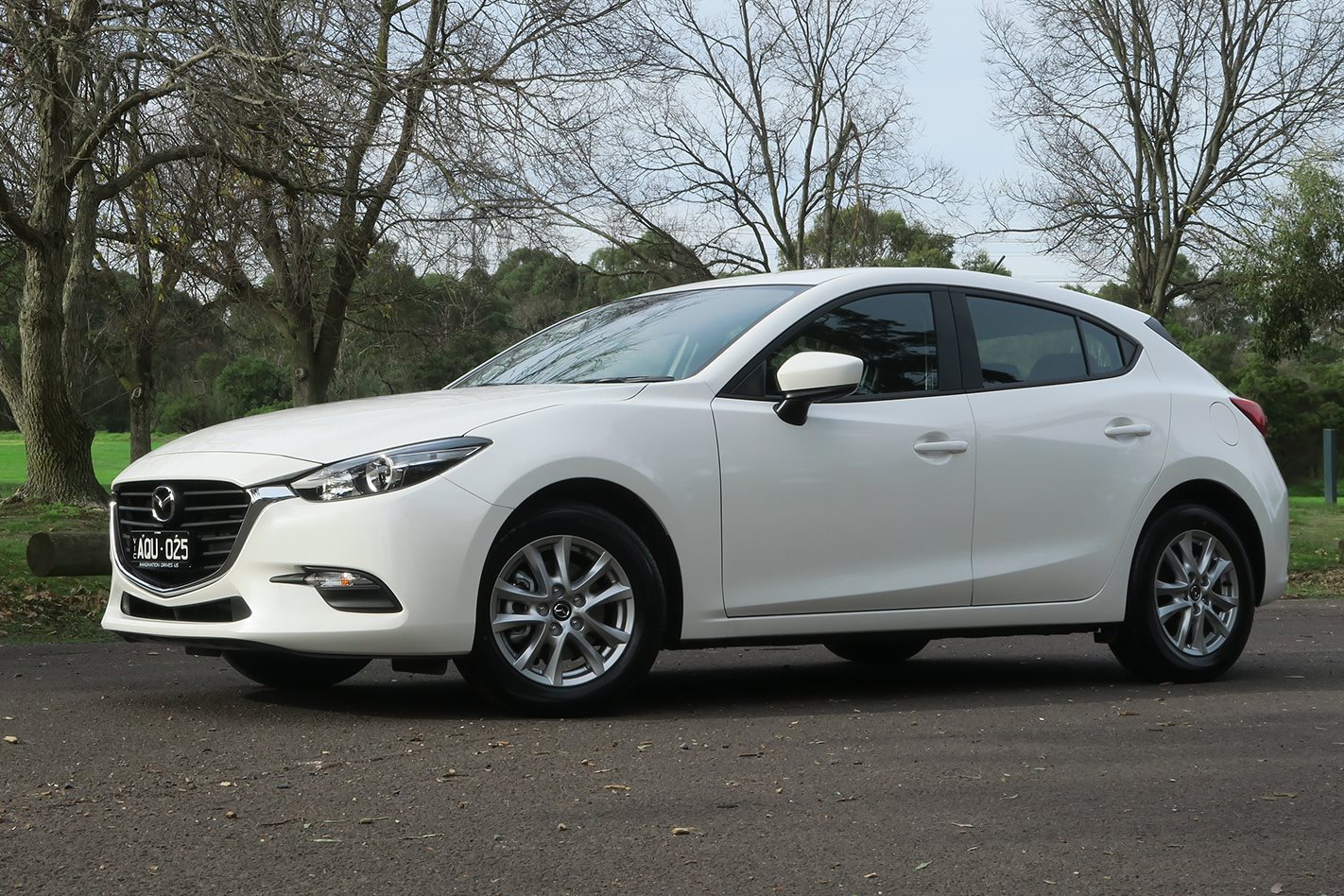 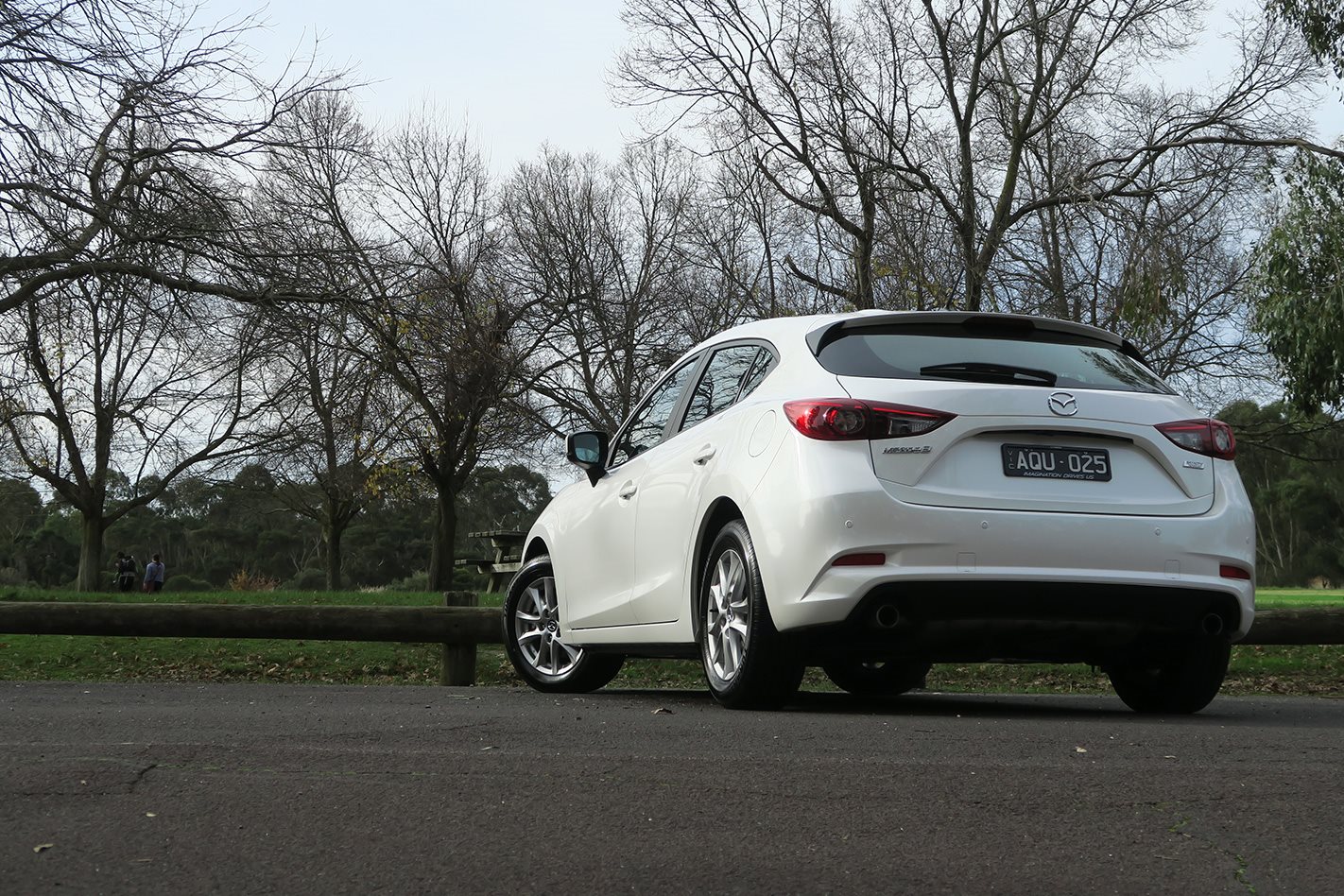 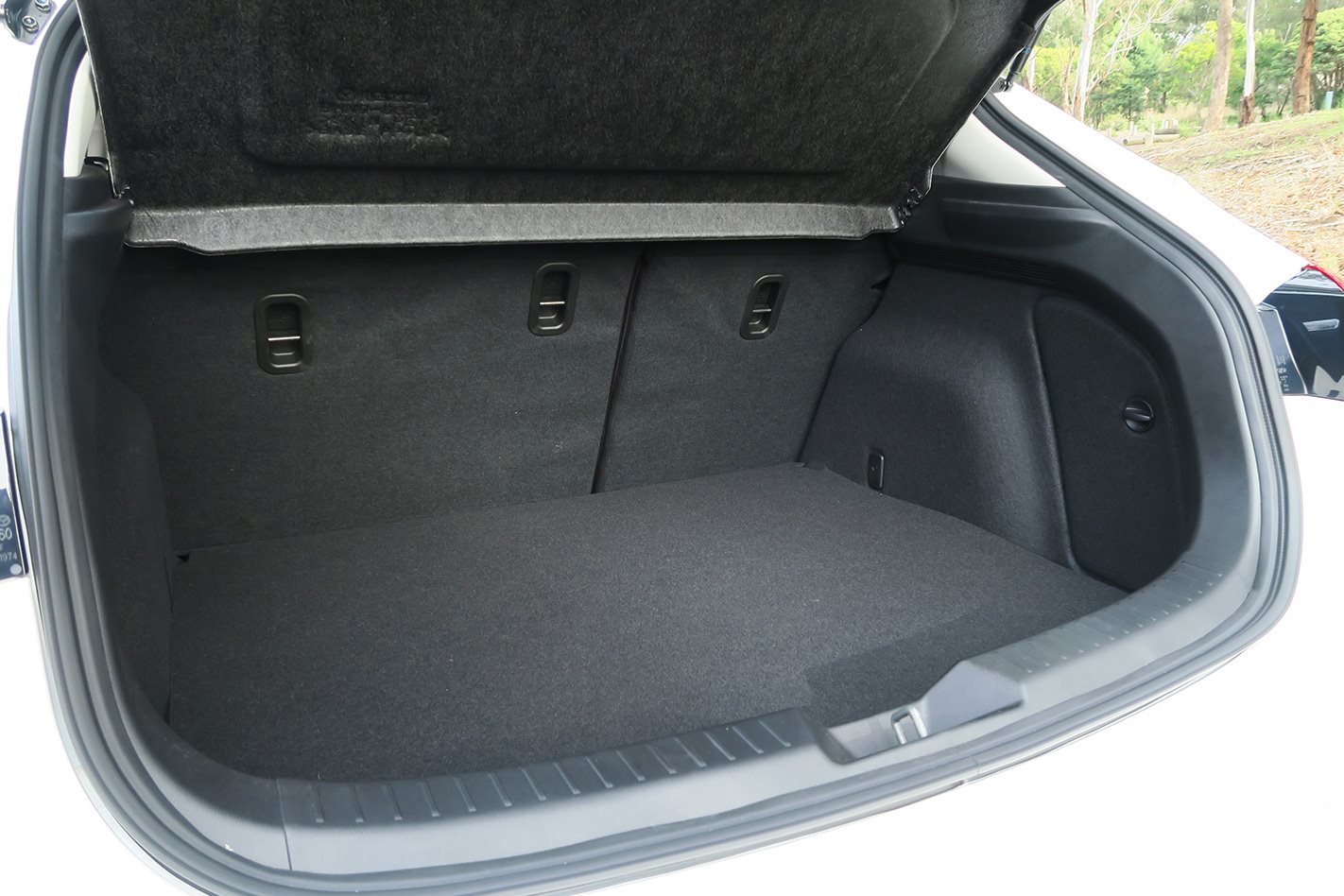 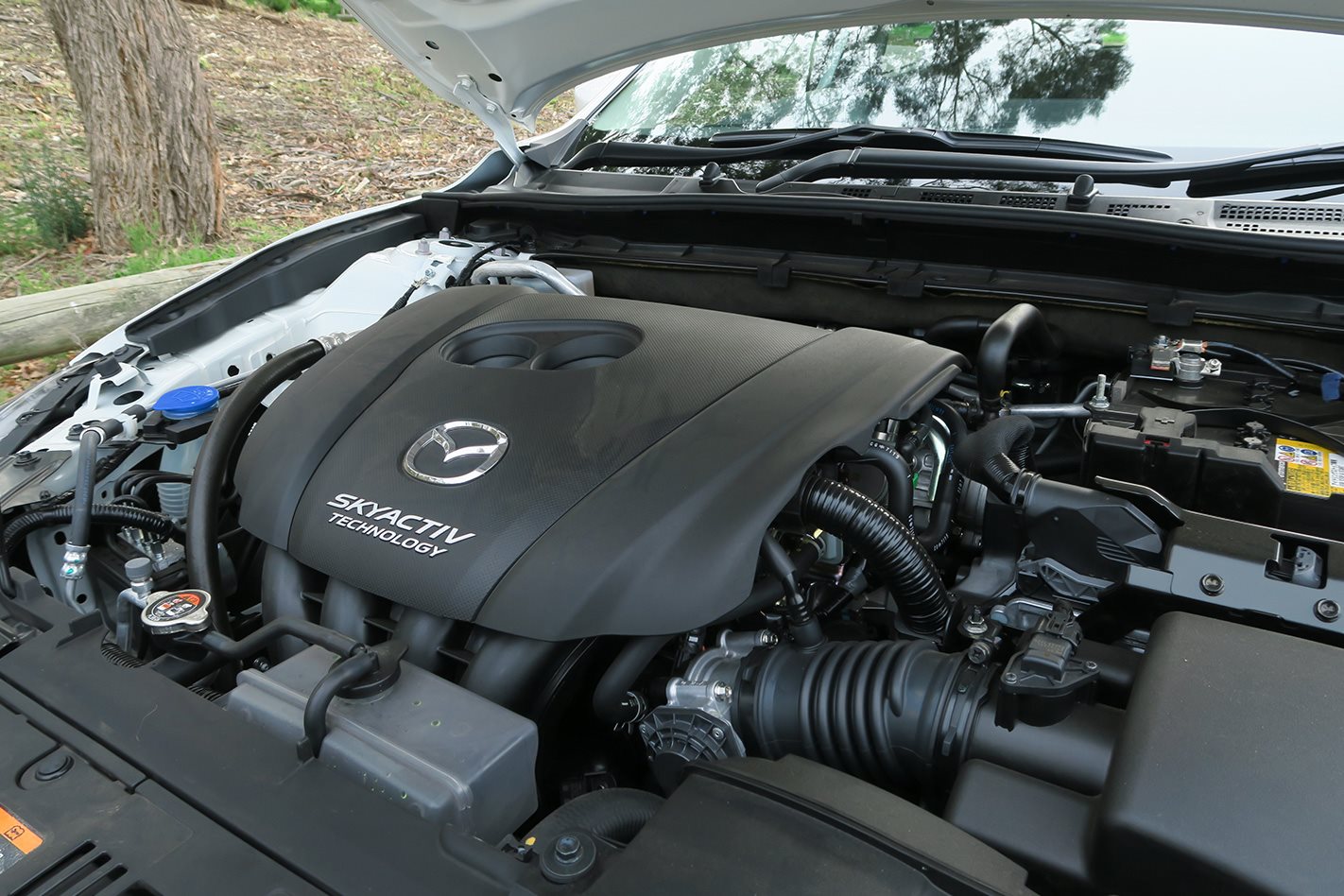 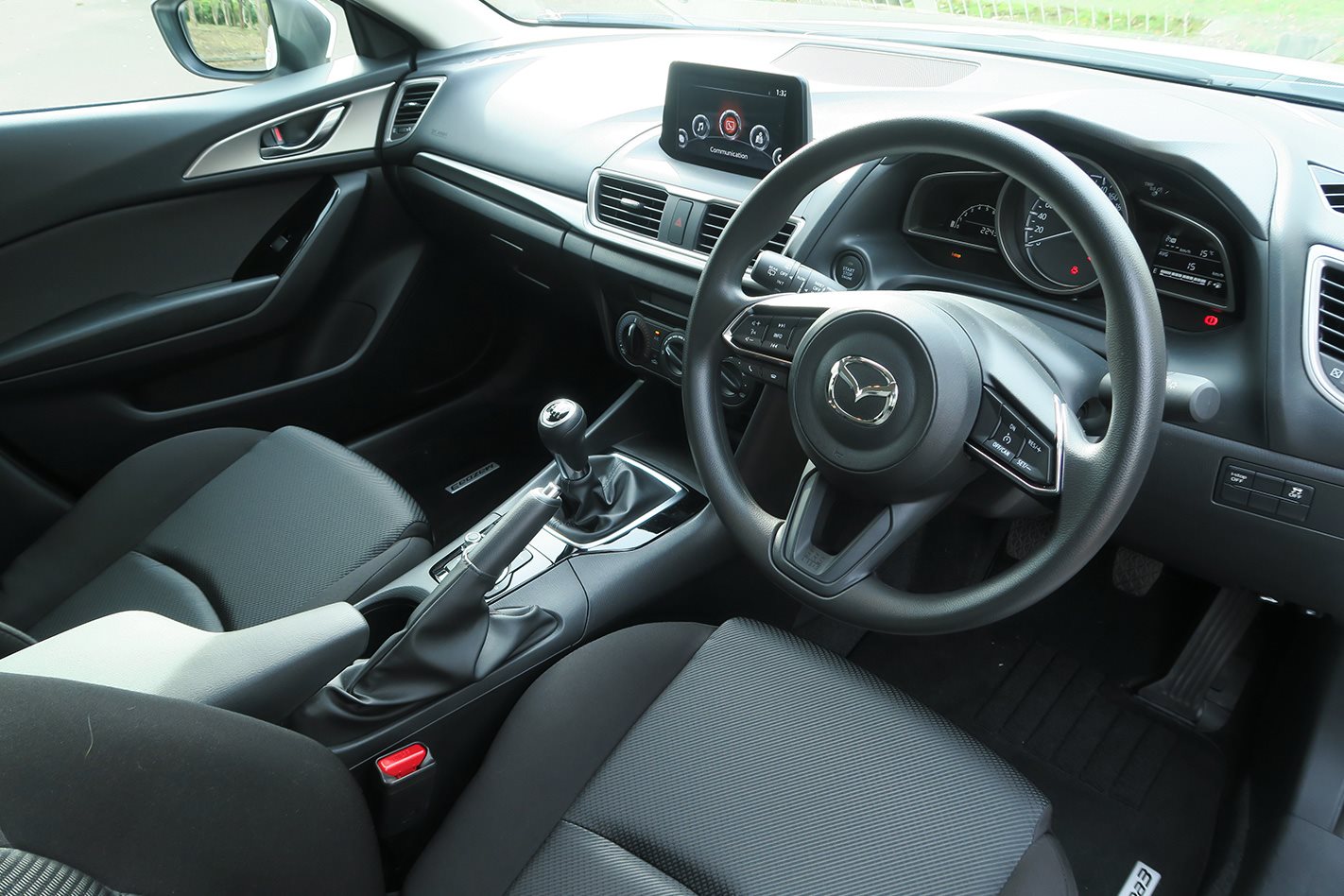