Clearly, dynamic ability was high on the agenda for the fourth-generation Ford Escape, which also leverages tech and trinkets to make a bigger impression against class heavyweights such as the Toyota RAV4 and Mazda CX-5. 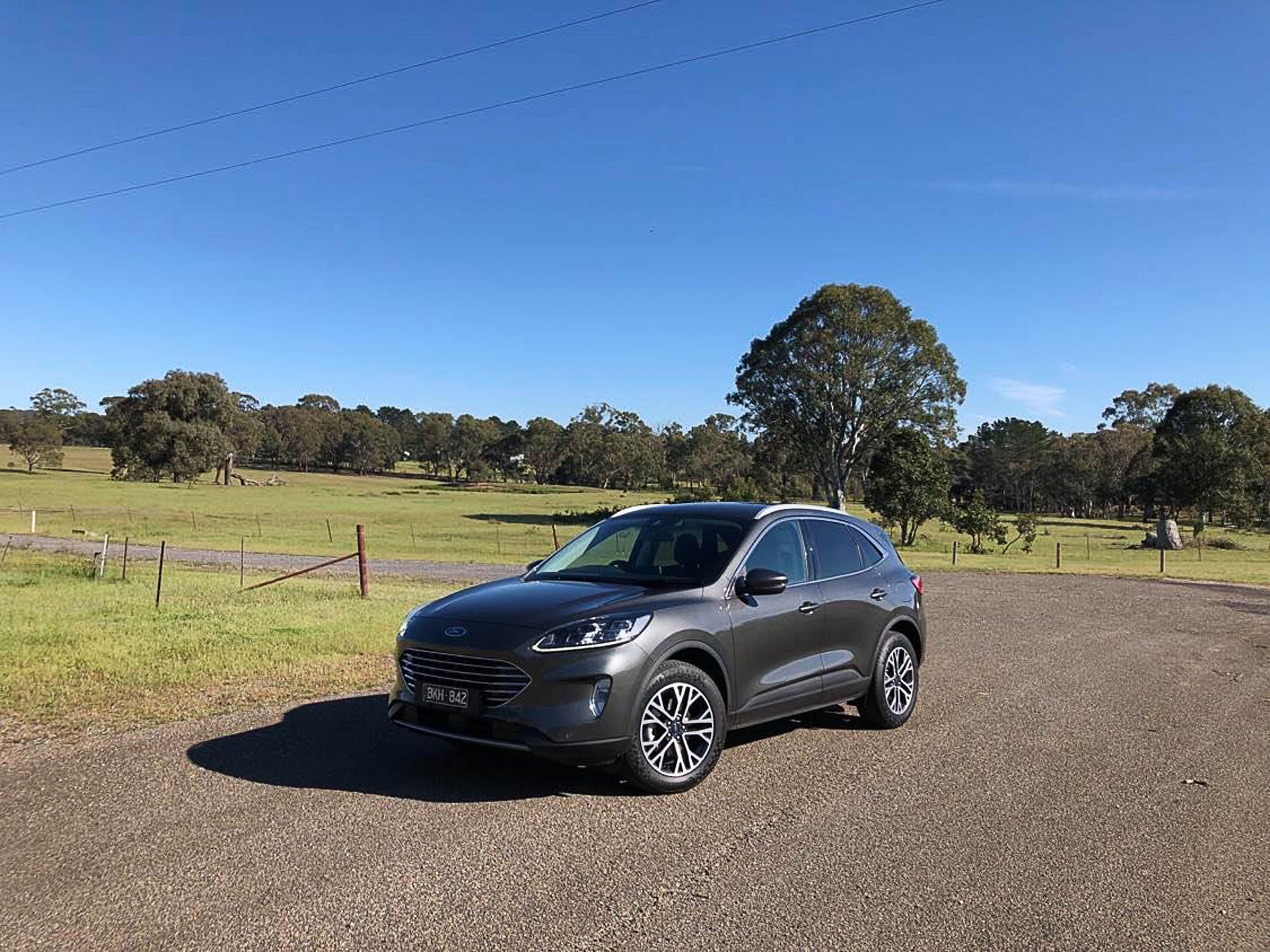 Despite its swollen Focus-esque physique, the new Escape is 90mm longer than the underperforming model it replaces (one that briefly wore the Kuga nameplate) and rides on a wheelbase that's been stretched by 20mm.

Pricing kicks off at $36,490 drive-away for a model simply known as Escape. Equipment levels are anything but simple, with Ford packing in gear some luxury cars still slug you for. 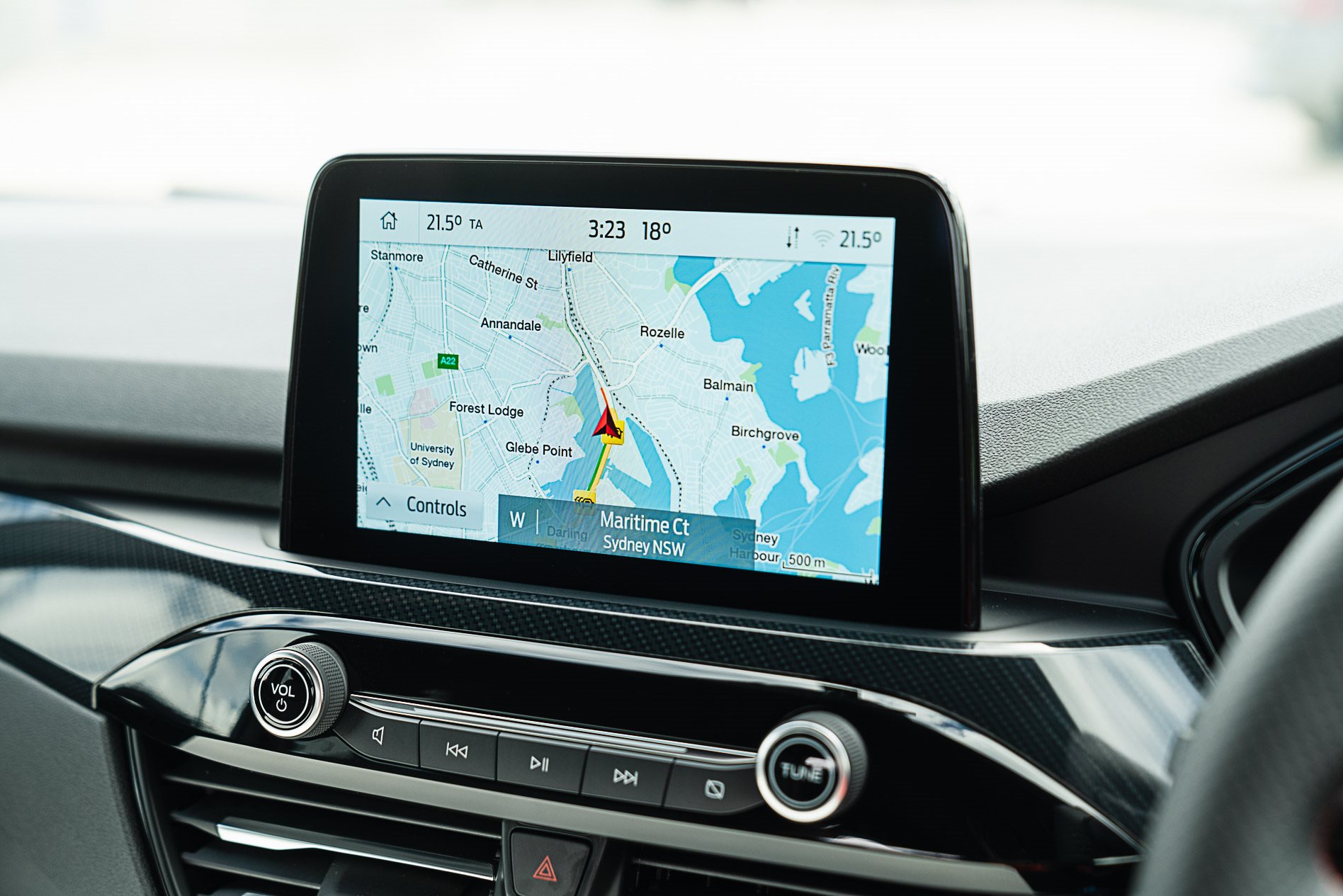 And there’s FordPass smartphone connectivity to unlock doors or start the engine remotely to get the air-con cranking before returning to the car.

Hugging the middle ground is the $38,990 ST-Line, with some (very) fake carbon highlights, red stitching and a sportier suspension tune.

MORE All the details on the Ford Escape

There's a new nameplate (for Australia, at least) at the top; the Vignale is $41,990 drive-away and adds 19-inch wheels, panoramic sunroof, head-up display, heated seats front and rear, partial leather trim and a powered tailgate.

All three get a different front-end look, too; the plain old Escape gets a formal slatted grille, the ST-Line adds black mesh and a more aggressive bumper, and the Vignale makes do with additional bright highlights.

Living with the Ford Escape

Inside there’s plenty of Focus influence, from the rotary gear selector and circular switchgear to the 8.0-inch touchscreen protruding from the dash and plain presentation.

There’s even a hint of Mustang in the 12.3-inch digital instrument cluster on ST-Line and Vignale.

The addition of the rotary dial tidies up the centre console nicely and allows for a little more space.

For example, there is a sizeable oddments bin under the centre which incorporates a wireless charging bay, while the centre console bin itself is deep and features little niceties like a pen holder and an extra charge point.

While it is ostensibly the entry grade car the Escape is well equipped. There are soft touchpoints for all extremities including on the lid of the centre console bin and on the top of the door cards, while the SYNC3 media system is easy to access and reliable to use.

The front seats, however, do feel a little small for the larger Aussie male. They're a little too short in the seat squab and a little too narrow through the base, and they also induce a bit of bum numbness after a couple of hours on the road.

Visibility out of the cabin is pretty standard for a modern SUV; there is excellent forward and side visibility but the rear three-quarter is compromised by a crowded C-pillar.

There is a small porthole window to assist but you are definitely relying on the rearview camera to back up. Speaking of, the clarity of the image for the camera is outstanding. 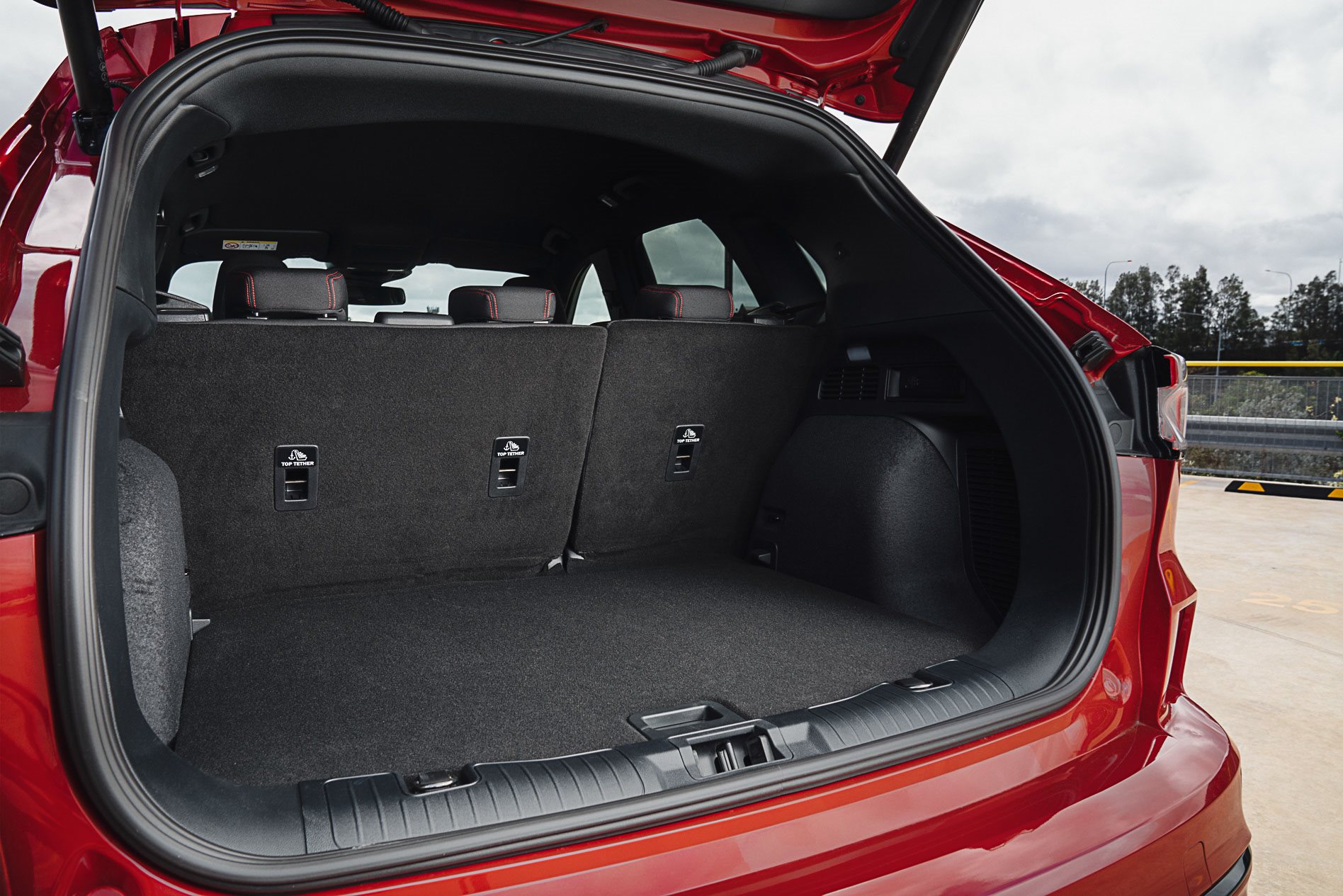 If you need to lug a boat or van, the Ford Escape's towing capacity is rated at a relatively low 1800kg with a braked trailer and 700kg without.

Rear seat room is always going to be important in a family-sized SUV, and the Escape doesn’t disappoint.

It has plenty of headroom even for taller kids, a decent amount of toe room and a good amount of shoulder room.

The relatively flat seat base also means that putting three kids across the back seat isn’t as much of a drama as it can be in other cars. There are ISOFIX baby seat mounts on the outside seats as well.

Beneath the bonnet, it’s a keep-it-simple strategy that’s killed off the turbo diesel and 1.5 petrol. All now get an evolution of the 2.0-litre four-cylinder turbo, power swelling to 183kW and torque at 387Nm.

Channelled through a new eight-speed auto, it makes for hearty mainstream SUV acceleration.

But that sending much torque through only the front wheels creates challenges.

Squirt it off the lights and scrabbling ensues. Apply steering lock and it’s amplified. There’s a case to be made for the $3000 AWD system available on the ST-Line and Vignale, even if you’re not planning rough-road jaunts. 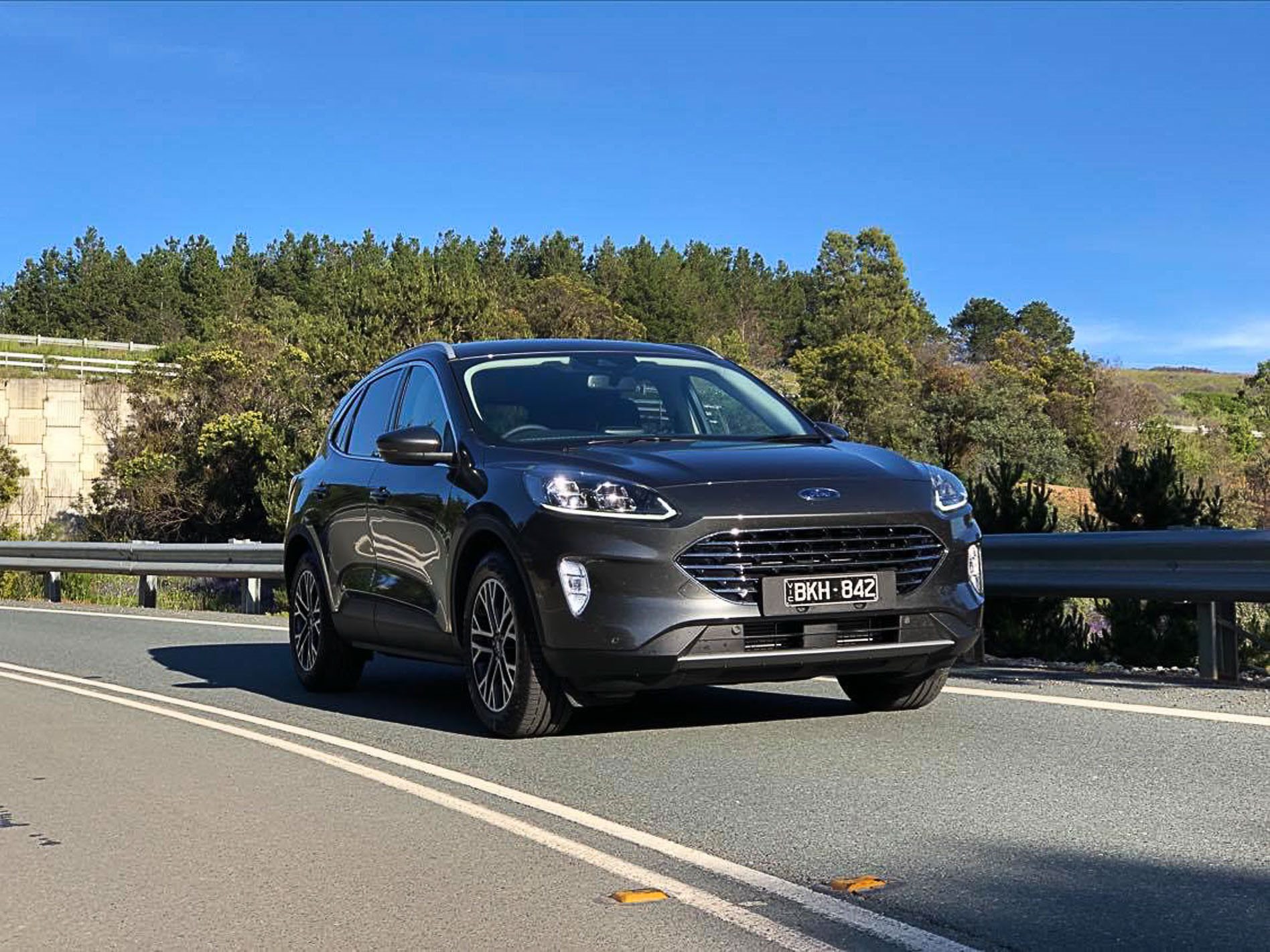 In either configuration, there’s also a hearty thirst for premium unleaded. The official average consumption matches its predecessor, at 8.6 litres per 100km.

Either way, it’s a big number; the urban consumption up to 12 per cent worse than the car it replaces.

With hybrid-powered Toyotas using almost a third of that, it makes the Escape’s city sell tougher.

A plug-in hybrid Escape was due to dovetail into the range from now, but it’s been delayed until late 2021.

There are reasons to smile elsewhere, especially out of town. Riding on Ford’s C2 architecture the dynamic foundations are sound, translating to an SUV that rewards cornering enthusiasm.

The new steering system is accurate and responsive, though perhaps it borders on too much for a high-rider.

But that prowess comes at the expense of comfort, especially in the ST-Line, which jiggles and jumps over less than perfect surfaces. The regular Escape is more settled and compliant but still errs towards the firmer side of comfort for family SUVs.

It’s an acquired taste, and the emphasis on driving nous has moulded the 2021 Escape to the point where it occasionally takes the focus off its suburban daily duties.

Ford has a mountain ahead of it to convince buyers that it's a serious player in the SUV game, but the Escape goes a fair way towards that end.

Clever speccing is spoiled a bit by overly firm handling - especially in the ST-Line, and while some people will see the styling as subtle, others will see it as plain.

Still, the driving experience from that strong turbocharged engine is worth the price of entry alone.