The BMW 330i represents a formidable luxury offering with a powerful yet fuel efficient turbocharged engine and class-leading infotainment system.

In 2015, the BMW X5 actually outsold the BMW 3 Series sedan in Australia – though the compact executive car remains the brand’s signature model and its most popular globally.

This is the 330i version – formerly known as the 328i before a recent mid-life update - the BMW 3 series LCI.

Our test car looks sportier than usual as it’s fitted with an optional M Sport Package, which brings items such as fancier, lighter alloy wheels on the outside and sports seats plus enhanced trim on the inside.

The interior’s level of perceived quality is good if not as elevated as in the cabins of the rival Mercedes-Benz C-Class and Audi A4, though BMW’s iDrive infotainment system is the class benchmark in terms of visual presentation and intuitive operation.

Despite the badge change, there’s still a four-cylinder turbocharged petrol engine under the bonnet. And it’s a terrific engine that gives 330i the best of both worlds: it’s not only faster than direct rivals but also more economical.

Click here to read the full review on the BMW 3 series range. 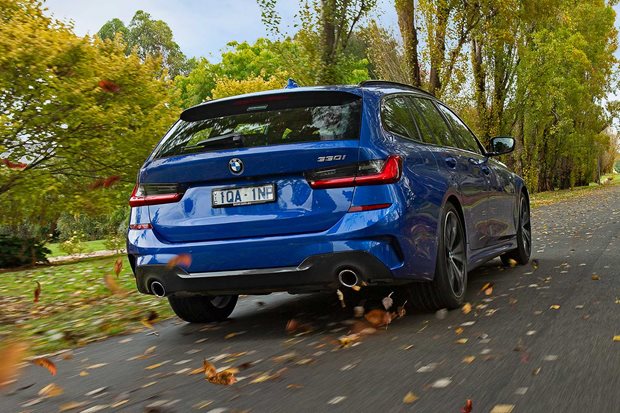 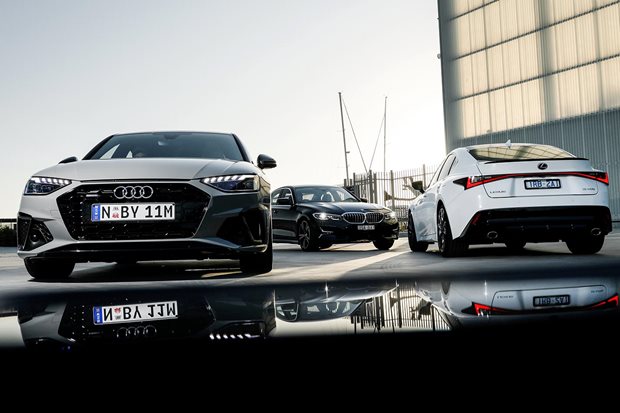