The Ford Falcon XR8 Sprint is a final, high-performance swansong for the Ford Falcon, which after 56 years ceases Australian production on October 7, 2016. Packing a supercharged 5.0-litre V8 engine that produces 345kW and 575Nm, the Sprint is a high-powered goodbye to an icon.

The engine. The 5.0-litre supercharged V8 that Ford has wedged under the bonnet of the XR8 Sprint is a joy. Yes, it isn’t the most technologically advanced, or efficient, or refined, but combined with the six-speed automatic as tested (a six-speed manual is also available), the XR8’s engine is a wonderful thing. There’s plenty of power, which is delivered smoothly and predictably, which makes country blasts raucous fun. However, the powerplant is also docile enough for everyday duties around town. 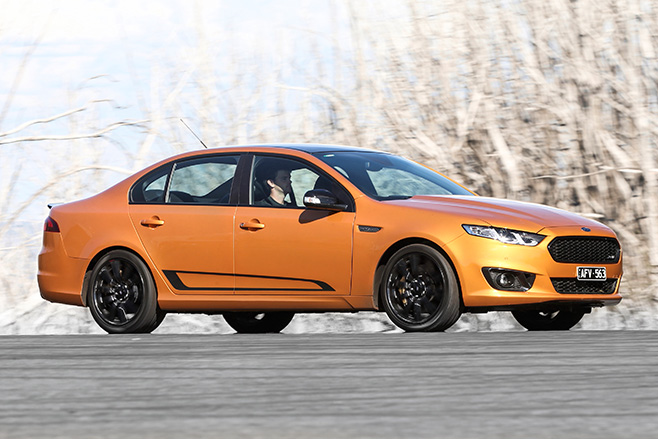 Comfort. Sitting in the XR8 Sprint is a very easy experience. The driving position isn’t spot on (more on that later), but comfort-wise it is hard to fault the Falcon. Even tall adults will have ample legroom in the back seats. With the front passenger seat fully reclined, a grown man could sit in the back without complaints. A combination of leather and suede-like material make time in the saddle a breeze. Even after six and a half hours of driving in one day, there isn’t an inkling of discomfort.

The soul. This isn’t something tangible. But there is something special about the XR8 Sprint. This is the last of the fast Falcons, a final swansong for a car with 56 years of Australian history. Although the Sprint doesn’t wave this in your face, it is undeniably part of the car, and you get a real sense that this car means a lot. To some it is just a lump of metal, but the XR8 Sprint really does have a soul, and it is a thing of wonder. 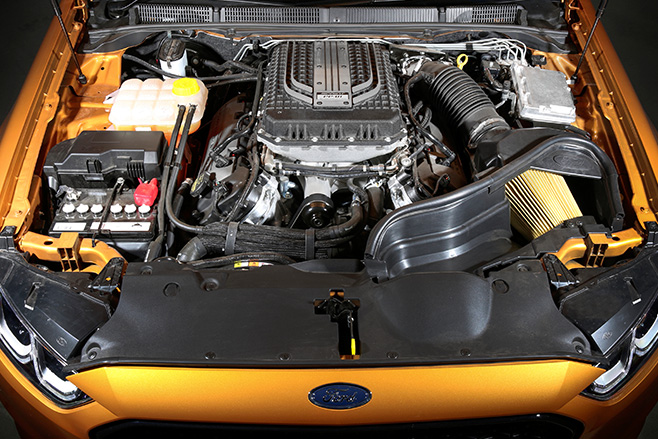 Suspension. The Sprint’s suspension has a difficult task. It has to ride the fine line between everyday comfort, and performance capabilities. It straddles these conflicting needs well. Yes, you do get jiggled over some of the more notable bumps in the road, but it is not the worst for a car with low-profile rubber. At the same time, body-roll is kept at a minimum, and the car performs admirably when the bitumen in front of it snakes into the distance.

Interior trim. Although the cabin is a mighty comfortable place to sit, the trim is mid-2000s taxi. It harks back to the Falcon’s economy roots, which can be jarring in a car that costs $62,190. It is unquestionably the biggest disappointment in the Sprint. Despite being the final farewell, there is nothing special in how the XR8 is decked out. The steering wheel is bland, boring and disappointing. The hand-controls and stalks are dated. The centre-console is clustered. The riding position is also a let-down. The seat is too high, and the steering wheel just too low, resulting in your knees banging on the steering column., This is a cardinal sin in a performance-orientated vehicle, and one which has plagued the Falcon for a number of generations. 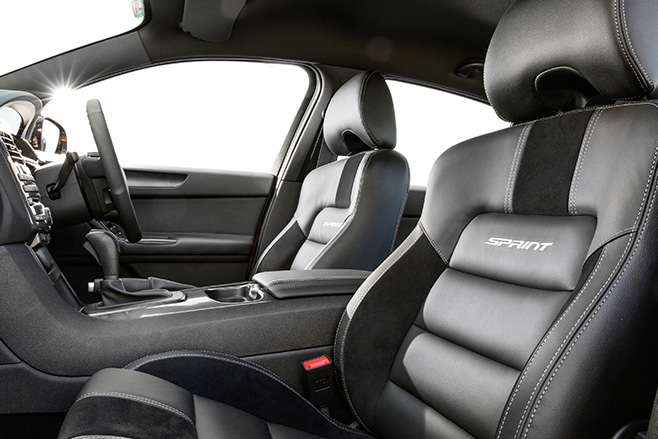 Looks. Now, this isn’t an attack on the exterior styling of the FG X Falcon. In fact, the last generation Falcon is one of the best looking of the family. But there is nothing that really sets the Sprint apart. The bonnet bulge, 19-inch rims, Sprint stickers, and rear- lip spoiler are nice touches, but could be too subtle for what is the final performance orientated Falcon. It may not be to everyone’s taste, but the Sprint deserves something more to separate it from the crowd – it is a performance car after all! There isn’t enough visual oomph to match the mechanical punch. However, this could be to the liking of some, with the Sprint easily blending into a crowd instead of having garish ‘look-at-me’ touches.

Sound. The sound the Sprint makes under hard acceleration is something to relish. The supercharger whine in harmony with a V8 bellow is great. But it comes through a tad muffled in the cabin of the XR8 Sprint. If you have dropped your hard earned on this piece of history, you would want to enjoy its sound, but you don’t get to do that very often in the Sprint. If you are really standing on the loud pedal you get a nice tune from the pair of dual pipes, but most of the time the Sprint quietly murmurs along without too much fanfare. That may appeal to some, but again, this car deserves something a bit more special.

The Holden SS-V Redline is the XR8 Sprint’s most direct competitor, and is a more convincing all-rounder than the Ford. The SS-V sounds better, with more audio crackles and pops, and delivers a more sophisticated ride and handling mix thanks to a superior chassis. HSV also has a range of special, fast Aussie-built V8 cars to be considered.