The Holden Colorado 7 is replaced by the Trailblazer. Here’s seven things you need to know.

1. It might have a new name (though it did appear briefly on a special edition Colorado 7) but Holden’s Trailblazer SUV isn’t all-new; it’s an extensively re-engineered mid-life facelift of the Colorado 7, with a new front (bonnet, headlights, grille, bumper), new wheels (on LTZ model), a new dashboard and fresh interior trim, giving it a much more sophisticated appearance.

3. For an SUV riding on a truck chassis, the Trailblazer does an impressive job passing itself off as a passenger wagon. With seven airbags and a five-star ANCAP crash-test rating, it’s competitive in terms of passive safety. The up-spec LTZ model also receives forward collision alert, lane departure warning, side blind-zone alert, rear cross-traffic alert and tyre pressure monitoring.

4. The sole engine offered in the Australian-spec Trailblazer is a muscular 2.8-litre Duramax turbo-diesel four, tied to a six-speed automatic gearbox. Other markets have a 2.5-litre option, while Brazilian Trailblazers are available with the 3.6-litre naturally aspirated petrol V6 used in the Holden Commodore.

5. Despite obvious similarities on the surface (dashboards, front seats, door trims and exterior styling from the B-pillar forward) the Colorado ute and Trailblazer SUV are different under the skin. Where the utility version has leaf springs in its live-axle rear suspension, the wagon uses a more sophisticated five-link, coil-spring arrangement for a smoother ride and better axle location. The Trailblazer is tuned for greater comfort and is exclusively available with a six-speed automatic transmission. The Colorado offers manual and automatic six-speed ’boxes.

6. The Trailblazer nameplate was first used on a now-defunct Chevrolet SUV (1999-2009) that is completely unrelated to our version. But in Asian markets, the Holden Colorado 7 has been called the Chevrolet Trailblazer since release in 2012. Holden’s name change in 2016 simply brings our version into line with the Chevrolet-branded car.

7. The Holden Trailblazer is built alongside its Chevrolet Trailblazer twin in GM’s Rayong plant in Thailand, which opened in 1999. The Holden Colorado ute is produced in the same factory. 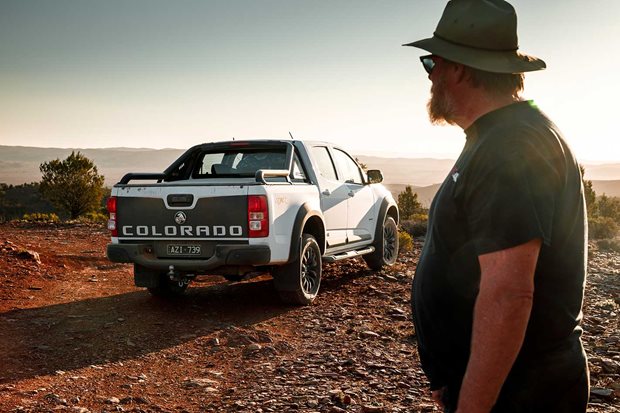