The Colorado 7 is an SUV-style wagon that is based on the Holden Colorado ute, and it is built truck tough. That makes it ideal for serious off-road driving, and good at towing and carrying stuff. Both models seat seven and are strong on safety.

Playing your favourite music tracks, if you haven’t exported your CD collection to your phone (or similar device). The audio system doesn’t have a CD player.

The Colorado 7 has selectable two-wheel drive and four-wheel drive, with dual-range gearing. It is classed as a large SUV, lower priced.

What features do all Colorado 7s have?

Cruise control, and Bluetooth phone connectivity. A six-speaker audio system, with auxiliary and micro-USB inputs for devices such as an iPod or smartphone.

A 7.0-inch touchscreen for managing the audio system and smartphone. The touchscreen can also be used for satellite navigation, but this requires a separately purchased smartphone sat-nav app.

Hands-free voice control for some smartphones.

A reversing camera. Rear parking sensors, which warn of the proximity of obstacles when you are reversing.

Six airbags: two directly in front of the driver and front passenger; one alongside each front occupant to protect the upper body; and full-length curtain airbags down each side of the car. The curtain airbags protect heads of all those sitting adjacent to a window, third-row passengers included.

Electronic Stability Control, which can help bring a skidding car back under control. All new cars must have this feature.

Electronic Traction Control, which helps on slippery surfaces and allows you go further off road.

Hill Start Control, which prevents the car rolling backwards when you are starting off on a steep hill. Hill Descent Control, which helps you control the car on steep off-road descents.

There is only one engine available for the Colorado 7, a four-cylinder diesel with plenty of power.

This is a modern design and is also good on fuel, using just 9.2 litres/100km in the official test (city and country combined). In real world driving, fuel use averages about 11.0 litres/100km.

However, the engine is quite noisy and not particularly smooth running.

A six-speed automatic is the only gearbox option.

Step past the least costly Colorado 7, the LT, and spend more for a Colorado 7 LTZ and you get leather seats, with the driver’s seat power-adjustable. Automatic climate control holds a set cabin temperature.

Headlamps on the LTZ are more effective projector types, and they self-level to compensate for a heavily loaded car. And the LTZ has fancier-looking 18-inch aluminium alloy wheels, rather than the 16-inch alloy wheels of the LT.

The 18-inch wheels on the Colorado LTZ don’t work as well off-road as the smaller wheels on the LT. They also make the LTZ ride more harshly on rough roads, and the 18-inch tyres are more susceptible to punctures.

Only white paint is standard. Other colours are an extra-cost option.

How comfortable is the Colorado 7?

The Colorado 7 has a roomy and comfortable cabin, and minor controls are well laid out and simple to use.

However while the steering wheel is adjustable for tilt, you can’t adjust it for reach. That could be a problem for some drivers, especially those with long legs. And the interior finish, with its hard and cheap-looking plastics, gives the Colorado 7 more of the feel of a commercial vehicle than of a passenger car.

The audio system sounds good. But not everyone will be happy that it doesn’t have a CD player.

The Colorado 7 is generally easy to drive and the engine has good power, especially from low speeds, which makes for easy and safe overtaking. The automatic gearbox is responsive and generally shifts smoothly.

The Colorado rides softly and generally feels comfortable even on bumpy roads. However, the ute-style solid axle at the back means that the rear of the car moves around over corrugations more than it would in an SUV with more car-like, independent rear suspension.

What about safety in a Colorado 7?

Both versions of the Colorado 7 rate as Excellent for safety, thanks to their six airbags, reversing camera, rear parking sensors, electronic stability control, and seat-belt reminders for all occupants.

Side-curtain airbags on the Colorado 7 protect the heads of passengers in all three rows of seats.

(To see a list of the safety features on any model, open the model from the Cars Covered By This Review dropdown near the top of this page, and look under the features tab. Safety-related features are listed in red.)

The Colorado 7 is designed to be tough and capable off road, rather than sharp and precise on the road. It is built on a commercial vehicle platform. It does not handle badly, but it is not a car that keen drivers will particularly enjoy.

The engine offers enthusiastic performance but isn’t as quiet or as smooth running as other new-generation diesels, which can make it less relaxing to drive.

However, the Colorado 7 is very capable off-road, helped by its dual-range gearing (which allows you to drive comfortably at a very slow pace) and the truck-type rear suspension. It can get your family to camping locations and the like that would be beyond the reach of alternative SUVs designed mainly for on-road use (which tend to have independent rear suspension, less ground clearance and only single-range gearing).

The main rear seat of the Colorado 7 is good for two adults and a child but is on the tight side for three adults. It has attachment points for three child seats. The third-row seating is suitable only for children.

The Colorado 7 is a good height for helping small children or less agile adults get in and out.

The luggage area is accessed via a single top-hinged tailgate. The cargo space is not as big as it seems from the outside of the car, because the third-row seats, even when folded down, eat into it.

On a more positive note, the three-person middle row of seats folds 60/40 and the two-person third-row folds 50/50. That adds versatility, allowing you to tailor the car’s interior for carrying people or gear or both.

The Colorado 7 has a 3000kg maximum tow rating, which is average for a medium-sized 4WD wagon. That is enough to legally tow a two-horse float or a large, tandem-axle caravan.

Where does Holden make the Colorado 7?

All Australian-delivered Colorado 7s are made in Thailand.

A CD player, and sat-nav that doesn’t require a separately purchased smartphone app. The Isuzu MUX has this, for example.

A rear differential lock, which can help you go further off-road. The Toyota Fortuner has this, for example.

The option of using 4WD all of the time, which can make it safer to drive on wet or otherwise slippery sealed roads. The Ford Everest and (if five seats are enough) Mitsubishi Pajero Sport offer this. (The Colorado’s 4WD system can be used only off road.)

Active safety aids such as forward collision warning (which alerts you to a looming obstacle such as a car stopping sharply in front) and lane keep assist (which helps prevent you from drifting out of your lane on the highway, a sign of fatigue). The Everest offers these features.

You might also consider diesel-powered passenger-car based SUVs, such as the Hyundai Santa Fe and Kia Sorento. These don’t have the off-road ability of the Colorado 7 but they ride and handle more smoothly on the road.

On the other side, if you wanted a seven-seat 4WD that was even more capable off-road you could opt for a Toyota Prado. But it will cost more to get a similar equipment level.

When did Holden replace the Colorado 7?

About October 2016 the Colorado 7 was upgraded dramatically and renamed the Trailblazer. Among a big range of improvements, the Trailblazer has a quieter and more comfortable cabin, a smoother engine, better handling and steering, and support for Apple CarPlay and Android Auto. Active safety aids introduced on the Trailblazer include a forward collision warning and lane departure warning.

The cheaper LT is the best buy. It comes with all the safety features of the more expensive LTZ, and the same performance. And it has more practical wheels and tyres. 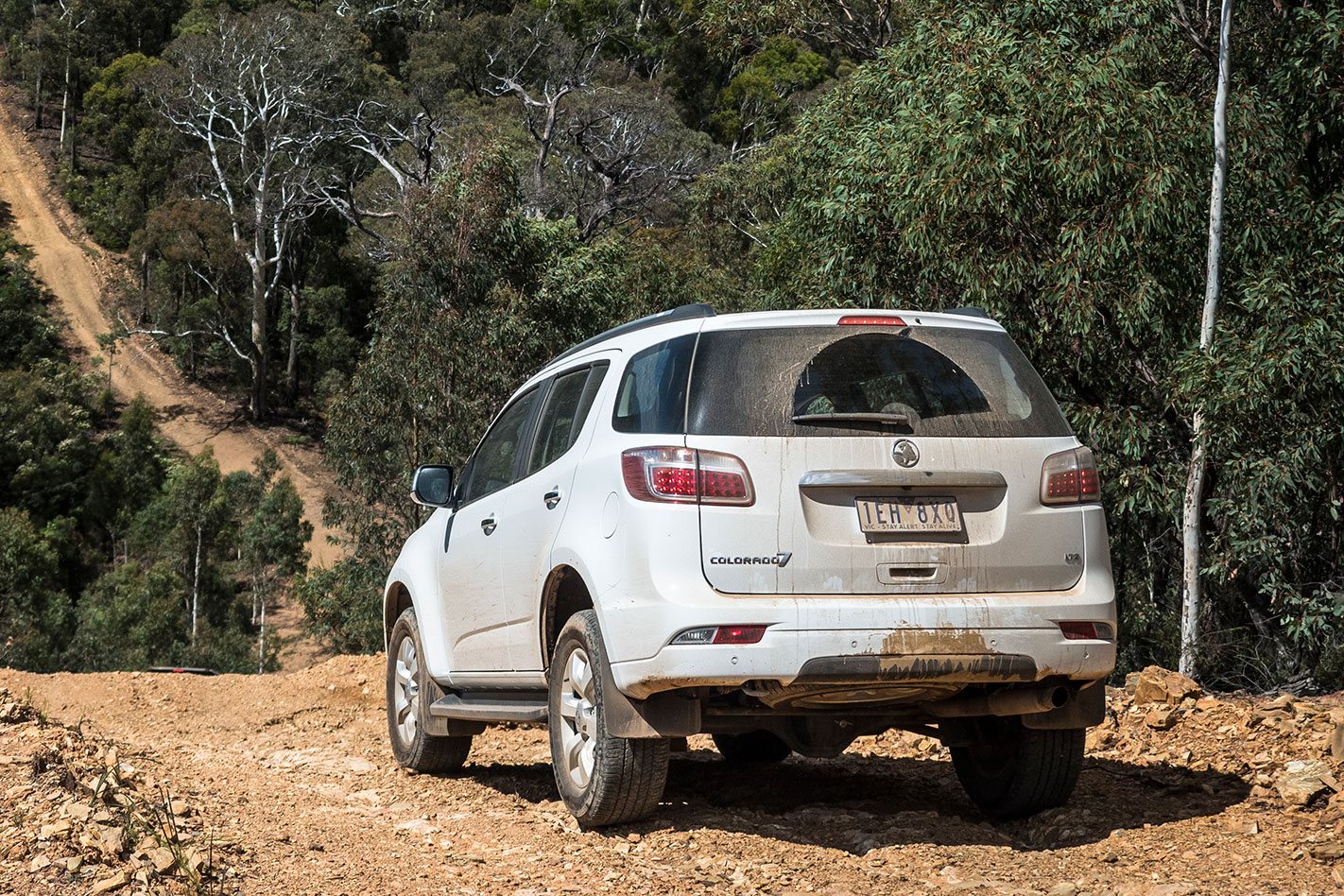 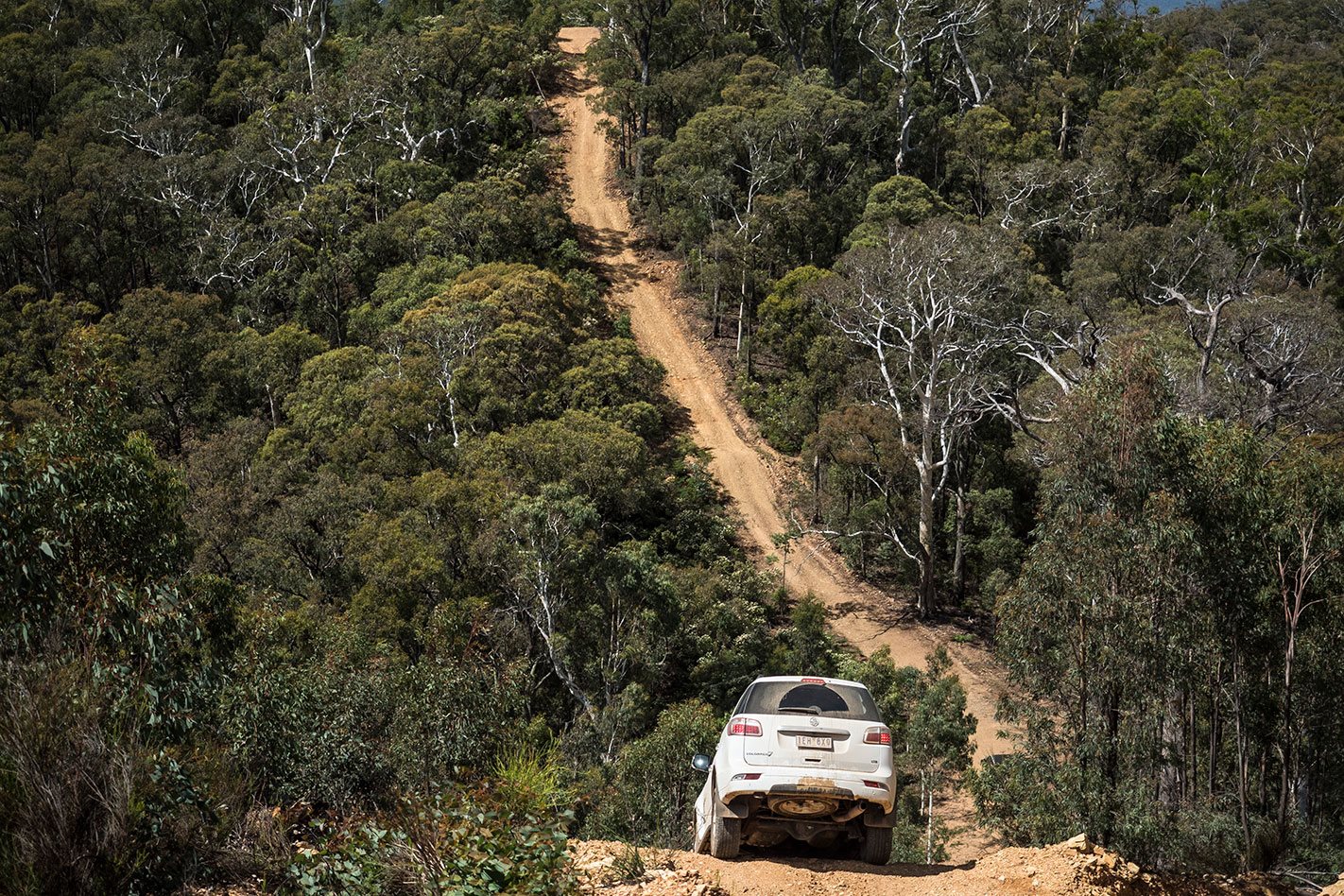 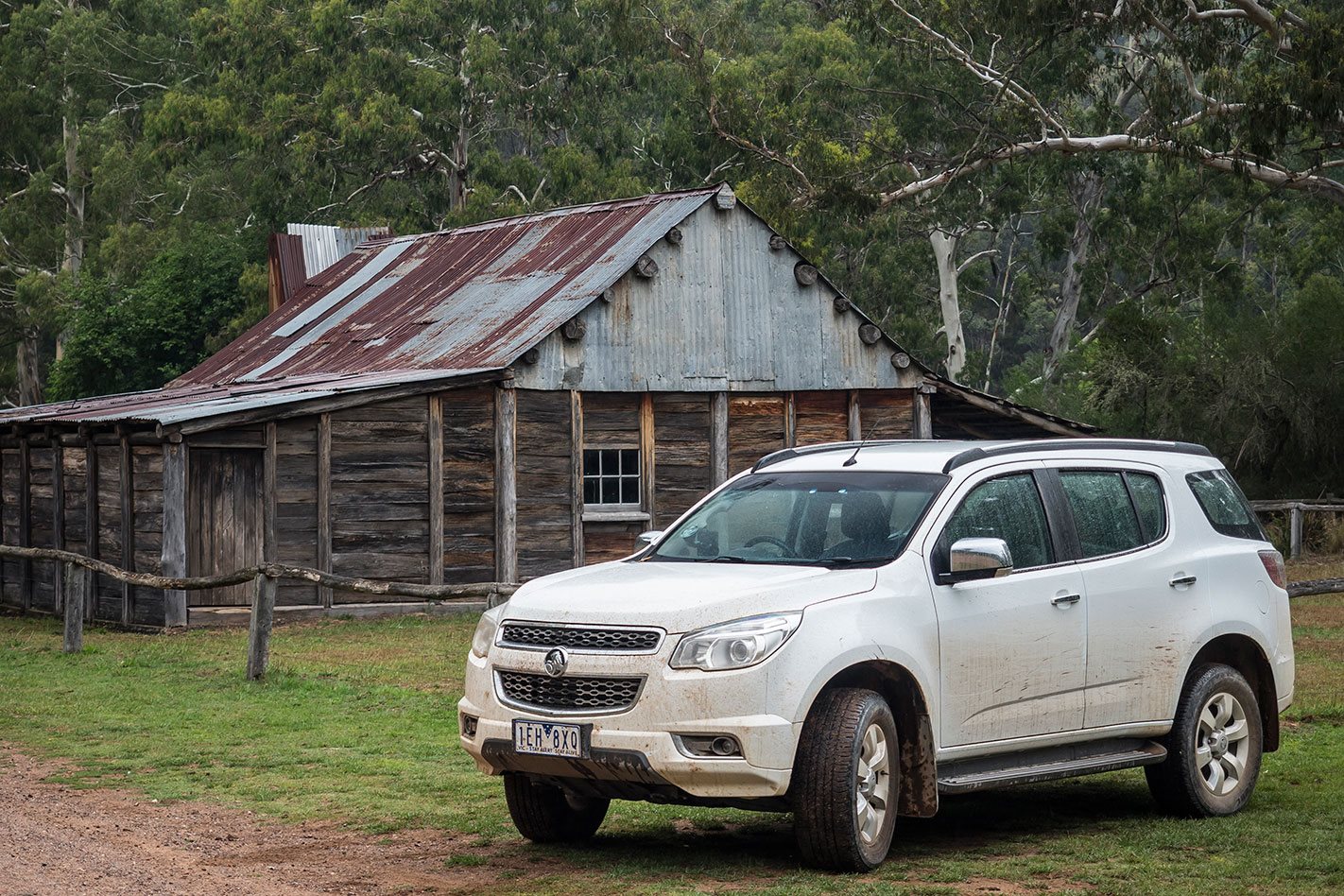 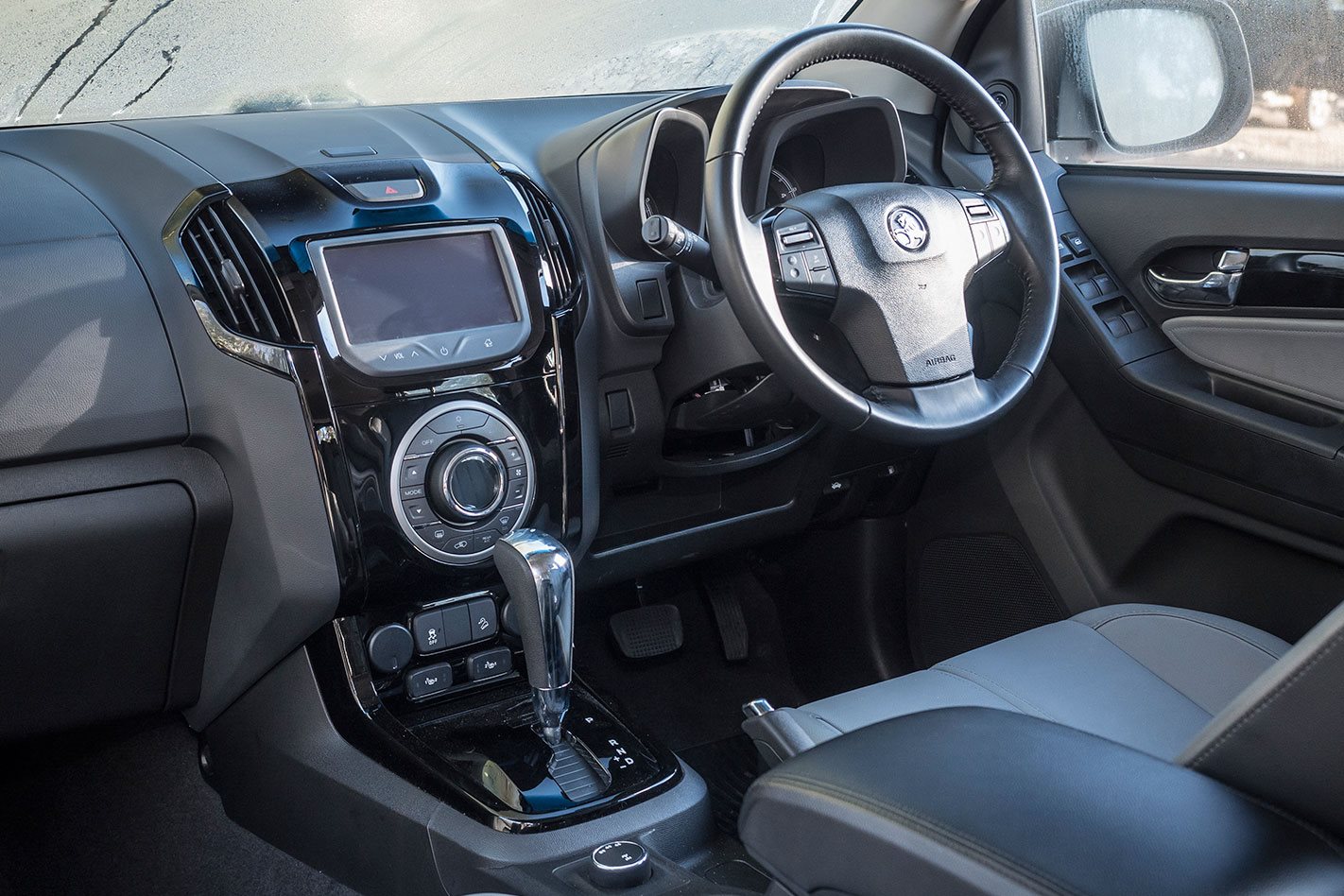 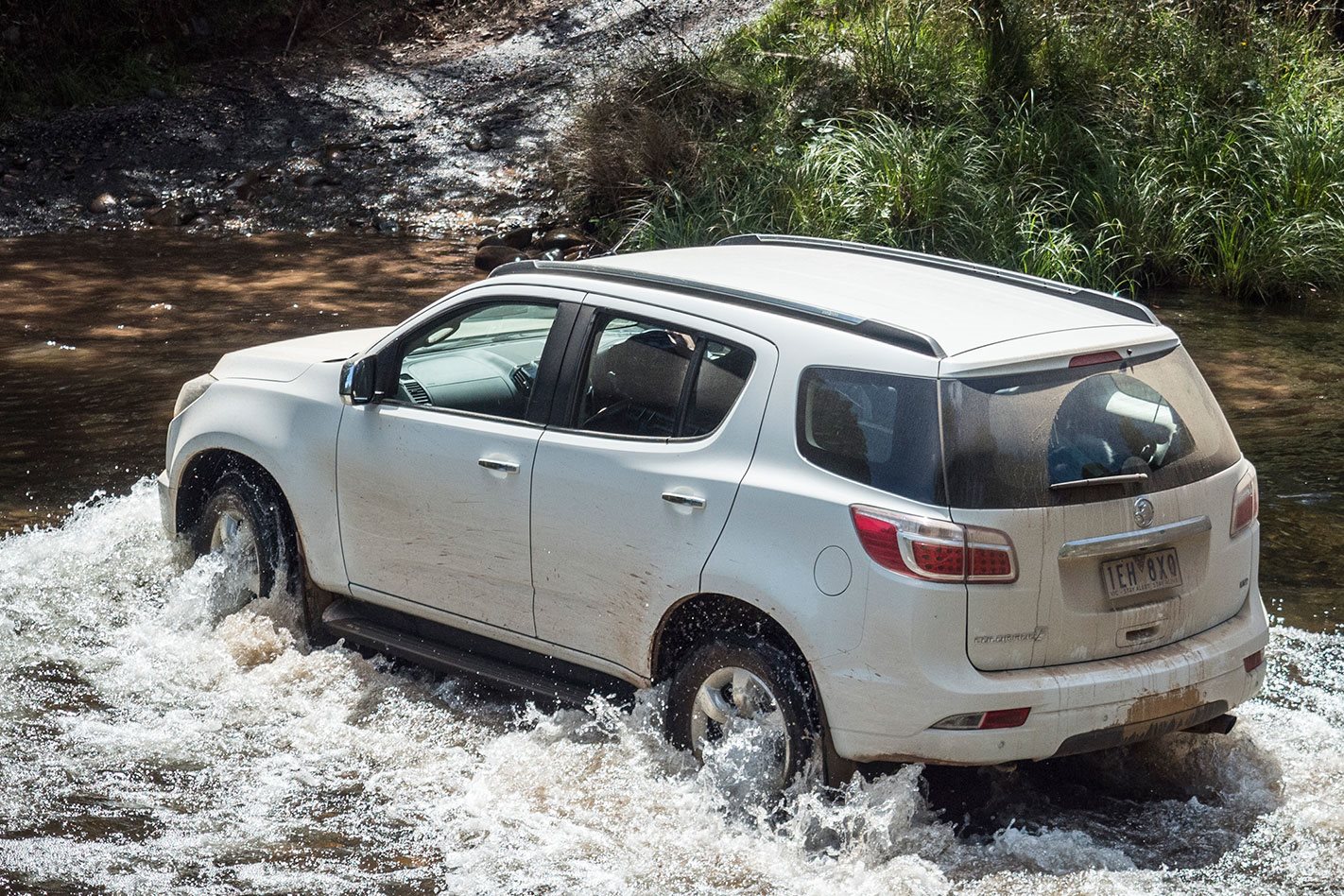 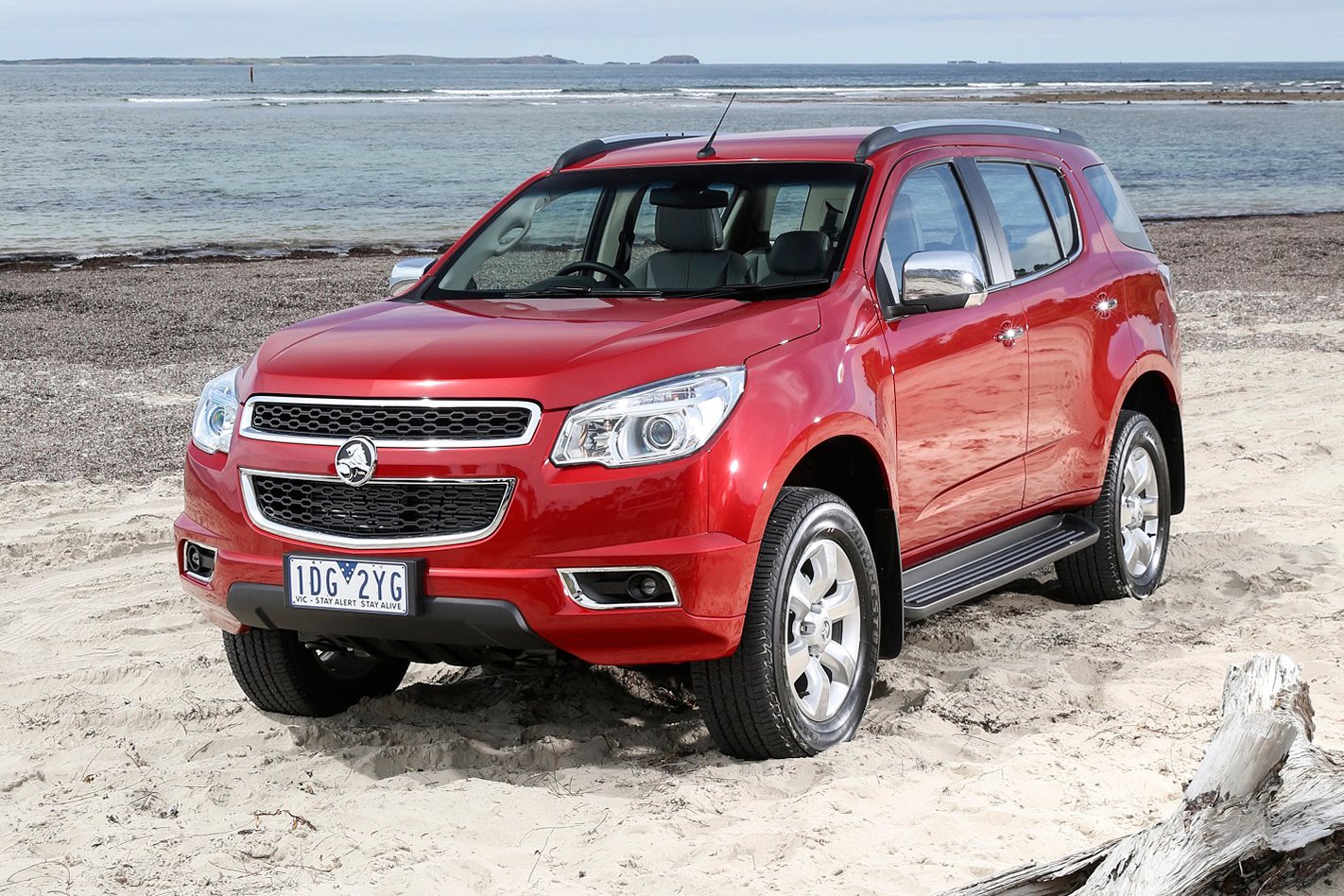 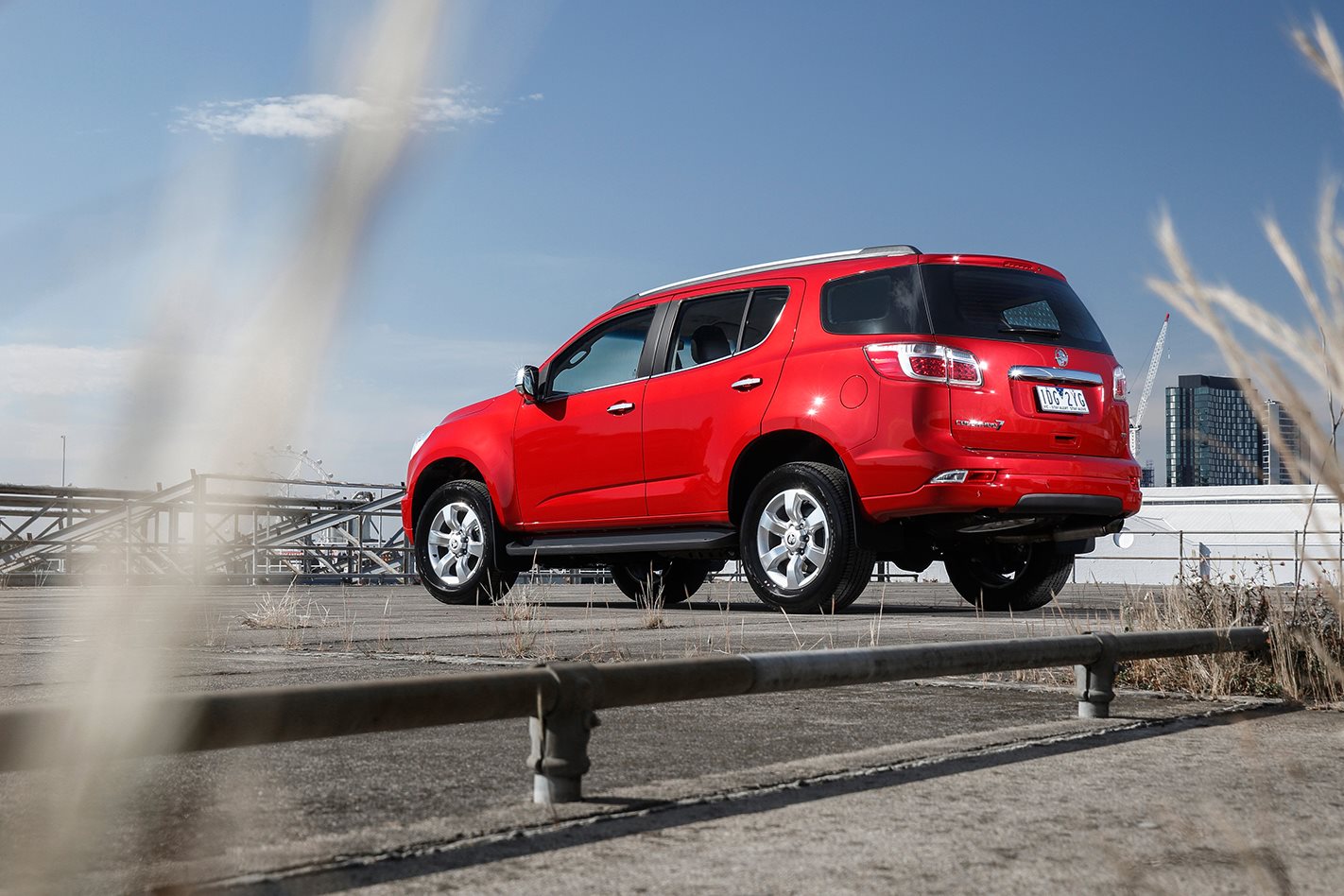 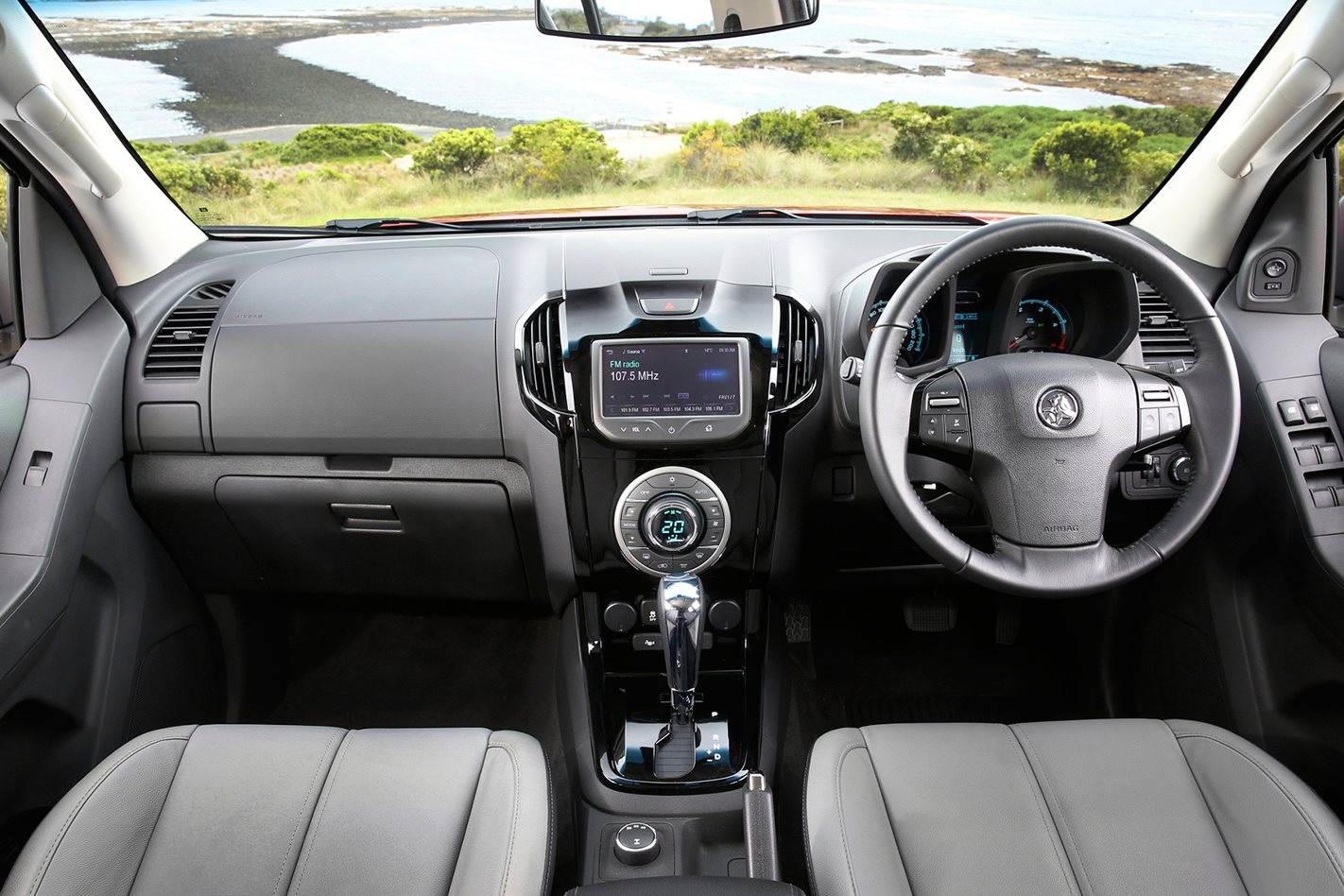 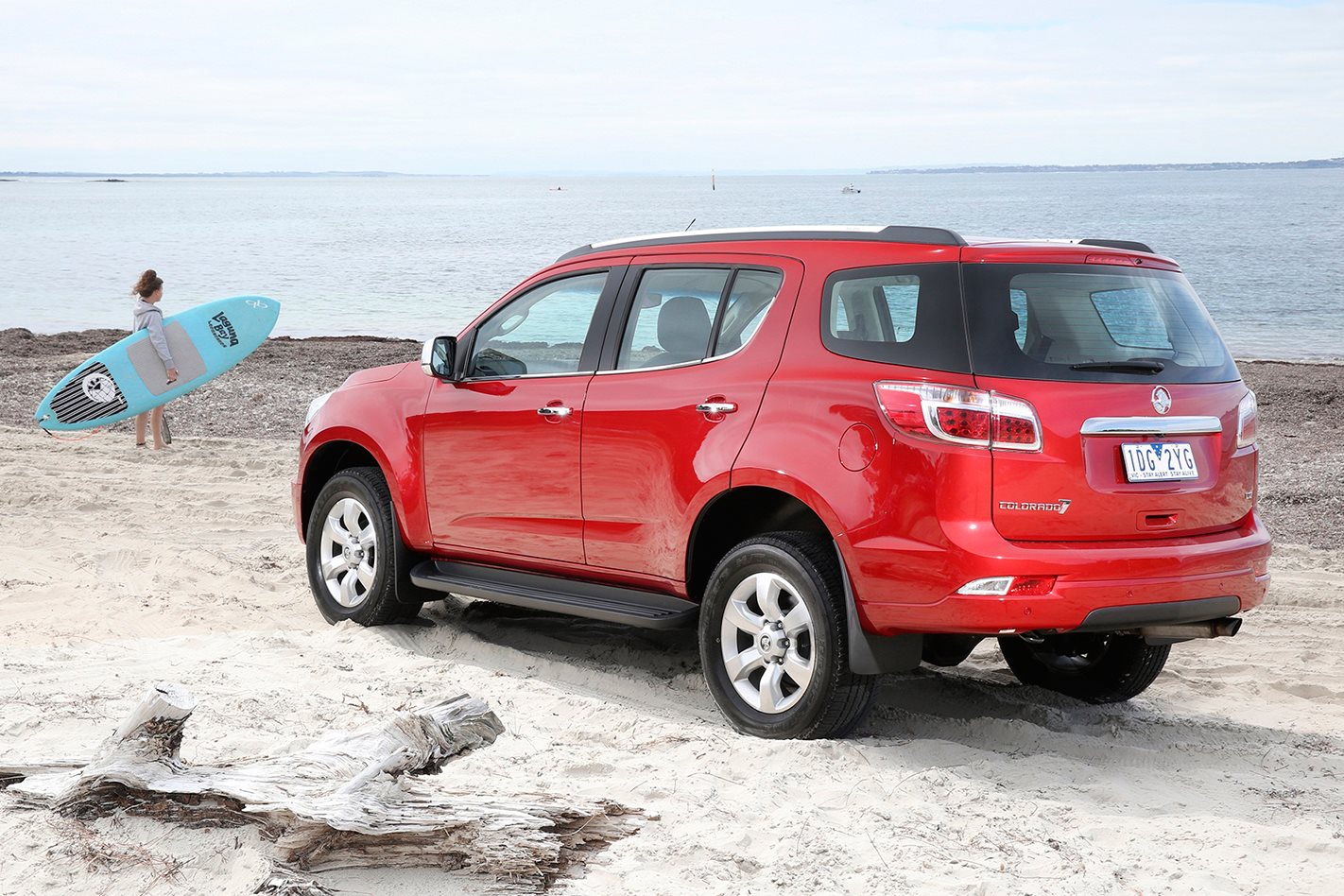 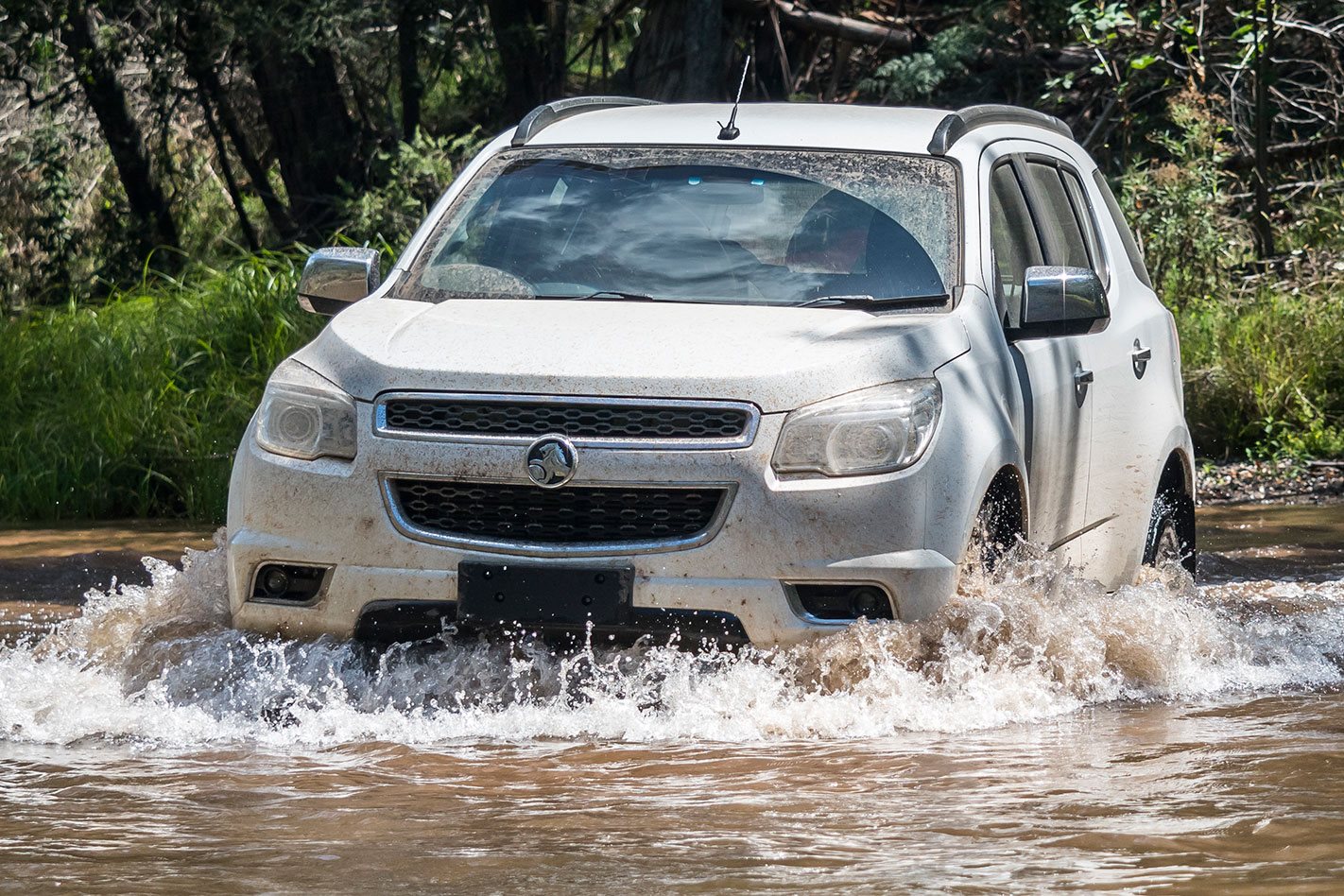