In our Fast Facts series, WhichCar delves deep into the history of automotive brands to bring you fascinating facts and intriguing information.
Here we focus on Fiat, the mighty Italian industrial group owned by a family that’s been compared with America’s Kennedy dynasty.

BIRTH OF AN ITALIAN INDUSTRIAL GIANT

The Società Anonima Fabbrica Italiana di Automobili Torino – or FIAT – was established in 1899, with a first production facility built the following year. It formed part of a broader industrial empire that covered areas including rail, marine and aircraft.

Fiat was founded by Italian industrialist Giovanni Agnelli (1866-1945) and descendants continue to run the automotive empire. Current chairman John Elkann is the grandson of Gianni Agnelli, who died in 2003. He also heads the billionaire Agnelli family’s investment company, Exor, which holds just over 29 percent of the shares in the Fiat Chrysler alliance (more on which later). 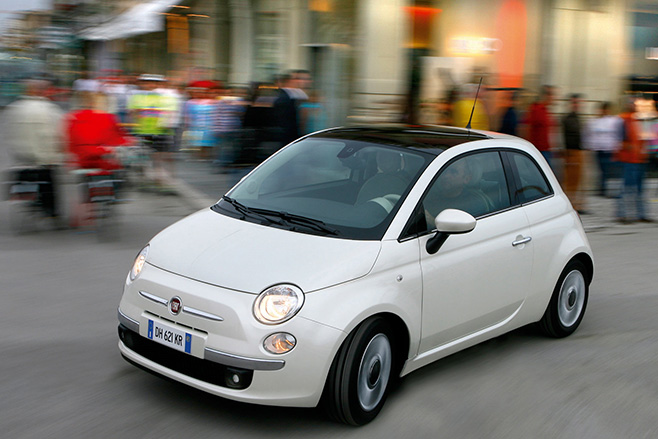 The Agnelli family isn’t just involved in cars. Its vast range of interests include Italian football club Juventus, which it was first involved in with in 1923, while it also bought into the Economist magazine in 2015.

In 1934 a Fiat AS6 aircraft engine propelled a Macchi-Castolidi M.C. 72 to 709.2km/h – a world record for a propeller-driven seaplane that still stands today. Six years later, the company’s rail division, Fiat Ferroviaria, broke the world speed record in the diesel-engine category when its Fiat 016 surpassed 160km/h.

After the travails of the Second World War, Fiat resumed full-time car manufacturing – benefiting from Italy’s 1950s economic boom that saw the cars-to-population ratio grow from 1949’s one car for every 96 inhabitants to one car for every 11 by 1963. Fiat’s first rear-wheel-drive passenger car, the 600, proved to be popular beyond that period, but it’s the original, 1957 ‘Cinquecento’ – the tiny, two-cylinder 500 – that is responsible for putting about four million Italians on the road. It becomes affectionately known as the ‘Bambino’. 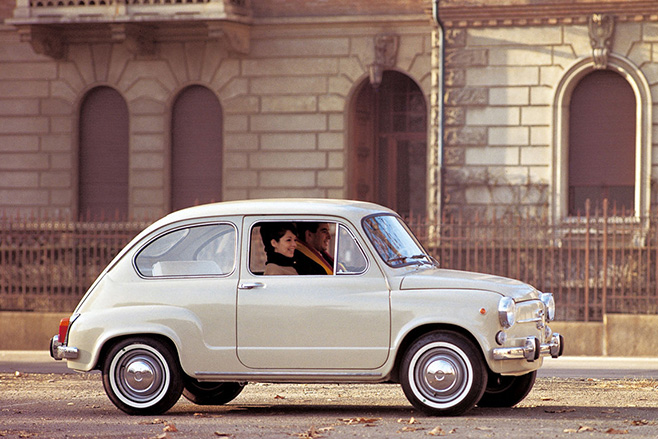 FIATS WITH A STING

Carlo Abarth was initially an exhaust-system specialist before his eponymous company was formed in 1949 and produced its first Fiat-based car, the 204 A Roadster. With a scorpion logo that reflected its owner’s astrological sign, the company’s synonymous ties with Fiat started in earnest in the 1950s, with sportier variants such as the giant-killing version of the 500, the 595SS.
It was distinctive for its rear-mounted engine that protruded from the boot – not for aerodynamics or weight distribution but cooling purposes. Fiat acquired Abarth in 1971 and turned it into its racing division, though today Abarth is a standalone sub-brand that continues to produce faster Fiats.

HOW MUCH IS THAT PRANCING HORSE IN THE WINDOW?

Abarth wasn’t Fiat’s first automotive purchase. In 1969 it not only brought Lancia into the fold but also purchased half of Ferrari. It raised its ownership of the famous Cavallino brand to 90 per cent in 1988, after the passing of legendary founder Enzo Ferrari. It wasn’t finished there. It bought Alfa Romeo in 1984, followed by Maserati in 1993.

A reputation for below-par quality, particularly in the US, led to the derogatory alternative acronym for FIAT: ‘Fix it again, Tony’. In 2014, Fiat confronted that demon in a humorous 2014 US ad that sees a bunch of Italian mechanics ‘fix’ a Honda Civic by transforming it into a 500X. 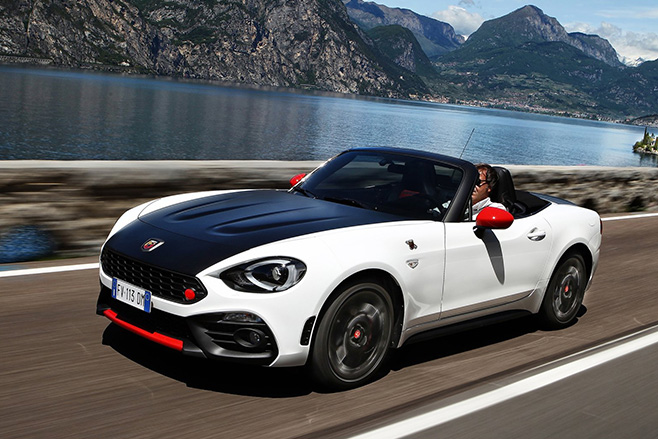 Fiat and Chrysler were both involved in awkward alliances at the start of the 21st century – the former with GM and the latter with Daimler. In 2009, Fiat took control of the US company after the signing of a global strategic alliance that was formalised in 2014.

Fiat’s reputation for building great little cars stretched well beyond the original 500. In the following decades, the company introduced popular models including the Panda (1980), Uno (1983) and Punto (1994). There were also quirky models such as the Fiat Multipla with its distinctive two-rows-of-three seating layout.

EUROPEAN CAR OF THE YEAR DOMINANCE

Fiat has won more European Car of the Year awards than any other manufacturer, with nine wins – ranging from the 1967 Fiat 124 Spider to the 2008 500.

In 2007, Fiat copied BMW’s blueprint with the Mini and released a retro-styled modern-day successor to its famous ‘Bambino’. As with the British icon, the new Fiat 500 was very different in philosophy to the original – including an engine that was up front rather than the rear. Such has been its domination of the Fiat line-up that the company has tried to cash-in on the name with other models, including the 500L MPV and Fiat 500X SUV. 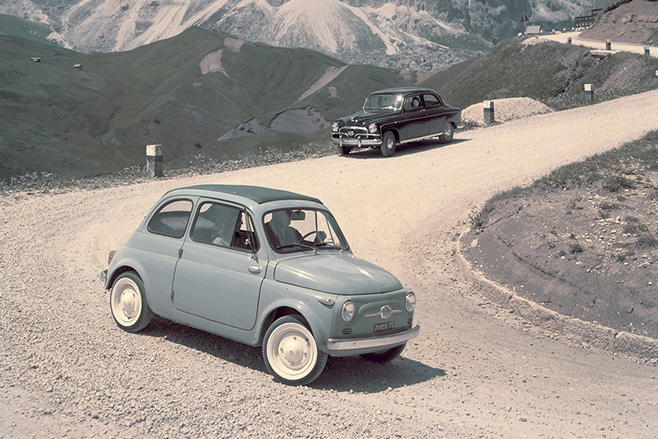 Fiat may be renowned for small, practical family cars but it has also built some cracking sports cars. In 1972, the company’s compact, wedged-shaped X1/9 brought mid-engine handling – which had hitherto been the domain of supercars – into the mainstream. Production lasted 17 years before the 1990s Barchetta roadster – designed by Chris Bangle of BMW fame – charmed buyers. Weighing just over a tonne, it handled better than its name – translated as ‘little boat’ – might have suggested. Then there was the 124 Spider… 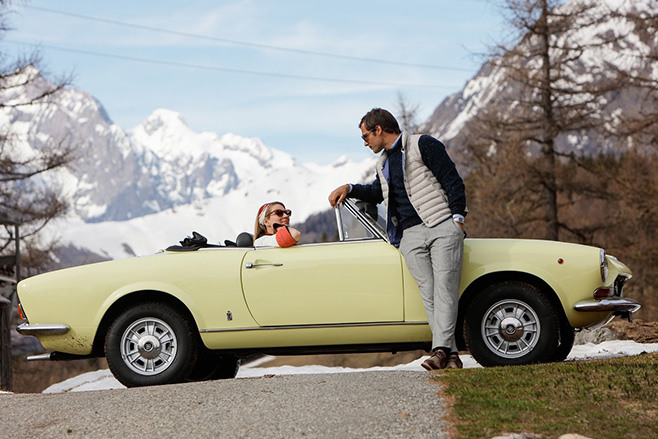 RETURN OF THE 124 SPIDER

In 2016, Fiat released a successor to its hugely popular and successful 124 Spider, which was produced for nearly 20 years – between 1966 and 1985. There was also rallying success for an Abarth version. Today’s 124 is closely related to the current Mazda MX-5 as part of a joint venture between the two companies.