This is easily the weirdest and coolest shoot we have yet conceived for the show, and it was every bit as fun to make as it hopefully looks.

It might be stretching the premise of a car comparison to breaking point, but evaluating the suitability of an Isuzu D-Max and Jeep Wrangler Rubicon for surviving a zombie apocalypse highlights some of their toughness claims and virtues in a way nothing else can. 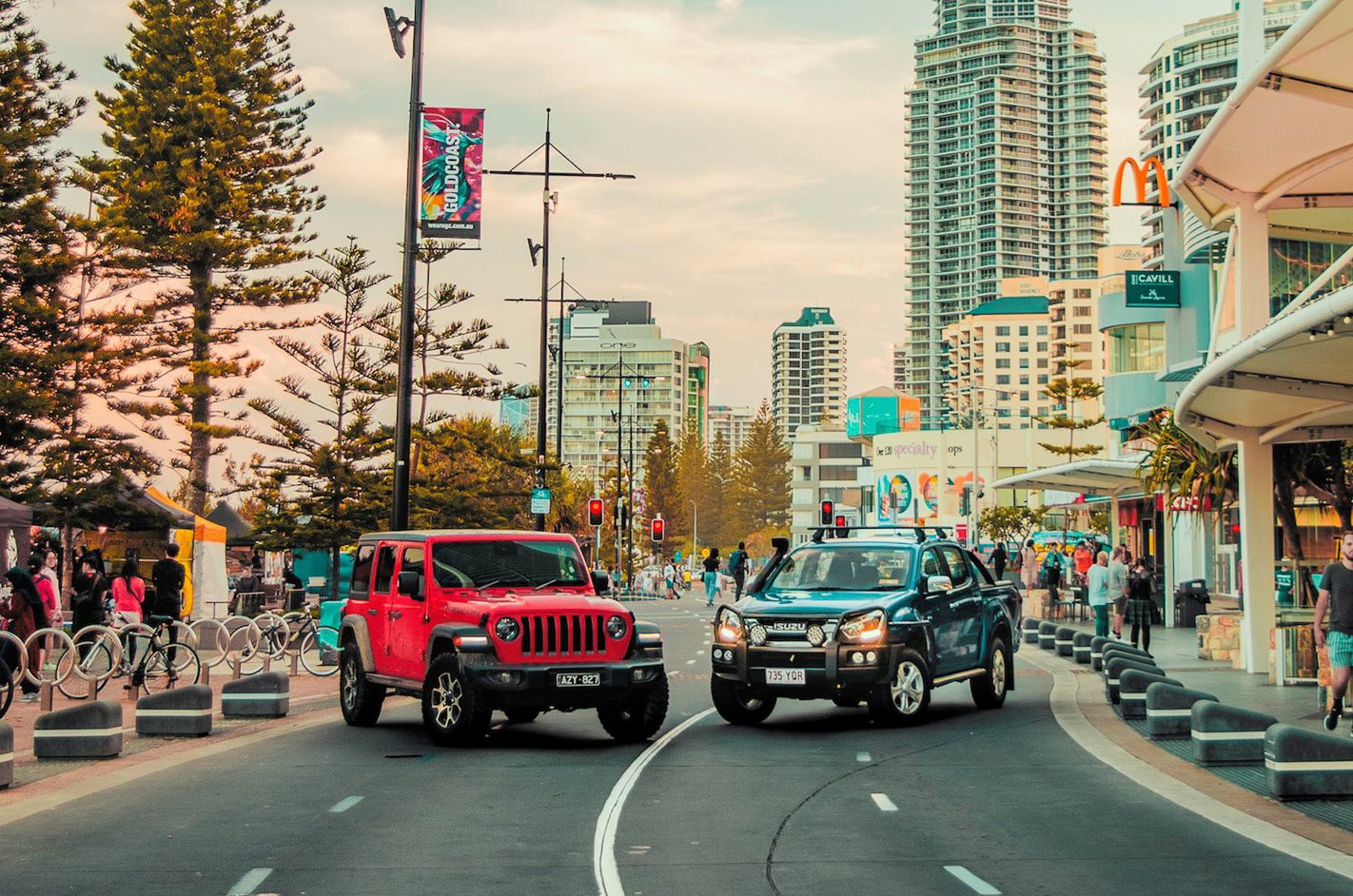 On the one hand, there’s the tried-and-tested Isuzu which is getting long in the tooth as far as the ute market goes, while the Wrangler is box-fresh and largely unproven in this latest generation. Old versus new, ute versus SUV, affordable versus premium. Unlike every other comparison we’ve ever conducted, the winner would not be the better car, it would be the presenter who kept their brains off the menu.

You won’t be seeing too many head-to-heads like this on the show, but we are delighted with how it turned out.

Shot entirely in Queensland in November last year, the concept hinged around an incredible event hosted in Surfers Paradise amusingly entitled Fest-Evil, which launches on Halloween and concludes a few days later with a spectacular zombie-walk through the city.

The Surfers Paradise city council gave us exclusive permission to pass the road blocks and actually take our pair of tough trucks into the slobbering, moaning, shuffling horde, for a car review finale like you have never seen.

In the deciding scene, Elise is safely locked in her Jeep while I make the fatal mistake of jumping into the Isuzu’s tray. As the crowd of 1000 undead descended on me, I have to say it was genuinely terrifying. The participants are not casual dress-up partygoers, they are unbelievably committed cosplayers and stay in character no matter what.

See next: Behind the scenes: Lamborghini Urus TV shoot

The costumes are incredibly detailed and we couldn’t show you the full gore of the situation in our TV time slot, but keep your eyes out for a web special that reveals some of the full horror of these guys. They were they real stars of this feature.

And they didn’t go easy on me either. I’m not acting as I am roughly pulled from the back of the ute, and watching the crowd circle me as I lay helplessly on the ground is one of the most disturbing and surreal things I have ever done.

For the start of the feature, director Sean and I shared a vision of an ominous wasteland to create a sense of foreboding without giving away the final horrific conclusion. The surrounding countryside and sugarcane fields to the north near Norwell provided the perfect backdrop.

Sultry conditions and gloomy skies combine with a darker colour grading for a feel that’s a mix of the films Children of the Corn, Signs and, of course, some of the great zombie movies. The sugar refineries and harvesting equipment created a crossover of industrial and agricultural that’s almost unique.

Behind the scenes at the 2019 WhichCar Style award

Then of course there’s the brilliant cameo by Harry and Cobey of WhichCar’s sister show Mighty Machines in which they attempt an ambush. The scene took many, many takes as keeping a straight face presented the most challenging element of the whole shoot. Watch out for this in the outtakes reel as well.

While we used a handful of editing tricks, for the most part, the deserted streets, abandoned buildings and scenery were as they appear (okay - the crashed helicopter and burning buildings were Sean’s doing).

A very early start secured the shots with no traffic or pedestrians but we did encounter a few native Gold Coast zombies that clearly hadn’t made it to bed yet from the previous night’s partying.

Next up: Behind the scenes: Rolls-Royce Wraith Black Badge

And as always when Sean and I work together, we tried to sneak in as many film culture references as we could without detracting from the story. If you’re seeing a few nods to Sean of the Dead, Zombieland and others, you’re not imagining it.

Despite meticulous preparation and planning the one thing we can’t take credit for is the weirdly appropriate timing that this feature goes to air. We hope the show and this little behind the scenes glimpse offers you some distraction and enjoyment as we all face a challenging time. Hopefully things turn out better than they did for me in the show.