Newman had just unleashed the 2019 Ford Mustang GT on his second lap when it happened. After giving it some wide-open throttle exiting turn four, the GT’s 5.0-litre V8 and 10-speed automatic transmission reached their limits, capping revs at just above 6000rpm.

We’d anticipated this disappointing result. Luffy had aborted his hot laps complaining about its neutered power delivery only just before Newman jumped in. So it was clear the very issue that plagued our automatic V8 Mustang at PCOTY – hot cylinder head temperatures – had surfaced again. And it was now clear it was not going away. 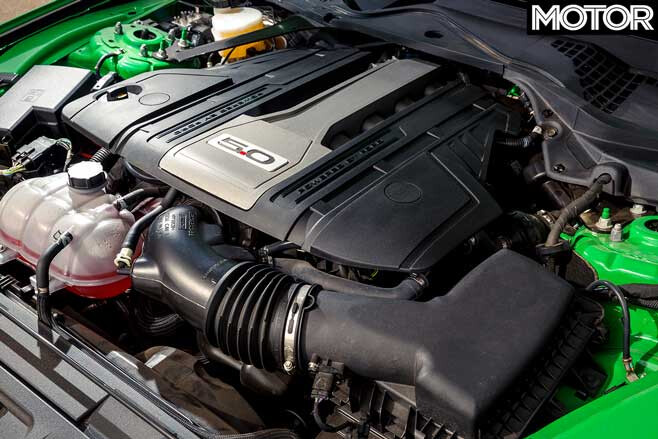 Ford’s subsequent official response is that the Mustang GT is not a track car, but “a performance tourer designed for enthusiast driving on public roads”. Okay. We weren’t expecting a Shelby GT350. However, at an event that is completely a track test, the issue was critical. And surprising, since it was much cooler than that PCOTY day at The Bend.

Thankfully, because it was a manageable problem, and we had decided to scrap any collected data for the final result, we were still able to salvage an impression. Even if it was skewed.

It was always going to be hard to gel with a 339kW/556Nm coupe in such conditions, with more power flowing in this GT and a front-heavy grip balance carried over from the last model, it struggled to ground power, even with the lightest throttle application, on the new Michelin Pilot Sport 4 S tyres. Mind you, they never had long enough to reach temperature.

There’s still plenty to like about this big boofhead, though. When the powertrain’s playing ball, the new Coyote spins to 7400rpm, blasting a delicious racket through that active exhaust. Meanwhile, the 10-speed auto’s short ratios and delightfully rapid shifts keep the sound concentrated on that lovely top-end. The steering was also a lot more tactile than expected on a wet Winton.

Despite its temperamental nature, the GT fared okay with the judges, falling down the order on only two sheets. Still, to understand why it ultimately scored a wooden spoon, you have to look at the price. At $63,990 in base manual form, it’s already five grand more expensive than the old 306kW GT.

Add the 10-speed automatic and its $3000 penalty, then suddenly it’s $14,400 more expensive than this field’s average price and easily the second-most expensive car here.

Only a winning judges’ score would have been enough to save it from its price disadvantage. Considering this strong field, and its rampant temper, the GT sadly never stood a chance. Here’s to hoping that changes in the future. 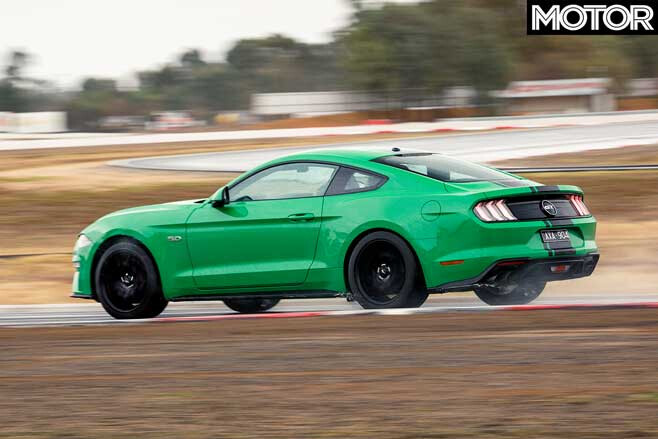 Campbell - 5th
“Lots of good vibes. Lives life on the edge in the wet.”

Morley - =5th
“Too much choice confuses some. Choice of 10 gears does the same here.”

Luffy - 9th
“The GT’s lap time was 1:59.64 and it was pretty wet then. The tyres felt like the limiting factor. It just gets a lot of understeer on initial entry; it feels like it’s too stiff in the front. The gearbox was really good, but the biggest disappointment was it went into limp home mode 1.5 laps in and I couldn’t really push too hard before it was saying ‘Engine Temp’ and ‘Reduced Power’. Given the cool conditions that was really disappointing.”