The first example of the Shelby Mustang GT350 has landed in Australia, set to be converted by Melbourne outfit Mustang Motorsports.

A privately-imported 2017 model, the road racer is being converted to right-hand drive and will provide Mustang Motorsports with the knowledge it needs to convert other GT350s when/if Australia’s import laws change. 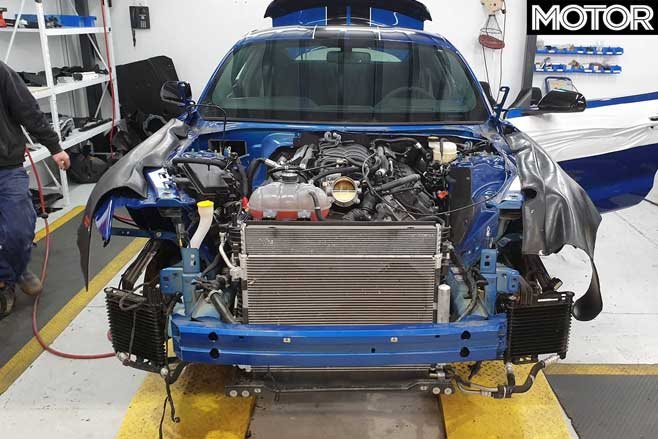 As the Ford Mustang is currently offered as a standard production car in Australia low-volume variants are off the table, but new legislation set to be introduced in late-2019/early-2020 will allow such models to be legally imported as long as they meet certain exclusivity criteria.

The Shelby GT350 isn’t offered in right-hand drive but while pricing hasn’t yet been confirmed – MM is keeping the final figure under wraps until it has an accurate assessment of the time/parts involved – it’s expected to be in the $200,000-250,000 range.

Unlike the regular Mustang GT, the Shelby GT350 uses a flat-plane 5.2-litre V8 – dubbed ‘Voodoo’ – to produce 392kW/581Nm while revving to 8000rpm. This translated to 335kW at the rear wheels on Mustang Motorsport’s dyno.

By way of comparison, a standard 2018 Mustang GT manual produced 306.4kW at the hubs on Herrod Performance’s dyno. While not a like-for-like comparison due to the wheel vs hub dyno – not to mention different temperatures etc. – it suggests the GT350 is one potent Pony Car.

The supercharged Shelby GT500 is also a possibility but MM told MOTOR that securing an example to import will be difficult due to demand far outweighing supply in its USA homeland.