It didn’t take long for Shelby to get its hands on the latest generation Mustang.

Its first offering is the GT350, a hardcore racer for the road packed full of go-fast gear, including the most powerful naturally-aspirated V8 Ford has ever produced.

Let’s start with that engine. The 5.2-litre V8 is unique to the GT350 and is Ford’s first ever production V8 with a flat-plane crankshaft, a configuration most commonly found in Ferraris.

This configuration enables better cylinder breathing by reducing overlap between exhaust pressure pulses. Final figures have yet to be confirmed, but Ford has confirmed the new engine will produce more than 373kW and 542Nm.

Power will be fed through a six-speed manual gearbox to a Torsen limited-slip differential, while an optional Track Pack adds an oil cooler for the engine and transmission.

If anything, however, the upgrades to the chassis are even more impressive. MagneRide continuously variable dampers make their Mustang debut, with the ability for each corner to adjust itself every 10 milliseconds.

Lightweight alloy wheels measuring 19 x 10.5-inch at the front and 19 x 11.0-inch at the rear are wrapped in Michelin Pilot Super Sport rubber.

The size of the rolling stock has allowed the fitment of enormous 394mm two-piece cross-drilled front rotors clamped by six-piston calipers with 380mm discs and four-piston calipers at the rear.

Inside, there are new sports seats and a flat-bottomed steering wheel, while an integrated driver control system makes an appearance, allows drivers to select from five modes which alter the ABS sensitivity, stability and traction control, steering weight, throttle mapping, damper stiffness and exhaust settings.

Sadly, Ford Australia has no plans for the GT350 to join the local line-up, which is a crying shame, as based on the spec list alone, this new Shelby looks to be one of the most desirable cars of 2015. 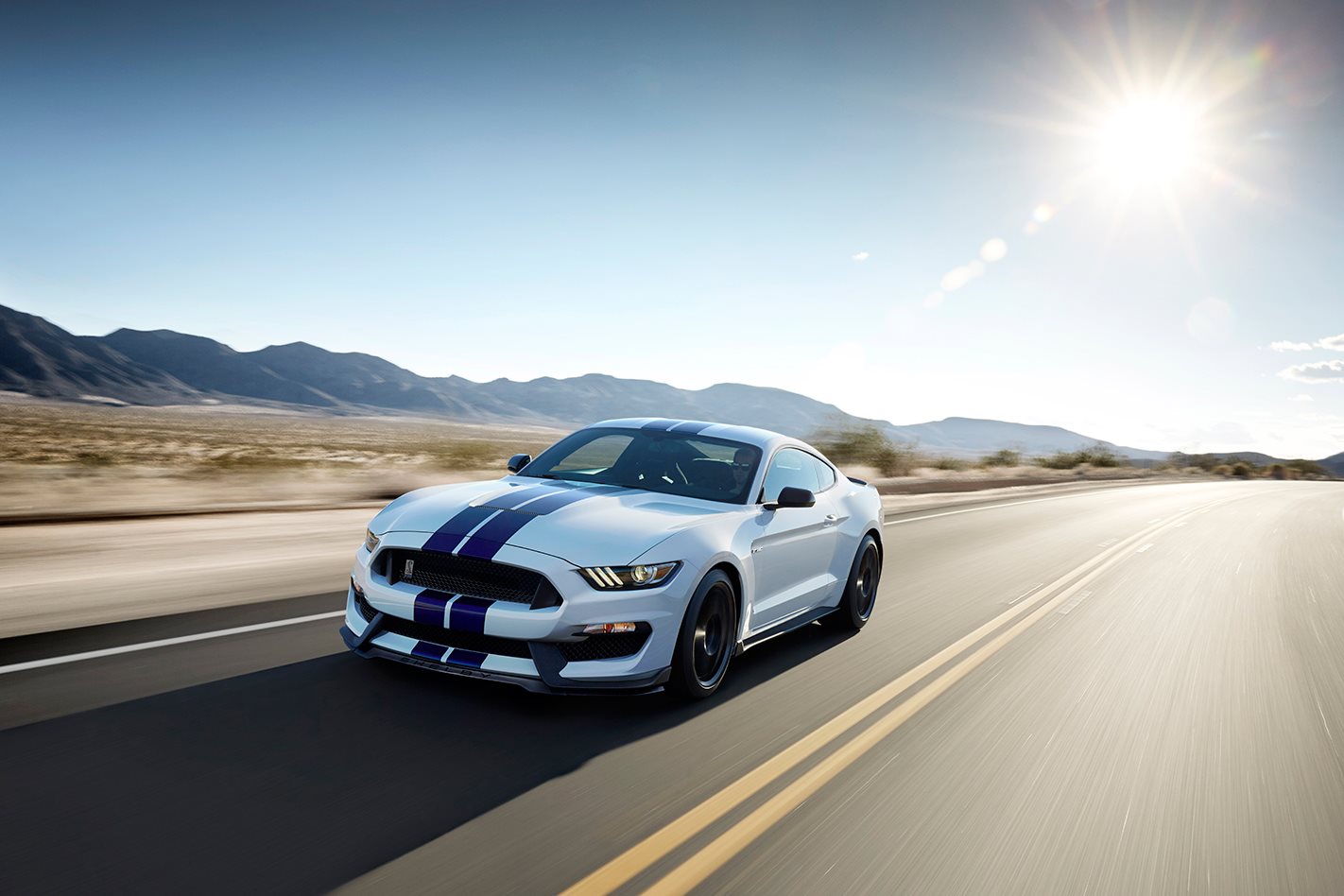 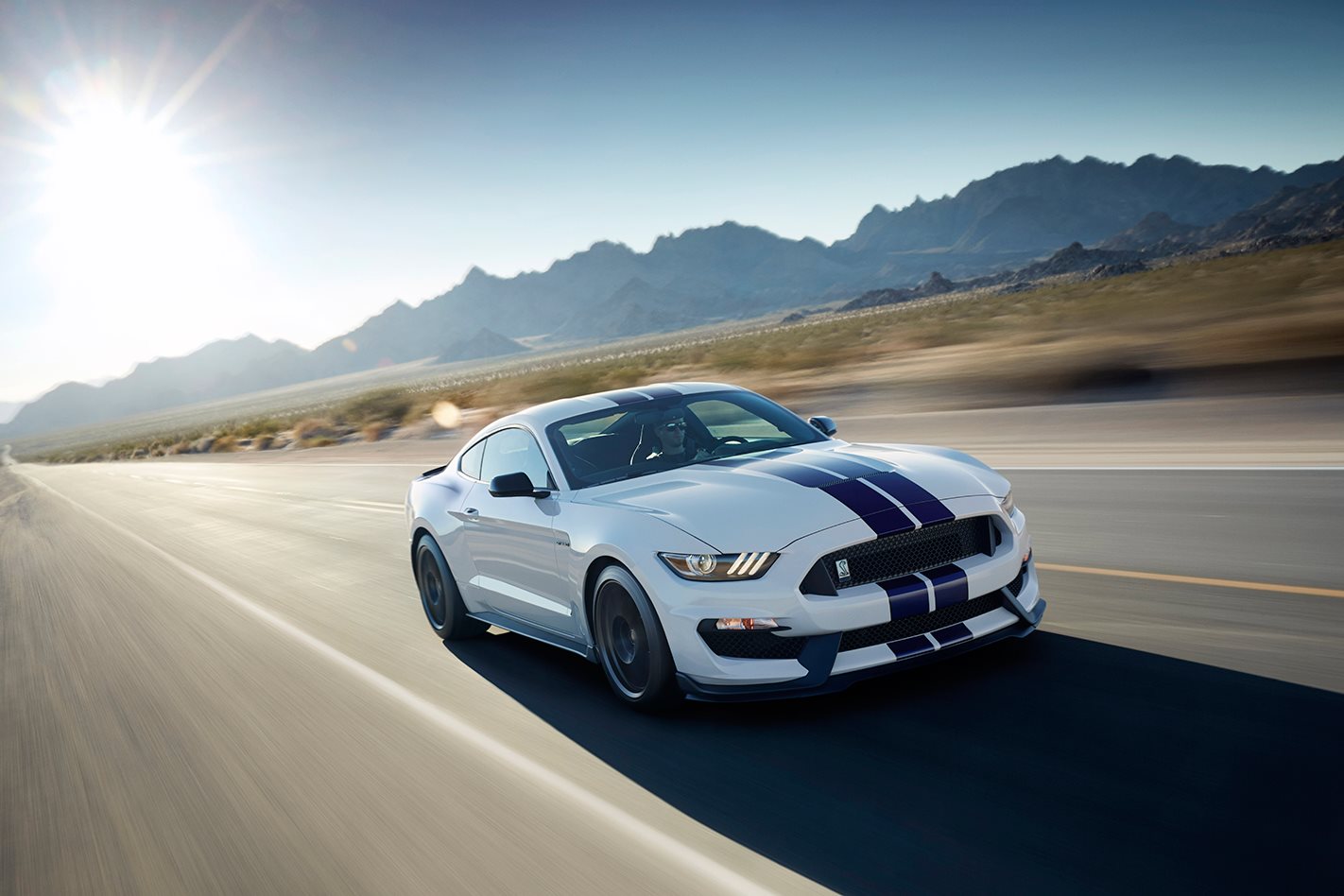 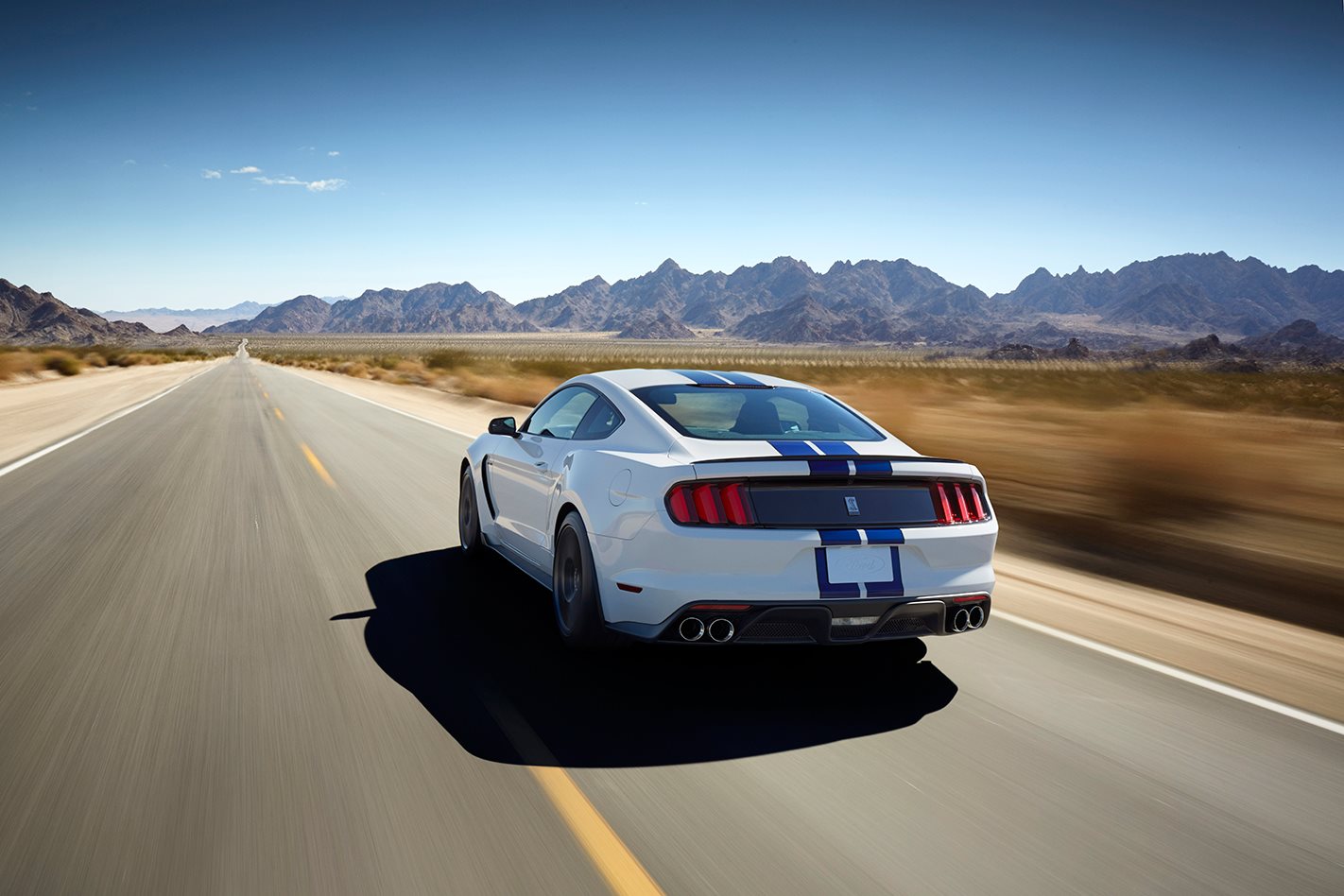 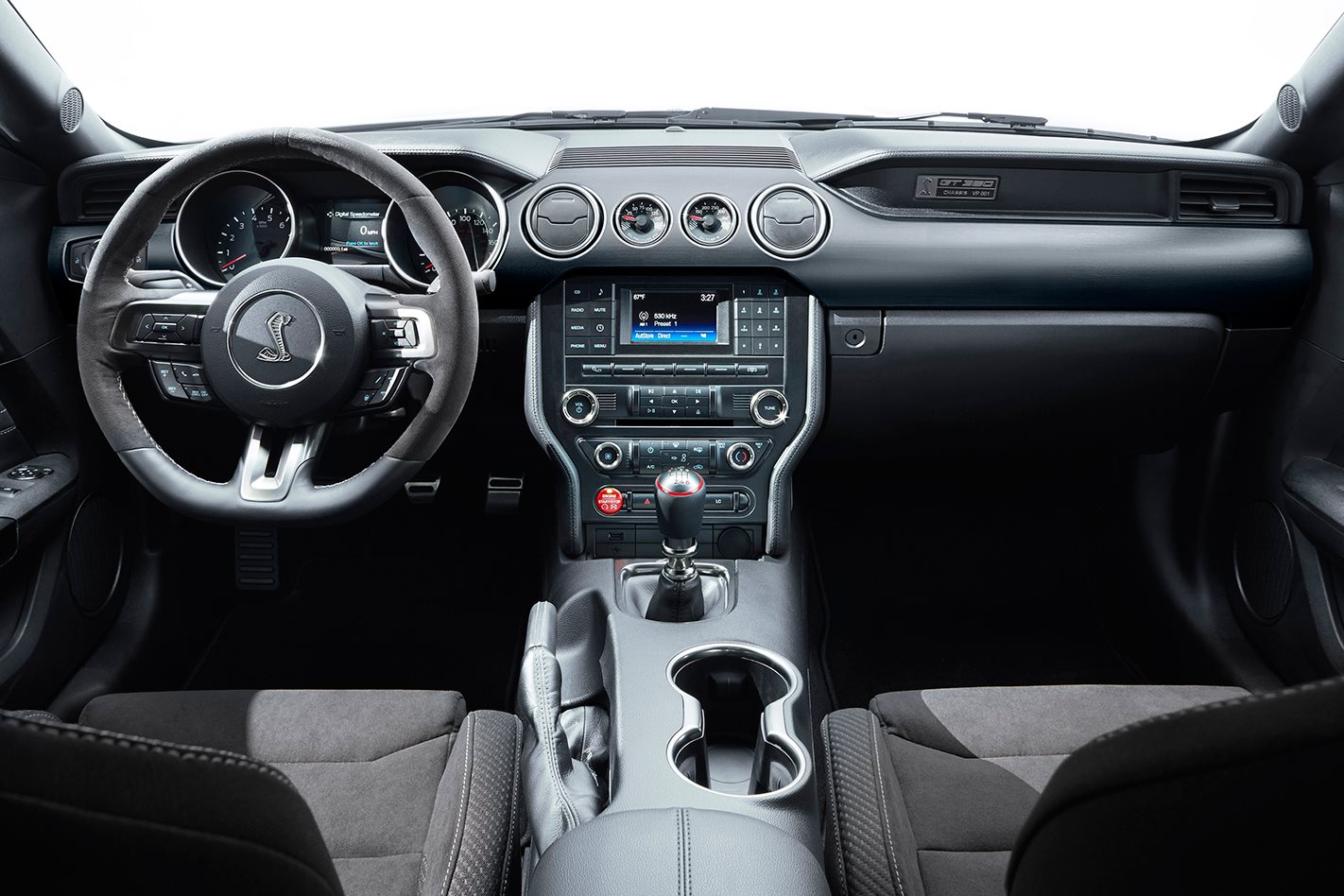 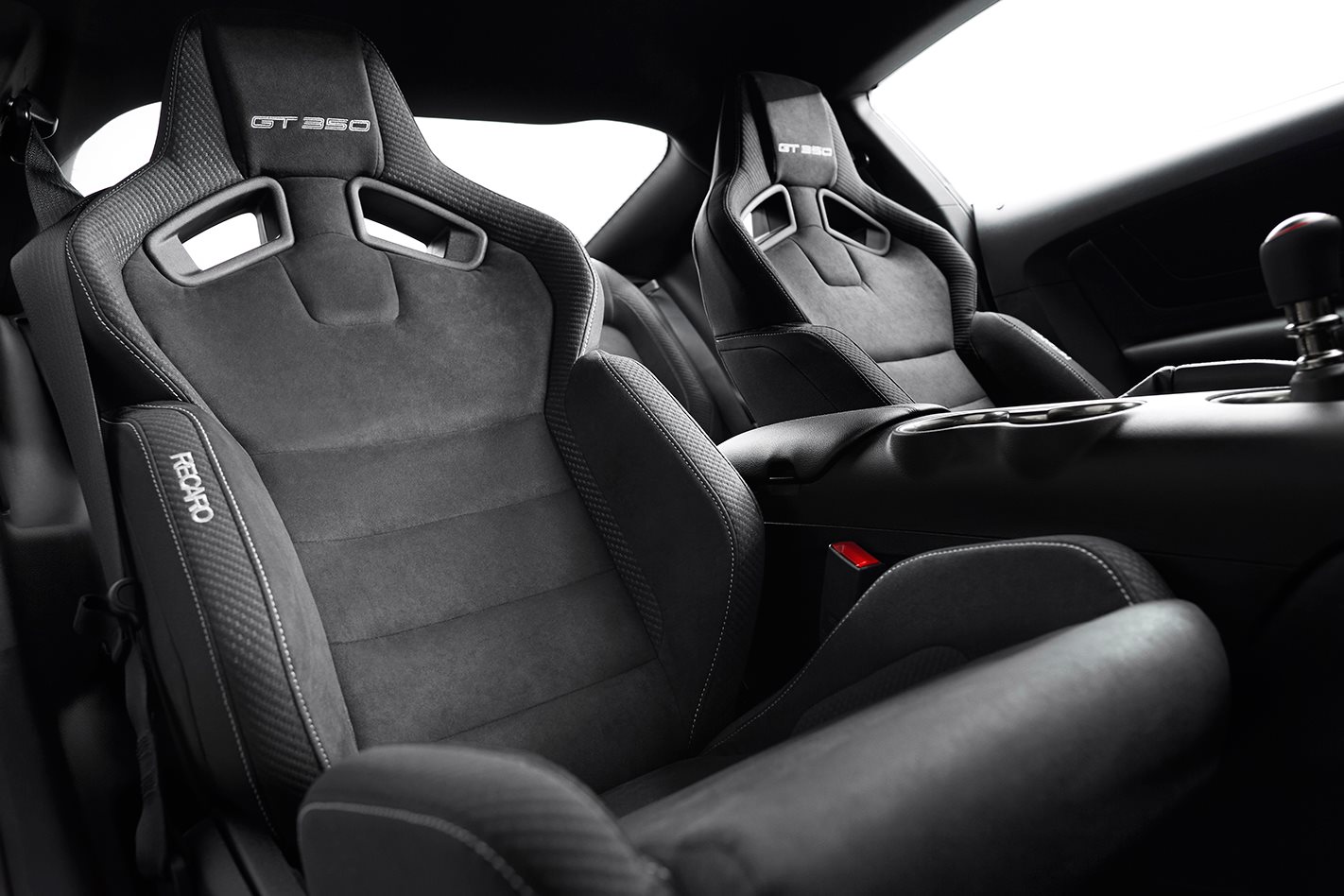 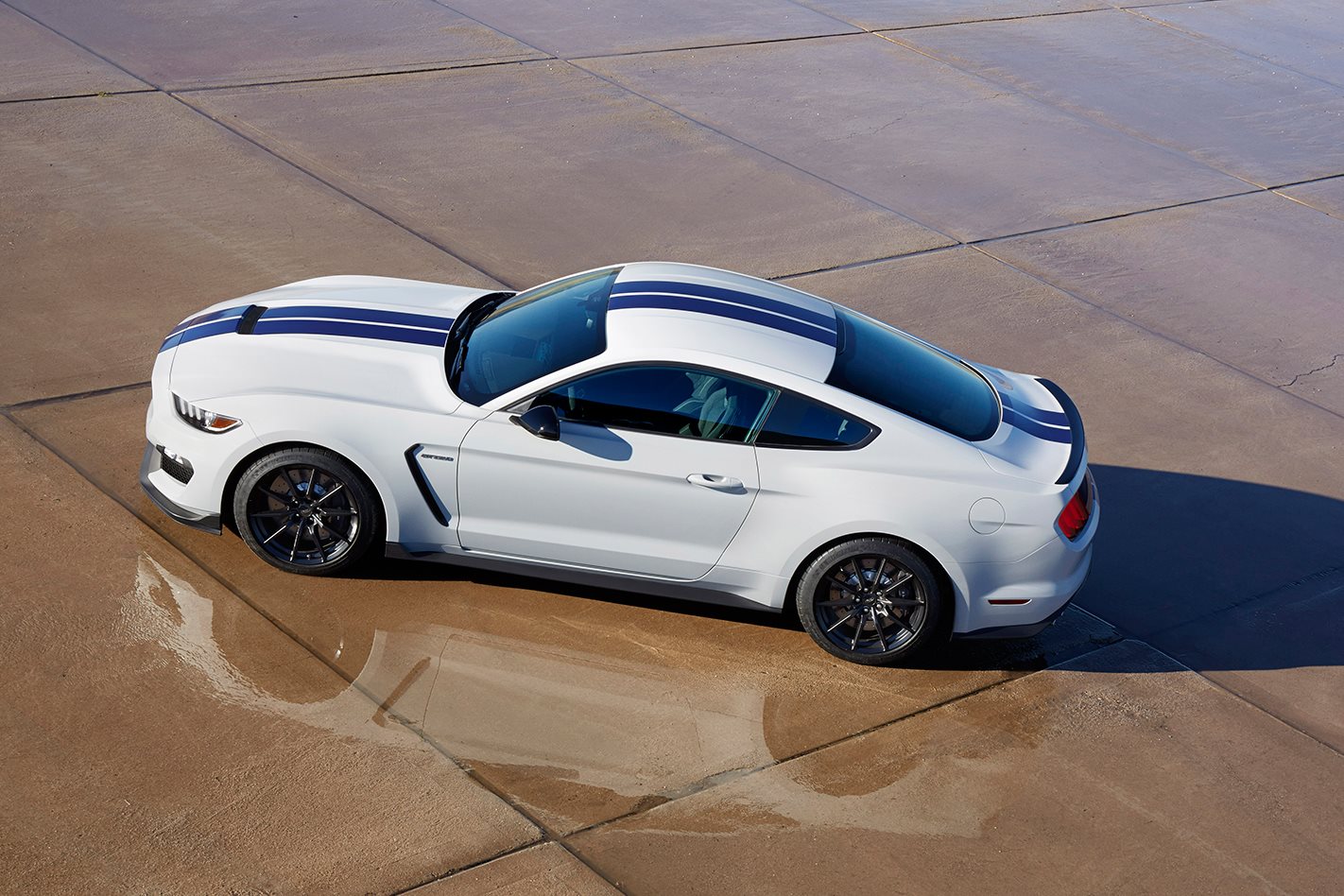 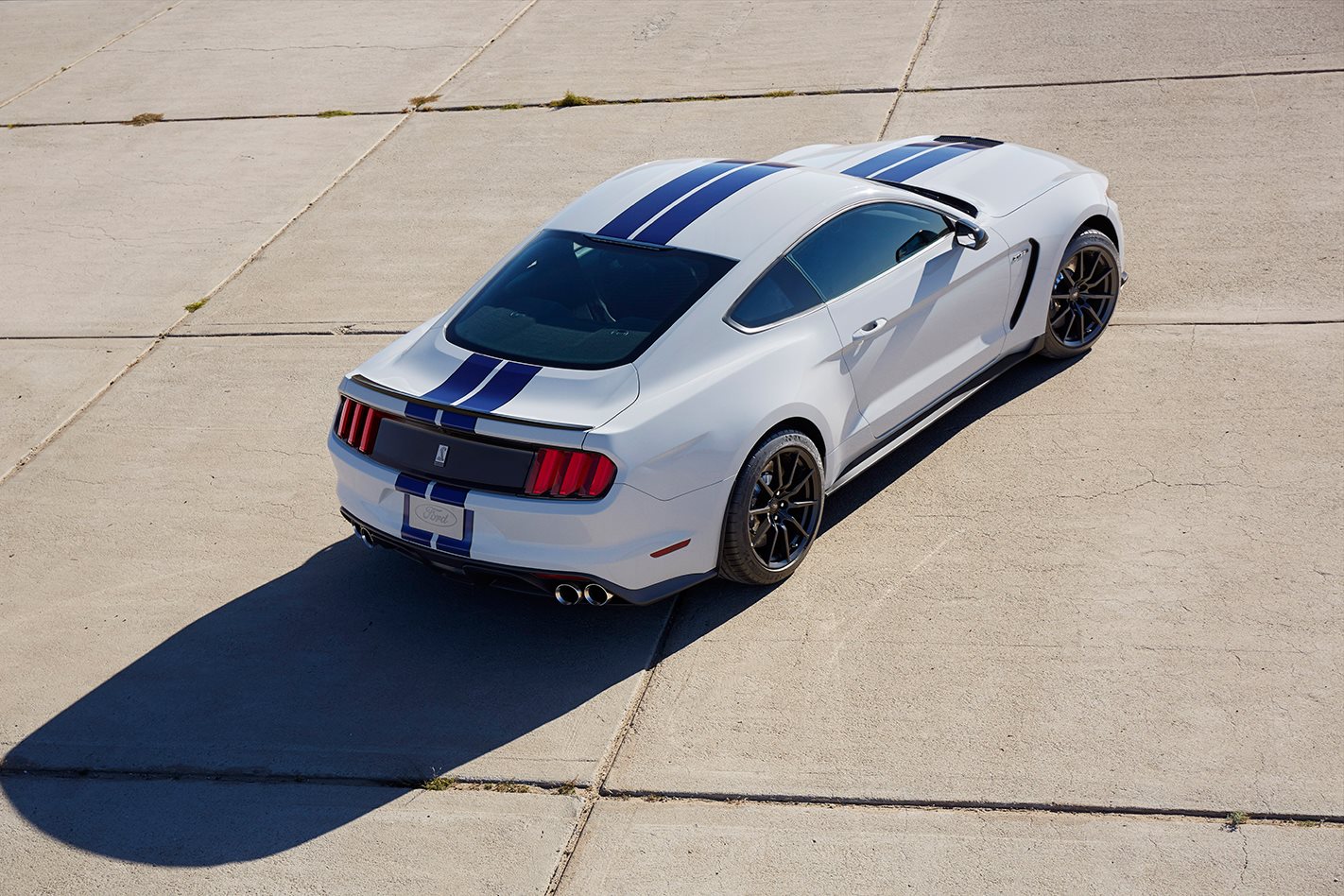 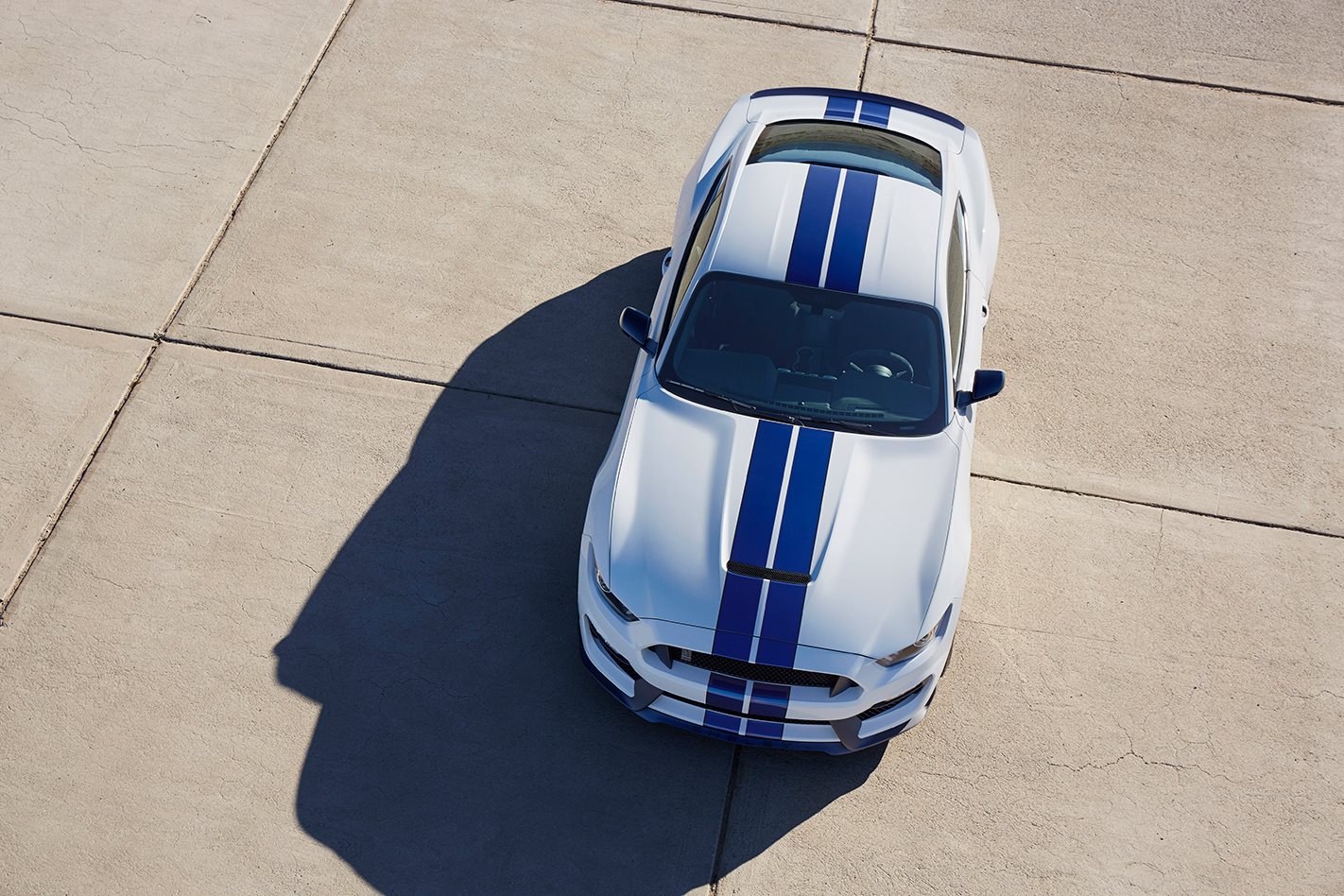 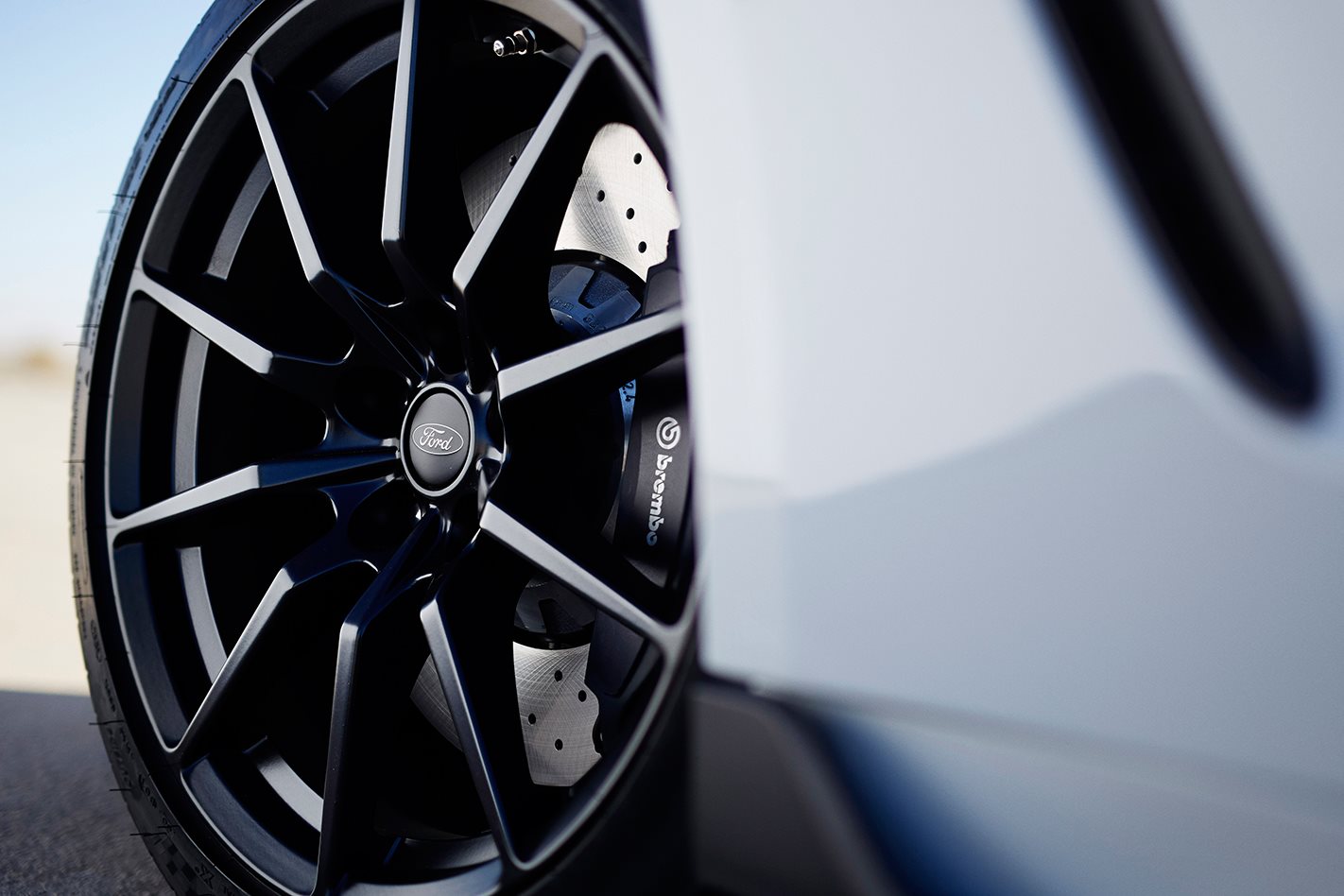 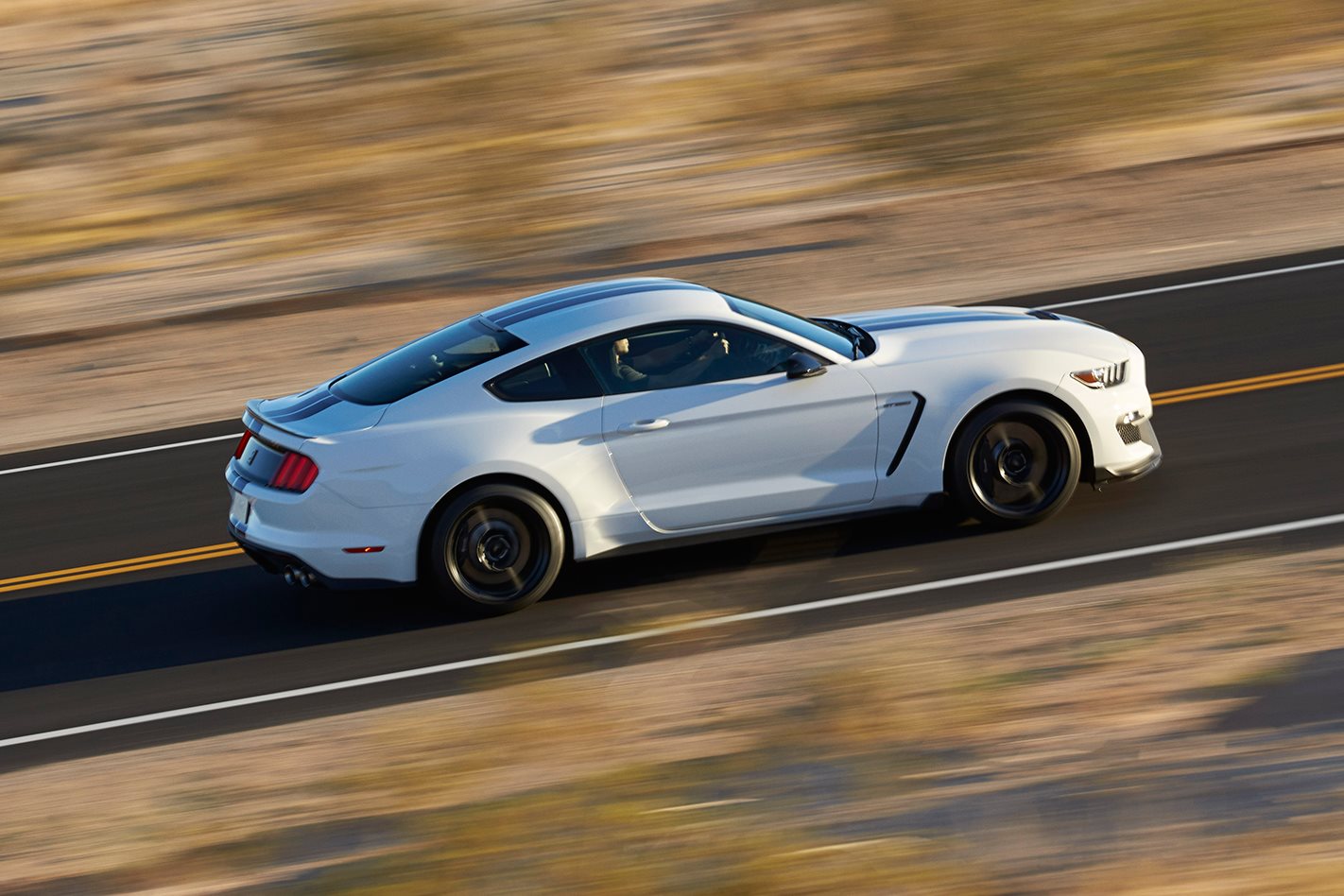