Speed-dating not a forte of Munich's big-budget bahnstormer

COTY CONTENDERS don’t get long to make a favourable impression during the first few days of COTY and that’s exactly how it should be, in a way replicating the time spent during the test drive experience of a paying customer.

If a car can’t shine in that first 20 minutes at Lang Lang, it’s almost a guarantee it will struggle to progress – a quandary in which BMW’s 5 Series finds itself.

So technologically dense is the G30 generation that it takes quite a while to appreciate its breadth of talent. Unfortunately it seems that a focus on driver aids and infotainment has come at the expense of the sort of driving dynamics we associate with the BMW 5 Series. In short, it no longer feels like the keen driver’s choice in the segment. 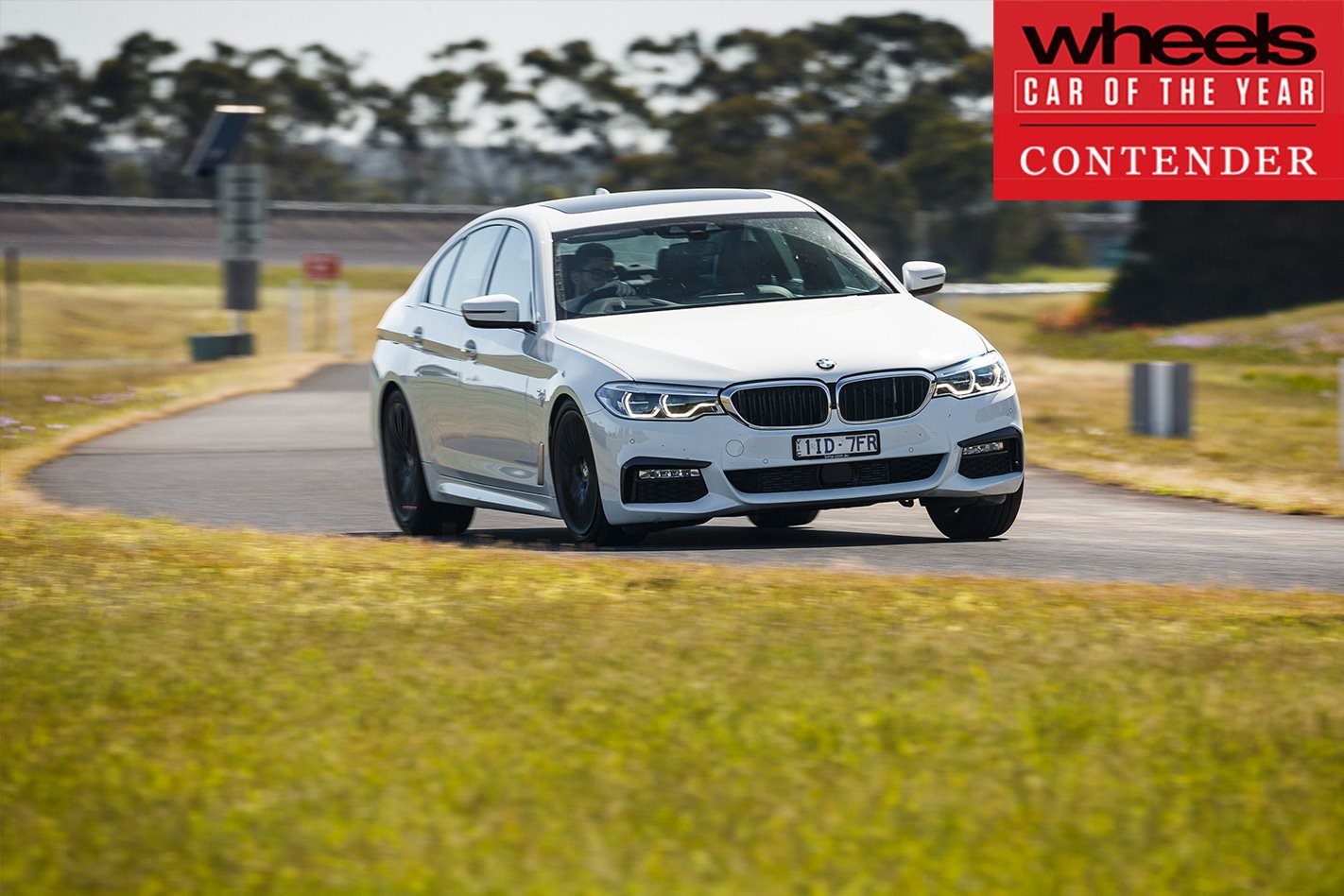 There were notable high points. The six-pot turbo-diesel in the 530d is everything you’d hope for – smooth, brawny and seemingly unburstable – while the lighter front end of the 530i gave it a welcome extra measure of agility for a big ’un. Yet almost every judge emerged from the BMW with a slightly vexed look plastered across their face. Disappointment? Frustration? In truth, it looked a combination of both.

Carey was even-handed enough to give the 5 Series a certain benefit of the doubt. “It’s one of those cars, I suspect, that feels much more at home – and impressive – on the road, not a proving ground,” he noted.

I never felt that charitable. Looking back at my notebook it’s fairly vitriolic stuff, but that’s largely due to the high bar that BMW has set itself with previous iterations of the legendary 5 Series. 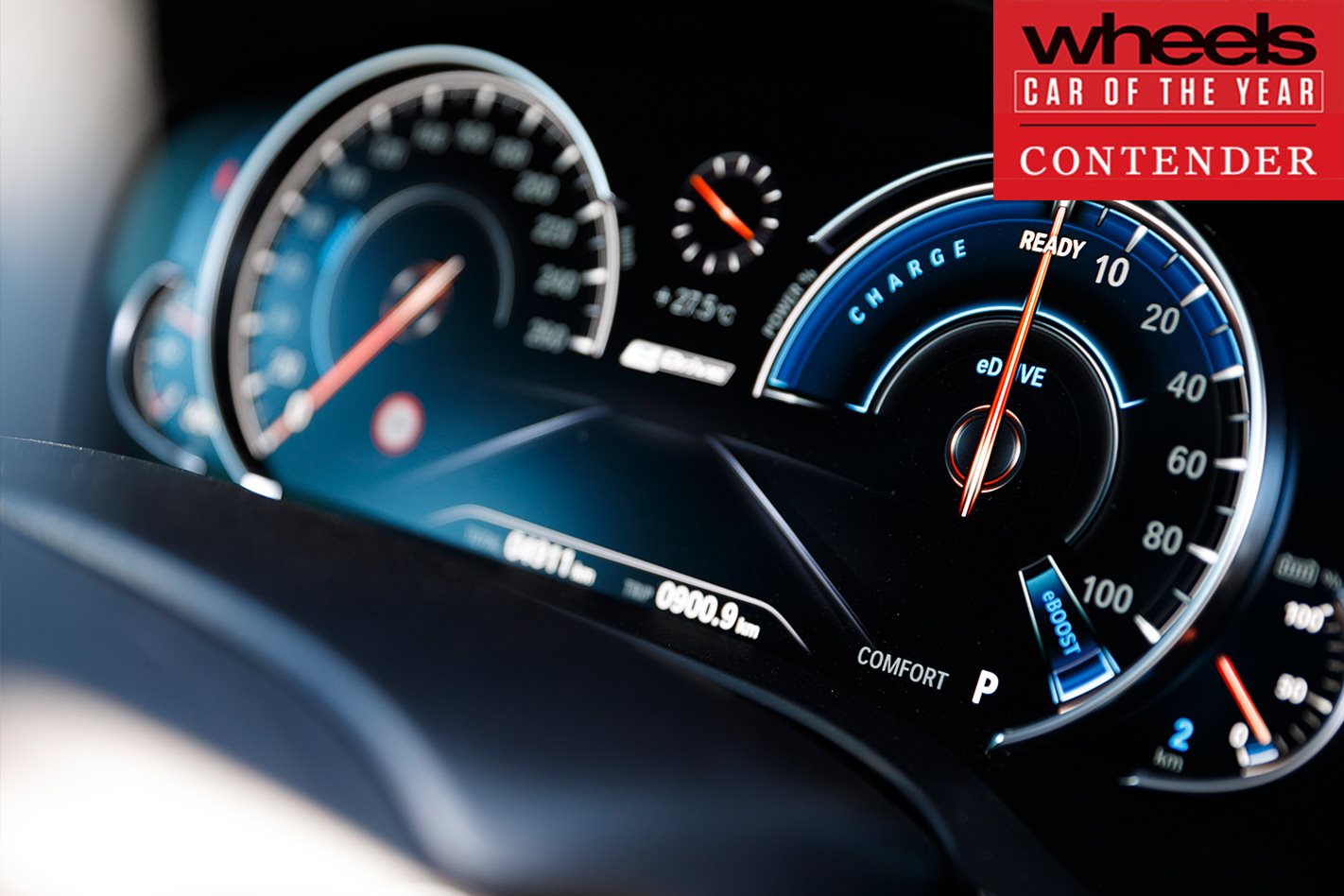 The ride and handling compromise of the G30 never endeared itself to the judging panel. “Not bad to drive,” was one comment on the 530e plug-in hybrid. Faint praise indeed.

“ESC everywhere, throttle denial everywhere,” was another. We laud BMW’s commitment to bring the BMW 530e to market for the same price as the 530i, but it can’t match its conventionally powered sibling for reassuring consistency of powertrain response.

All suffered an odd combination of muted, floaty ride interspersed with surprisingly flinty interjections over harsher bumps. Much of that was down to tyre choice, the 530i riding on 20-inch Goodyear Eagle F1s that sent a crashing shudder through the body when negotiating Lang Lang’s cattle grid at even modest speeds. One judge reported that the stability-control light of the 530d was illuminated virtually all of the way round the loose surface course, without applying an extravagant ladling of right boot. 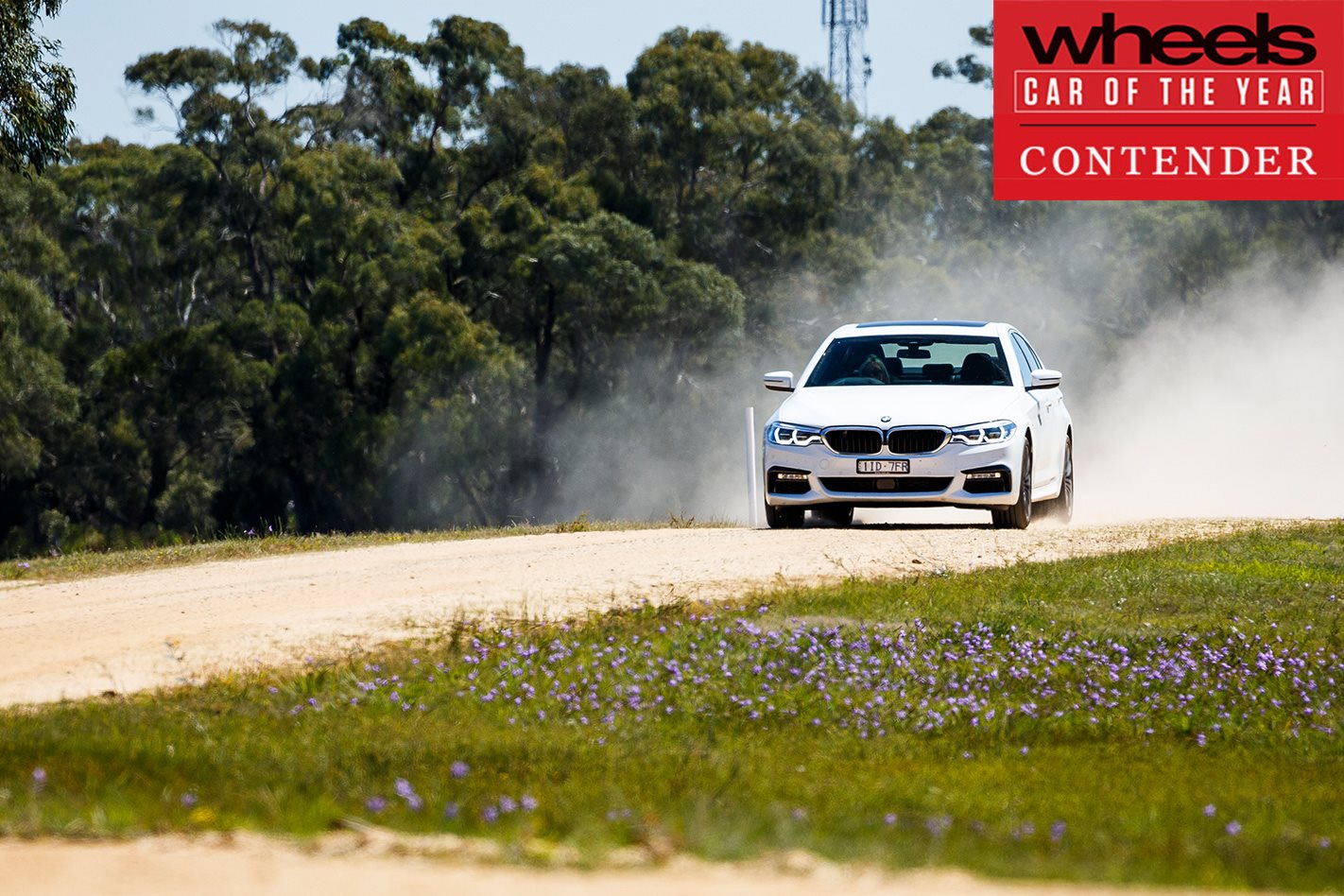 All three struggled to pull away cleanly after the dirt road braking exercise, although it was hard to fault the wet braking on bitumen.

BMW has openly admitted that this G30 5 Series is more a luxury car than a sports sedan, and it’s easy to see the Germans’ viewpoint. A current 3 Series occupies virtually the same road footprint as the revered E39 Five, with this latest 5 Series spun off the same modular Oberklasse platform as the current G11 7 Series.

Even taking this into account, the 5 Series didn’t do enough to progress. It lacked the velvety isolation of a top-notch luxury car, the feedback of a sports sedan and the talent to carry off both roles convincingly. Maybe it would show its best as a bit of a slow-burner, a car you’d grow into, particularly when optioned selectively. 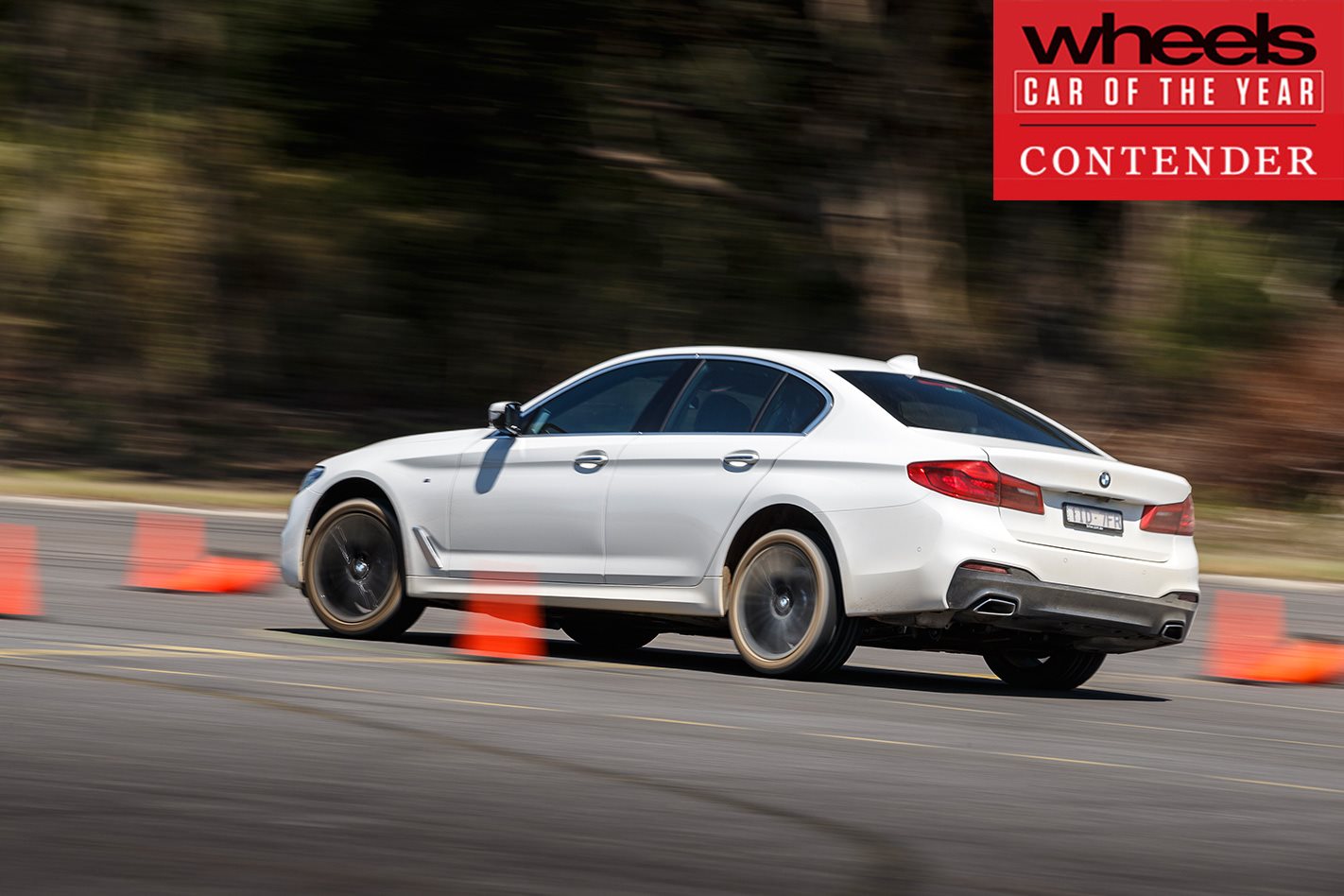 But time was a luxury the Fives at COTY weren’t afforded.

THE TYRANNY OF CHOICE

Given the dizzying permutations of variations available, it’s easy to see how some testers have loved the G30 Five while others have come away crestfallen. It shouldn’t be a lottery to land a 5 Series that drives with a panache that matches the brand’s DNA. 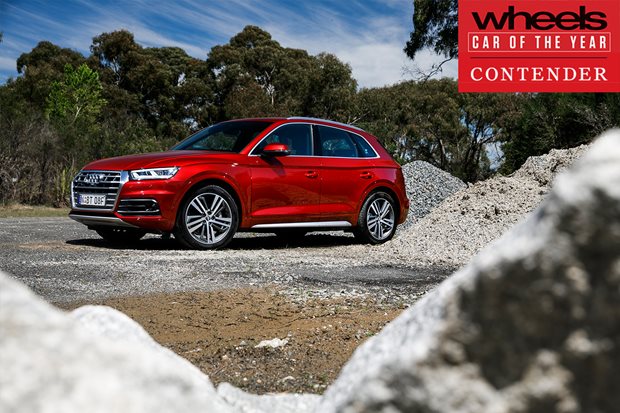 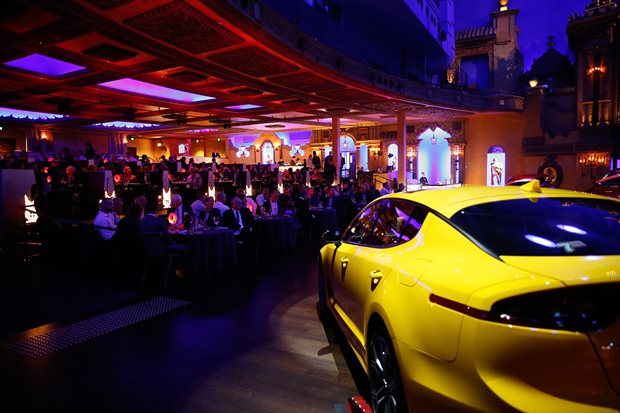 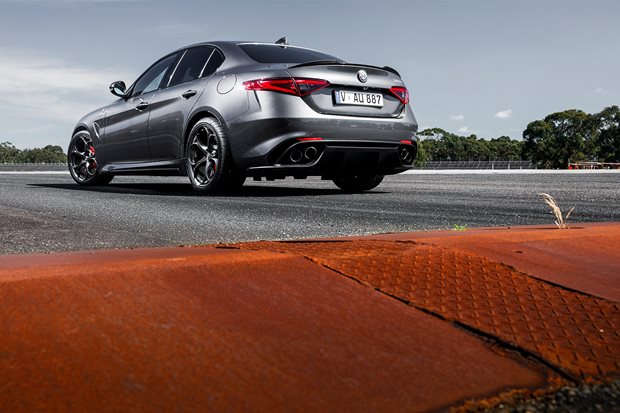 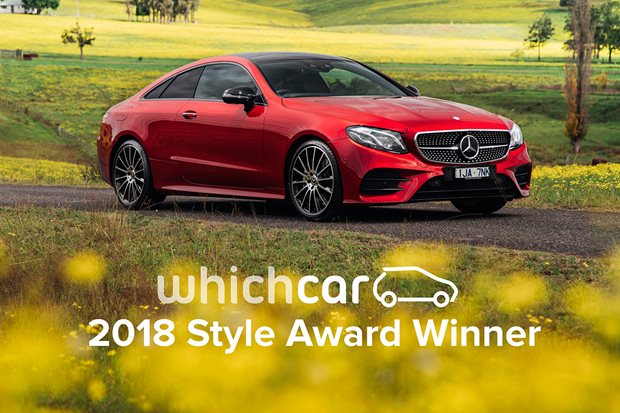 Sophistication, elegance and an awe-inspiring interior put the E-Class Coupe on top