Does plenty to elevate Lexus’s image, if not the game

THERE’S a reason the LC coupe  looks the way it does: for Lexus, it’s a seduction project.

Legend has it, after a visit to the Pebble Beach Concours d’Elegance and noticing a major lack of L badges on the greens, Toyota president Akio Toyoda realised that to Westerners, Lexus was perceived as snoozy and emotionless, and has made it his mission to sex up the brand.

Less than half a year later, a voluptuous coupe concept known as LF-LC premiered at the 2012 Detroit show, designed in Toyota’s California-based studio. Five years later, via the supreme Motomachi master artisans or Takumi, the production Lexus LC arrived, with hardly a conceptual curve out of place. Was it enough to wake up the brand? 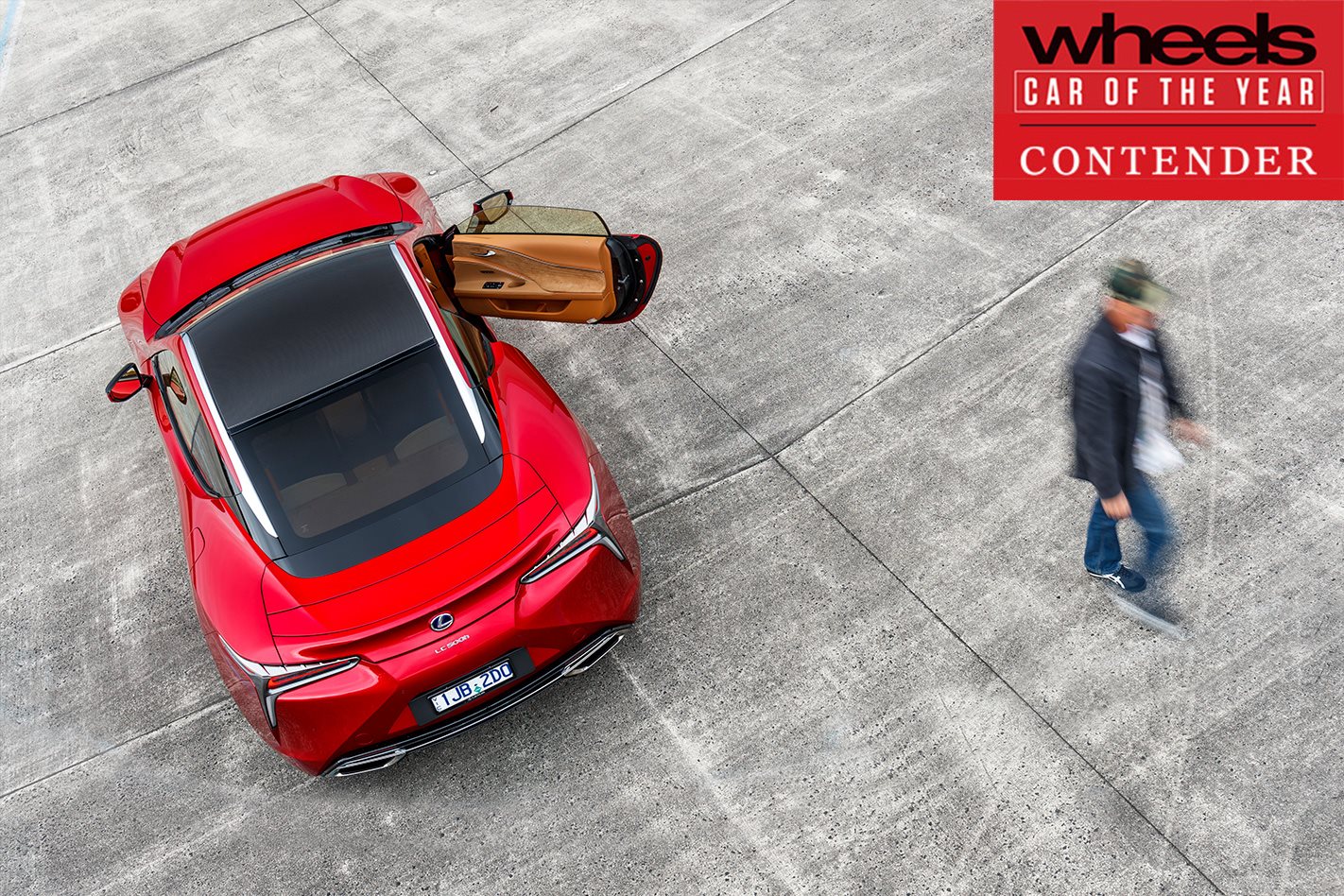 Well, it certainly gets a rise out of us.

A sense of surprise at the fact it exists hovers around the Lexus LC, and it brought many a smile to Lang Lang. Of course, in a field with more than its share of raised wagons, it’s not hard to crack a grin when you pour yourself into a plush, low-slung, naturally aspirated V8-powered rear-driver.

Especially one that looks like an intergalactic luxury hotel, growls like a beast, and pumps out 351kW/540Nm via a rev-devouring and racy, tightly stacked 10-speed automatic that delivers flamboyant, rev-matched downshifts. And more so when you suddenly remember the badge stamped on its backside. Really, Lexus created this? 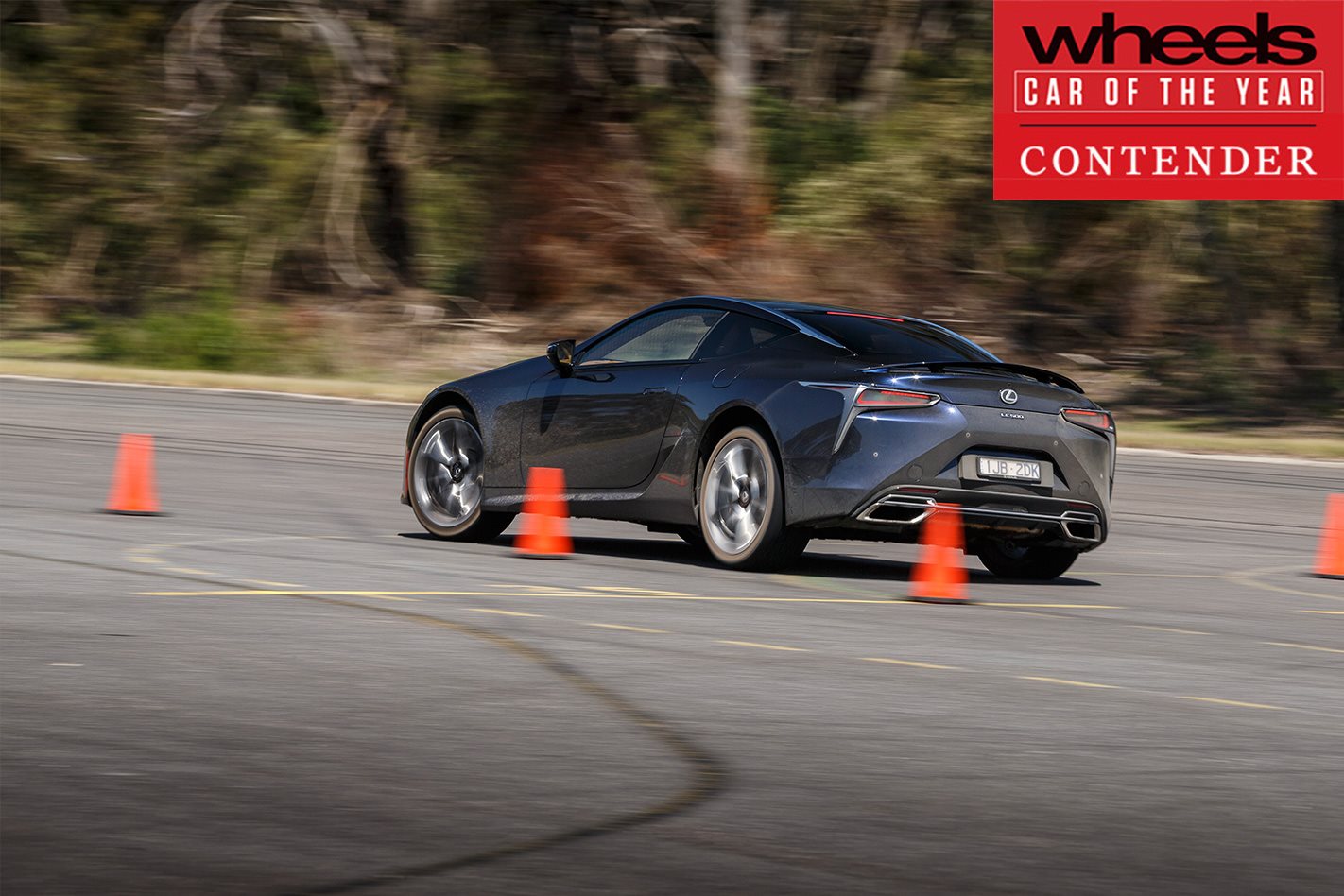 Alongside the beastly V8, for the same price is a 3.5-litre V6 hybrid, a polarising model that had some judges praising the swift acceleration and direct responsiveness of Lexus’s new multi-stage hybrid system tech, but others looking at its fraternal twin and asking “why would you?”

At a portly 1935kg (LC500) and 1985kg (LC500h), thanks to a mostly steel body, the Lexus is heavy and on Lang Lang’s handling circuit, it felt it. The LC is more boulevard cruiser than apex hunter, though body roll is well-contained, grip levels are high and the stability system is fantastically calibrated. That broad nose and a grille that looks like it could devour a small child gives the LC menace, yet its friendly dynamics encourage you to fling it into corners.

Our test cars had the $15K enhancement pack with four-wheel steering, which divided judges. Sharp and pointy, yet feeling quite natural, it’s noticed most in low-speed manoeuvres, but does it really make enough dynamic difference? 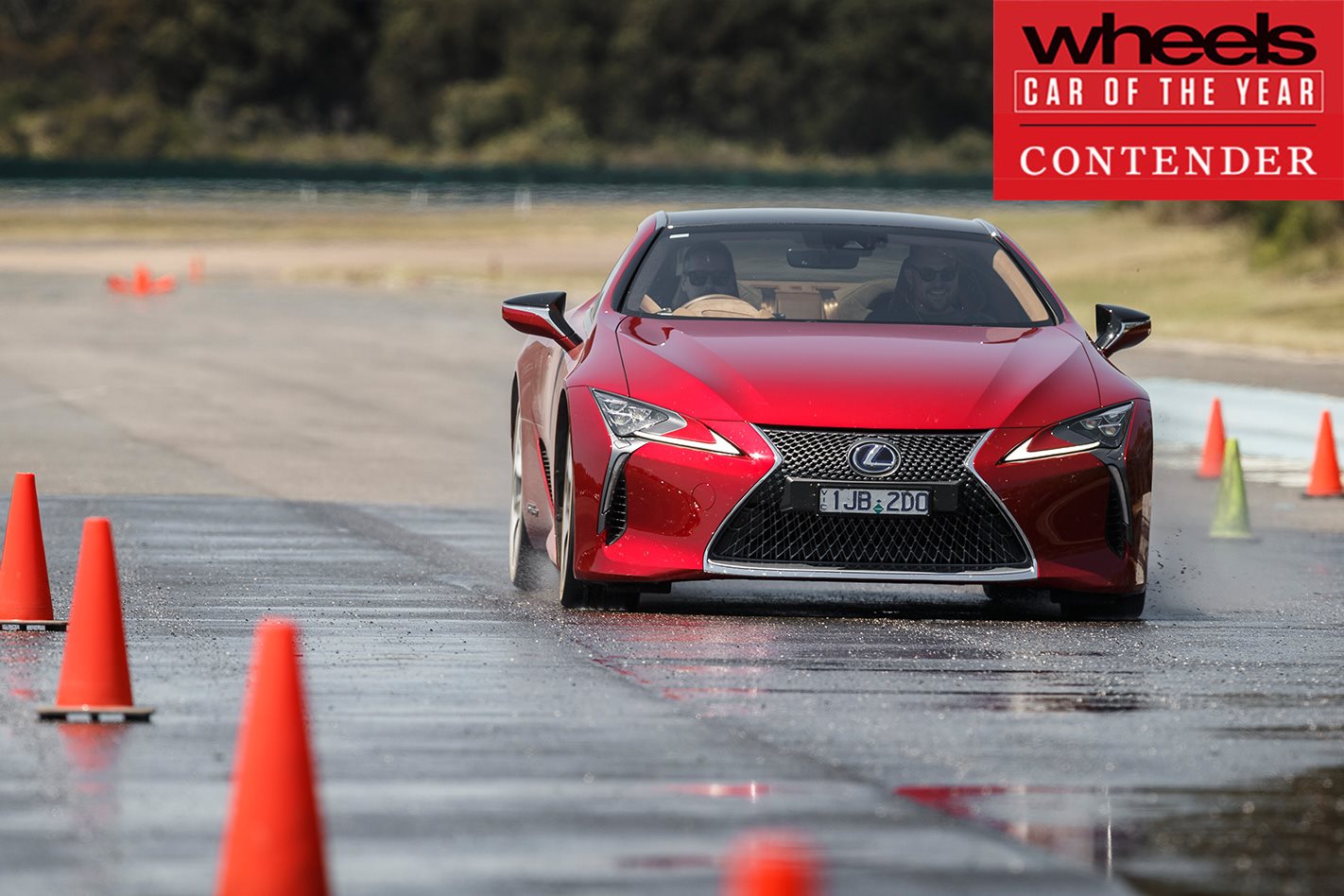 As a grand tourer, the LC gains points for its controlled ride (on 21-inch hoops), quiet, beautifully trimmed cabin and sublime front seats.

It also garners a lot of attention, and so it should: it’s an incredible achievement in design-meets-engineering at a price that seems reasonable for the technology, equipment and fundamental quality it buys you.

And details like the multi-dimensional tail-lights, the exquisite leather and suede that wraps the entire cabin, and the mind-blowing 918-watt, 13-speaker Mark Levinson sound system ensure the LC stuns. It’s a highly alluring grand tourer, provided you can live with its shallow, surprisingly small boot. 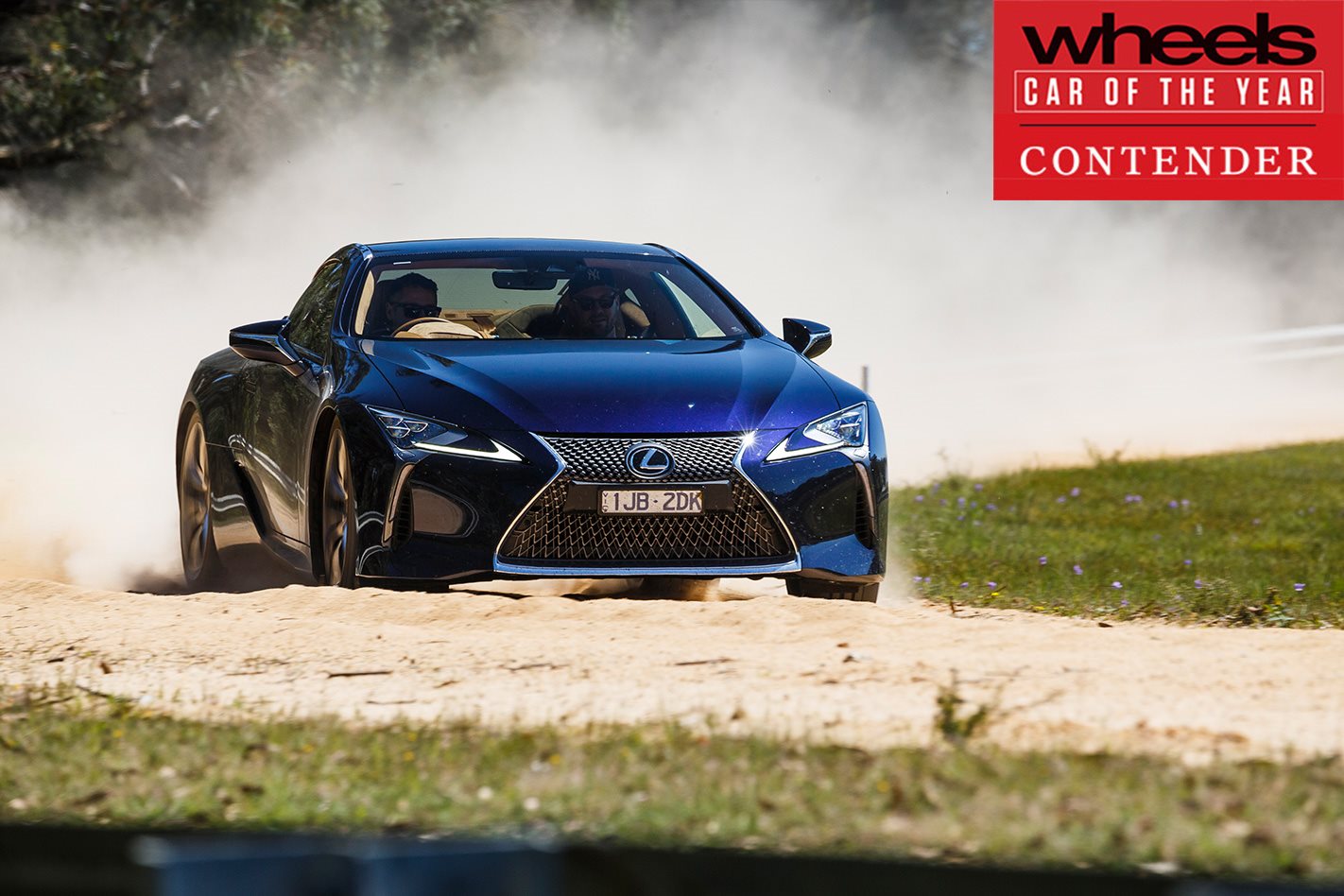 Lexus hopes the LC will change perceptions of hybrids as much as it wants the V8 to elevate its brand image as a maker of exciting sportscars. And yet, despite being a game-changer within the Lexus range, when it came to the final reckoning to progress to COTY’s next round, other cars mounted stronger cases against the criteria.

The Lexus LC V8 is studded with serious performance-car bona fides such as an engine that sits fully aft of the front-axle centreline, an active rear spoiler and carbonfibre roof (part of the $15K enhancement package that also adds rear-wheel steering), carbonfibre inner-door panels and a composite boot floor.

The bumper beams, front suspension-mount reinforcements and most of the suspension links are aluminium, as are the door skins. A rear-mounted battery helps limit the nose’s weight load to 52 percent. 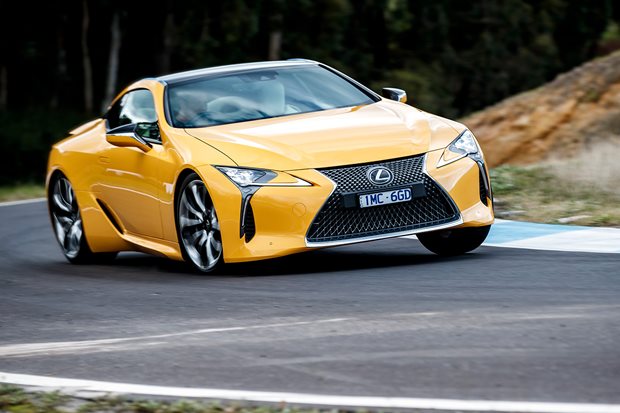