Mazda’s stylish seven-seater manages to meld together the core Car of the Year disciplines and commands attention in the final six.

In the 12 years since the Ford Territory won Car of the Year, sales of SUVs have risen from 18 percent of the total Australian market to 37 percent in 2016, just four points shy of the dwindling passenger-car percentage.

So it’s somehow timely – perhaps even well overdue – that Mazda has delivered us a seven-seat family SUV as desirable as the new-generation Mazda CX-9. 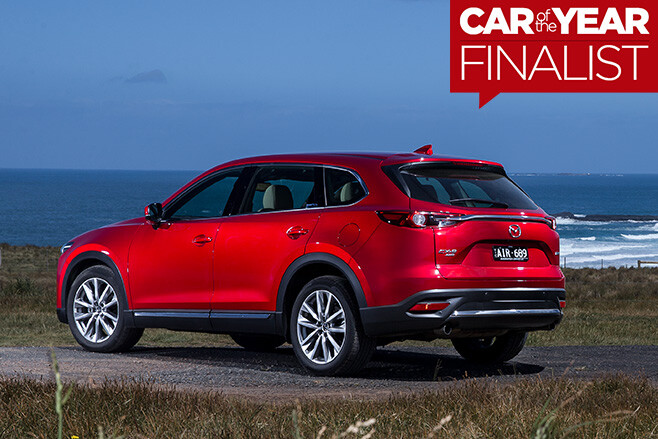 Its cab-backwards design goes against the grain of how to package a large, people-carrying breeder bus, yet the striking result is a handsome seven-seat wagon – engineered from the inside out – that blitzes its category for interior comfort and versatility, despite being smaller (and more than 130kg lighter) than the model it replaces.

A true indicator of the CX-9’s excellence is how it manages to meld together the core COTY disciplines – Function, Technology, Efficiency, Safety, Value – into one consistently satisfying whole.

For example, the technology it brings isn’t just for impressing the neighbours. An aluminium bonnet and front guards in a $42K base-spec seven-seater brings real-world chassis-balance and fuel-efficiency gains, not to mention a value-for-money prize. 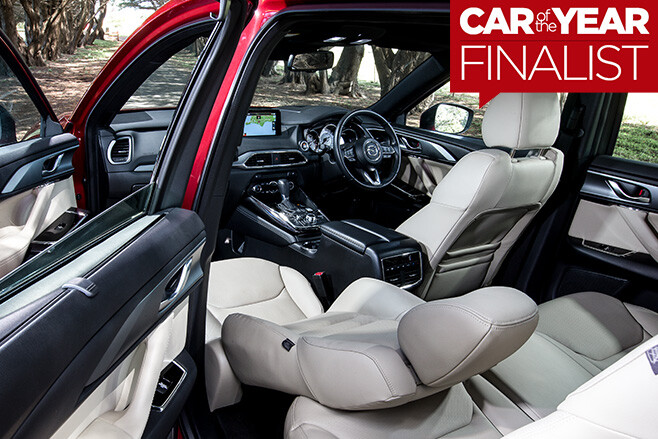 You can also bolt a proper child’s seat into the third row without impacting on luggage space – an extreme rarity for a seven-seater – and when said seats are folded away, the CX-9 exposes a vast luggage cavern that’s among the finest in its class.

Loveliest of all is its interior quality. A superb leather-bound steering wheel, even on the base model, and excellent dashboard presentation and finish mark this mainstream Mazda as something beyond its station in life.

Its drivetrain – a spirited 170kW/420Nm 2.5-litre turbo-petrol four – has enough spunk to match the most accelerative seven-seaters in its class but with fuel economy at least 20 percent better than any V6 rival (including the previous-gen CX-9).

CX-9 began its journey to COTY glory by wiping the floor with its rivals in a 10-car Megatest earlier in 2016, and commands attention as a COTY finalist.