PART limousine, part sports car infused with a dusting of Porsche 911. Nothing has changed with the premise of the Porsche Panamera.

But Panamera 2.0 is vastly improved, from the new-generation V6 powerplants to the lighter, more agile platform, all of which ensured it started strongly when measured against COTY criteria.

Ticking the function box is a wheelbase that’s stretched 30mm, in turn bringing more room for leg-stretching. Combined with luscious bucket seats, it makes for a rock-star travel experience. 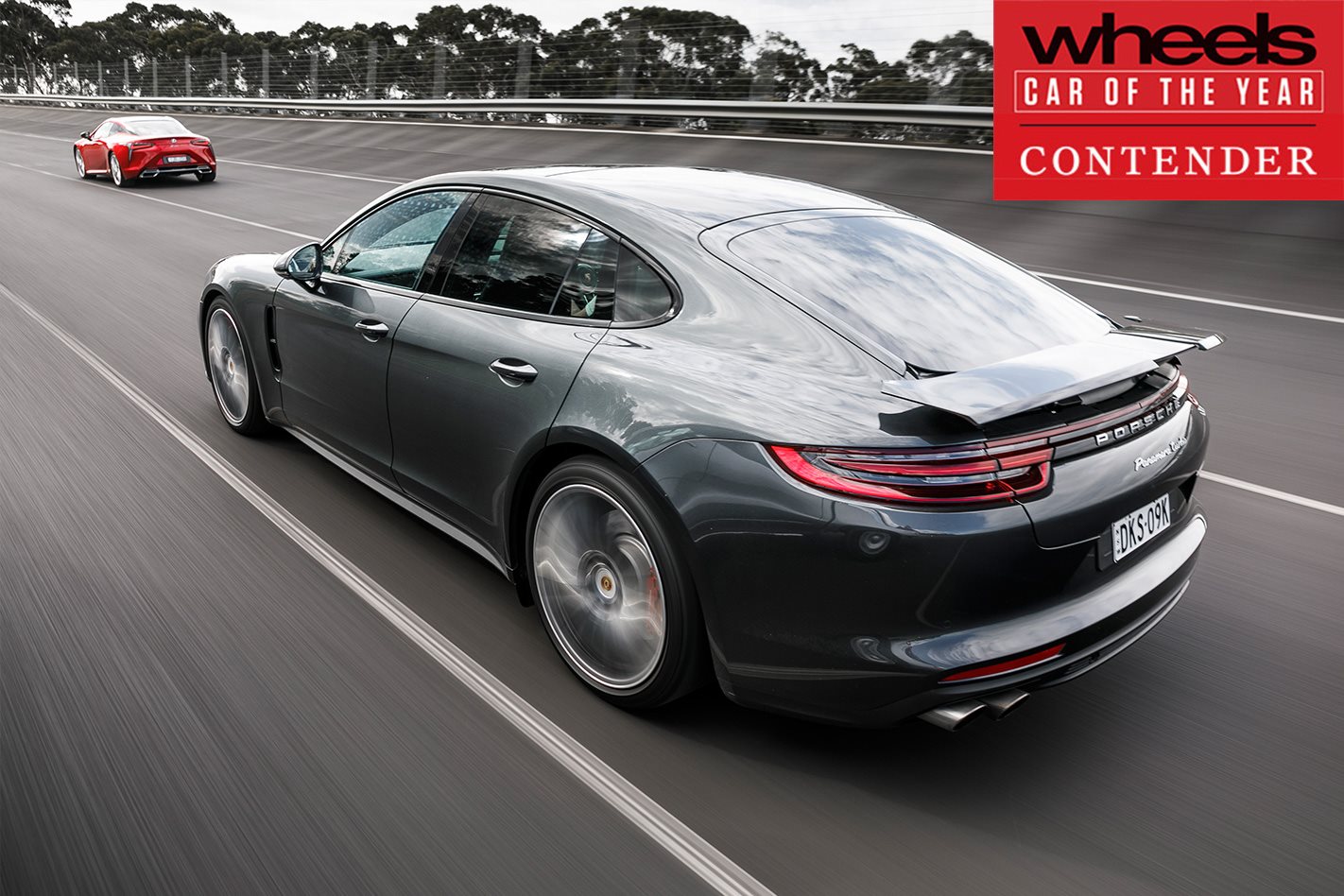 Those wanting a third rear seat can choose the new Sport Turismo wagonette body, complete with a chunkier look and an extra 20 litres of luggage space (for 520 litres in total).

Judges were also impressed with the efforts inside to blend tech with tradition. Displays and touchscreens replace most controls and instruments, with the exception of the analogue tacho. Even those in the rear get a 7.0-inch touchscreen. The vast touchpad incorporating major controls around the gear selector looks clean and benefits from haptic feedback, which reinforces when a button has been pressed.

But engineers have pushed the technology injection a step too far with the central air vents, which need to be adjusted via a fiddly sub-menu within that main central 12.3-inch touchscreen. 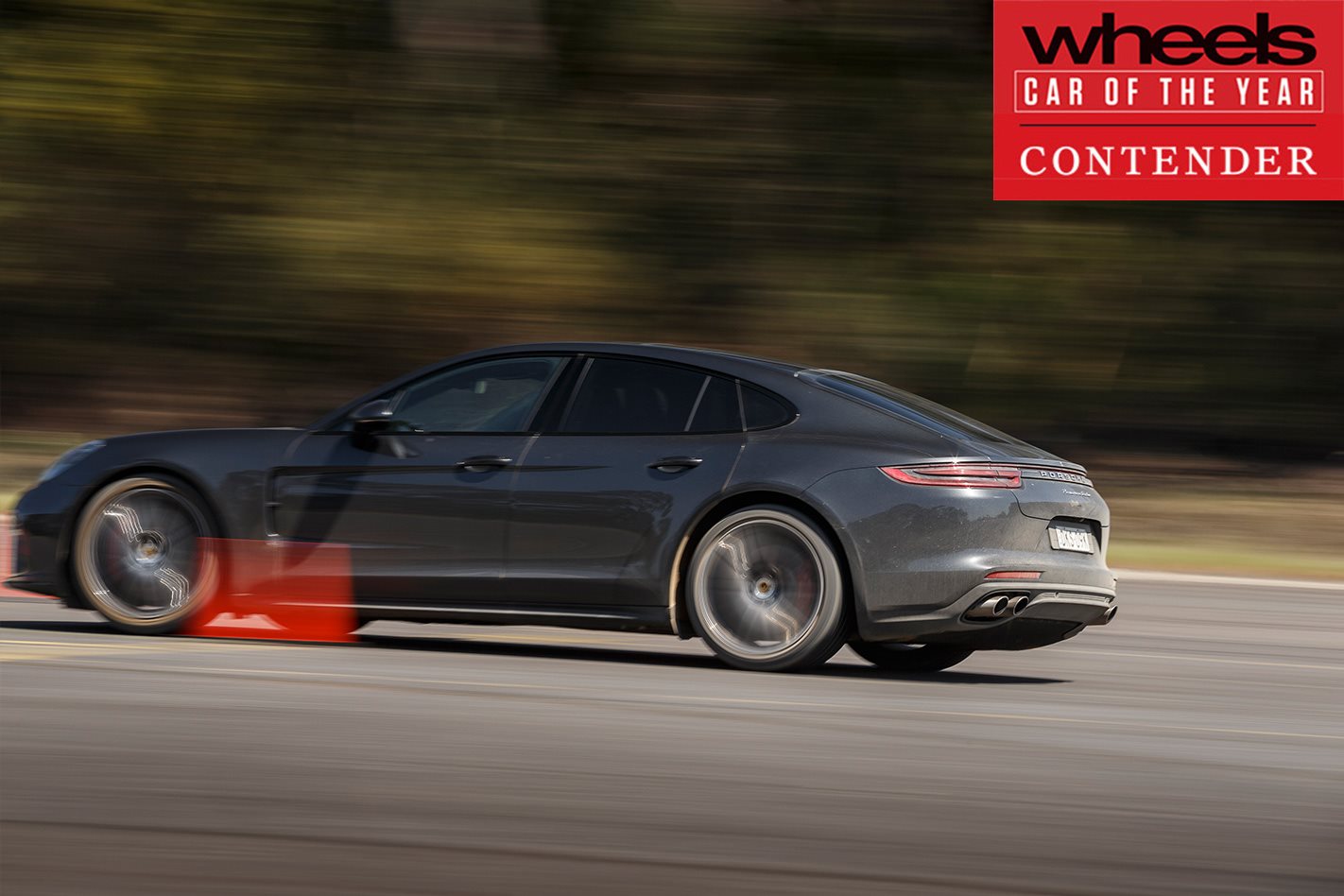 The dynamic department is where the Panamera’s talents rise to the fore. Raw pace is in abundance, both in a straight line and once things get twisty. Grip levels, too, are phenomenal, thanks in part to broad 21-inch Pirelli rubber.

That the Panamera does all of that with a ride approaching the suppleness of an S-Class or Audi A8 is testament to the efforts that have gone into the new three-chamber air-suspension set-up. While things stiffen up in Sport+, the Comfort setting is genuinely cosseting, underscoring the Porsche’s cross-continental GT credentials. 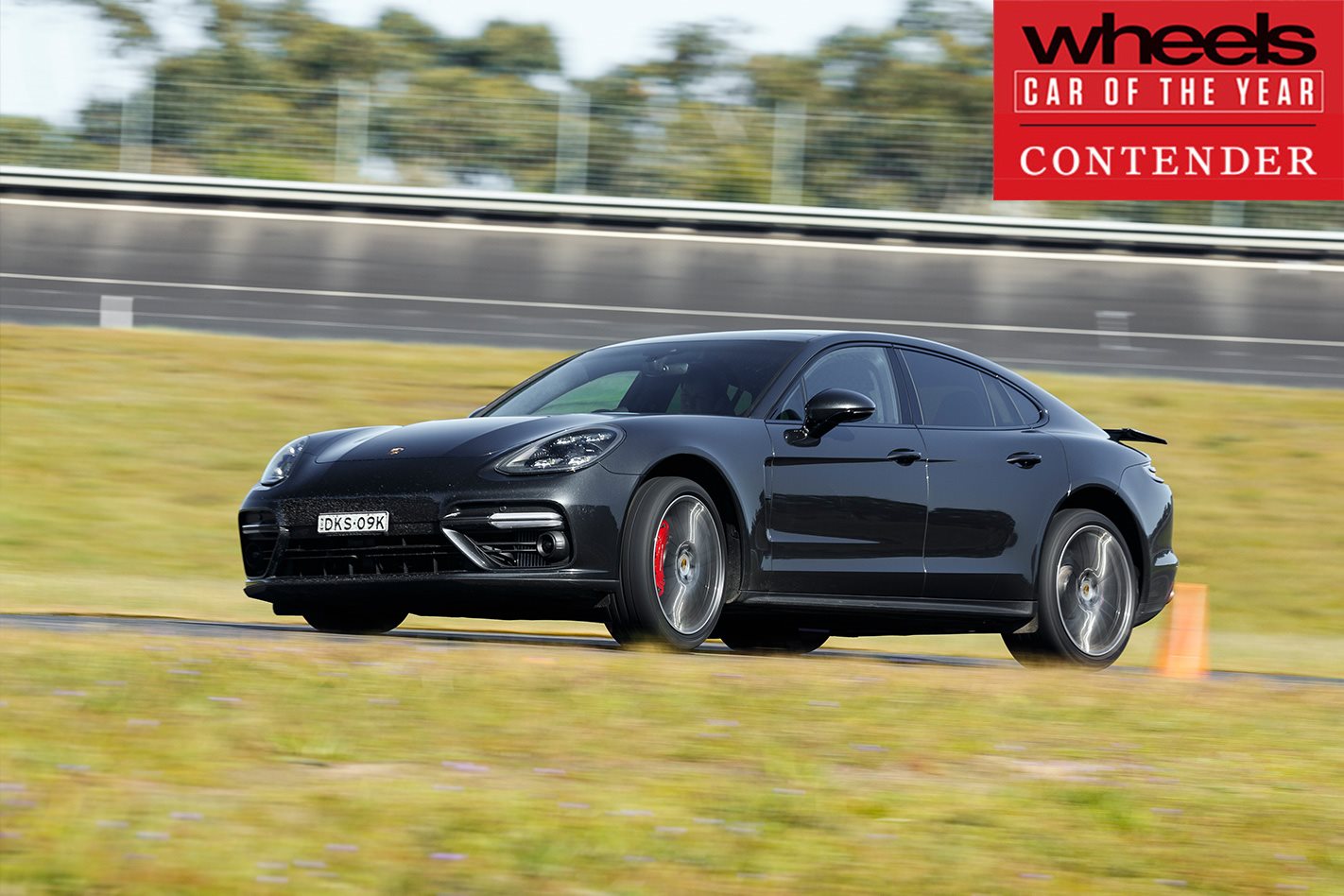 The array of drivetrain options bodes well for COTY contention, especially the V6 hybrid and the yet-to-arrive flagship Turbo S E-Hybrid, which teams the former’s 100kW battery with the Turbo’s 404kW V8. From an environmental perspective, the ability to run purely on electricity for short drives is a win in a car as big and heavy as this.

But there are compromises. The 404kW Turbo we tested is a mighty device, able to annihilate blacktop with supreme ease. It teams beautifully with an eight-speed dual-clutch ’box for blistering take-offs, while the turbo goodness is maintained across a broad, free-revving range. But the V6 E-Hybrid is less convincing, adding weight and losing aural and accelerative drama. The V8 hybrid Turbo S didn’t make it here in time for testing.

Predictably, it’s value that stopped Panamera’s COTY charge as effectively as its carbon ceramic stoppers. The split personality comes at a $214,800-plus price – or $460K for the Turbo S E-Hybrid. 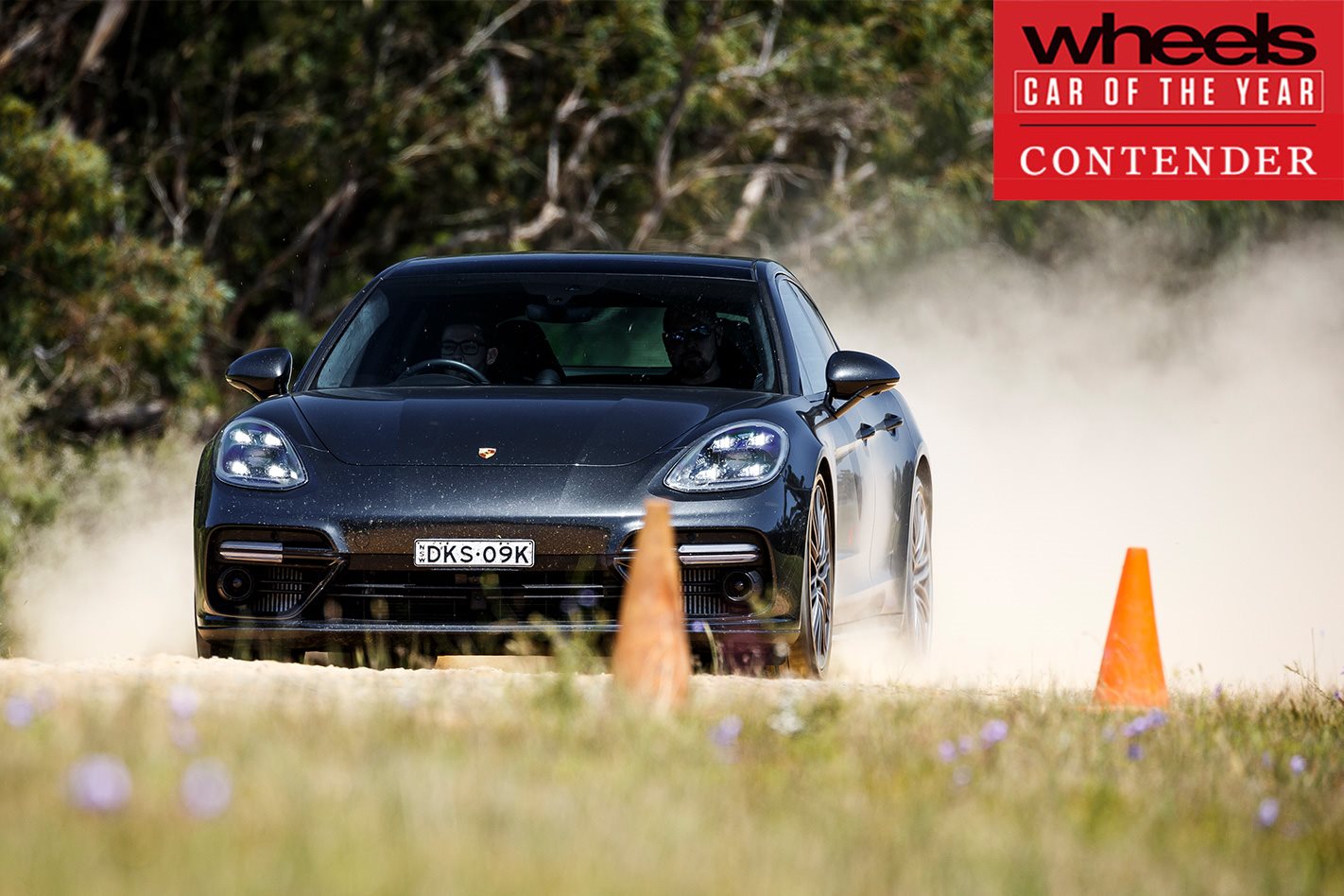 It’s an impressive beast, but measured against the COTY criteria, the lashings of Porsche speed, comfort and space simply can’t overcome the cost of entry. Especially with AMG’s E63 lurking for just over half the ask of a Turbo.

Assault via the battery

Hybrid variants are usually the economy-focused alternative from most car manufactures, but Porsche does things differently.

The German manufacturer first showcased its ‘hybrid high-performance’ credentials with the 918 supercar; now it says that each of its model lines will eventually be crowned with a range-topping petrol-electric variant, including the seminal 911. 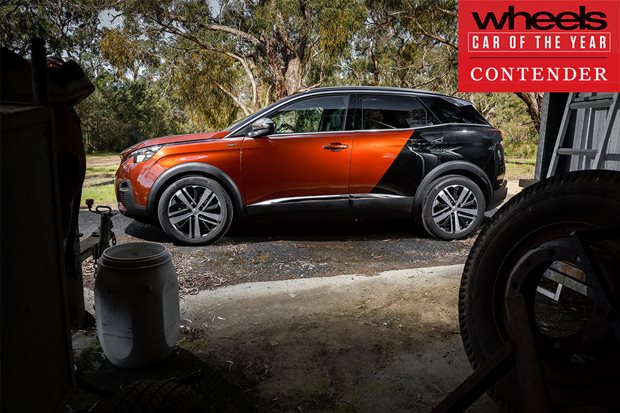 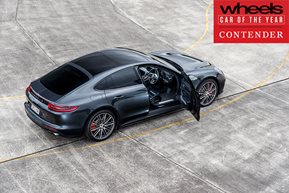