Better to look at and better to drive, the second generation of Porsche’s Panamera more convincingly hits the sports limo brief.

Better to look at and better to drive, the second generation of Porsche’s Panamera more convincingly hits the sports limo brief.

WHAT IS IT?
The closest thing Porsche has to a limousine. Like the original, the second generation Panamera is long and broad and has four spacious seats. But as well as some 911-infused styling there’s also plenty of performance to ensure it’s one of the fastest four-doors on the market.

WHY WE’RE TESTING IT
The first two second-gen Panamera models have just arrived in Australia, spearheading an expansive model range that will include at least two hybrids and a V6 diesel. To kick it off are the Panamera S and Turbo. 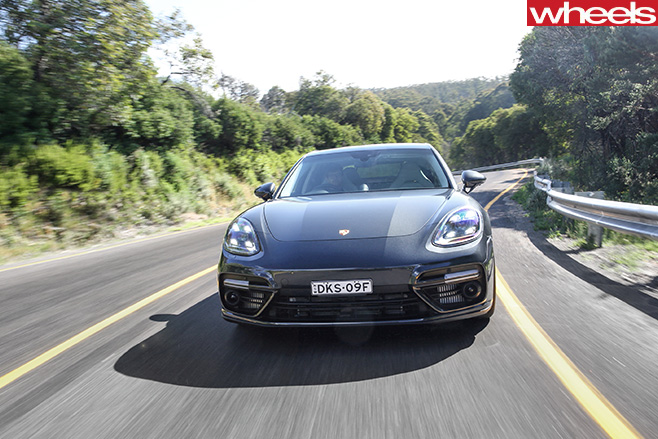 THE WHEELS VERDICT
What it lacks in space against larger German rivals it makes up for with pace – and poise. New V6 and V8 engines team nicely with an all-wheel drivetrain. The second generation Panamera is a big step up, taking the ethos of the original but adding a healthy dose of maturity to deliver a sizeable sports sedan offering.

PLUS: Potent engines blend beautifully with new PDK; comfortable and spacious; more cohesive design than the original
MINUS: Back seat space not up to S-Class levels; prices to match the size; sun glare from centre console; stupid centre air vents 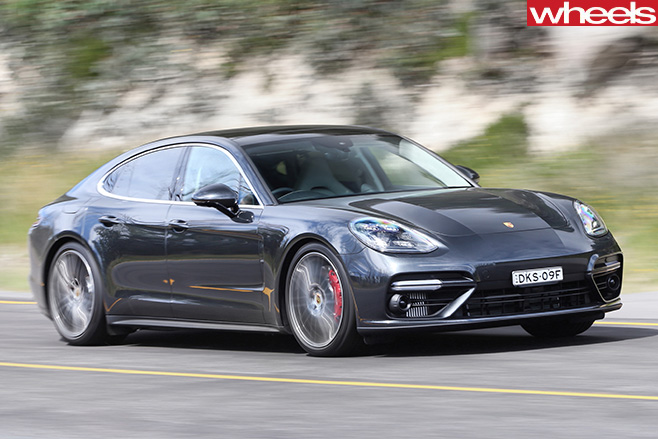 THE WHEELS REVIEW
SECOND time lucky. It could almost be a Porsche motto. With the exception of the Macan, the first generation of many modern era Porsches – think Porsche Boxster, Cayenne or Panamera – has in parts been underdone or, at least, underwhelming.

Faster than ever, too, courtesy of new generation V6 and V8 engines, each of which will soon spawn a hybrid. An extra ratio in the latest PDK transmission also helps things.

Even in twin-turbo V6 guise there’s a fiery 324kW and 550Nm to play with. Unleash it with the optional Sport Chrono pack that brings launch control to the performance table and it’ll scrabble all four wheels to hit 100km/h in 4.2 seconds. As with the 911 there’s a satisfying jolt to its take-off. 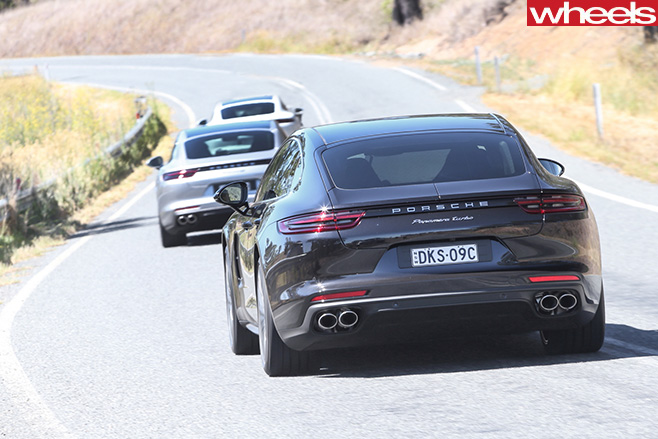 That the V6 is as enthusiastic as it is across such a broad rev range makes it an excellent accompaniment to the 1.9-tonne body. The occasional flutter from a deep but muted exhaust adds excitement, although it’s no V8.

Speaking of which, the Panamera Turbo – which gets a new 4.0-litre twin turbo V8 – ups the whole equation courtesy of 404kW and 770Nm, the latter on tap below 2000rpm.

With the new 4.0-litre twin-turbo (as with the V6, the turbos sit within the V to reduce lag and assist packaging) that launch control equation drops to 3.6 seconds for the 100km/h sprint.

The noise is throatier, too.

But it’s on the road where the Panamera has matured most. A new three-chamber air suspension system ‑ up from two ‑ has 60 percent more air to play with, something that dramatically improves the ride. 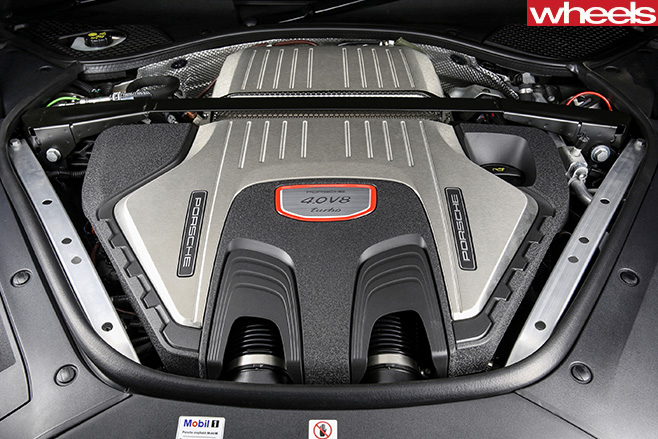 Our 4S was on optional 20-inch rims with 40-profile tyres and it dealt with all but the sharpest edges elegantly. In its softest setting, too, there’s infinitely better control than the original Pana, making it a viable choice for most motoring.

The stiffest Sport Plus setting tightens things, but not to the point of being uncomfortable, although the mid setting is generally sufficient for spirited cornering.

That said, the Panamera is more tensely tied down than, say, an S-Class, and the 21-inch hoops on our Turbo marginally degrade the ride.

But the trade-off comes once you ramp up the pace. The broad Michelins stick nicely for brisker cornering than anything else of this size.

The optional rear-axle steering (it turns the wheels up to 2.8 degrees) adds to the excellent high-speed stability, allowing for brisk cornering, whether through tight bends or flowing curves. 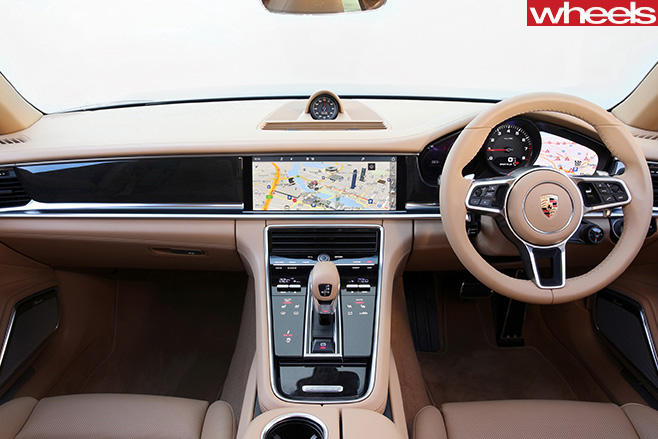 While it generally gels well with Australia there are occasional hiccups. The shiny black plastic controls in the centre console, for example, are prone to sending sun glare in the direction of those up front.

And the electronically adjustable front air vents are plain stupid. Instead of a quick manual adjustment you’re delving into menus in the 12.3-inch touchscreen to fiddle with where you want the air to go. It is rare Porsche makes a backward step for functionality in the name of complexity but it has done so here.

The stretched body allows for more generous rear legroom and the twin bucket seats are a luxurious way to travel. Taller occupants may wish for another couple of centimetres.

Keep ticking boxes and you can add all manner of luxury fare, from self-sucking doors and a rear sunblind to ambient lighting, Alcantara roof lining or a sensational 21-speaker, 1455-Watt Burmester 3D sound system.

Yet it adds to the luxury of what is an extremely fast and engaging four-door.

It’s no Porsche 911 but the Panamera is closer than it’s ever been ‑ in a big car sort of a way.