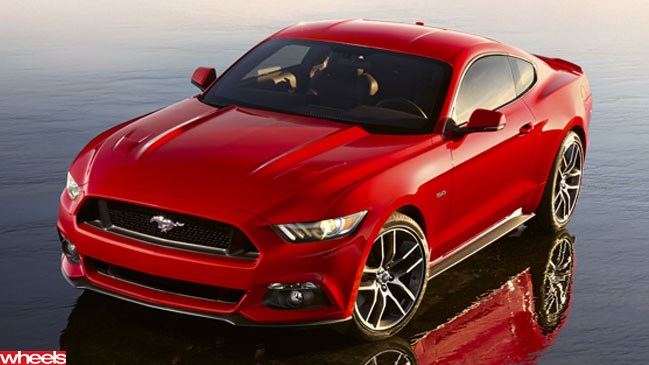 And come mid-2015, it’ll be on sale in Ford’s Australian showrooms.

The look might be recognisably Mustang, but underneath it resides a brand new platform boasting sophisticated independent rear suspension (a first for Mustang), a new double-ball-joint front end and the availability of a 2.3-litre turbocharged four-cylinder engine.

Given the new Mustang’s global focus – it will be built in both left- and right-hand drive, to be sold in Australia and right across Europe – Ford needed a four-cylinder version to sell alongside the V6 and V8 variants .

While previous Mustang fours from the ’70s and ’80s have been about as fondly remembered as the bubonic plague, the all-new Ecoboost four is closely related to the next-generation Focus RS engine and should be an absolute cracker. Expect the 2.3 turbo’s outputs to be in excess of 230kW and 405Nm.

The 3.7-litre V6 and 5.0-litre V8 are carried over from the previous-generation Mustang with several upgrades. Both engines are still relatively new (they debuted in 2011) – the V6 producing “at least 224kW and 366Nm of torque” and the growling V8 punching out “more than 313kW and 528Nm”.

Transmission choices will be an updated six-speed manual or a six-speed ZF automatic with wheel-mounted paddle shifters.

Thing is, it’s likely that Australia won’t get the V6 – not when there’s a lighter, more powerful turbo-four on offer. Given the entry-level Mustang is expected to cost around $45,000 (pricing hasn’t been officially confirmed), the boosted four puts it smack-bang into Golf GTI territory, where four-cylinder engines rule.

The V8-engined Mustang GT is likely to be priced above $50,000 when it hits Aussie showrooms in 18 months’ time, leaving headroom for more-powerful Boss 302 and GT500 versions when they come on stream later in Mustang’s model cycle. A Ford-developed 10-speed automatic is also in the pipeline further down the track.

The home-grown Falcon might have its fate sealed for 2016, but at least this sensational new Mustang gives Ford fans hope for the future. For in-depth engineering coverage of the all-new Mustang, grab the January 2014 issue ofWheels magazine and iPad – on sale Monday December 16. 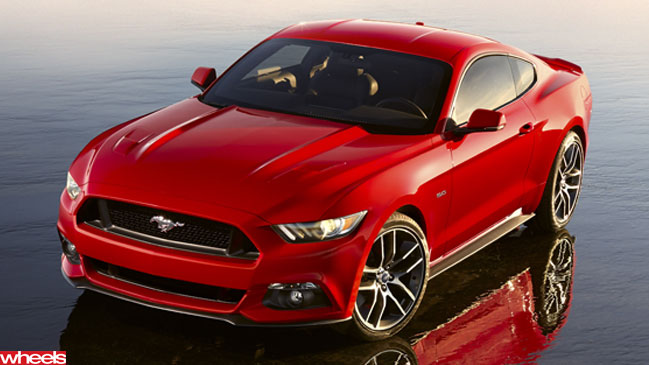 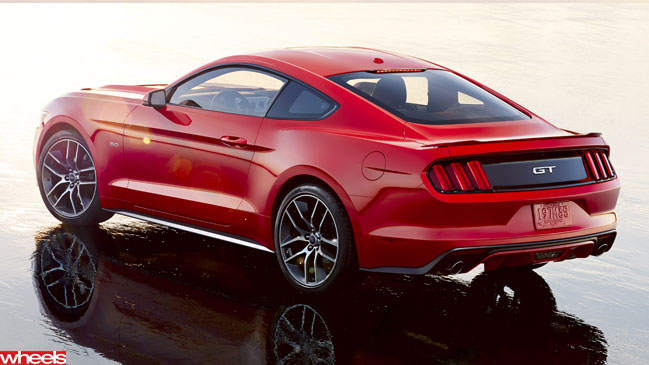 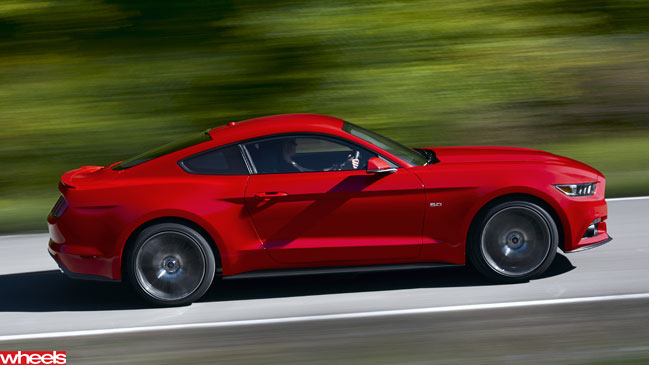