A look back at Holden's storied export program

On May 5th, a black Holden Commodore rolled off the Elizabeth production line bearing a set of Chevy badges. We dig in to just why this car was so significant

IF YOU weren’t aware of its significance, the Phantom Black Holden Commodore that rolled down the Elizabeth production line on May 5, 2017 would have looked like any other.

Sporting a Chevrolet badge, it was destined for export to the US. But peel back its carpets and you’ll discover an underbody covered in the signatures of the people that made it. The reason? It’s the last car Holden will build in Australia for sale overseas. 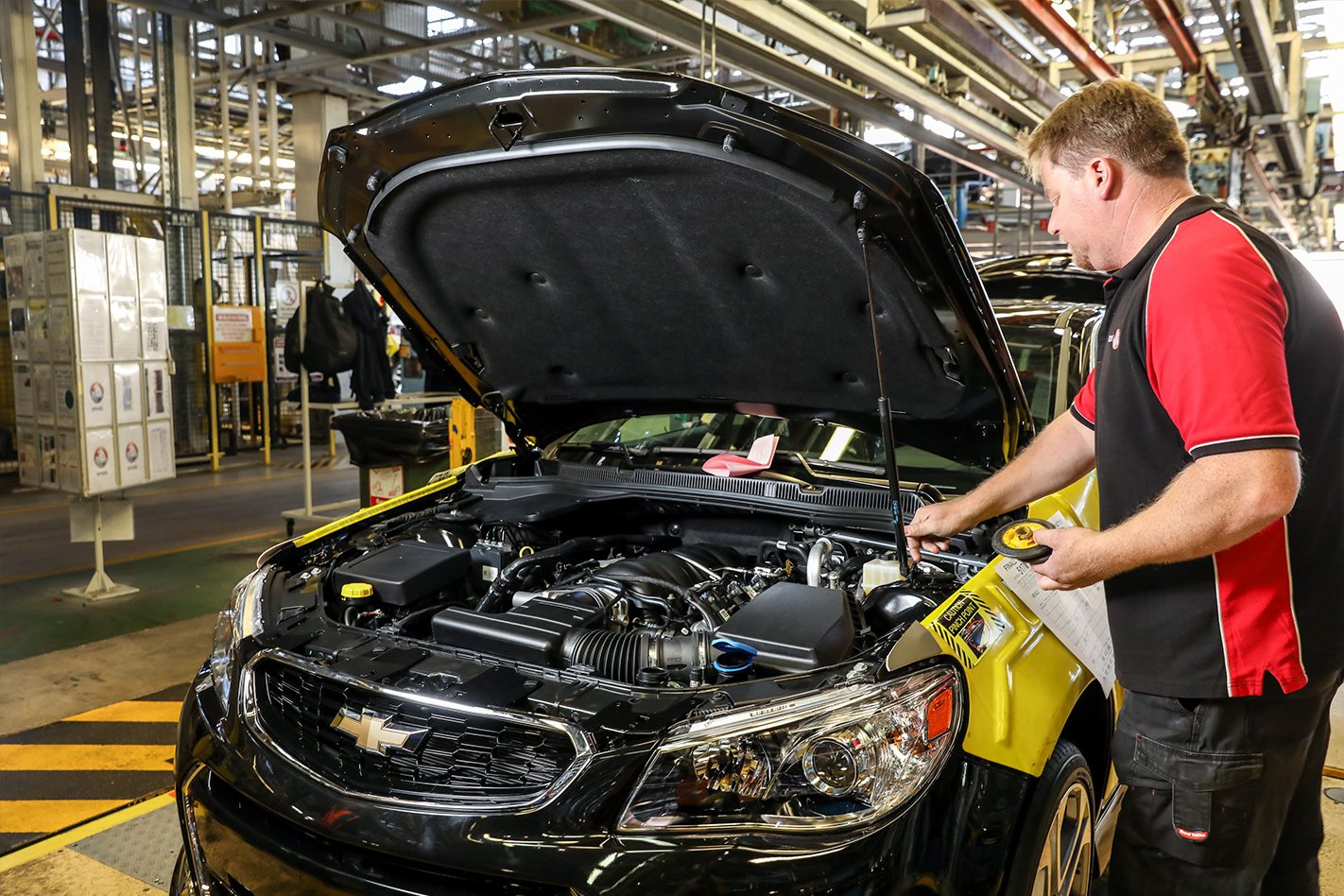 Holden’s export business, which officially ended on May 5 with the last Chevrolet SS build, bookends a program started in 1954 with a shipment of FJ sedans to New Zealand.

In time, Holden-built cars would sell in countries as far-flung as Finland, Nepal and Ecuador.

Holden’s left-hand-drive program started with a shipment of FB sedans to Hawaii in 1960. The HQ’s arrival in the 1970s produced Holden’s best decade, with 197,288 shipping overseas and seven plants worldwide building them from parts freighted in to avoid heavy taxes on entire cars. In 1981, engines cast at Port Melbourne were added to export earnings.

A turning point was 1984’s introduction of the Button Plan, a scheme that tore down much of the car industry’s tariff protection and forced Holden to build vehicles attractive to export markets. 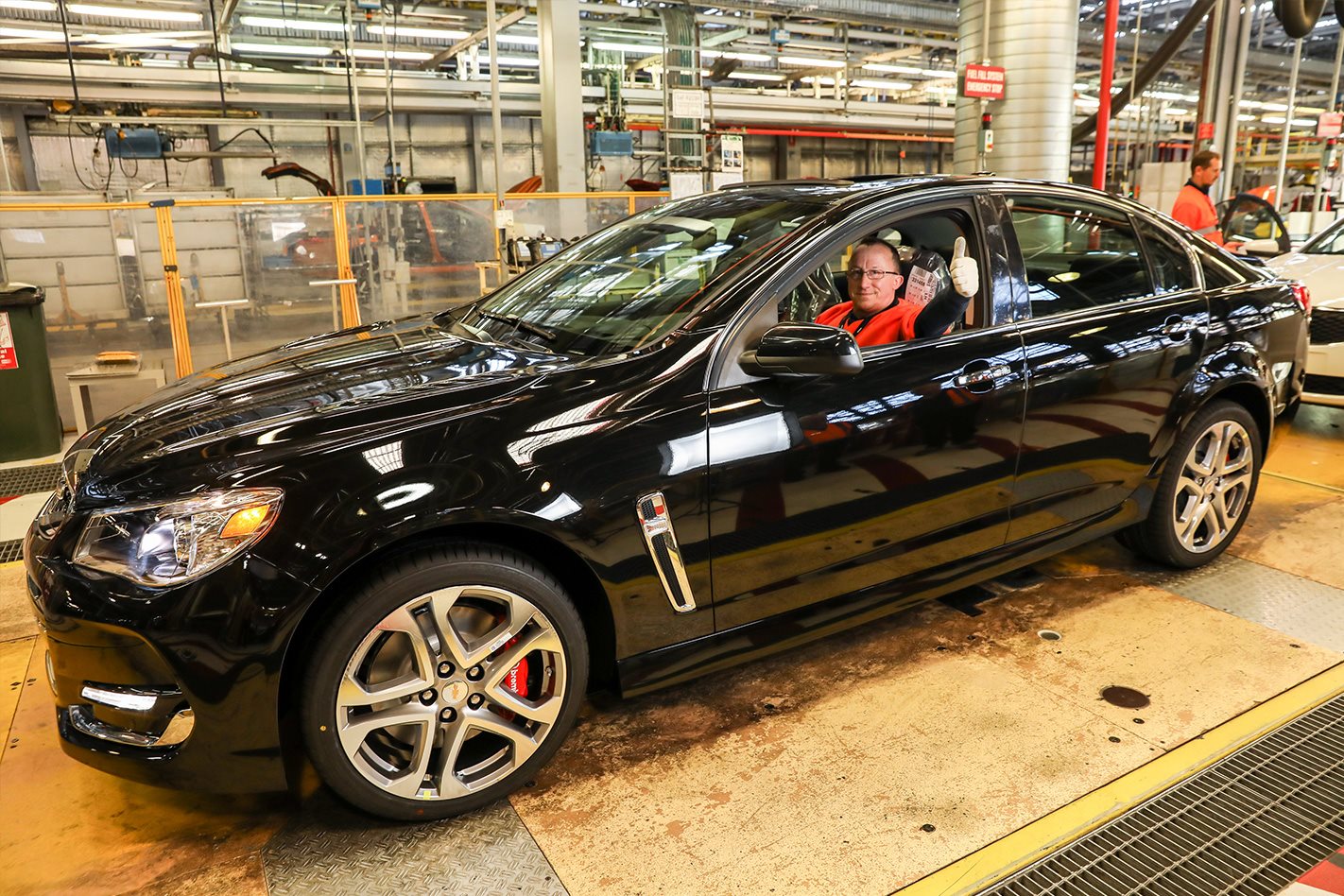 Over time Holden would try everything to improve its export potential, from fitting the Commodore with a turbocharged Saab four-cylinder to circumvent Asian import restrictions on large-capacity engines, to building four-pot and V6 powerplants for cars as diverse as the Alfa Romeo Brera.

By the late 1990s, exports of the Statesman/Caprice outnumbered domestic sales for the first time. The 2003 departure of Peter Hanenberger – the former Holden chief credited with transforming the car maker back into a profitable business – heralded a change in strategy that would also aim to boost export earnings.

Holden’s great hope, the 2001 Monaro, failed to fire in the US. Mike Simcoe, Holden’s former design chief who now heads up GM’s global studio, believes it would have done much better had it worn a Chevrolet rather than a Pontiac badge. Then the global financial crisis hit, killing off Holden’s most lucrative markets almost overnight.

However, Holden, which builds its last Commodore on October 20, won’t be the last to sign off on its export program. Rival carmaker Toyota (see bottom) will have that honour.

Have a look at five stand-out exports that defined us as a global market. 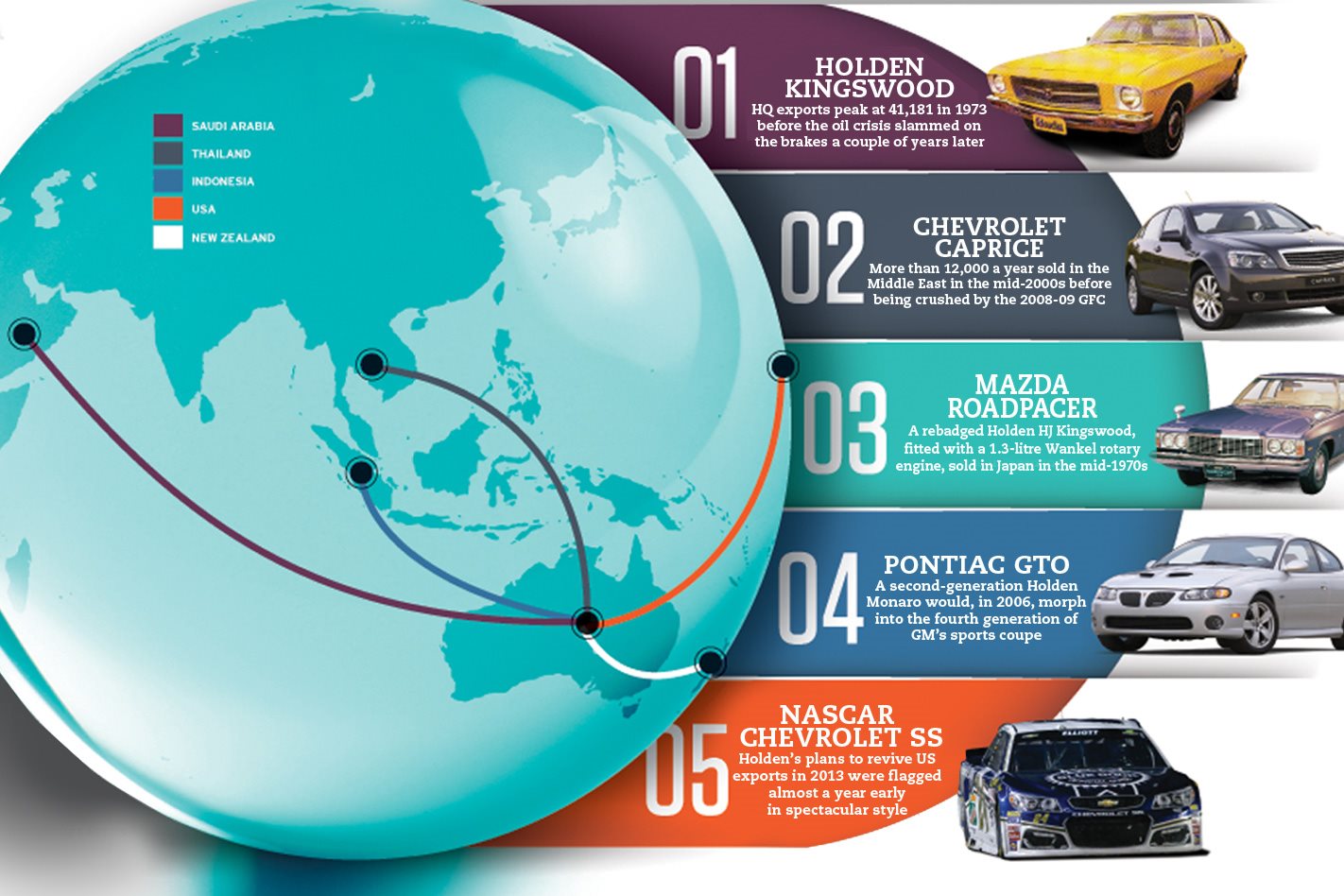 Toyota, which plans to build left-hand-drive Camrys right up to its October 3 deadline, will go down in history as Australia’s most prolific exporter.

Ford Australia, which switched the tap off local production in October last year, has exported about 250,000 mainly Falcon and Territory-badged cars, although in the early 1990s it built and exported 55,808 left-hand-drive Ford Capris to the US.

All up, Australia will have exported about 2.25 million cars.