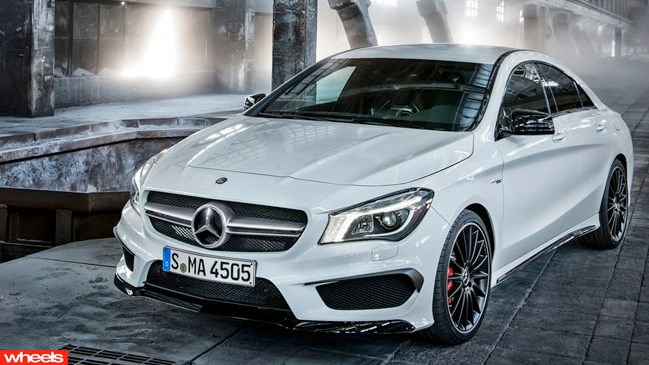 In Australia small cars dominate the marketplace, so it was inevitable that AMG would bring its addictive brand of madness to play.

In Australia small cars dominate the marketplace, so it was inevitable that AMG would bring its addictive brand of madness to play.

In a sign of these environmentally conscious times Mercedes-Benz spent most of its allotted presentation time revealing an electric B-class, and then hurriedly and almost apologetically trotted out its new baby bitumen burner, the 265kW CLA45 AMG sedan.

Perhaps the Three-Pointed Star was keen to be portrayed as a company with a conscience. But the moment the presentation ended the CLA was swamped by eager scribes and snappers, while the B-class sat forlornly and almost forgotten under the disinterested gaze of a few hardy souls — who were probably waiting for the rush to subside before drooling over Benz's new sub-5-second WRX.

At this same motorshow in the mouldy basement known as Hall One, Subaru took the wraps off the new WRX — the latest generation of the world's most famous all-wheel drive sports car. Comparisons between the all-wheel drive CLA45 AMG and the WRX may seem unfair — on price alone the CLA will equal two Subarus — but both occupy steps on the all-paw stairway to heaven.

In America the swoopy CLA sedan — which Benz insists is a four-door coupe — carries a $47,000 price tag, roughly $8,000 less than the BMW 1M Coupe which appears to be its nearest rival. That'd give it a $90k price in Australia, which seems little low given the CLA250 will be around $72k. Still, it's a fair bet to come in under six figures. The CLA45 AMG springs from Benz's burgeoning A-class platform which will also spawn a GLA SUV and a shooting brake (wagon). Benz is also considering a two-door coupe and convertible.

The CLA45 AMG employs the same mechanicals as the A45 AMG hatch revealed in Detroit just two months ago. The world's most powerful production 2.0-litre turbocharged four-cylinder engine cranks out 265kW and 450Nm and drives all four wheels through a seven-speed double-clutch automatic transmission. The all-wheel drive system is an on-demand setup which brings the rear wheels into play only when the fronts slip, so there will be no long, lurid black lines from this AMG. At best 50 percent of the engine's might can be sent to the back tyres.

The CLA45 AMG arrives in Australia in September, at the same time as lesser CLA models. 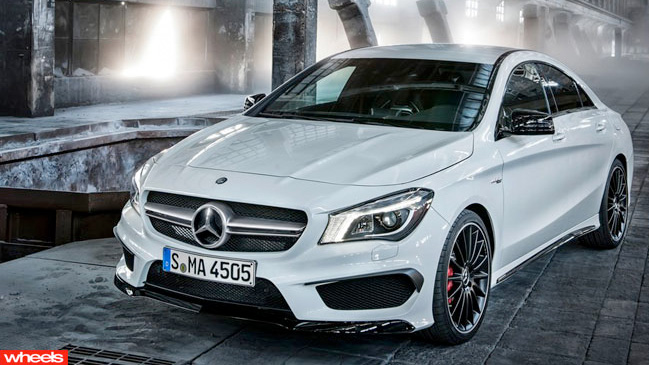 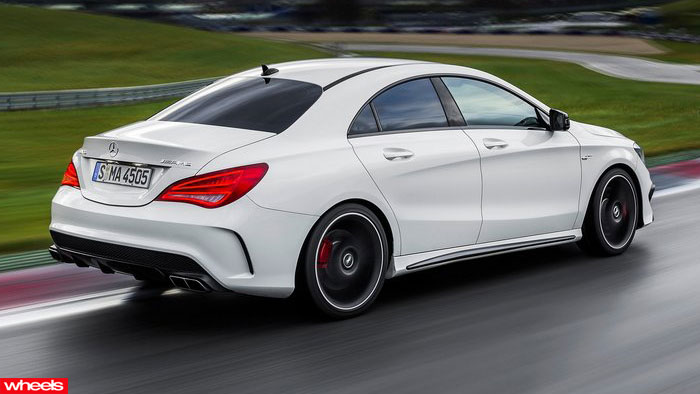 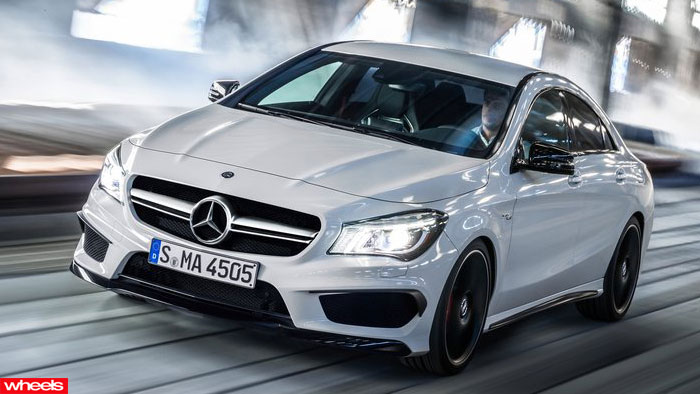 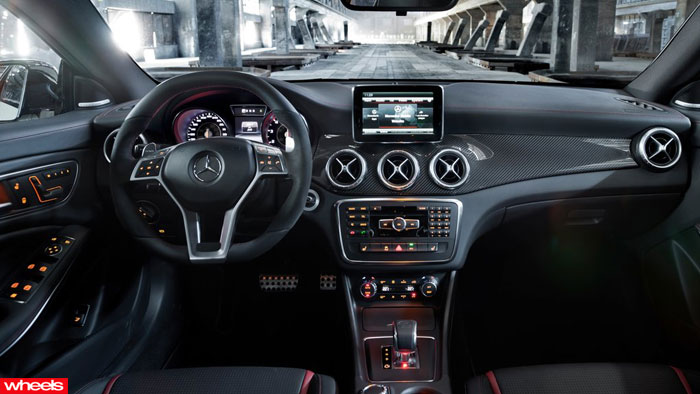