An awkward interview with Ferdinand Piech

VW Group demigod Dr Ferdinand Piech is synonymous with visionary innovation and business brilliance. When he talks of a car that will do an unthinkable 100km to the litre, Wheels’ Peter Robinson doesn't laugh - he goes white

This interview was first published in Wheels magazine, June 1998

Meeting royalty couldn't be as intimidating. I'm beginning to wonder if anybody who works for Ferdinand Piech has ever had a beer with the bloke. Here at the Geneva show, it seems everybody is terrified of the formidable Volkswagen chairman. Talk about tugging the forelock. The battery of minders, officially labelled personal assistants, two secretaries and a constantly shifting number of public relations persons all seem to be in a constant state of apprehension, desperately attempting to smooth the way for easily the most interesting man in the motor industry. 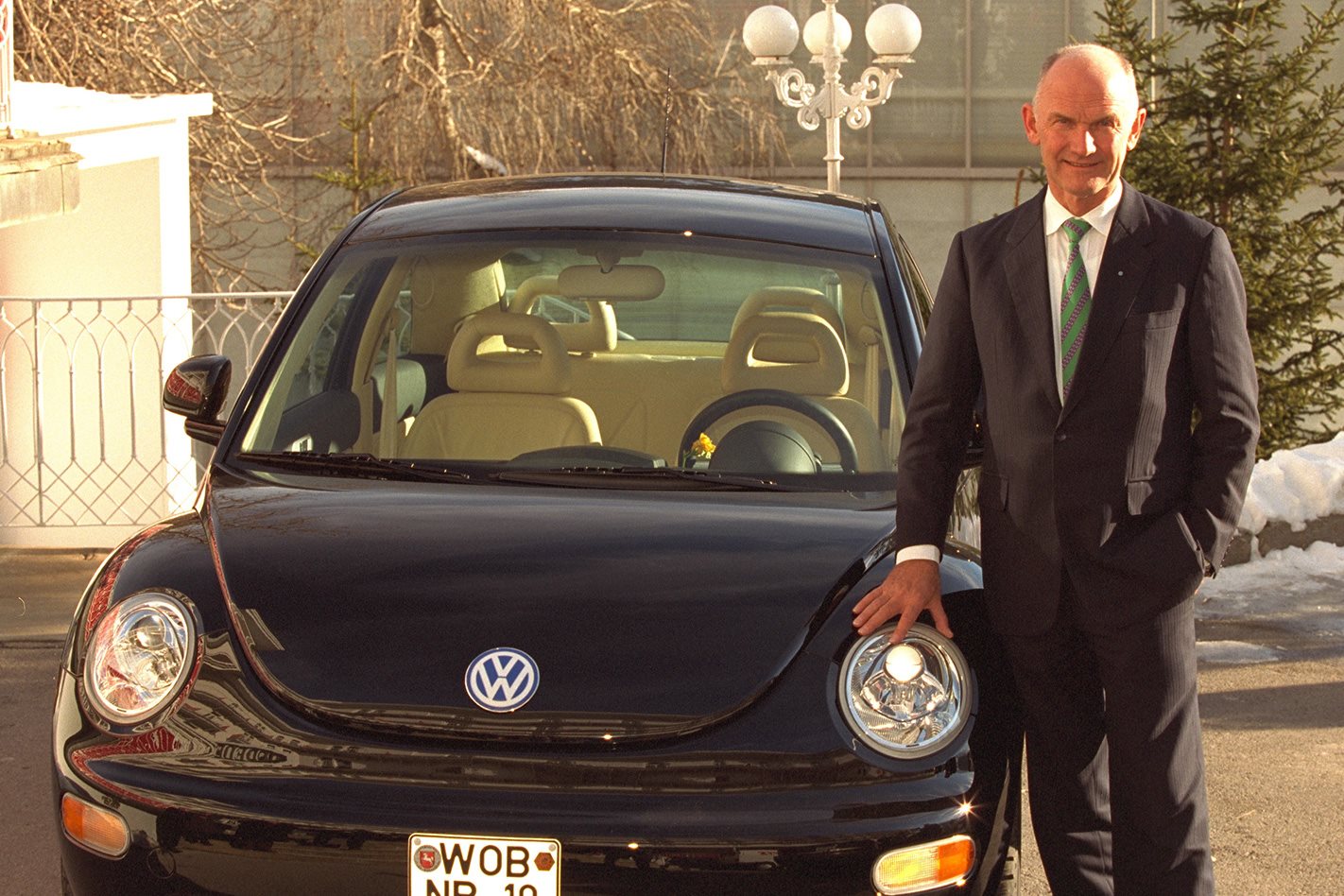 We've been told "five minutes", but that was 10 minutes ago. Finally, 15 minutes after our allotted time, one flack plucks up the courage to gently tap on the door of Piech's makeshift office to see if the previous interview is over. Eventually, after they've agreed that we still get our allocated 30 minutes, accompanied by photographer Stan Papior, I'm shown into the office. We shake hands across a smiled greeting.

Piech is friendly, though in traditionally formal Germanic style he continues to call me Mr Robinson, which rather obligates me to refer to him as Dr Piech. He answers all my questions deliberately, precisely, always with care, sometimes almost shyly. Then he poses for the camera at the end of the interview when, for the first time, we are unaccompanied by his PR team. We’ve asked him to step outside the office for a portrait on the VW stands’s atrium and he’s happy to comply.

Yet Piech leaves no doubt about his opinion on a variety of subjects. His steel blue eyes instantly adopt a piercing stare as he swiftly corrects his public relations boss who has interrupted with a smart answer that attacks a rival. I've taken care to buy new batteries for my tape-recorder, have checked it a couple of times while waiting, but still it fails. 'Japanese," says Piech correctly. His public relations man kindly hands over his own recording of the meeting. Clearly, nothing offensive or controversial has been said, though it seems Wolfsburg later has a change of mind (see postscript). I'm most interested in the news that Volkswagen is working on a car capable of one litre per 100km or 285mpg. From anybody other than Ferdinand Piech, such an implausible objective would be simply treated with utter derision.

Coming from Volkswagen's hugely ambitious chairman, the economy target assumes real credibility. Rivals in the car business have learned to take Piech seriously and this, just the latest in a long list of seemingly outlandish declarations of intent, will both shock and intimidate.

Nobody believed Piech when he first talked of moving populist VW upmarket to compete against Mercedes-Benz with eight and 12-cylinder sedans; few thought he was serious about taking on  Ferrari with a W12 supercar. Who would seriously expect a senior member of the Porsche family to announce plans for Audi to challenge Porsche at Le Mans? His bid to buy Rolls-Royce rocked BMW, who assumed the British luxury car maker was there for the taking. Having failed to secure Rolls, Piech vowed to make his luxury Horch the Best Car in the World.

MORE 15 people who made a difference in the automotive world

Now Piech is earnestly talking of a quantum reduction in fuel consumption. He wants VW to be the first to the market with a true three litres per 100km car.

That's 94.2mpg. Yet even before this three-cylinder, direct injection, turbo diesel version of VW's Lupo small car goes on sale in 1999, Piech has raised the bar with his open admission that VW is working on a car capable of burning just a third that much petrol - one litre per 100km or a staggering 285mpg. 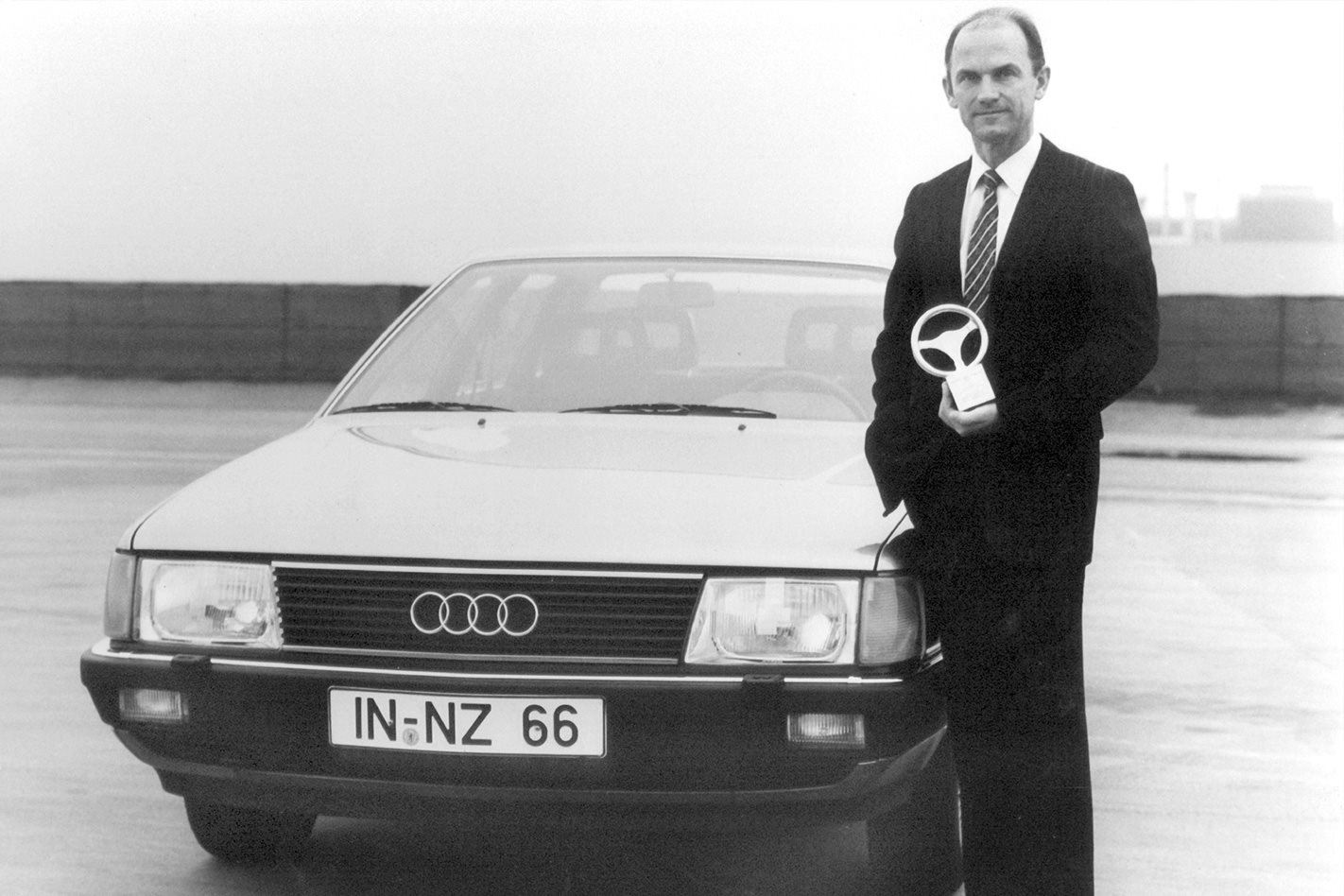 "The one litre car could be a single seater, but it will use the same technology as the three litre car that you will see before 2000. No other technology is involved, just taking out passengers, taking out weight, making it smaller. The two litre car may have three seats, or two seats.

“It's an open issue at the moment. But it will always have four wheels and one steering wheel… and a low centre of gravity." (A none-too-subtle reference to the problems of the Mercedes A-class.)

Piech is confident the Lupo gives VW a huge advantage over BMW and Mercedes-Benz, Wolfsburg's arch rivals who now trespass in territory VW has long considered its own - at least among the German car-makers.

"Our new Lupo comes out this year, two years before the new Mini and I'm confident it will be better, and much cheaper, than the Mini. It certainly looks better. And who is going to buy the Smart, when the Lupo uses less fuel and can carry four people rather than only two?

How much is Volkswagen prepared to pay for Rolls-Royce?

MORE The aftermath of Dieselgate - is all forgiven and forgotten?

"I give no figures from our side. I will try to pay one pound more than our competitors."

Does the common platform policy allow the four VW marques to retain separate characters, when they share the same chassis?

"They don't share the same suspension. They are all tuned differently. The difference is enough."

Does the common platform policy allow the four VW marques to retain separate characters, when they share the same chassis?

“They don’t share the same suspension. They are all tuned differently. The difference is enough.”

He is treated as royalty by his staff. Few people within VW are prepared to argue with the boss.

"You can argue with him," says Karl Elmitt, the young British designer responsible for the latest Golf, who recently left VW for BMW, "but only if you are convinced you're right. You don't make two mistakes.

"I wanted to move the number plate of the Golf up from the bumper bar to the hatch, but he told me that position was reserved for luxury cars like Audi. He won our argument."

Having spent so much effort establishing Audi as a legitimate rival for Mercedes-Benz and BMW, why introduce in-house competition at the highest levels from VW?

"BMW was always the target for Audi. It is easier for the engineers to have a target within Bavaria. The rivalry means nobody falls to sleep."

VW's reputation for high quality comes at the expense of a slow ramp-up of production, which leads to delivery delays to the Golf and especially right-hand drive production of the Passat. Is it

possible to achieve both simultaneously?

"Quality comes first. Every time we are a little bit better than the time before - it is simply experience. But it also has to with the size of the factory. The bigger the factory the more difficult the ramp-up.

"Quality first, then the number of cars. It’s better to lose several thousand cars at the beginning, but to convince the customer the car is right."

"They will make a bid, but we will only make a decision after we have seen all the offers."

How will you know when Volkswagen has succeeded and is better than Mercedes-Benz?

"Market share. We try to increase our share in every segment. When we come (to the luxury class), we will have a better car for a better price.

Is your passion for cars or business?

"Business first, then cars. I will explain it a little bit. For a year I was responsible for finance at Audi, another year for purchasing. If you are successful here, you get immediate results. In research and development it can take years (to get results) and, if you are creative, you can make mistakes.

Today, Piech drives a prototype Beetle 1.8 turbo and admits VW should have built such a car earlier.

Somewhere between five and 10 of these will be emotional cars like the Beetle. The rest will be very rational.

You are the third generation of the Porsche/Piech family directly involved in the motor industry. How does Ferdinand Piech want to be remembered?

There is a long pause before the answer is delivered with a laugh.

"As somebody who didn't make too many mistakes."

Before this interview, at no time was the matter of submitting the story, or the direct Piech quotes we intended to use, to VW for approval ever discussed. Yet, one week after the interview I received a phone call from Wolfsburg, which asked for any such quotes to be sent to Klaus Kochs, VW's powerful director of communication, who stated in a following fax: "This allows us to go over the direct quotes once more before they are published."

The text of this story, including all the quotations it contains, has not been seen by anybody in Wolfsburg - even if it means we don't get to interview Piech again - PR

Wheels did not interview Piech again. 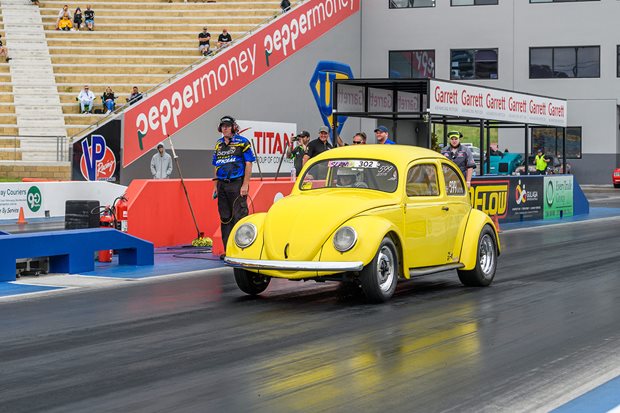