Concept cars are sometimes a glimpse into the future; other times just wacky ideas that will never make it to production. Here are the most realistic and exciting plans for what’s to come. 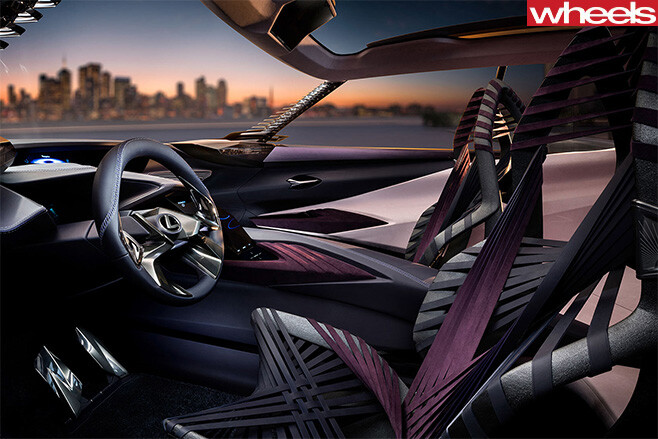 The edgy UX concept debuted at the Paris Motor Show in September and certainly turned heads, featuring a slew of new design ideas from the Japanese luxury automaker.

Designed by the Lexus’ European design centre, the UX is the marque’s vision for a future compact SUV to sit below the NX, including an intriguing ‘inside-out’ concept designed to bring the overall feeling of exterior design to the inside of the car.

Lexus’ now traditional crease-heavy design language is taken to the extreme, with an adventurous look intended to help the brand reel in younger customers.

Also featured is a so-called 3-D Human Machine Interface, in order to immerse the driver through a more ergonomic layout.

This is achieved in part through Lexus’ Kinetic seat concept, with traditional seat cushions being replaced by a flexible rubber net that can self-adjust to the occupant’s body. Also unveiled in Paris, the Gen EQ SUV is expected to hit showroom floors in production-ready guise come 2019. Though the styling may not be as avant-garde as the Lexus, the EQ is revolutionary in its own way.

The vehicle will be Mercedes-Benz’s first standalone electric car, the first of a broader range of pure electrics – a strategy similar to that of rival BMW with its i car family.
And while most of the car’s styling is far from remarkable, the front end certainly is unique.

The car lacks a proper grille and even a physical badge – instead Benz’s trademark three-pointed star is rendered in LED lights.

The hero for this line of vehicles is not so much appearance though, but more so its importance to the Mercedes brand as it pivots to embrace an emissions-free future.

The SUV then is a taste of Mercedes-Benz’s electric future, with boss Dieter Zetsche saying more than 10 fully electric vehicles from the brand will be on the market by 2025. Volkswagen had similar plans to Mercedes in Paris, debuting a pure electric car of its own dubbed the I.D.

Though not billed as such, the VW I.D. is a preview of what the Golf might look like twenty years from now.

Built on the Volkswagen Group’s all-new EV-specific architecture, the I.D. features short front and rear overhangs and locates much of its battery and motor hardware at the base of the car.

This means the cabin can creep forward further than before and drastically increase cabin space.

The car is the first to be based around the brand’s new modular electric architecture platform – this car will be powered by a 125kW electric motor and store enough energy to enable a 600km range.

The car also features a multi-function steering wheel able to stow away within the dashboard when the car is in autonomous mode.

VW is aiming to sell a staggering 1 million electric cars per year by 2025. You can’t have a good motorshow without a bonkers supercar, and the ultra-sleek Trezor absolutely fills that brief.

The Trezor is a two-seater electric car with autonomous driving capabilities, but don’t let that drag description dull your enthusiasm for what is one of Renault’s most exciting concepts of recent years.

Styling wise the car has gone for a less is more approach via a minimalist design ethos, but the end result is elegant and beautiful rather than simple and unsophisticated.

Another standout feature is its front-end clamshell, which sees the Trezor’s entire bonnet, windscreen and roof lifted up in one piece to allow the driver and passenger to enter and exit. Bodywork comes in a silvery, hexagonal-textured carbon finish and all glass panels and interior surfaces are tinted red.

The engine of the beast has been derived from the Renault engine used in Formula E, meaning it is capable of 260kW and 380Nm of torque. 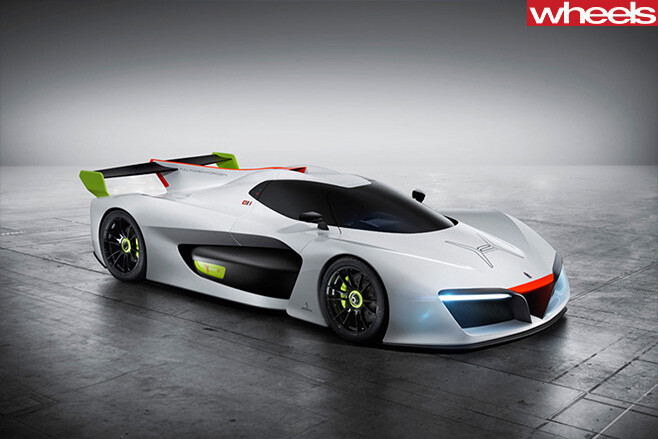 At a period where it appears to be just a matter of time before electric cars rule the world, it is brave to preview a car with anything but battery power.

It is especially brave when such a concept is slated for production.

The Pininfarina Hydrogen H2 Speed then is a remarkable beast. A hydrogen fuel cell-powered racing car is unheard of – still, the brand best known for its collaborations with Ferrari and Alfa Romeo have managed it.

The track-only machine will come at a cost of over $3.3 million – and only ten will be made.

However, a working prototype is not arriving until sometime in 2017, with production cars to hit the track a further 12 to 14 months after that.