Renault reveals more details of its stunning show-stopper, which can hit 0-100km/h in less than 4.0sec with no driver required.

Renault appears to have an instant classic on its hands, with the full reveal of its self-driving Trezor concept at Paris exceeding expectations.

The all-electric 4.7m-long brutish coupe with its forward opening canopy is powered by the motor used in the Renault Formula E car, which pumps out 260kW/260Nm and pushes it from 0-100km/h in under 4.0secs.

The motor is powered by two batteries, each of which has its own cooling system, optimised by the variable-geometry air intake incorporated in the bonnet.

But when it comes to wow-factor, the Trezor is all about looks. For all the technology it promises, plenty has gone into its design, which according to the French carmaker’s chairman and CEO Carlos Ghosn is “the primary reason people buy a Renault”.

This concept car embodies the new design philosophy Renault introduced on its DeZir ‘falling in love’ concept in 2010 before inspiring the lines of the then-new Clio in 2012. But that’s about where any similarities between the hatch and Trezor end. 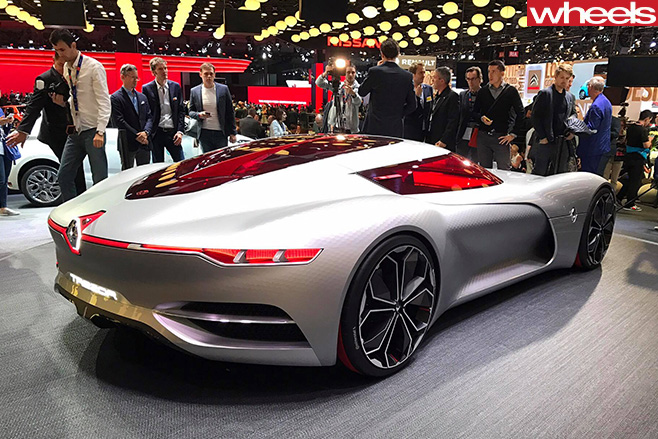 This looks like it would an incredible car to drive, and using Renault's Multi-Sense system, the Trezor it offers a choice of three driving modes: neutral, sport and autonomous.

It’s difficult to comprehend why you’d want full autonomy in a car like this, but that capability is in line with the company’s vision of how autonomous cars can make travelling safer and more enjoyable, while allowing motorists to optimise how they use their time.

When the car is in autonomous mode, the exterior lighting signature changes and extends to the side and rear logos to indicate to other road users that driving has been delegated.

Inside, the octagonal steering wheel extends in width to give the now redundant driver a panoramic view of the dashboard. In this mode, the Trezor allows occupants to use their time on a journey to stay connected. The driver and passenger are able to immerse themselves in a shared universe, perhaps by watching a film or playing games.

Of course being a concept means the idea is still way ahead of ability and while Renault’s target is to make completely safe and affordable 'hands-off / eyes-off' technology available for its mainstream vehicles, that’s still a long way off.

“No, I wouldn’t say we have (the technology),” vice-president of corporate design Laurens van den Acker told Wheels magazine. “Everyone is working on it, but to have something that is safe, fool proof and if you fall asleep puts you safely on the side of the road, that’s years away.” 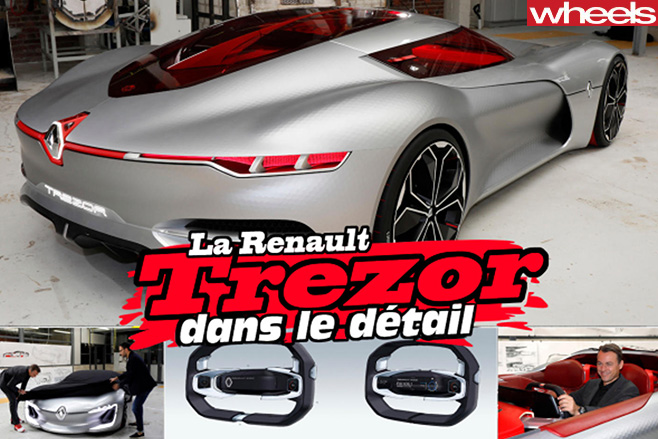 “The technology will be ahead of the regulations. What will be stopping us is in the end is how much can we afford to do until the regulations allow us to do more.”

Van den Acker concedes that even when the technology becomes available he’d be lying if he said every element of the Trezor concept would make it to production.

“But what you’ll see is the essential shapes, the forms, the proportions, cars that are brimming with emotion if you will. I really like the lighting signature which is very much 3D, very much an extension of what we have planned.

“But the textures, and the detailing in the body will be very, very tough to do. And I hope some of the interior will survive. Everyone is working on how to integrate the screens in the car so this could be very interesting.”

Whether or not it gets anywhere near production is another matter, with van den Acker admitting it’s not based on any existing platform.

“No it’s not based on anything, it’s a pure dream for young kids so it ends up on their bedroom wall.” 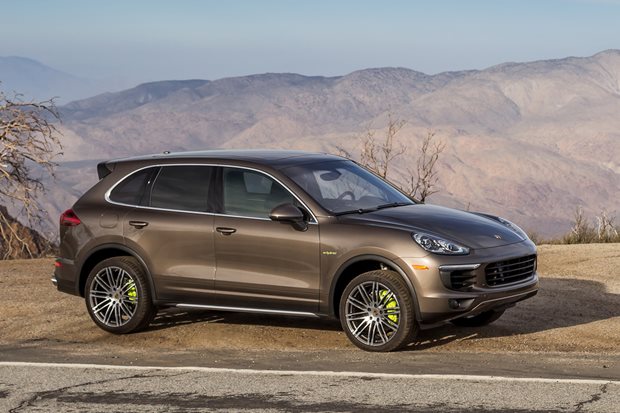 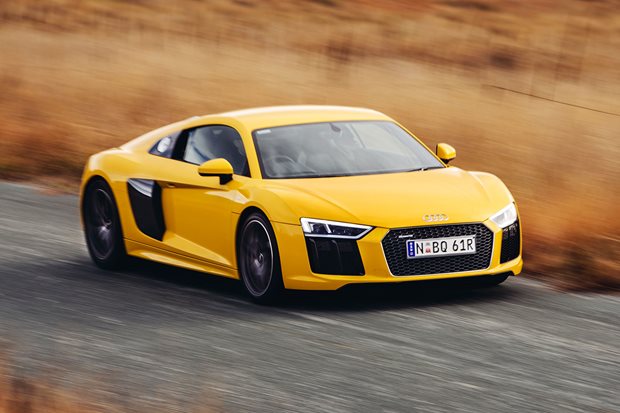 Paris Motor Show cars you can buy today, Part One 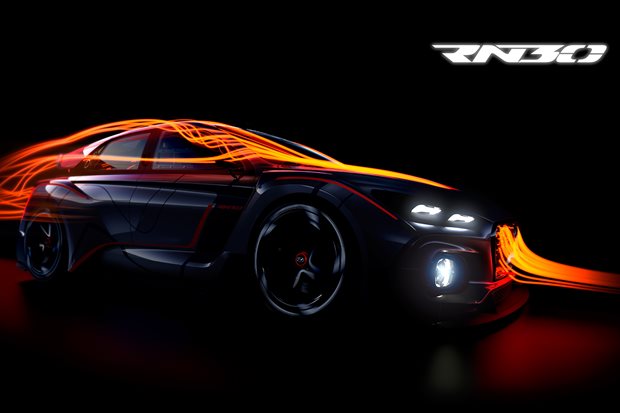 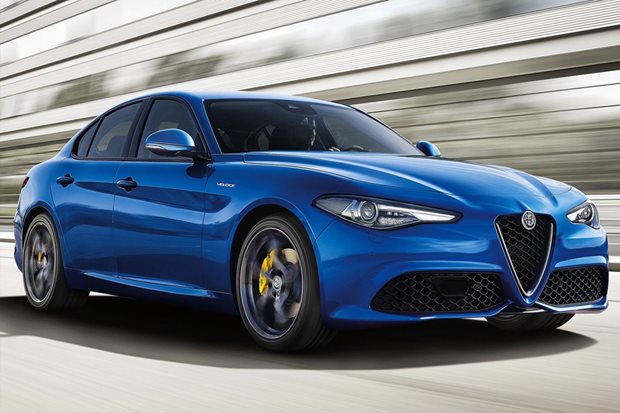 Look out Mercedes-AMG C43, Audi S4 and BMW 340i, Alfa has sporty surprise in store for Paris