Complaints about the flat sound of Formula One cars since their switch to turbo V6 hybrid powerplants should be directed to former Ferrari chief Luca di Montezemolo, but he was playing a long game

Complaints about the flat sound of Formula One cars since their switch to turbo V6 hybrid powerplants should be directed to former Ferrari chief Luca di Montezemolo, but he was playing a long game.

“Ferrari wanted a V6,” says Ulrich Baretzky, Audi’s race engine development chief and a former member of the committee. “Montezemolo pushed, saying Ferrari cannot build a four-cylinder car. So F1 ended up with a V6 that is too heavy, too expensive and sounds bad.”

Baretzky knows a thing or two about turbocharged four-cylinder F1 engines. Back in the 1980s he worked for legendary BMW engine maestro Paul Rosche, the man behind the astonishing 1.5-litre turbocharged four that powered Nelson Piquet to his 1983 World Championship in the stylish Gordon Murray-designed Brabham BT52.

Built using carefully prepared production engine blocks (BMW’s M10 unit that debuted in the Neue Klasse sedan in 1962), Rosche’s M12/13 F1 powerplant produced about 630kW in qualifying trim and 480kW in race trim during the Piquet era. By 1986 it was said to be producing more than 1040kW using 5.6bar of boost pressure in qualifying trim, though Rosche could never be sure because BMW didn't have a dyno capable of measuring it. I once asked Rosche how he knew he’d found that extraordinary engine’s limit. “When we started blowing crankshafts out the bottom of the block,” he replied with a grin. 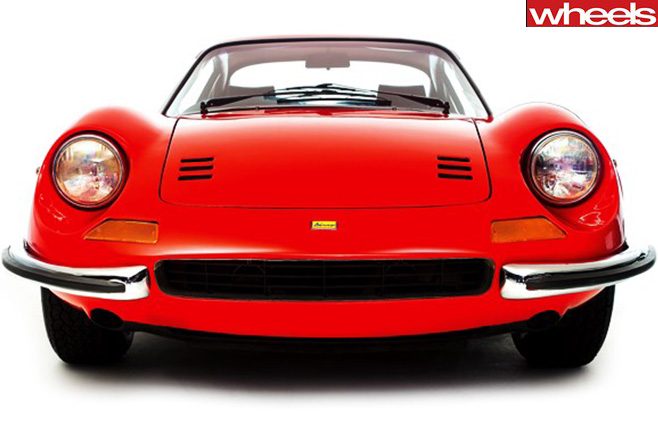 Groundwork… in insisting on V6 engines for Formula One, Ferrari may have been paving the way for a contemporary version of the Ferrari Dino sports car.

Baretzky is convinced that a four-cylinder would have been by far the better option for F1, and not just because of the reduced cost and complexity: “No one ever complained about the sound of that BMW engine,” he says emphatically. But what Ferrari wants in F1, Ferrari usually gets, and it appears Montezemolo was playing a long game with his insistence that F1 stick with V6 engines. He may have been laying the groundwork for the return of the Ferrari Dino, a mid-engined sports car powered by... a V6 engine.

FCA boss Sergio Marchionne has since confirmed a new Dino is not a question of if, but when. He also says that, while the car may have less power than the new 488 GTB, it will not be a cheap Ferrari. And comments from Ferrari road car engineers confirm that the F1 engine program’s significance at Maranello extends beyond the racetrack. “The V6 is still young,” says one. “In five, six, seven years its status will be more important than now.” The important thing to note here is that the current F1 powertrain regulations are currently fixed only until 2020...

Turbocharging and electrification are the future for high-performance road car engines, a trend we already see with the current crop of hypercars like La Ferrari, Porsche 918 and McLaren P1. Ferrari engineers clearly believe F1 can be a laboratory for fast-tracking such technologies, despite stupidly restrictive bans on powertrain testing and development.

For the first time in decades, F1 has powertrains directly relevant to future road cars. And that’s arguably much more important than what they sound like. 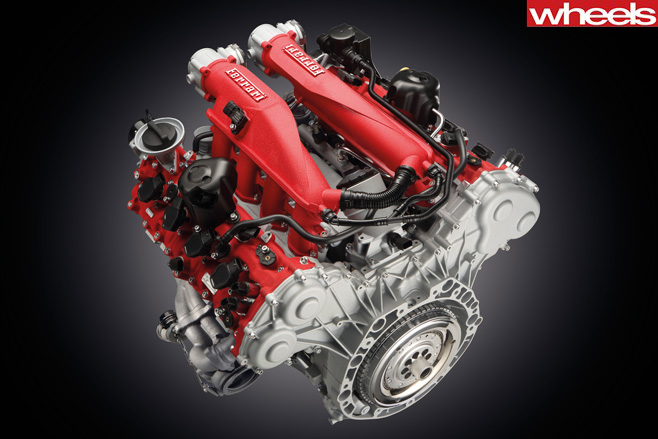 EVEN Ferrari CEO Amadeo Felisa couldn’t help himself: “How is the sound?” he asked.Truth is the stunning 492kW twin-turbo 3.9-litre V8 in the new 488 GTB could sound like bricks in a cement mixer and it would still be one of the greatest Ferrari engines ever. Here’s why: “This is just the beginning,” Felisa says. “We can get 149kW/litre without having to change components.” The forthcoming high-performance 488 variant could therefore have as much as 581kW. Thank those noise-sucking turbos.