Sticky fog and relentless rain challenged the 40-strong field that battled for a final grab of championship points at the six-hour Nürburgring 1000 event.

In the end, however, on a drying track, the Belgian Audi Club Team WRT capitalised on pole position, with Laurens Vanthoor, Cesar Ramos and Christopher Mies taking first in the Pro category with their #1 Audi R8 LMS Ultra, ahead of the Mercedes SLS AMGs of the HTP Motorsport and Black Falcon teams.

Vanthoor, who completed the final stint in the Audi, piloted the car home largely unchallenged, as rivals in the Pro class struggled in the conditions. An early tussle between the #98 ART Grand Prix McLaren and #26 Sainteloc Racing Audi R8 penalised both with a lengthy time in the pits for repairs, while Andy Soucek lost the #99 ART Grand Prix McLaren’s rear-end late in the race trying to warm the slicks on a still-wet but drying track.

Further down the podium, a late assault from Stef Dusseldorp in car #85 consolidated HTP Motorsport’s lead over the third-placed Black Falcon SLS AMG, and, combined with the HTP #84 car’s 14th-place finish, awarded them second in the Pro team championship, tied with M-Sport Bentley.

Impressively, new kids Bentley M-Sport managed second place in both the driver and team championships, despite its cars finishing a hammer-throw from the silverware in eighth and 12th place, thanks to car #7’s drive-through penalty and car #8 swapping ends twice: the first time after pushy contact during a safety-car restart, the second after ex-F1 driver Jerome D’Ambrosio lost a measure of grip during corner exit. Bentley’s race efforts, however, were remarkable to say the least. Five hours in, both cars were at least five places behind where they finished, but Steven Kane’s vicious assailment on a dry track in the #7 Continental during the final hour nudged Bentley into the Top Ten and onto the race’s points table.

Despite coming close to a debut overall win, after two prior victories during the year, Bentley has confirmed another season and a crack at the Nürburgring 24-hour next year.

In other categories, a fantastic push from the two-man team of Nick Catsburg and Henry Hassid, in TDS Racing’s Pro-Am #12 BMW Z4, resulted in a fourth-place race finish. But it was the Scuderia Villorba Corse team that took overall honours in both driver and team Pro-Am championships, overcoming a drive-through penalty to clinch a third-in-category race finish. Mention is owed to Alex Buncombe, whose virtuosic ability in the wet put Nissan GT Academy’s GT-R in the race lead early on, ahead of Pro cars. However, the #80 Nissan dropped down the order after a pit stop.

The Gentlemen category race was awarded, for the first time, to a non-Ferrari team, after Team Parker Racing’s Audi R8 LMS Ultra, driven by Julian Westwood and Ian Loggie, took advantage of Sport Garage Ferrari’s bad luck on track and with the car. Overall, though, AF Corse took home the Gentlemen trophy gold.

The Blancpain Endurance Series is expected to return in 2015 with the same format and schedule, the only change being that the season’s six-hour event will be held at the round at Paul Ricard, France, instead of the Nürburgring 1000 final. 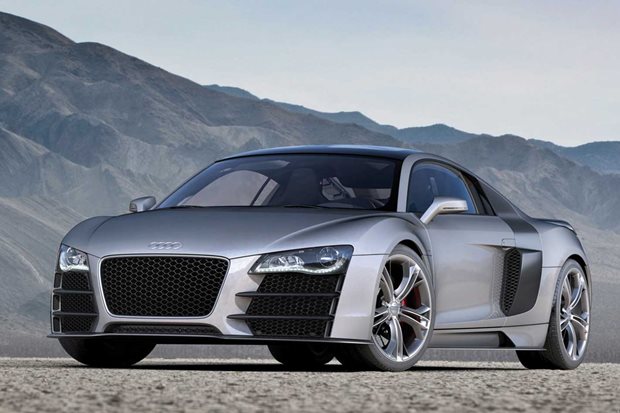 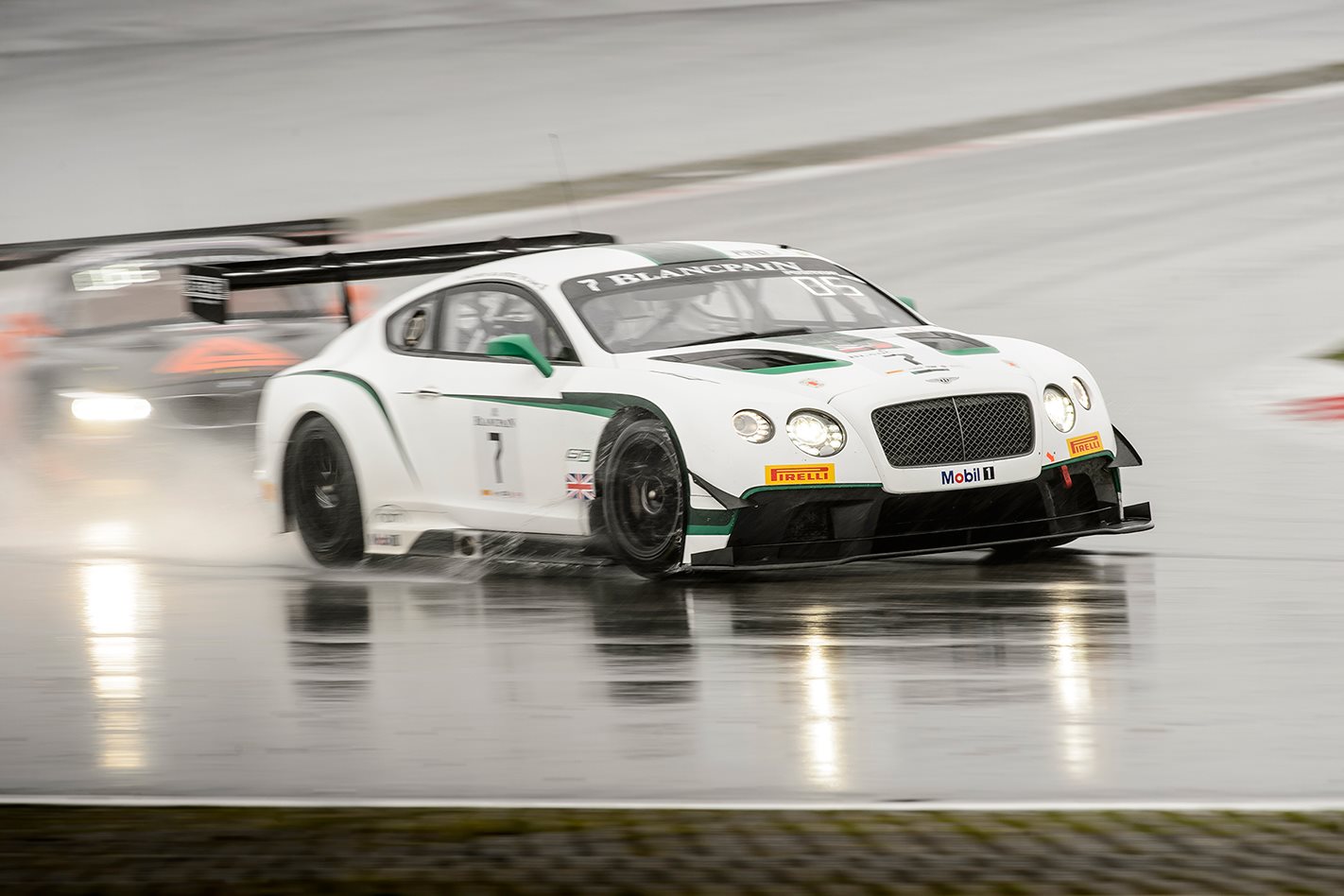 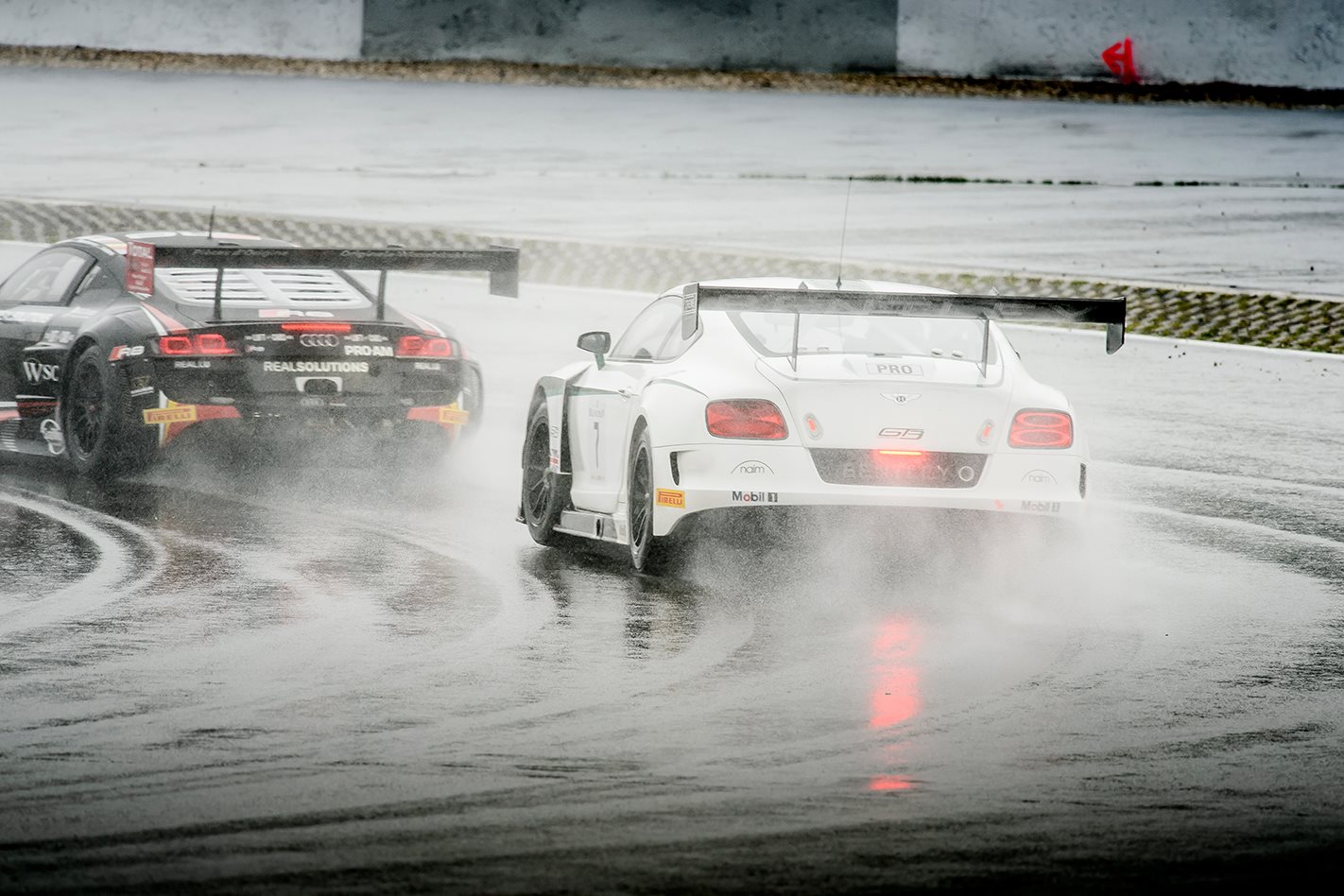 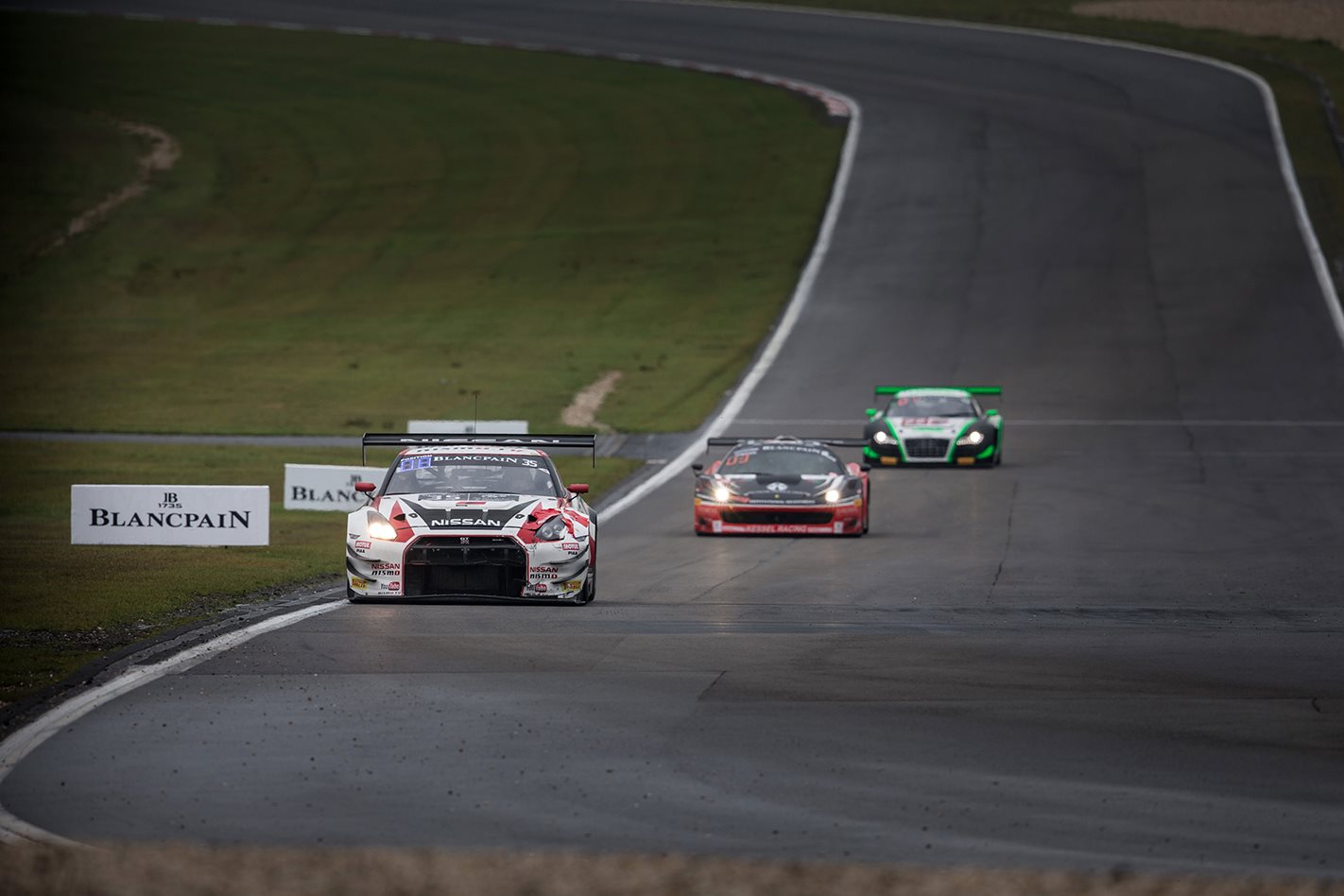 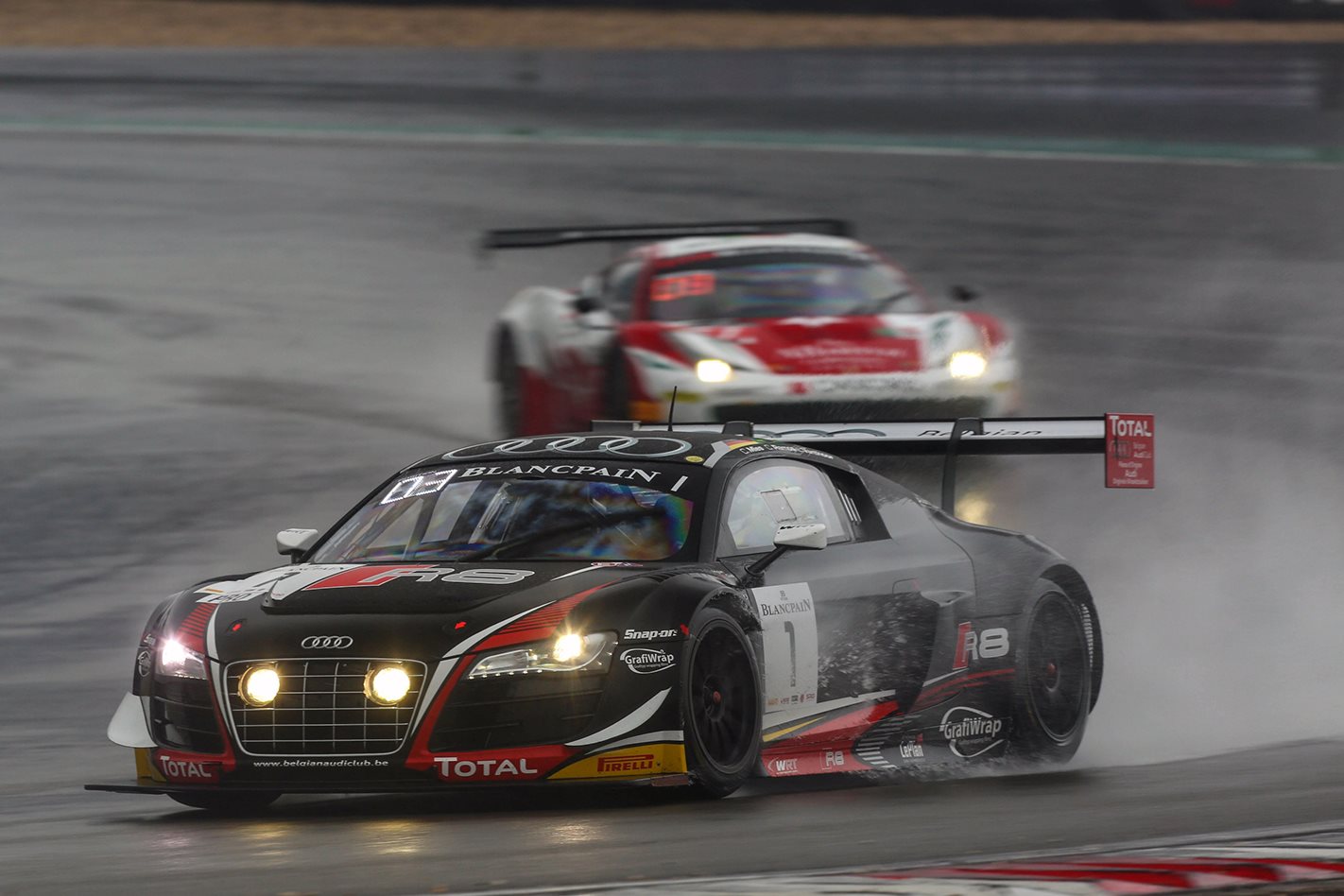 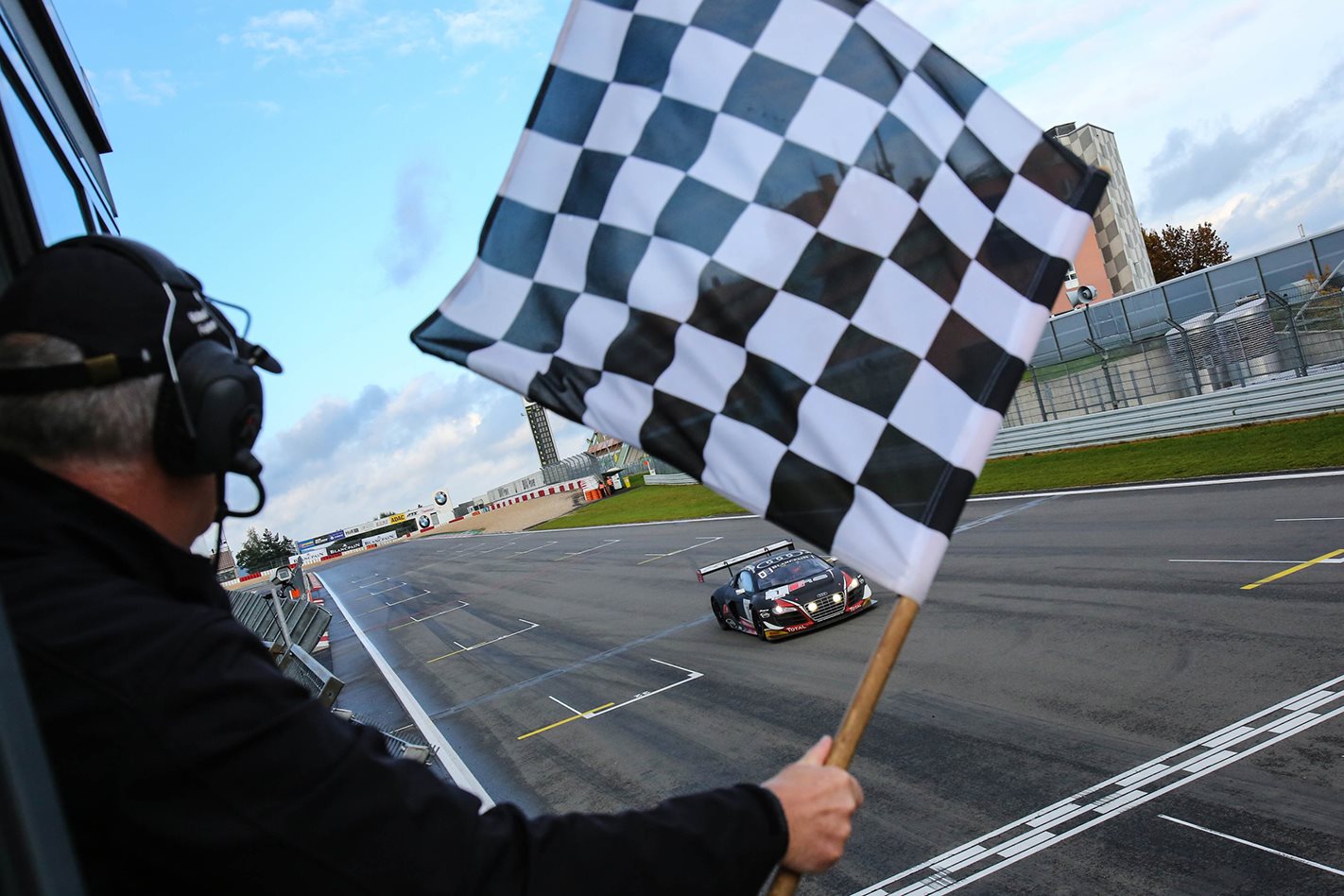 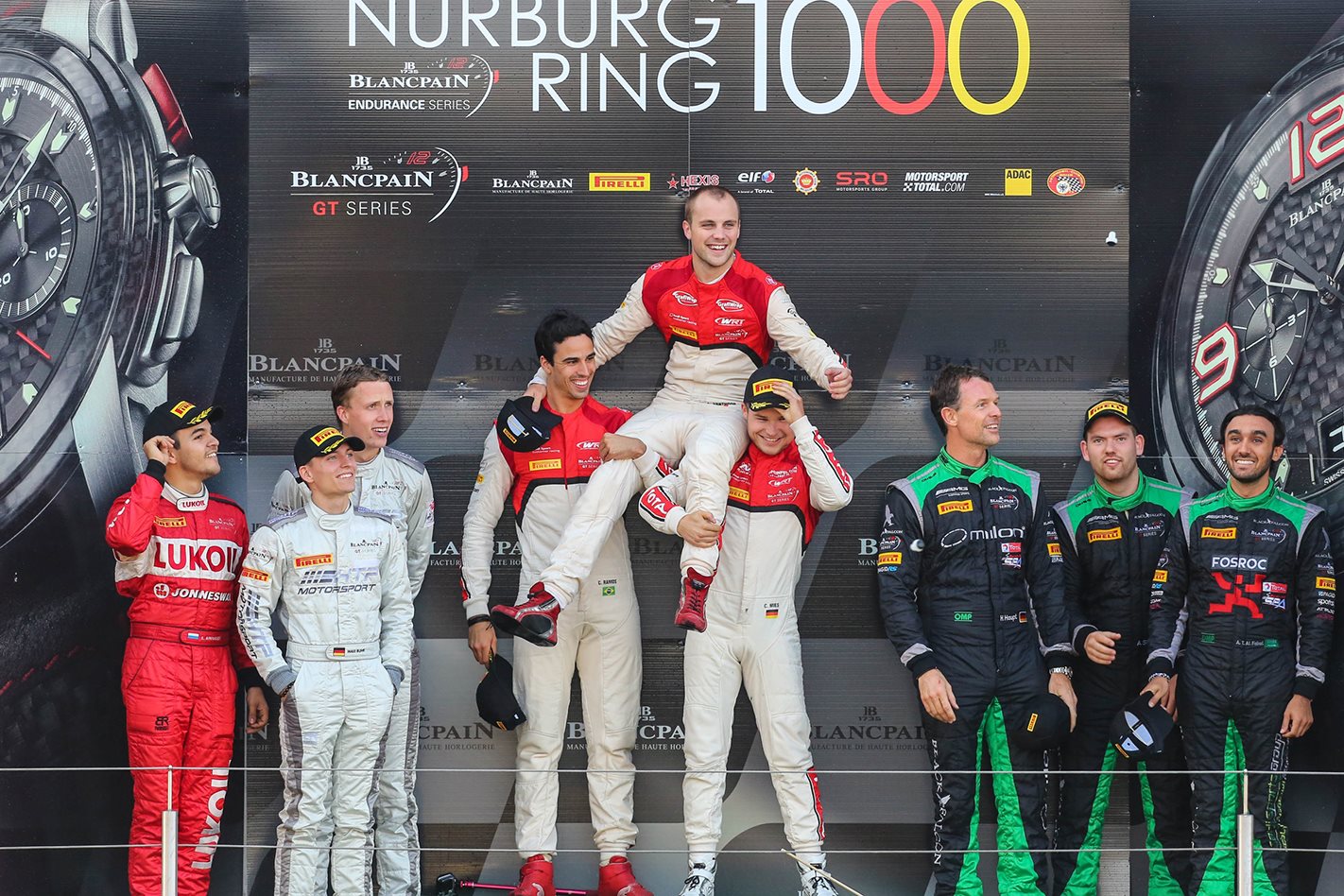