'Less is more’ is a truism that overwhelmingly applies to the Lancia Aurelia GT. But that’s almost selling this breathtaking coupe short

'LESS is more’ is a truism that overwhelmingly applies to the Lancia Aurelia GT. But that’s almost selling this breathtaking coupe short.

In the Aurelia GT’s case, less is everything.

Even the sedan it’s based on wasn’t just any old family hack. Featuring the world’s first mass-production V6 engine and the first standard fitment of radial tyres, it’s hard to believe the Lancia Aurelia Berlina was a contemporary of the 48/215 Holden.

But that’s what my humble bogan self is familiar with. Three-on-the-tree Holdens with no synchromesh on first, not dazzlingly beautiful, mega-buck Italian sports coupes of the same era. And just like the other Gen X dreamers in the motley Wheels crew, I never thought I’d even see an Aurelia GT in the flesh, let alone be handed the keys to one. Mike Simcoe’s keys. Yep, GM’s master crayon wielder is the name on the papers of this 1956 Lancia.

While I can’t deny having had a Countach poster on my wall as a kid, and a dog-eared 1982 Porsche full model line brochure with drool all over the 928 spread, I think the exquisite Aurelia GT is more deserving of my affection. I’ve always wanted to drink in its beautiful Italian body and the rasp of its glorious V6. And now here we are.

The tactile delicacy of this Lancia is truly something in which to revel. Its thin, frameless doors clasp closed via a neat little swinging chrome handle, but my favourite feature is its ashtray. An exquisite little chrome tray sprouting from the right-hand side of the dashboard, it only takes a gentle push down on the spring-loaded catch for the ‘ashie’ to glide open.

Ah, the romance of smoking… until you die from it.

Same could well go for the driving experience seeing the Aurelia GT is from a more innocent motoring age, when tailpipe emissions and crash safety were the rantings of crackpots.

But I never think about that stuff when driving an old car. It’s about the sound, the smell – even if it’s petrol – and the sensory delight. All of which the Aurelia GT over-delivers.

Redlined at 5300rpm, its all-alloy 2451cc V6 breathes through twin Webers and sounds frigging fabulous. Punching out about 115kW instead of the 82kW it produced when it left the factory, and tied to an optional Nardi four-speed floorshift, it sounds like an old race car as its exhaust blares angrily, building in both pitch and volume as the enormous tacho registers more than four grand.

There’s definitely a technique to driving it quickly. Slow-in, fast-out delivers the greatest satisfaction around Broadford, seeing the Aurelia’s ‘sliding pillar’ independent front suspension has its origins in the 1922 Lambda, though the de Dion rear end with transaxle gearbox gives it a degree of cornering poise.

But forget about seat support. If I didn’t have a massive wood-rimmed, alloy-spoked Nardi steering wheel to hang onto, I’d probably be in casualty having a handbrake removed from somewhere painful.

Sneaking out onto sinuous Flowerdale Road, the Lancia’s antiquated front end bobs around in quiet protest, but this sculpture on wheels isn’t about trying to be perfect – it’s about theatre. And occasion. From its rasping, dominating engine to its imperfect pedal placement and broom-handle gearshift, the Aurelia GT encapsulates what upper-class motoring in the 1950s must have been like. Loud, windy and fabulous.

As I arrive back at the track, Robbo walks over to the lumpily idling Lancia, leans in and says: “I think you’ve chosen the car of the day, mate.”

Perhaps he’s right. But maybe I should light a cigarette, draw back and think about it.

GIVEN the Aurelia GT’s iconic style statement, it should be no surprise that its owner is Mike Simcoe, the former head of Holden Design and now the Melbourne-based executive director for design at GM International Operations.

Owned by Mike since 2001, even after 14 years he can’t get enough of one of Lancia’s greatest-ever designs. “Yes, I do really love this car,” he says with enormous pride.
“From a style perspective, it’s a very simple, very pure design with proportion and style without too much embellishment. To my mind, it typifies the best of Italian design and motoring in the 1940s and ’50s.”

During Mike’s custodianship, the Aurelia has had its suspension rebuilt (“a little lower and stiffer”), the engine rebuilt “to something like the original performance spec”, and most things attended to, except for its perpetually gorgeous body. 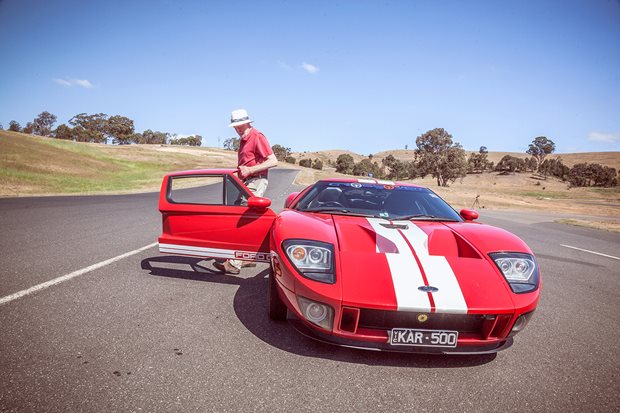 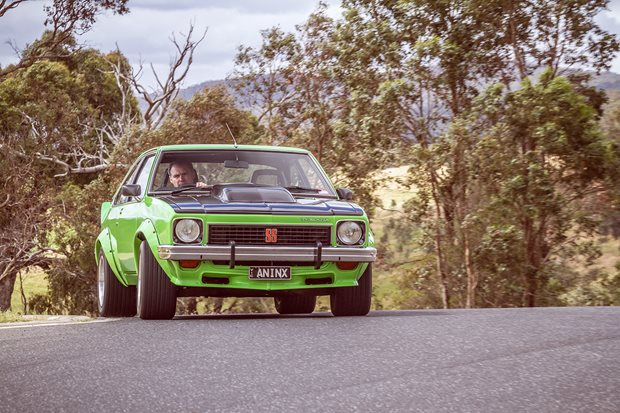 I was a teenager the first time I went to the Bathurst 1000 back in the 1970s and it blew my mind. By the end of that decade, this was the car to have at Bathurst: the Holden... 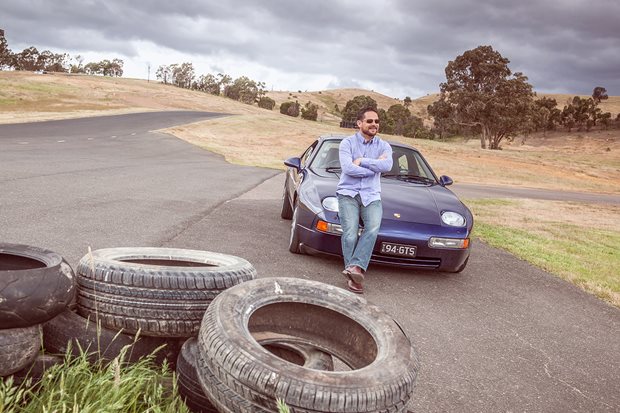 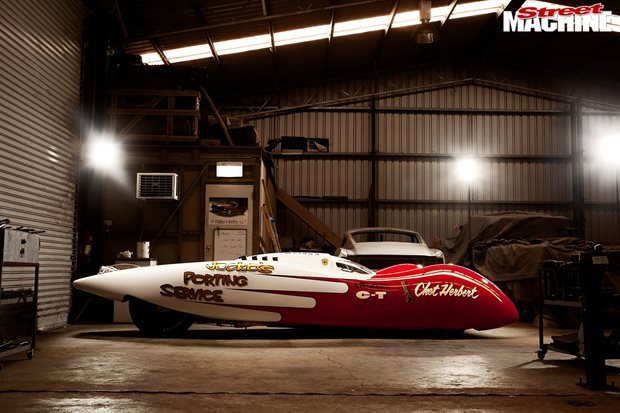 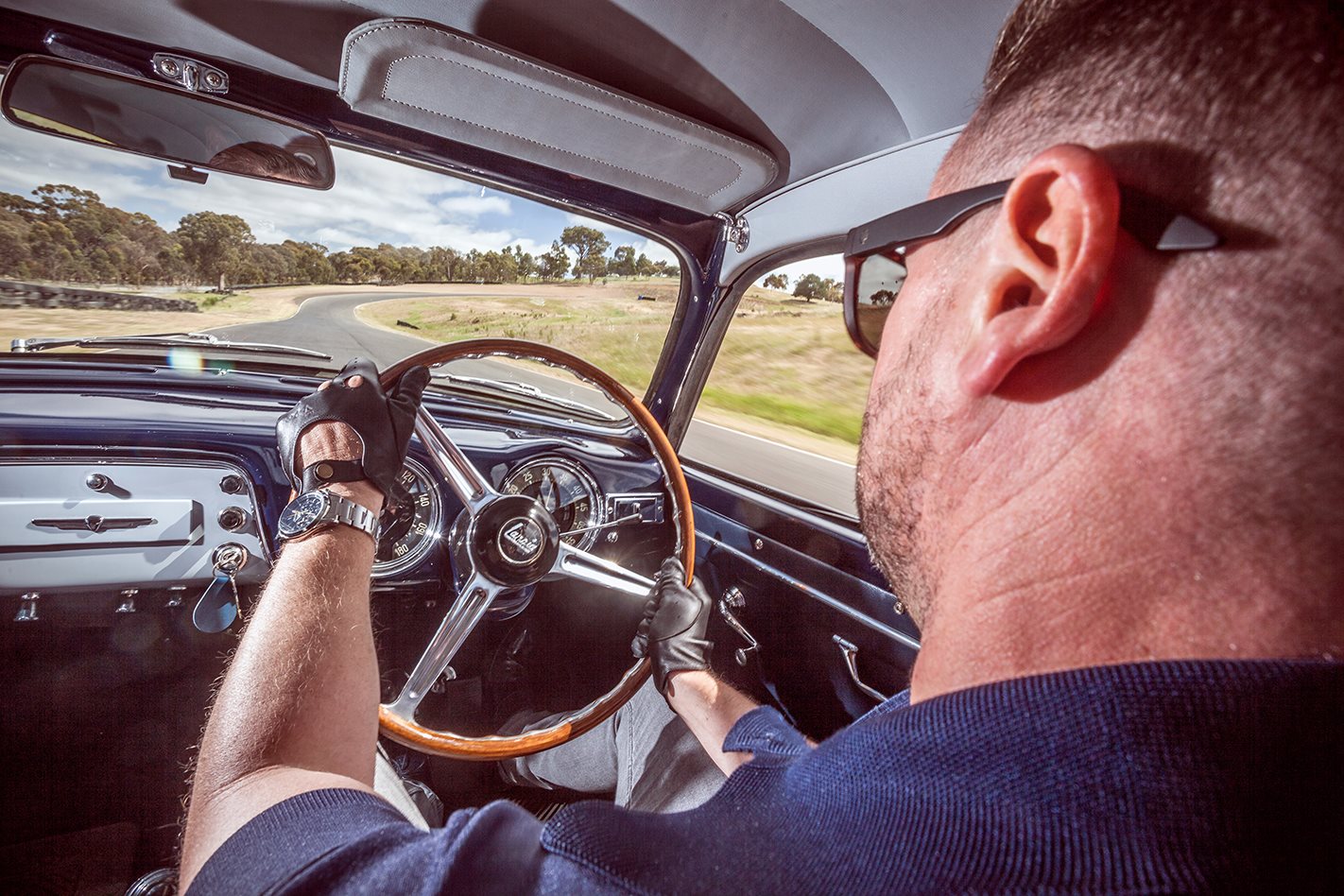 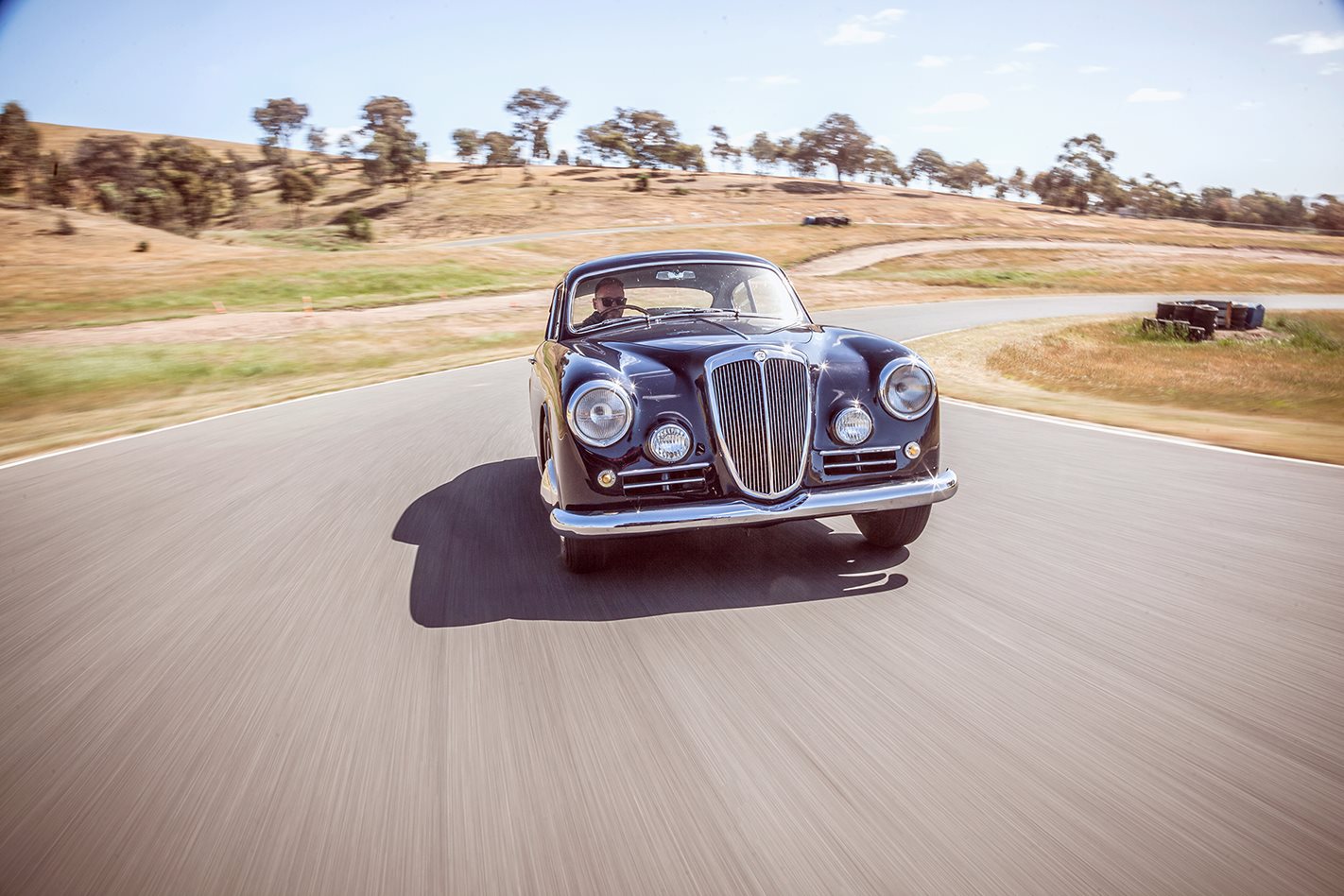 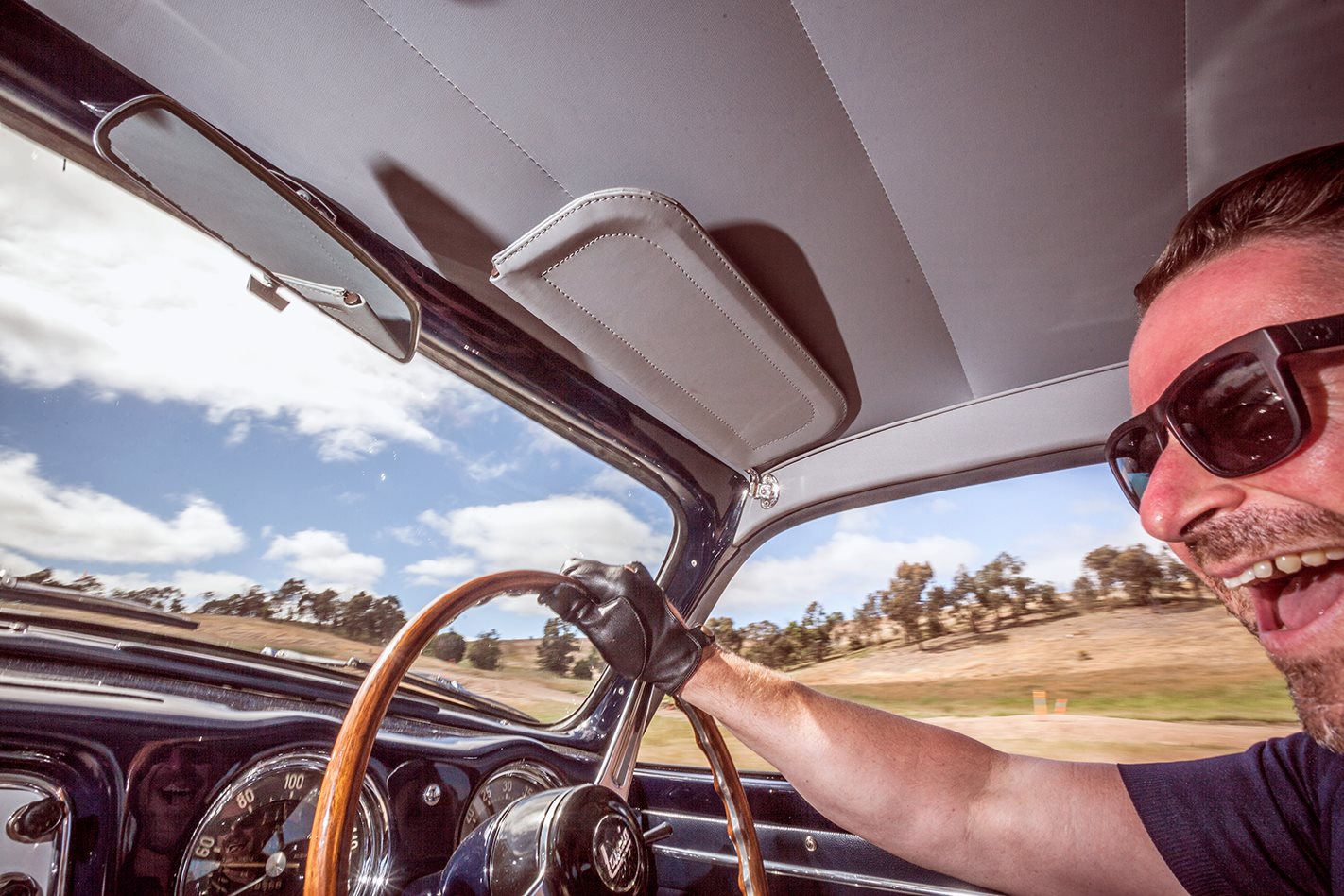 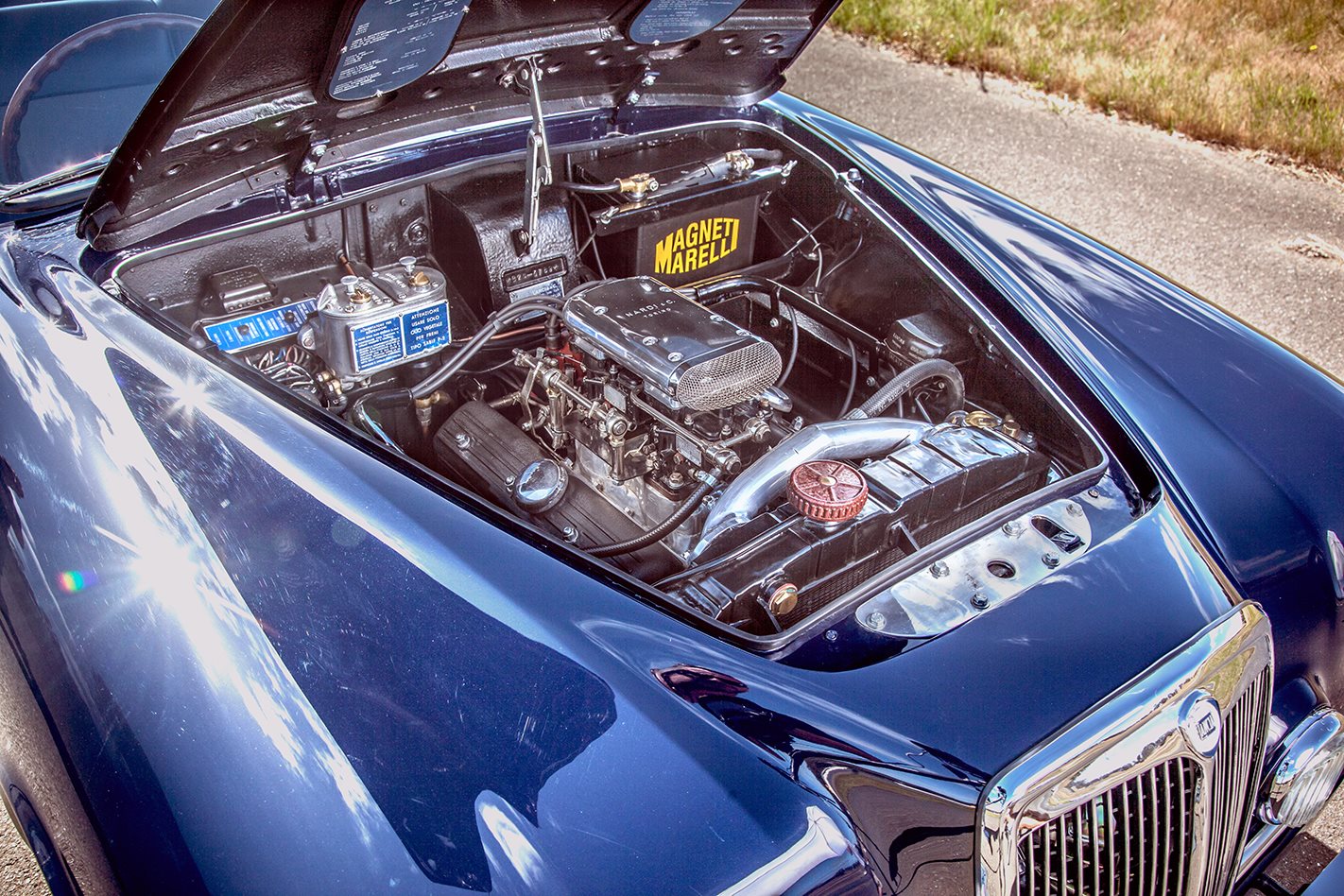 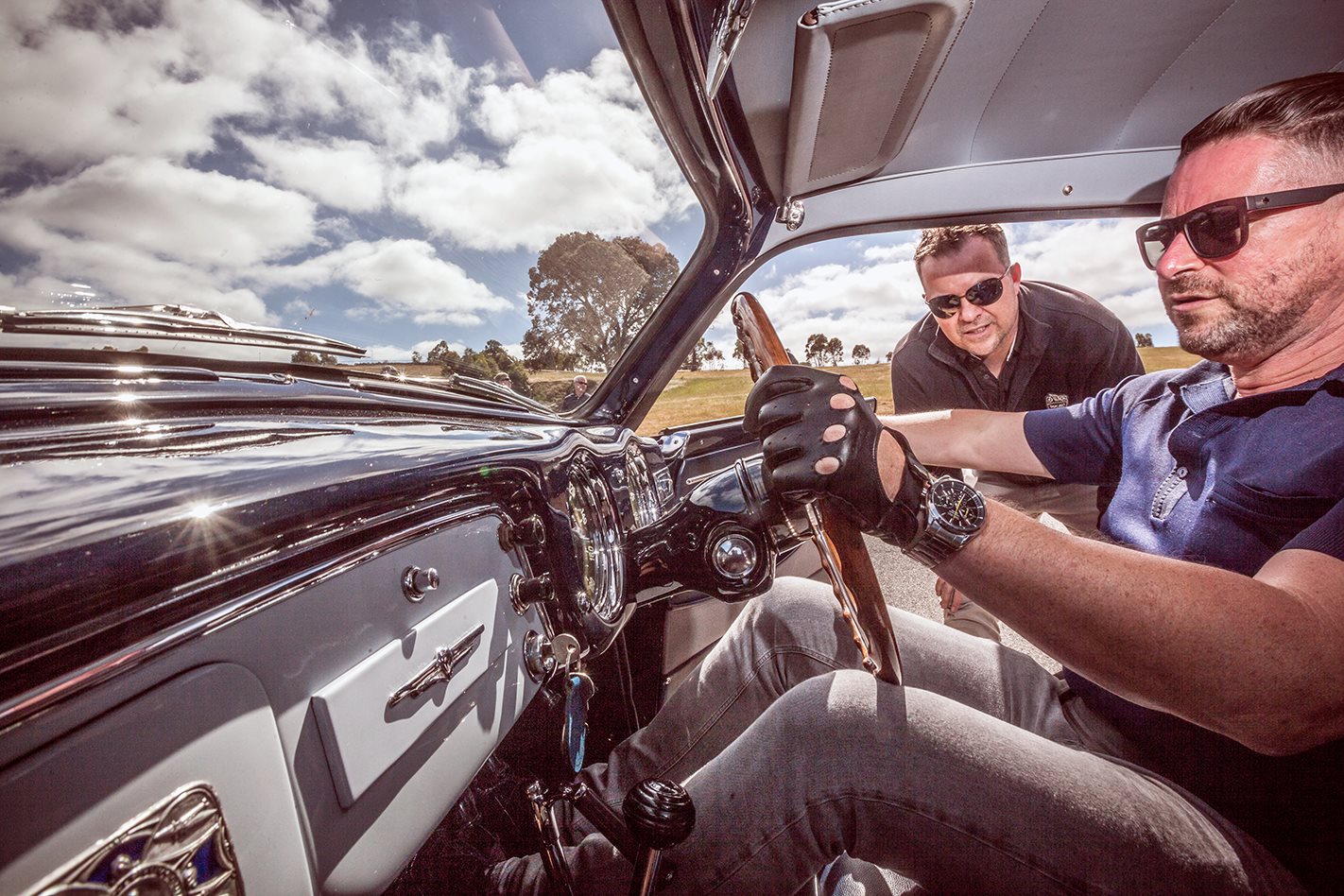 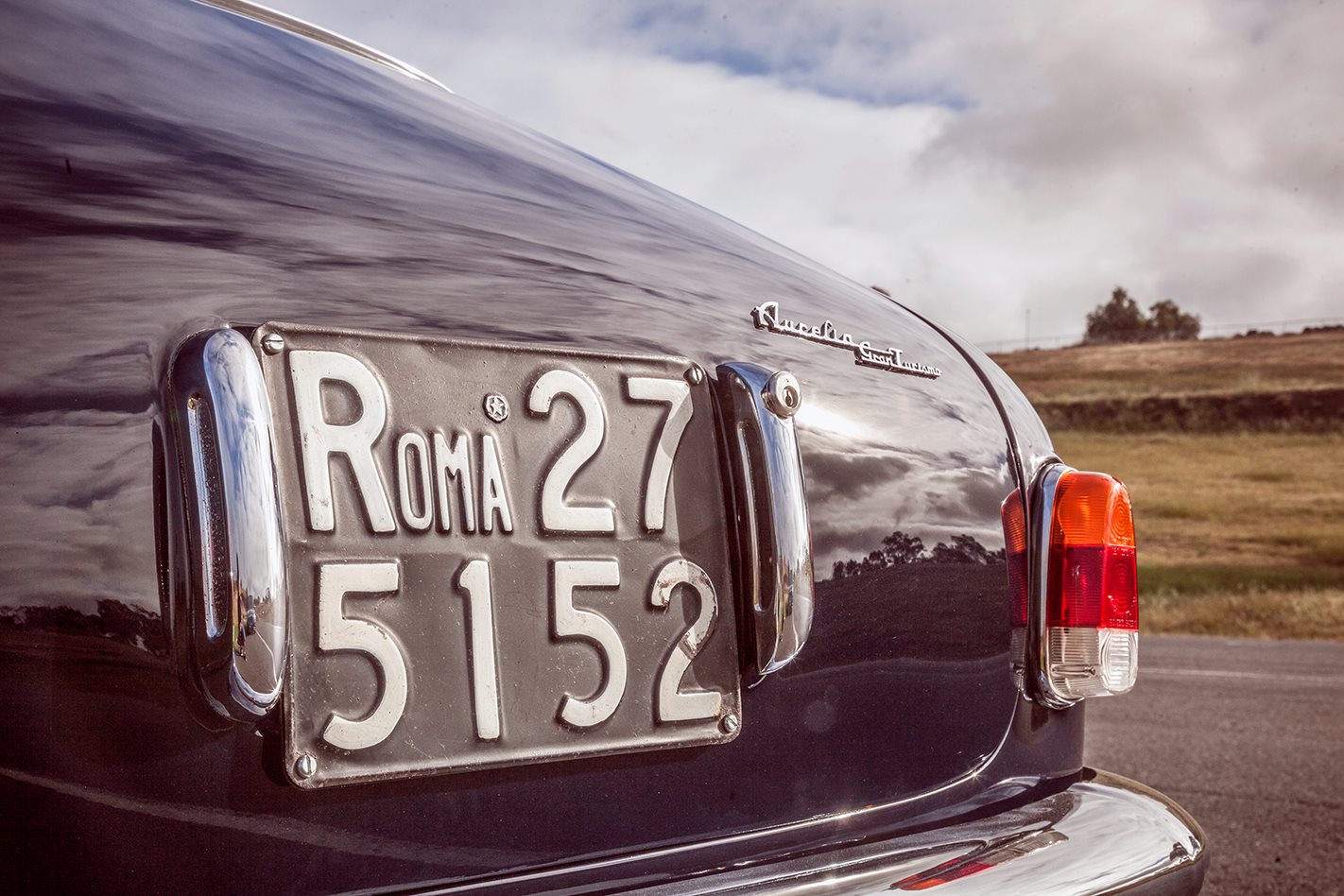