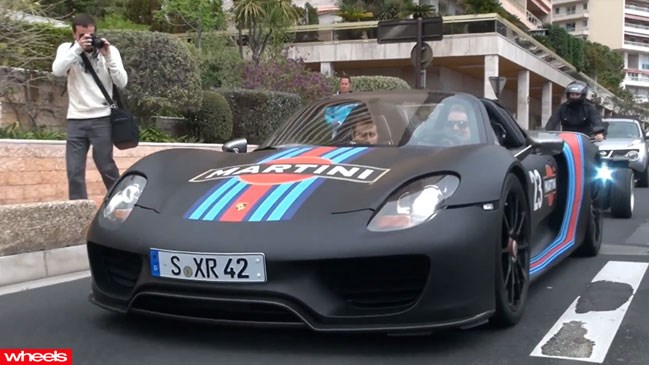 It’s the most hotly anticipated Porsche in years. The replacement to the iconic Porsche GT, the 918 Spyder has enthusiasts watering at the mouth. Here's a video of its hitting the streets in Milan.

It’s the most hotly anticipated Porsche in years.

The replacement to the iconic Porsche GT, the 918 Spyder has enthusiasts watering at the mouth.

Sadly, cashed up buyers won’t be able to get their hands on one until next year, with the model officially making its debut at the 2013 Frankfurt Motor Show.

But that hasn’t stopped Porsche showing a production-ready 918 off in Milan recently.

As it’s in final stages of development, Porsche didn’t even bother with camouflage, instead setting the 918 loose in an iconic race-inspired Martini livery.