Corby's rant: Who listens to the radio? 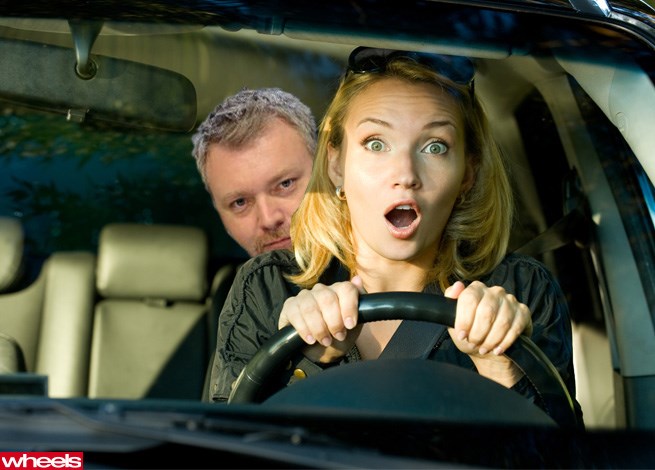 What is it about the act of sitting in a car that so massively lowers the IQ of the average human being?

What is it about the act of sitting in a car that so massively lowers the IQ of the average human being?

I’m not, for once, talking about the way otherwise intelligent, sentient beings fail to cope with the co-ordination and clear thinking required to operate a motor vehicle, I’m enquiring about why so many people choose to dribble excrement into their ears via their car radios. The kind of turgid, retched garbage they’d surely never willingly listen to at home, or in public.

Perhaps some people see the car (much like the internet) as a place to indulge their baser instincts in a way they wouldn’t consider if their friends were watching, or listening.

How else can we explain the success of the atrociously amoral and ear-blisteringly banal Kyle Sandilands and Jackie O? I had hoped that their employment by Sydney’s 2DayFM was some kind of horrific accident, but the two of them recently moved to another network, Kiis, and zillions of people followed them. 2Day’s morning ratings dropped from 10.4 percent share to 3.8, while Kiis shot from 3.3 percent to 9.3, simply by employing two of the greatest gibberers the world has ever seen.

I admit I don’t listen to a lot of their work – if I have the radio on, I am effectively channel-blind; I listen to music and when it stops I change the station – but I have caught their musings a few times since their Kiis move, more by accident than design.

I won’t attempt to quote them exactly, but here is the essence of a recent exchange I heard between Kyle and Jackie in what was presented, unbelievably, as a highlight reel advertising their show:

“Wow. I did a poo once, too. At a friend’s house. It was totes embarrassing.”

This, it seems, is the kind of sparkling repartee that millions of motorists are looking for to brighten their days on the drudge to work of a morning. And I’m not really singling out Sydney here, because there are similar, perhaps slightly less gormless, “DJs” on other stations around the country, and indeed the world. Have you ever noticed how similar the ‘presenter voice’ is, no matter where you are on the globe? It’s particularly hilarious in Germany.

The other common tactic on breakfast radio is to pump dangerous amounts of nitrous oxide into the booth with the cackling gibbons, so that they will laugh at absolutely anything – not just their own parlous jokes – in the hope that listeners will be caught up in the comic contagion.

If you’re one of the people who tunes in to this tosh-pot trash every day, and you may well be, avail yourself of a mirror, have a good gaze into it and ask yourself, why? Whale-song recordings would be better (although it could be argued that Sandiland’s bleatings are whale songs, of a kind) or even, God forbid, country music.

Breakfast radio is rotting your brain. And, to be fair, Jackie O and Kyle aren’t even the worst, or most popular offenders. In Sydney, the overall number-one audience share, at 15.2 percent, belongs to Alan Jones.

Don’t even start me.