The past year has been a big year for four wheel drives. Especially in the dual-cab utility market, which has seen a lot of key new arrivals and will, as ever, deliver some of Australia’s best-selling cars overall.

Arrivals such as the all-new 10th-generation Toyota Hilux, Nissan’s new Navara NP300 and a new Mitsubishi Triton, and updated and facelifted versions of the Mazda BT-50 and Ford Ranger, have left little activity for 2016.

In ute-derived wagons, Mitsubishi’s Challenger replacement for 2016, the Pajero Sport, snuck in with a December 2015 launch. Toyota’s Hilux-based Fortuner lobbed at the end of October. The five-seater Mitsubishi is two pews down on many of its rivals, but offers a value-packed three-tier line-up starting at $45K. Toyota’s Fortuner (pictured above) has seven seats and the diesel-only model starts at $48K. A genuine off-roader, with low range gearing and a differential lock, the Fortuner, with the Pajero Sport, will take the fight to the Isuzu MU-X and Holden Colorado 7 in 2016.

Working in similar terrain, Ford’s big Everest wagon (pictured below), which is derived from the polished, capable Ranger ute, hit local soil in late 2015 as an MY16 car. Just like the Fortuner and Pajero Sport, the Everest sets itself apart from its ute donor with a coil-sprung live rear axle, for superior road manners, rather than using a rear leaf spring arrangement like the Ranger. 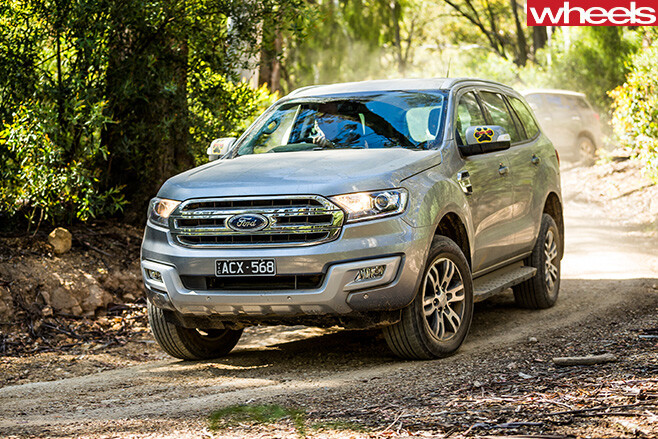 Land Rover is readying an all-new replacement for the ageing Defender – the current car won’t be built beyond 2015, after a solid 67 years on sale – however reports are the new car is still a way off. An upmarket new Discovery 5 is on the way too, however the arrival date is unlikely to end in 16.

Meanwhile, it’s not certain if Jeep will debut a refreshed  Grand Cherokee, but we certainly won’t see its Grand Wagoneer, which will eventually replace the Commander.

Finally, Dodge will seek to capitalise on the popularity of utes in Oz by bringing in its plus-sized Ram.