RYO Yanagisawa has a big book of laminated design sketches in front of him. He’s just shown us the contrasts between the Mazda 3 exterior and that of its crossover sibling, the new CX-30. Now he flicks to the interiors. I squint at the two images, trying to tell one from another. Apart from the colour, I’m struggling to tell the difference. I ask which one is the 3 and which is the CX-30. “They’re both CX-30, just in different colours,” he deadpans. I think Ryo Yanagisawa is trolling me. 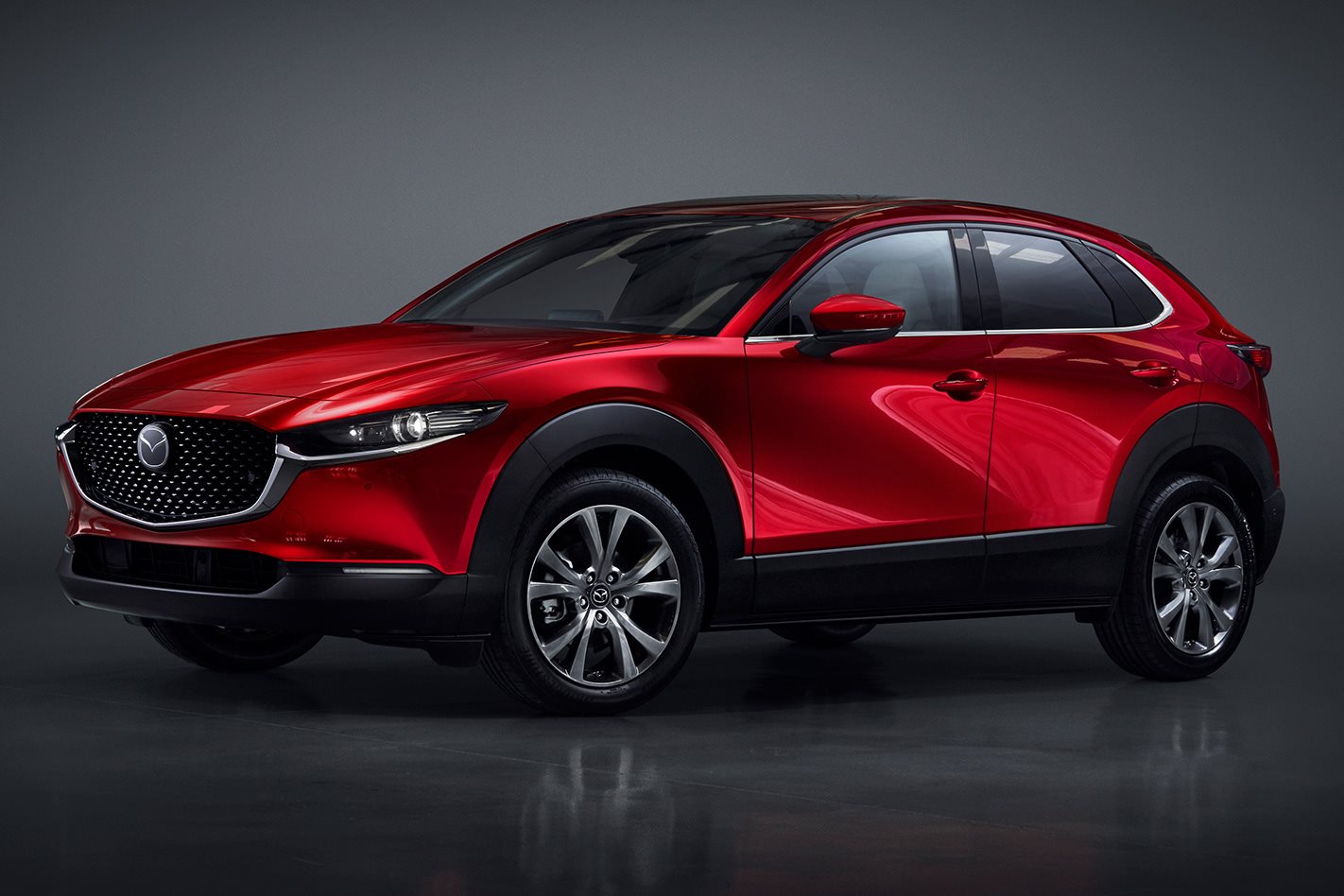 I’d hoped Yanagisawa would be able to explain the new car’s design language in terms we could understand. He launches into some advanced-level designer-speak but I get him to rewind and show some concrete examples. The man with the Mazda 2 and the BT50 on his resume breaks out the sketch book again. 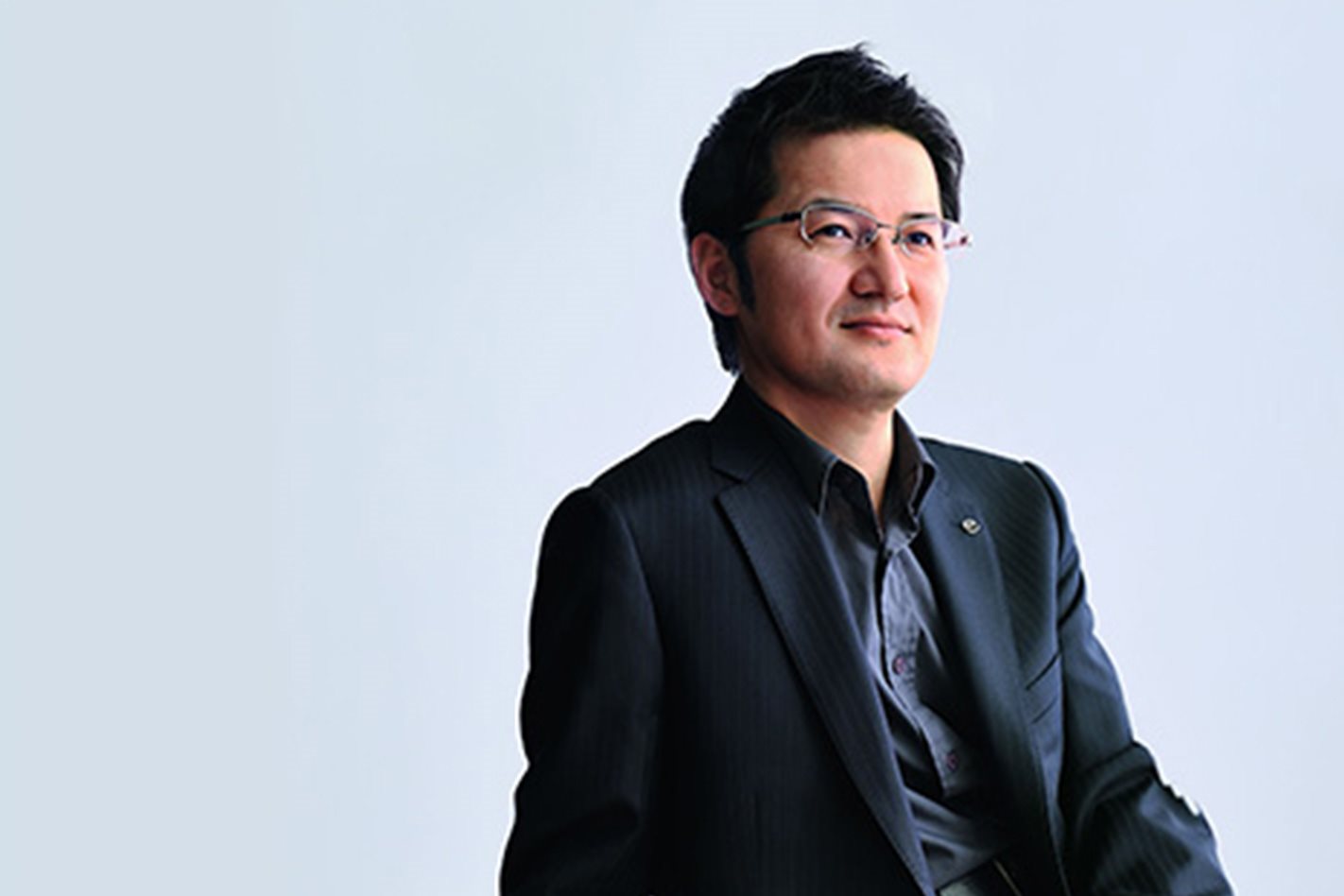 “The interplay of light and shadow, the way the reflection moves on the side of the car, this is common between 3 and CX-30,” he says. Sure enough both cars exhibit a Z-shaped reflection when lit in a certain way. It is indeed striking and dynamic. “But how we interplay light and shadow is different. In Mazda3 the power coming from the front reflection is on the rear wheel arch. On the CX-30 the power is charged at the front of the front fender. In a way, the energy is reversed.” 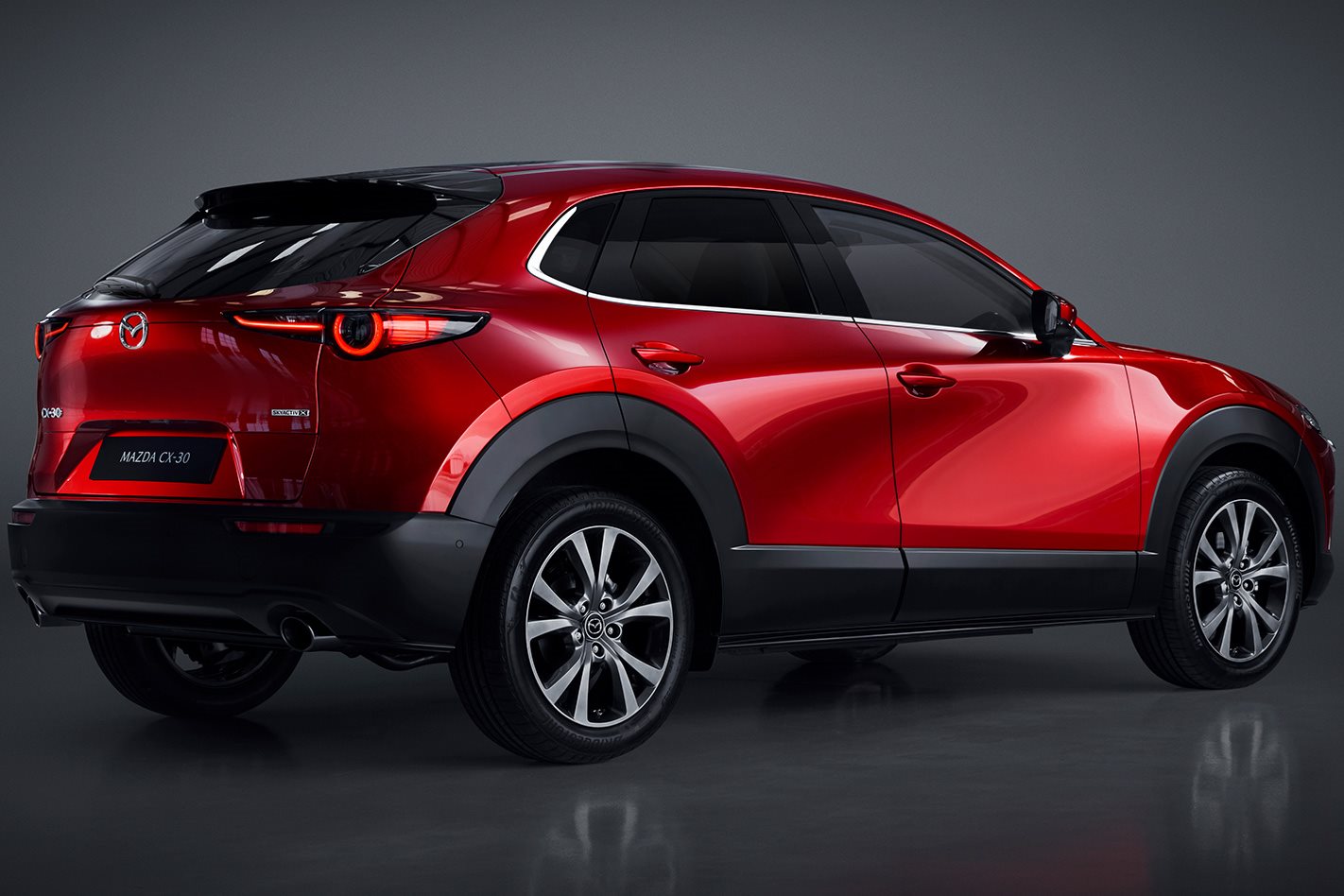 “The main difference between the two cars is obviously proportion. The CX-30 is a crossover and the overall length is short at 4400mm, so if we don't design it carefully it could look bulky,” says Yanagisawa, making sweeping motions in the air with his pen. “We wanted to make it sleek and elegant so we separated the upper and lower bodies. We used the black thick cladding on the lower body, blacking out the lower so that the sleek upper body looks as if it's floating and the lower body expresses the strength and power,” he says. I feel he’s veering back into black polo neck territory so I attempt to steer him onto talking about the cabin. 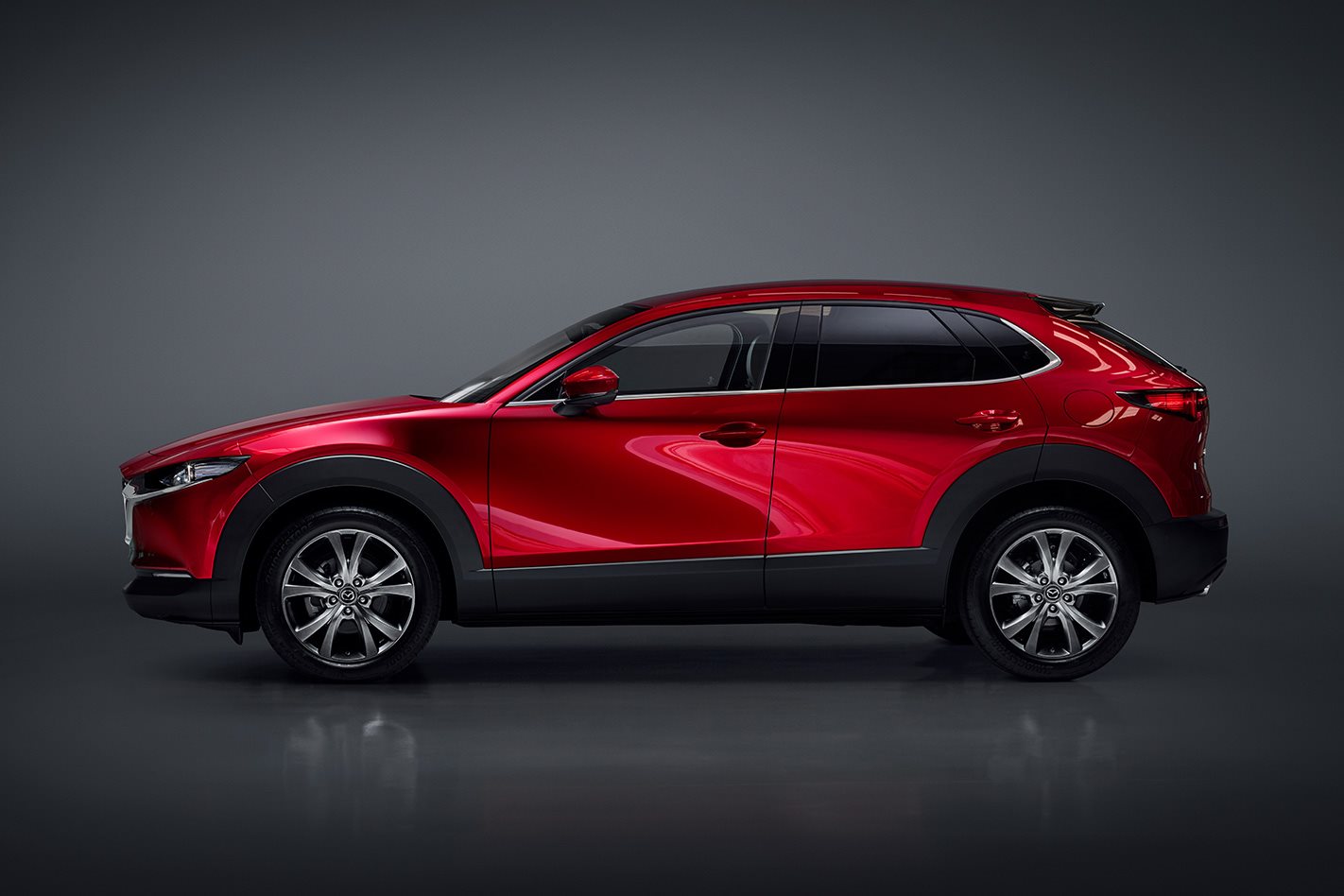 “We are concentrating on the human centric approach. The driver seat is centred around the driver. You extend both legs and you find the pedals. The steering is centred on the middle of the driver's body. The display is symmetrical and oriented towards the driver. This philosophy is common between 3 and CX-30 but they have different hip points. How we approach the passenger seat is different. The 3 is more vertical, with the CX-30 dash wraps around like a wing,” he says. 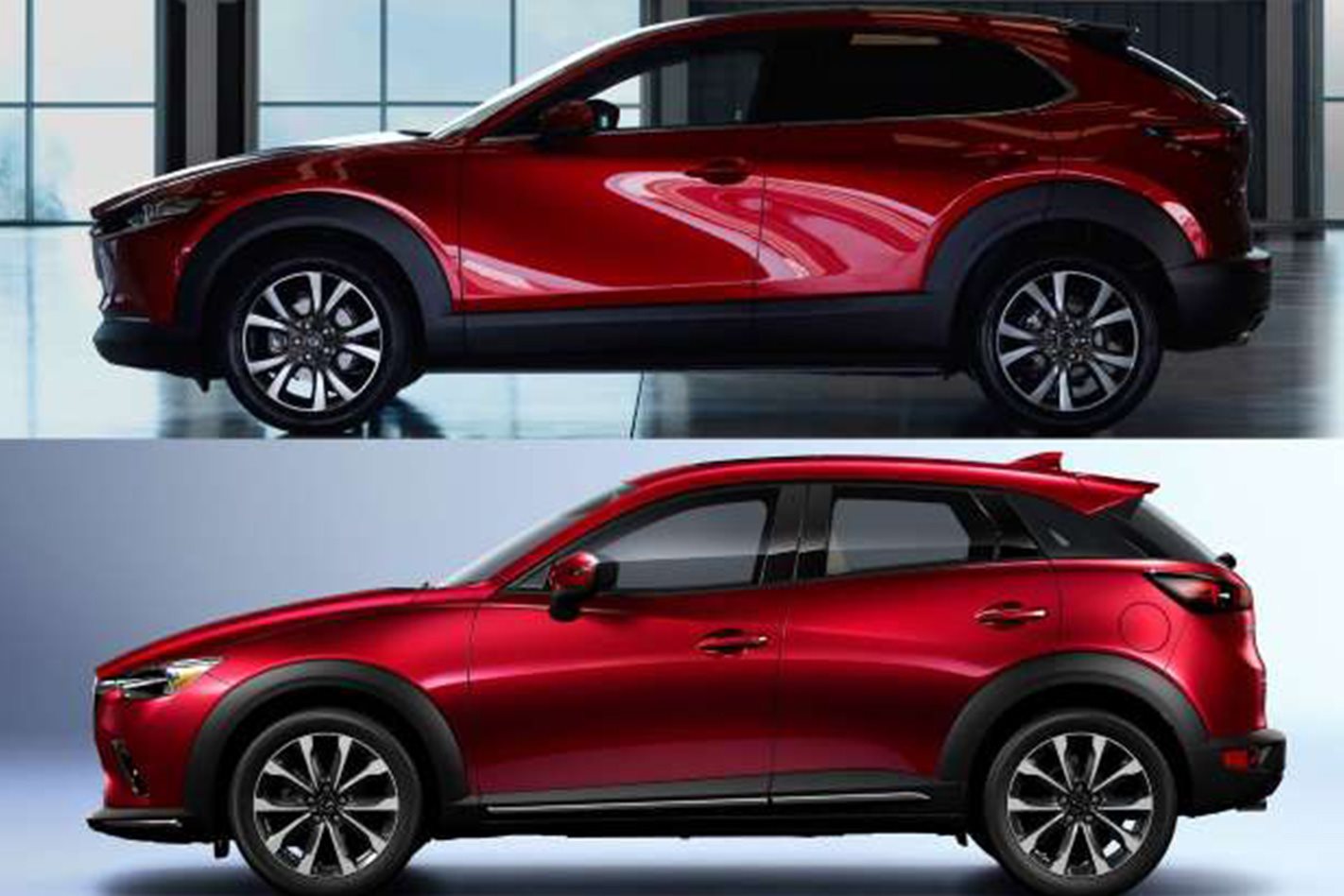 When asked why Mazda opted for a screen that’s operated by a rotary controller rather than a prodded finger, he’s quite clear about the advantages of the former approach. “We want a safety philosophy. We want the driver's eyepoint as far up and out as possible. If we put the screen in an approachable distance, it takes time for the driver to adjust the focus, especially for elderly drivers to make adjustments. We intentionally put the display far away. We evolved the Mazda Connect interface to be more intuitive,” he says. 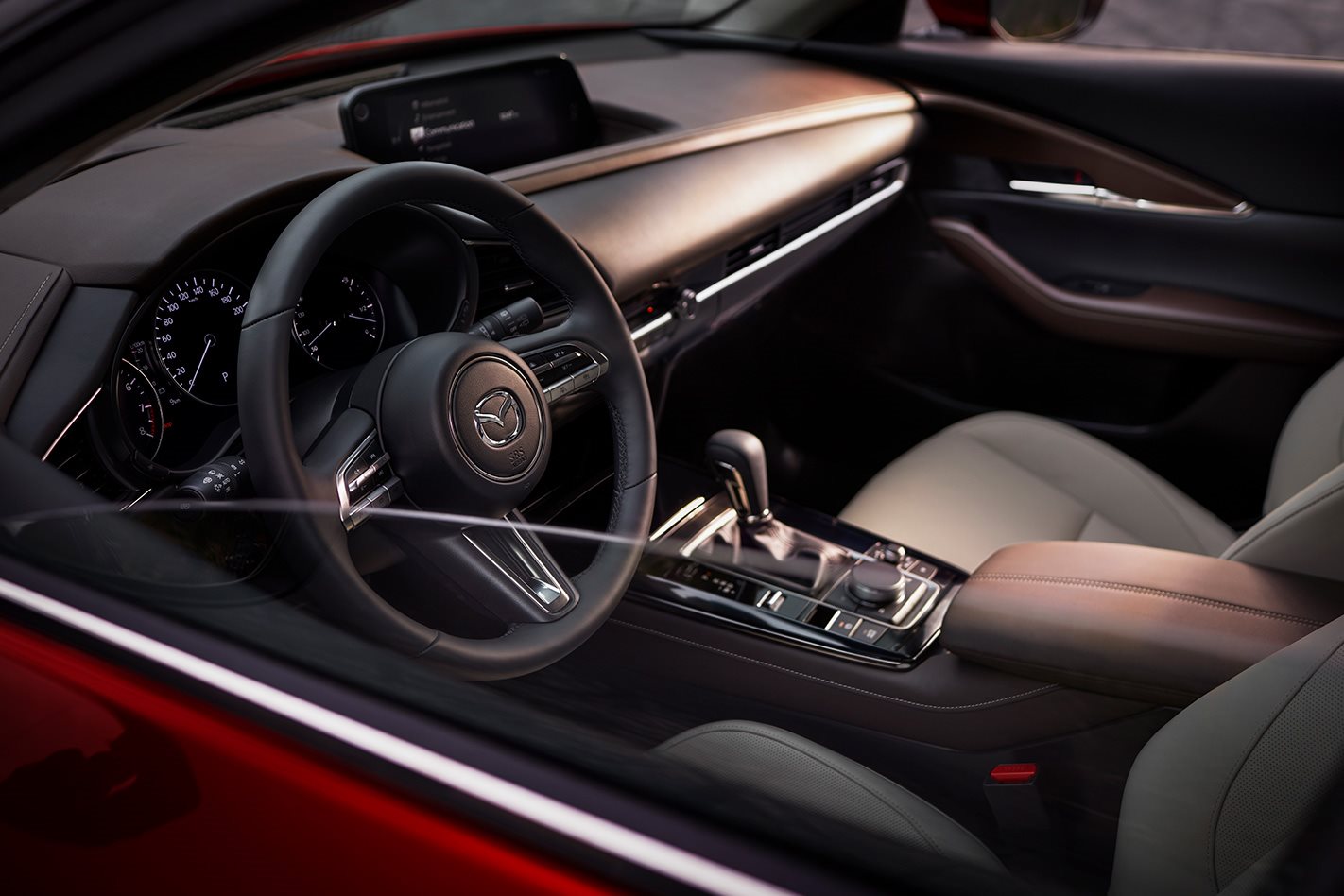 There’s no doubt that some people do find the CX-30 a slightly confusing proposition and don’t recognise that there’s space between the CX-3 and the CX-5 to slot another car. Mazda is all about extending choice and building on the foundations of the new 3 hatch. The CX-30 also marks an opportunity for the Hiroshima company to stretch things a little further upmarket.

“Mazda's presence globally is still small,” admits Yanagisawa. “We only have two percent globally market share. We recognise ourselves as a small player and production volume is limited, so if we keep competing in non-premium it will be a constraint for us. We'd like to push up the brand image. By doing so we'd like to keep being successful as a brand. We'd like to see how far we can push up the brand identity. It's all about the perception of the customer. We could price our cars fairly high, but customers wouldn't accept it,” he says. 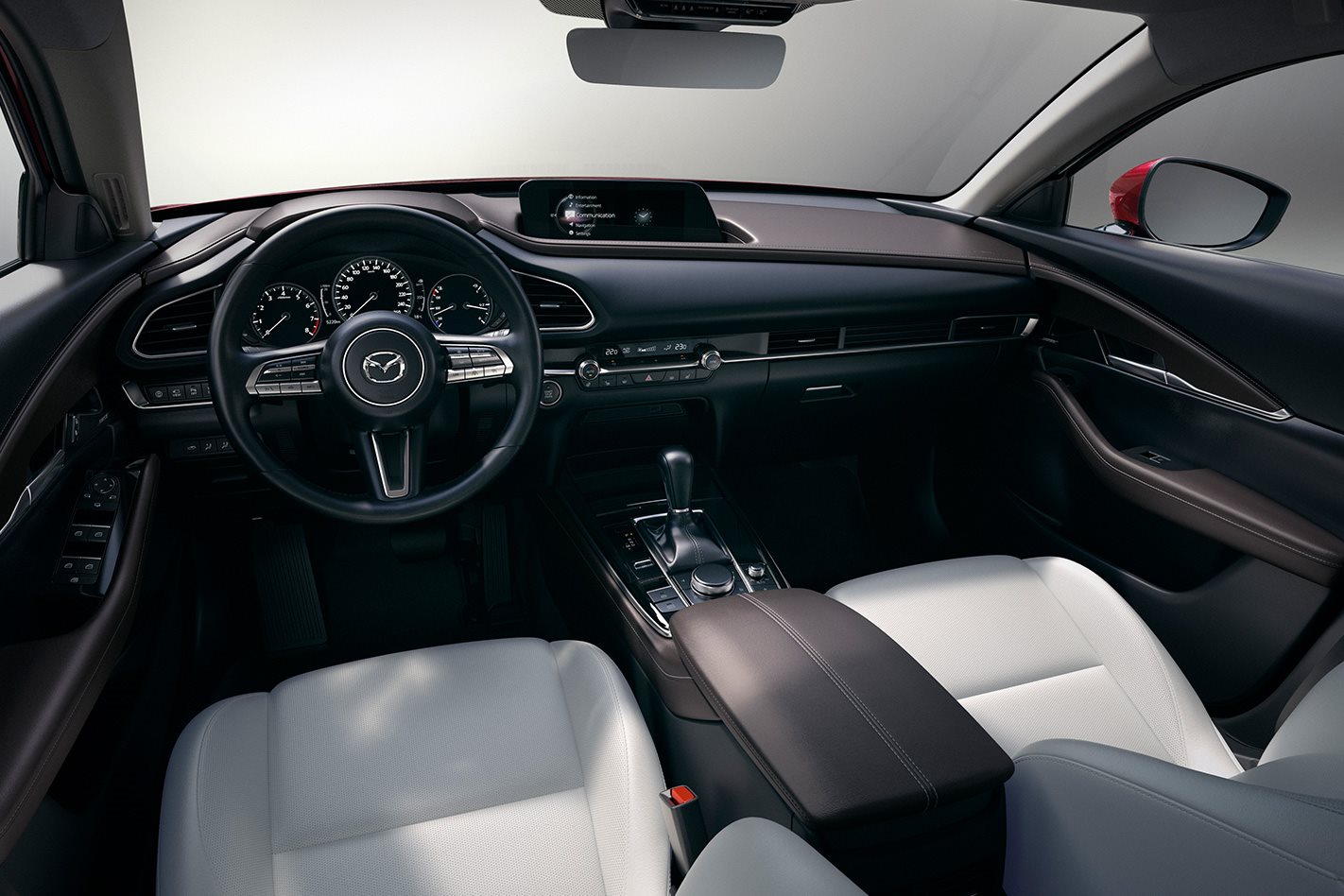 Read next: So what exactly is the new Mazda CX-30?

The CX-30 marks a new chapter in Mazda’s SUV portfolio. It’ll doubtless cannibalise sales from CX-3, CX-5 and 3 hatch but the company sees a net gain. It could well be Mazda’s biggest selling vehicle within a couple of years. Then we’ll probably all wonder what needed explaining. 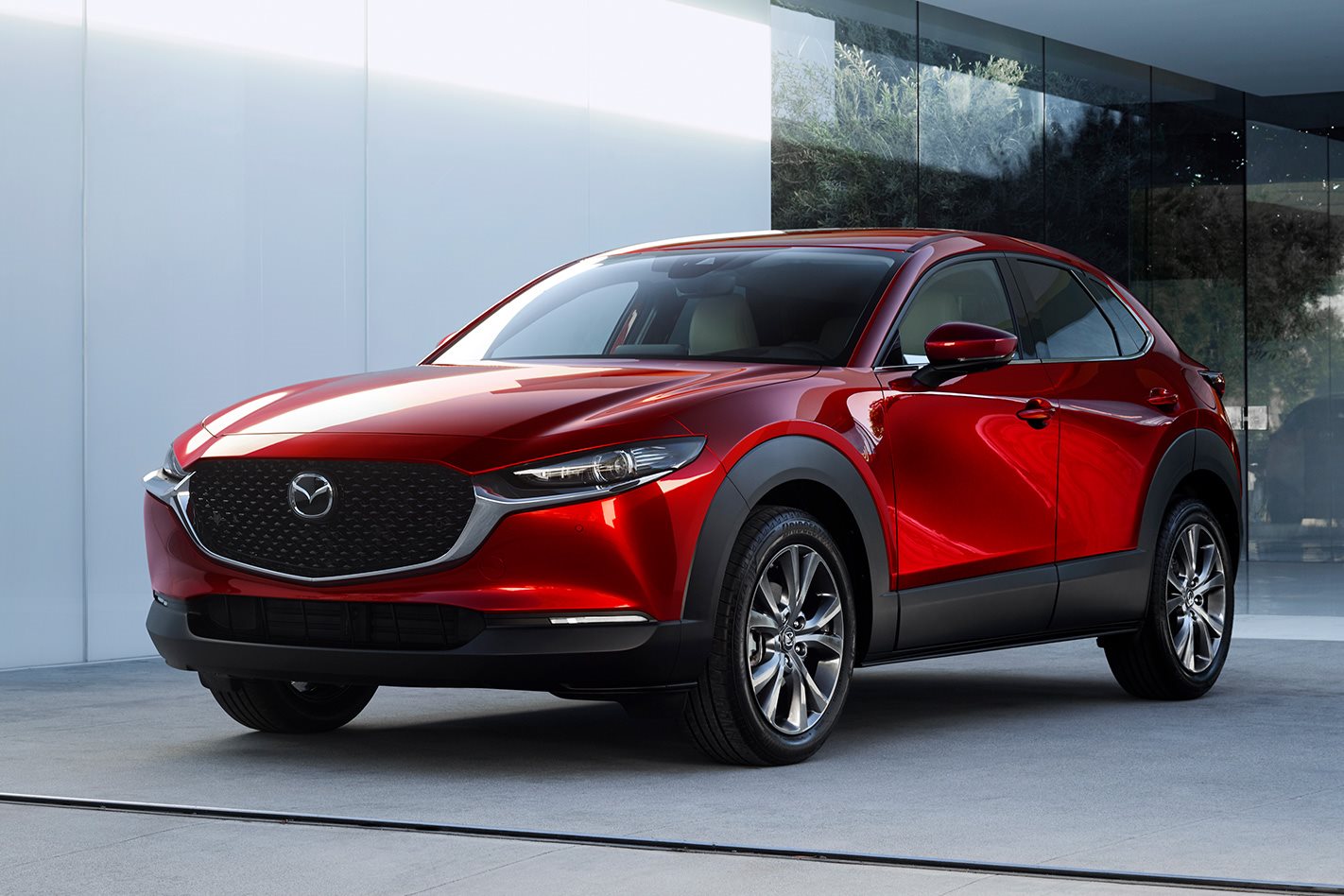 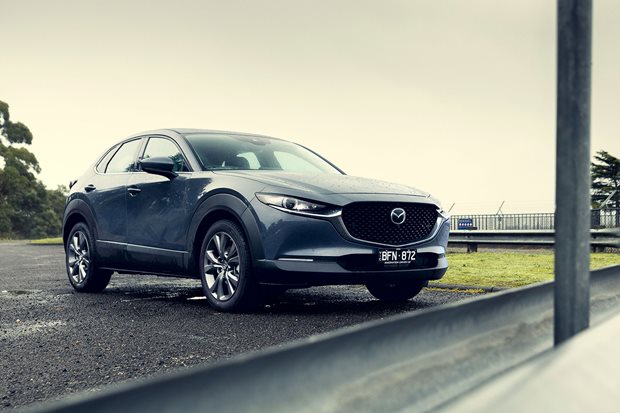 Mazda's small-ish SUV fills a gap in its lineup... and a place in the Wheels garage 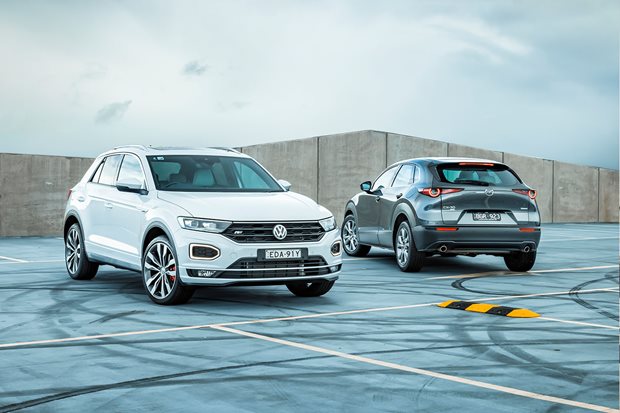 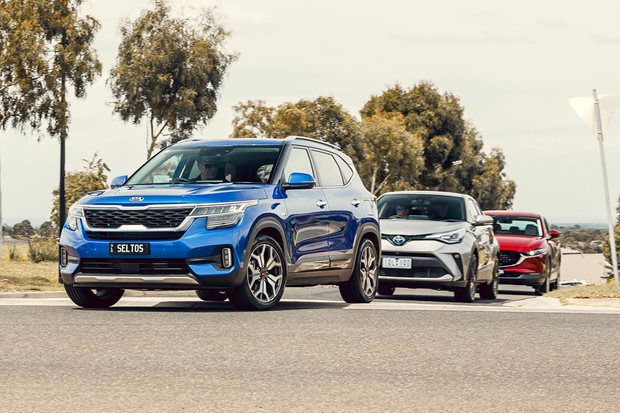