DON Loffler considers himself the “luckiest man alive”. Now 76, he has retired from a distinguished career as a teacher of Latin and German at the prestigious St Peter’s College in Adelaide and now writes books about historic Holdens.

Loffler’s first book, She’s a Beauty: The Story of the First Holdens, was published in 1998 as a comprehensive 246-page history of the 48-215 (aka ‘FX’) and FJ. Laden with facts, pics and tidbits, the green-covered tome was an admirable accomplishment.

“Put it in the bin,” Loffler sighs. “I did my best with that book, with the information available at the time, but quite a bit of it proved to be inaccurate. I got lots of feedback – so many wonderful responses, and lots of extra photos – and in 2006 I republished a complete revamp of that book, the ‘New Enlarged Edition’.” 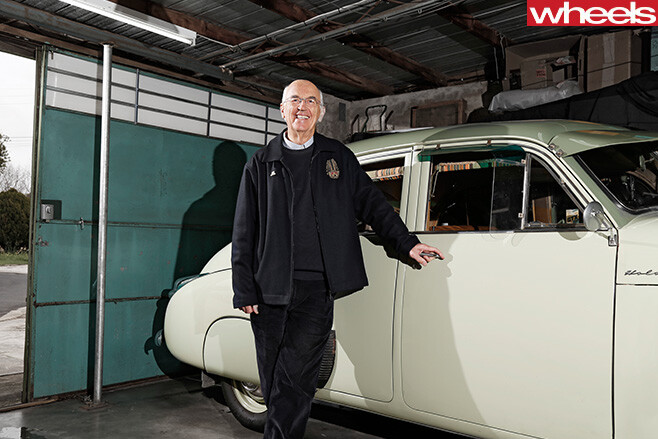 Loffler’s investigations, especially in his (and Holden’s) home town, led him to discover lots of popular misconceptions and inaccuracies about early Holden history.

“There’s all sorts of fictions, like that [PM Ben] Chifley unveiled the first Holden off the line. Total rubbish. The first Holden came off the line on October 1, 1948, under huge secrecy in the factory. Chifley just unveiled a production Holden on November 29.”

Loffler’s obsession with Holden began, as usual, in childhood. “I was nine years old when the Holden came out in 1948. I have the most vivid memories of the drama of that car appearing. I had an instant love affair with the Holden. I was already interested in cars per se, but this affair never left me. 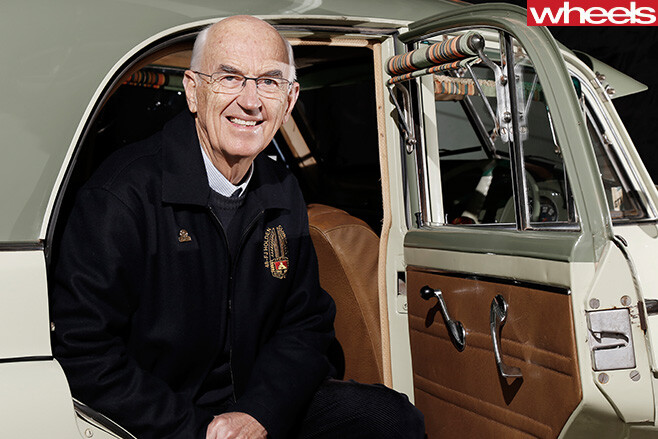 “It transformed motoring in Australia. People like my parents, who bought their 48-215 in 1953, for the first time we were liberated to travel interstate. We would never have done that in the 1928 Chev, which we traded in. And there were lots of families like the Lofflers.”

Had he ever been disloyal and owned anything else? After a long pause, he says: “This is almost scandalous. I never owned one! Until 2007, when I bought a barn-find 1953 48-215. I drove that around for five years until I fell in love with an FJ Special. I have that and a Honda HRV.

“But I was totally disloyal. I was madly keen on VW Beetles. I owned five of them, one after the other, then I had a VW 1500 sedan, then a special-import 1500 S Variant twin-carb. But the flame for Holdens never died!”