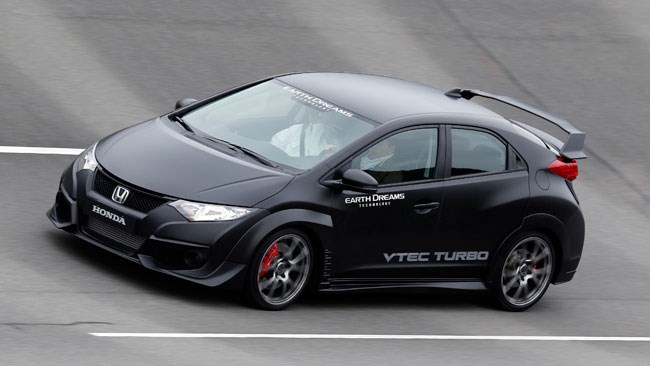 IT WEARS a turbo, sounds like an enraged swam of killer bees and will churn out up to 220kW — meet the next-gen Honda Civic Type R

IT WEARS a turbo, sounds like an enraged swam of killer bees and will churn out up to 220kW — meet the next-gen Honda Civic Type R.

Revealed in prototype spec to select journalists in Tochigi, Japan, time in the new Type R was limited but it — and in particular its engine — made an instant impression.

Powered by an all-new 2.0-litre turbocharged four, the new Type R will officially produce 206kW and 400Nm, but if the engineers get their way, expect the angry hatch to produce much more.

The new donk — a barnstorming high-revver that redlines at 7000rpm — is not only brutally quick and responsive, even at 200km/h, but from 4000rpm onwards, sounds like it’s mauling small animals. In a good way, of course.

The bad news? Australia won't get the new Type R until at least the end of 2015, with company insiders tipping first-quarter 2016 as more likely. European deliveries are scheduled for mid-2015.

As for the rest of the car, wheel time was restricted to a single four-kilometre lap of a high-speed bowl, meaning driving impressions were limited.

Ride quality on the super-smooth circuit felt taut, while the steering was appreciably direct and well weighted with no sense of torque steer despite all that grunt being channelled through the front wheels.

The test car was fitted with a mechanical-feeling six-speed manual ’box, with Honda Oz execs predicting no change for the production model. 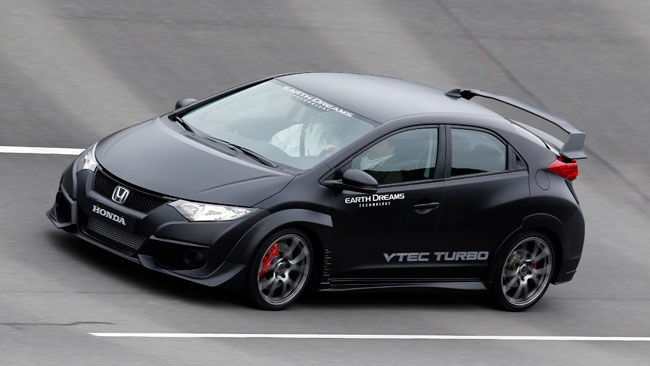 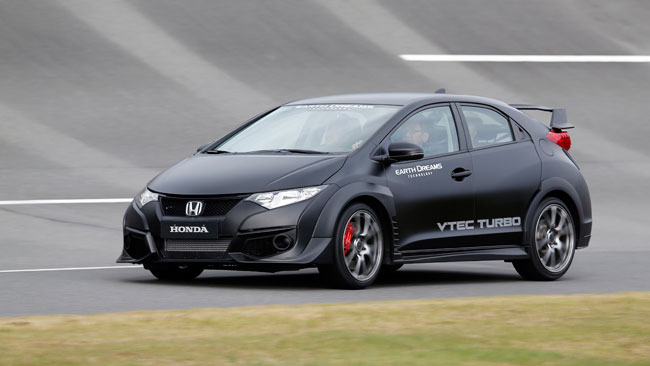