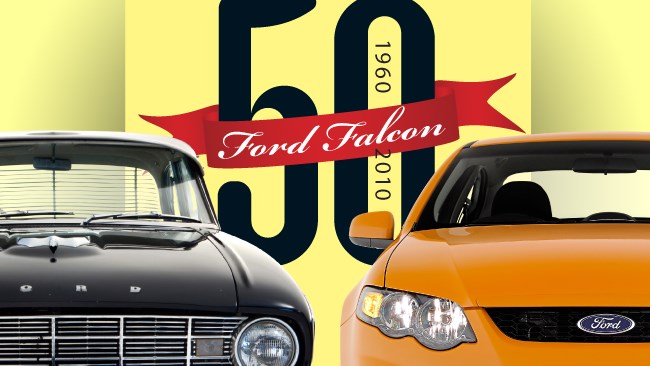 In this exclusive video series we go behind the scenes for Falcon's 50th anniversary photo shoot for Wheels magazine.

When Henry Ford II announced Project Falcon to shareholders on May 21, 1959, few could have guessed that Ford’s compact rival for the Volkswagen Beetle would be transformed into an Australian icon by the late ’60s.

In the most successful launch in automotive history (at least until Mustang), Ford sold 435,676 Falcons in America in its first year. Australian sales began in September 1960. After a troubled start, that original Falcon was thoroughly re-engineered for local conditions.

It was the beginning of a long-term strategy, under an assertive and bold local management, that would see a home-grown proving ground, much-expanded R&D centre – including a styling studio – a successful racing history directly tied to the GT muscle sedan … all for the ongoing development of truly indigenous Australian cars.

By the time the Americans decided to end Falcon production in late 1969, Ford Australia was deeply into the creation of a uniquely Australian model. That XA was the first of six Australian generations, culminating in today’s FG, the best Falcon ever.

Make sure you grab a copy of the bumper July edition of Wheels, featuring a compelling history of the Ford Falcon in this its 50th anniversary year. Wheels documents the story of this uniquely Australian car, from the early days of the fragile XK Falcon and subsequent grueling reliability trials, to the glory days of Allan Moffat’s victory at The Mountain in the thundering Phase III GT-HO, and much more beyond.