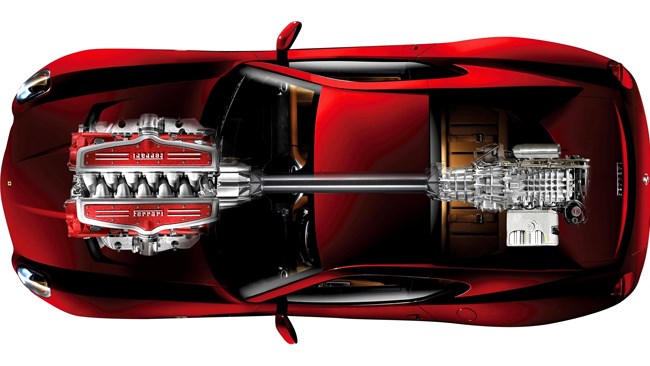 Hybrid tech’s green image is about to get a big red go-fast stripe, with news that Ferrari’s first petrol-electric powered road car will be revealed at the Geneva motor show in early March.

According to Italian media, the 599 ibrido (that’s Italian for hybrid) will be labelled a concept, but Ferrari executives have made no secret of their interest in putting petrol-electric power into production.

Max power of the electric motor is thought to be around 30-35kW, with its power coming from a 30kg lithium-ion battery pack, recharged solely through energy recovered during deceleration and braking.

Total weight of the system will be approximately 50kg. Like the other hybrid system components – electric motor, cooling system, electronics – the battery pack snuggles beside the 599’s rear-mounted transaxle, a location which may improve the car’s weight distribution.

The 599 hybrid, which will also feature a stop-start system, won’t be able to run in pure electric mode. However, Quattroruote estimates a cut of 35 percent in urban fuel consumption. As the regular V12’s urban thirst is a massive 27.0L/100km, this represents a saving of almost 9.5L/100km.

An improvement over the petrol 599’s 0-100km/h time of 3.7sec is also expected for the hybrid. The electric motor will be used not only to boost low-end torque, but also to fill in the interruption of V12 power while the sequential six-speeder swaps ratios.