Toby Hagon’s Finke preparations ramp up as his Team Wheels co-driver, Bernie Webb, does a track recce in their Mazda BT-50

Finke’s notoriously tough desert race track has been described as an “eye opener” by Team Wheels co-driver Bernie Webb, who has just had his first taste of the track that snakes south of Alice Springs and down near the fringe of the Simson Desert.

I spoke to Webb yesterday about the start of our on-track preparation for the toughest off-road race in the country - and one I’ll be in the hot seat for.

Webb is a seasoned rally co-driver, both on tarmac and gravel, but says the Finke challenge is like nothing he has attempted before.

For yours truly, too, it will be new territory. My racing highlights are limited to things such as a one-make production car series in the 1990s and a few other production car races. I’ve also competed in the Bathurst 12 Hour, which may match Finke on intensity but will be nothing like it in terms of terrain and ruggedness – or the car we’ll be driving, which is a near-standard Mazda BT-50 dual-cab ute. 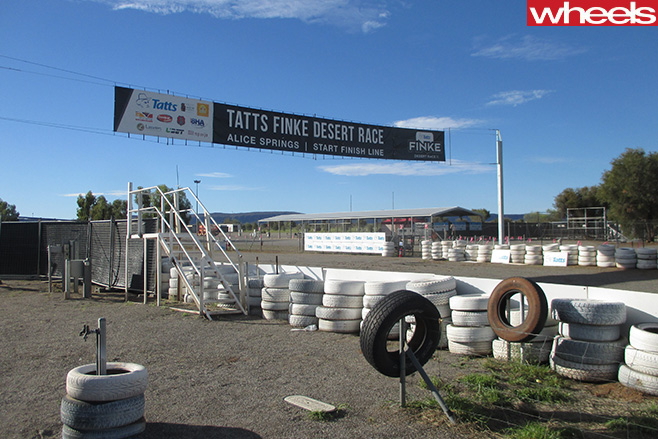 As for off-road racing, err, not much there; I once competed in the Rally of Tasmania but am otherwise limited to tens of thousands of kilometres of outback driving. Oh, and I watched cars leaping over jumps at the end of the Finke race track a couple of years ago.

The good news is our race car – complete with great Wheels livery – has arrived in Alice Springs, along with the support cars, tools, spare parts and some of the people who’ll be working on our desert attack.

On Sunday, Webb and team co-ordinator Robert Chadwick surveyed much of the 226km route with the view to making pace notes for Wheels’ inaugural crack at the Finke Desert Race in our near-standard Mazda BT-50.

As it turns out, though, corners won’t be the issue. Bumps – or woops, as successions of them are known - will be.

“It’s all about what the surface is doing,” Webb told me, adding that much of his work is about assessing the bumps that could potentially catch us out. 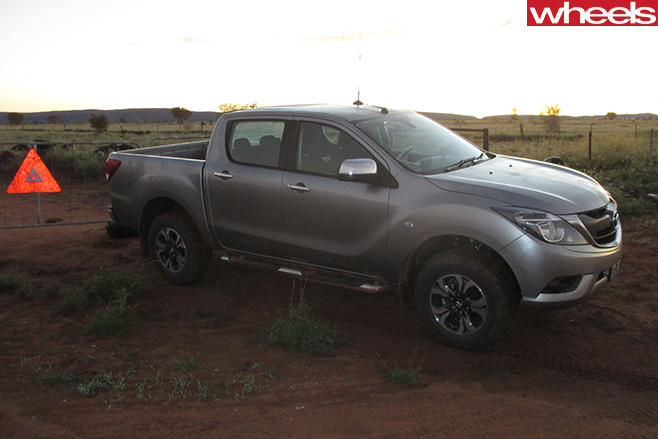 While he’s used to travelling quickly, Webb says one of the biggest challenges for him is making notes over the punishing bumps. Perhaps unsurprisingly, it’s a tad tricky to write while being thumped and bumped constantly.

The good news is that the BT-50 seems to be dealing well with the bumps and lumps. The car doing the recce – or pre-run, as the off-road racers call it – is almost identical to our race car, albeit without a roll cage, the chunky Toyo off-road tyres and the modified shock absorbers. The guys report it’s not bottoming out, and on some of the woops, can get into a nice rhythm.

That’s one major advantage we have in the lead up to the event: the car we’re using in the days leading up to the event is so close to the one that we’ll be racing, whereas most people will be in something completely different.

The challenge, though, is picking the right speed to suit the car.

“It’s all about the frequency,” Webb explains. “If you get the right wave form for that wheelbase and that suspension geometry, the thing will ride over them really nicely.” 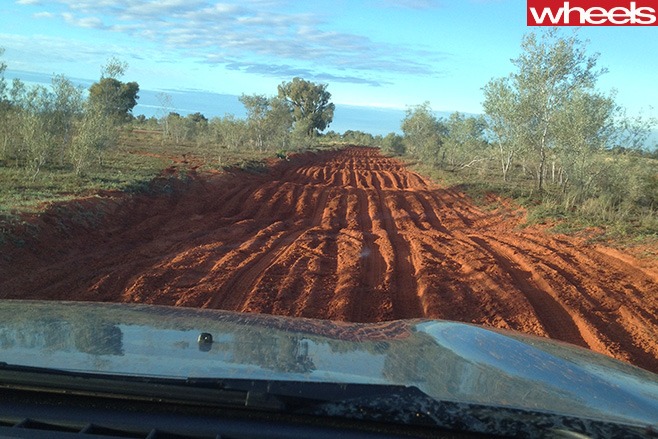 Webb says the northern end of the track is the most challenging, mainly because of how quickly it changes from good to not so good.

Webb says it’s all about picking where we can potentially make up some time and buttoning off when we have to take some more aggressive bumps more slowly.

Throttle response is another thing we have to learn to manage. Like any turbo diesel, the 147kW/470Nm 3.2-litre five-cylinder has some lag. That’s because it’s all about building plenty of grunt for towing and lugging a load around, not racing. Yet for Finke, we’ll be on and off the throttle constantly adjusting for the terrain.

One big variable is how much the course could change throughout the week. 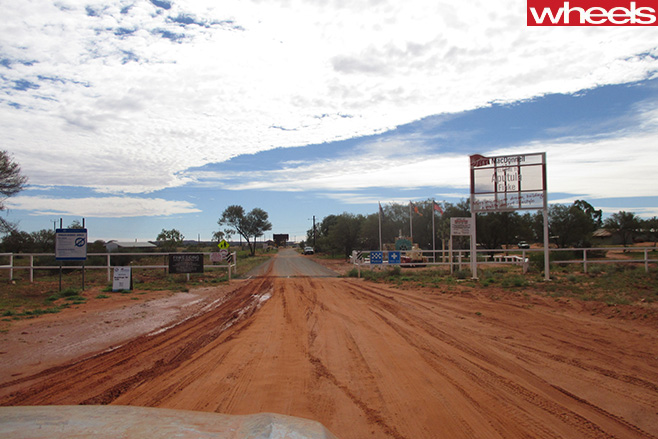 Between now and the first race day this Sunday (June 12th) there will be hundreds of bikes and cars traversing the track for a taste test, making it likely that the already rough track could get even rougher. Once the race cars are on the track, it’ll chew up the red dirt even more.

But we’ll have more chances throughout the week to keep track of it all and come up with a plan on how to finish what is a gruelling event.

Webb says it’ll be a huge challenge, but one that’s achievable.

“It’s going to come down a lot to maintaining intensity.”

Keep track of Wheelsmag.com.au this week for more updates as we take you inside our inaugural Finke Desert Race attack. We’ll bring you stories throughout the week as well as updates of our progress throughout the race. 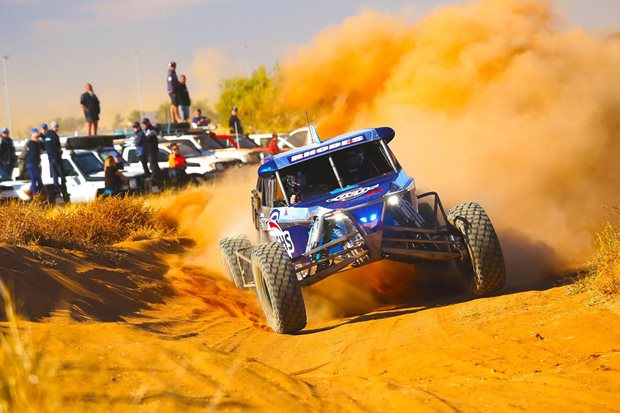 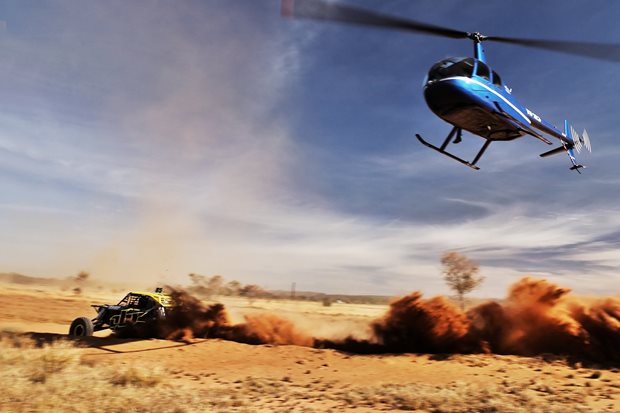 A history of the Finke Desert Race 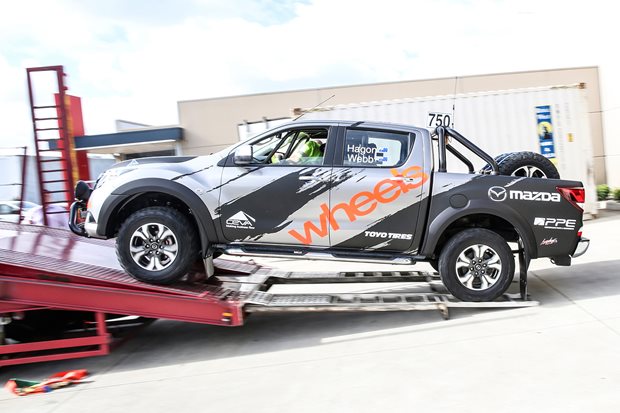 It’s known as the Bathurst 1000 of the Outback, so how do you prep a stock-standard Mazda ute for a 452km desert bash?