PETER Brock, Colin Bond, Mick Doohan, Wayne Gardner, Allan Moffat and… Mark Burrows. You don’t win a prize for spotting the odd one out here, and if you’re a fan of the wilder world of off-road racing you’ll no doubt tut-tut those who don’t know the last name.

Burrows recently joined these other stellar stars as a member of the Australian Motorsport Hall of Fame, the difference being not only his slightly lower profile but the fact that he is still competing in his chosen field, and will line up for one of the world’s most punishing events, the 41st Finke Desert Race, which kicks off from next Friday.

The seven-time Australian Off Road Championship title winner is also a five-time winner of the Finke, and is deservedly a hot favourite in any dirt-based duel he enters.

Burrows, and his co-driver Colin Hodge, will take on the Pro Buggy field for this two-day, 452km-long torture test in their mad MBR Jimco. 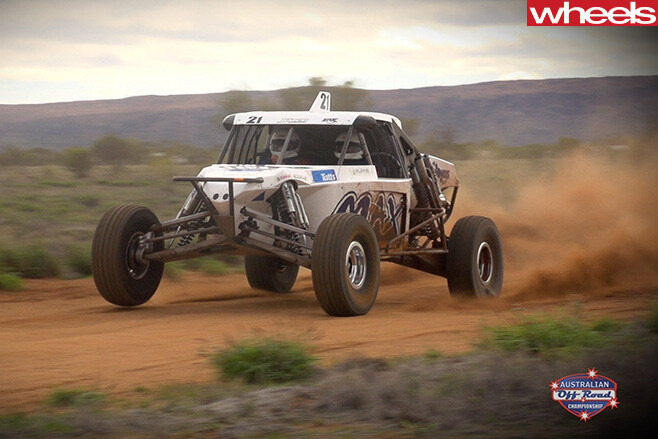 The Finke Desert Race crowns two champions each year – for the fastest two-and four-wheelers – and the motorbike section will be just as competitive, with reigning champion Toby Price again the one to beat on his KTM.

Price’s form coming into the race could not be any more intimidating. He has already dominated the world’s most famous off-road race, the Dakar Rally, this year, winning five stages and taking the overall motorbike title by a whopping 40 minutes.

His phenomenal record-breaking performance saw him become the first Australian to win any class of the Dakar, and the first person ever to win at just his second attempt (he finished third in 2015).

Price also followed up his Dakar domination by becoming the first Aussie ever to win the Abu Dhabi Desert Challenge in April. If he takes the Finke this year it will be his fifth win in the event, equalling the highest number of victories for a rider ever, set by Randall Gregory. 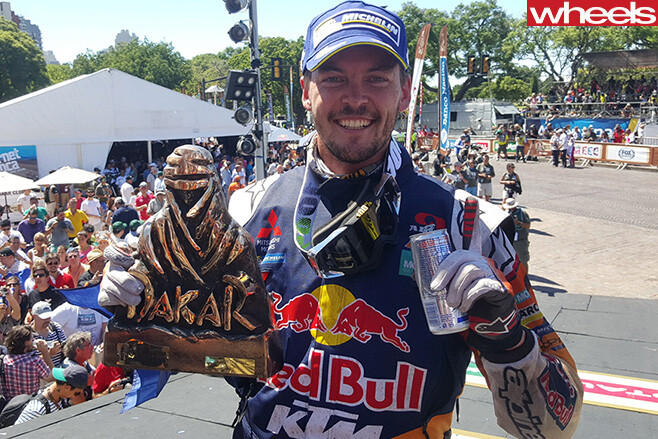 For any normal person that would probably be more than enough. But for Price, whose place in the Motorsport Hall of Fame must already be set aside, it is merely half of his astonishing goal for this year’s race.

Price will be attempting to do the seemingly impossible by entering both the bike and truck sections of the Finke Desert Race, and achieving what’s called a “double finish”.

Those in the know refer to it as the “Iron Man” division, clearly because you’d need to be a superhero to pull it off.

“This is a tough ask of any competitor to compete and finish the car section, fly back along the track to the start line and then compete in the bike section,” said Finke Desert Race Club president Antony Yoffa.

“Then they do the same again on race day two. This is no easy feat with 900km covered over the two days if all legs are completed.”

Price’s goal is to win the bike section and place highly in the truck division. Frankly we’re surprised he doesn’t expect to win both. Described, with some understatement, as a “keen sportsman who will race just about anything”, he does have some experience on four wheels, having raced super trucks at the Clipsal 500 for the past two years. 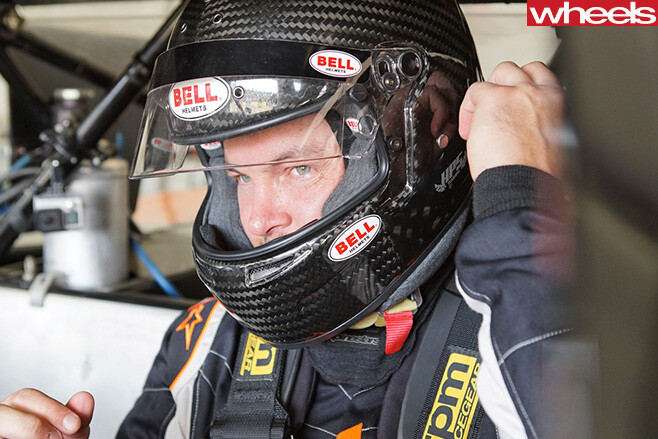 Somewhat surprisingly, there are some riders who have a chance of beating the irrepressible Price, particularly if the effort of doubling up, or the flare-up of a recent back injury, sap his energy.

Todd Smith, a former Finke winner from Condobolin in NSW, will be highly competitive on his Honda CRF 450, and his brother, Jacob, should also feature strongly.

Three Alice Springs locals – Jack Dooley McDonnell (Honda CRF450), David Walsh (KTM 500 EXC) and Caleb Auricht (Honda CRF 450) – will have the advantage of local knowledge, and plenty of local practice, to give them an edge on the challenge of winning their ‘home’ race.

While the pointy end of the field and the battle for King of the Desert honours will garner the most interest, there are also plenty of sub-categories and competitions within the larger field, including the Extreme Two-wheel Drive not exceeding 6000cc class and the Production Four-Wheel Drive field, which will feature a Wheels entry, co-piloted by journalist Toby Hagon.

He’ll be driving a Mazda BT-50 with only a few modifications, and is unlikely to get anywhere near the finishing time of the legendary Mark Burrows.