Ford to launch a game changer into Oz market 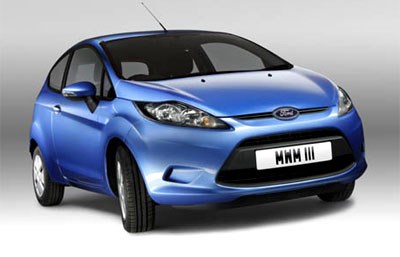 With an official government combined city/highway consumption rating of just 3.7 litres per 100 kilometres, the new turbo-diesel Fiesta ECOnetic will come on to the market six weeks from now as Australia's most fuel efficient car of any type.


The race for benchmark fuel economy is certainly on in earnest between the Europeans (mainly on the back of diesel technology) and the Japanese (heavily backing hybrids).

For the moment though, Ford has its nose ahead with the manual-only 1.6-litre ECOnetic hatch.

Its urban cycle fuel consumption of 4.6 L/100km and highway cycle figure of 3.2 L/100km - the latter being 13.5 per cent more efficient than the leading hybrid model will be tested in the real world later this month in the Darwin-Adelaide Global Green Challenge for production models. In this event, competing cars are required to run two-up at an all-day average speed of 75km/h.

Ford Australia president and CEO Marin Burela, who in his previous role in Europe was heavily involved in Ford's small cars including the Fiesta, described the ECOnetic as 'a game changer".

The five-door ECOnetic will officially go on sale on December 1 with a recommended launch offer price of $24,990 driveaway. This is way cheaper than the hybrid opposition but pricier by several thousand dollars than the regular 1.6 CL and LX (not-as-thrifty) five-door Fiesta hatches.

While it can't quite match the emissions of the small petrol/electric hybrids, the Fiesta ECOnetic produces fewer CO2 tailpipe nasties than any other conventional, internal combustion engine vehicle, with an official CO2 emission rating of 98 grams per kilometre.

The impressive economy and emissions outcomes are achieved via the latest generation common rail diesel powertrain (Duratorq TDCi engine producing 66kW at 4000 rpm and peak torque of 200Nm at 1750 rpm), together with complementary features specifically engineered to create a benchmark economy car.

* Addition of a green shift indicator light in the instrument cluster, which signals the optimal point to change gear

Surprisingly, the wheels are steel (14 inches).

There's also a comprehensive list of active and passive safety features, culminating in a five-star safety rating from ANCAP. Driver and front passenger airbags, head and thorax front side airbags, and a driver's knee airbag are all fitted as standard equipment. So too are an Anti-lock Braking System (ABS) with Electronic Brakeforce Distribution (EBD), and Dynamic Stability Control (DSC) with Traction Control and Emergency Brake Assist (EBA).

The ECOnetic buyer profile will be very broad, suggests Burela, extending from the young motorists wanting low running costs with something fashionable, to empty nesters and down sizers.

Ford is being coy on how many Fiesta ECOnetic models it will sell. Burela merely declared: "It's too early to say...let the market judge."

To date 60,000 ECOnetics have been sold in Europe. 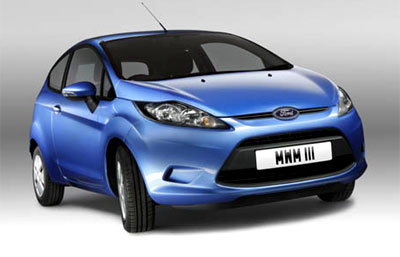 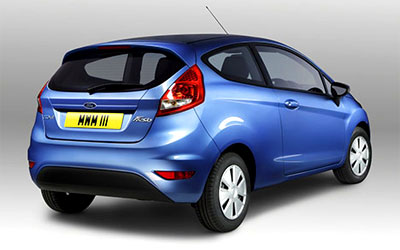 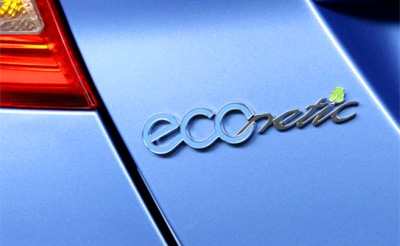 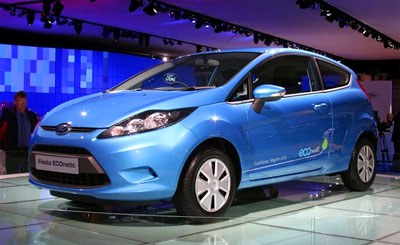