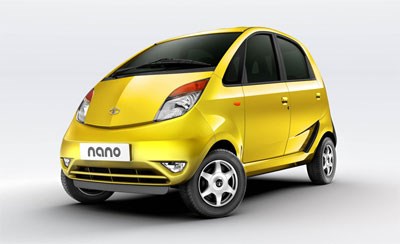 Is this the way to go? India's new budget Tata Nano has been an instant success and now Proton gearing up to offer Australia's lowest-priced sedan.

The times for cheap cars are probably upon us. Tata Motors has written more than 200,000 fully paid domestic orders for its new Nano light car in just two weeks, the Indian giant has reported.

Deliveries of the Nano - the so-called "People's Car" which is priced from about A$2700 - will begin to flow in July.

With money tight and the future unknown for many families in the global village, is cheap and cheerful set to become the norm across the vehicle industry?

Proton thinks so, foreshadowing a reinvigorated assault on the Australian car market spearheaded by what it insists will be our lowest-priced sedan.

Currently, our cheapest sedan is Holden's Korean-made Barina at $16,290.

So early next year, when Proton launches its price leader, it will need to undercut the Barina and any other cheapie contender on the scene including those planned entries from China.

The new sedan, called Saga in Malaysia, will replace the present 1.2-litre Savvy Hatch, a car that hasn't been a raging success. The new car will get a badge unique to Oz.

Sources close to Proton won't rule out a price of around $12,000 - a figure that will be hard to beat.

The managing director of Proton Cars Australia, John Startari, admits that the Malaysian brand has not performed to expectations here. But, with a commitment in resources and backing by parent company Proton Cars Berhad, Startari senses it can do good business in this tougher, price sensitive market.

"Product, pricing and marketing support have received major boosts to ensure that we have the tools to take Proton to the market," he said.

Part of the brave new world is Proton Australia's dealer network rebuilding across the country.

The company has severed ties with almost half its existing dealers and is now recruiting new high calibre dealers to broaden the reach and service levels for Proton customers.

Startari says the new lowest-cost sedan, powered by a 1.6 litre Campro engine, will be the cornerstone of the Proton range. "It will be significantly different to the current Savvy," promises Startari.

Proton will not announce the pricing or the name of the new car until the launch. However Startari says its price, equipment levels and overall value for money will make it a contender in the small/light car class.

Proton produces a range of cars from four-door family sedans to sporty three-door hatchbacks and utilities, and is also the parent company of sports car maker, Lotus.

After 14 years on the Australian market, Proton has a modest presence of around 25,000 cars on our roads. 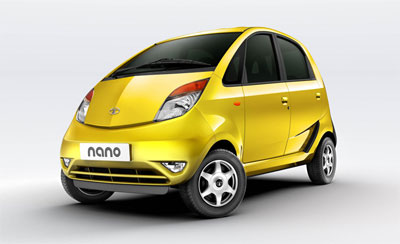