A final boost for our home-grown hero

With the clock ticking on local car production, we can’t help but let our mind wander down ‘what if?’ lane and conjure up a few of the cars we would’ve liked to have seen emerge from our Aussie makers.

Top of our wish list is a hot six-cylinder Commodore, a car to continue Holden’s fine tradition of six-pot sexpots, cars like the Torana GTR XU-1 and our Sweet Dream’s spiritual predecessor, the VL Turbo.

Consumer appetite for performance Commodores is strong, with V8s making up around 30 percent of total sales, but the SS’s arch rival, Ford’s Falcon XR6 Turbo, has proved there are plenty of punters out there keen on a force-fed six as a V8 alternative. 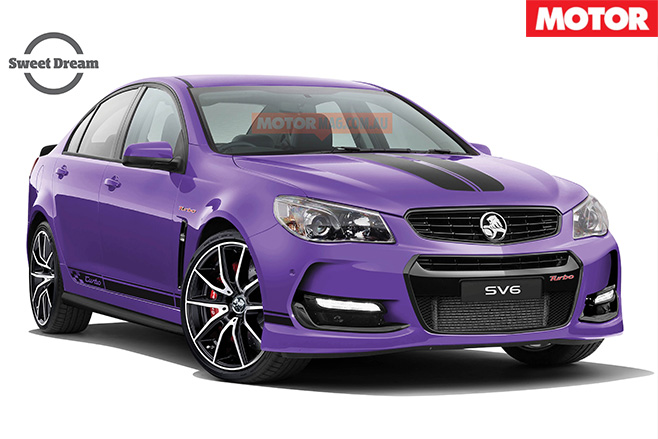 Will it happen? Of course not, but it’s a tantalising prospect and its downsized turbocharged engine would fit nicely with where the automotive industry is heading as a whole. In fact, the next performance Commodore will probably adopt a similar package, albeit on an imported platform and with all-wheel drive.

Thankfully, we still have the V8s to enjoy and we’ll be savouring every moment.

SAME SAME
Choosing a chassis setup for our SV6T is easy – it’s exactly the same as the VFII Redline’s, consisting of FE3 suspension, 275mm rear rubber and Brembo brakes front and rear. The LS3 is a light V8, so should be similar in weight to a downsized twin-turbo V6 (if not lighter). 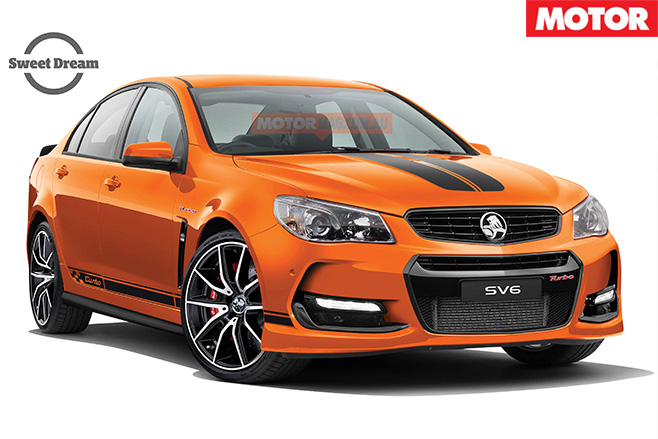 STICK IT
With V8-matching grunt, it should be no surprise that, like its Blue Oval counterpart, the SV6T would have no trouble staying with its bent-eight brother in a straight line. Manual variants would claim 5.0sec 0-100km/h (0.1sec slower than the Redline) with auto adding 0.1sec to that. Based on our testing, that equates to a low-13sec quarter.