Ian Luff speaks to Wheels about a life dedicated to speed, and doing it better.

Mention the surname Luff and many people will think of Warren, the hard-charging V8 Supercar, GT and Carrera Cup racer. But Wazza is merely a chip off the old block; his dad Ian has been at the forefront of advanced driver training and a fixture in Australian motor sport for more than 40 years.

At 66, Luff is one of the funniest, most energetic and entertaining people in the automotive arena. Yet he’s deadly serious about driving, and has been since the day in 1972 when Peter Wherrett – the pioneer of driver training in Australia – began to channel Luff’s talents for driving and communicating. 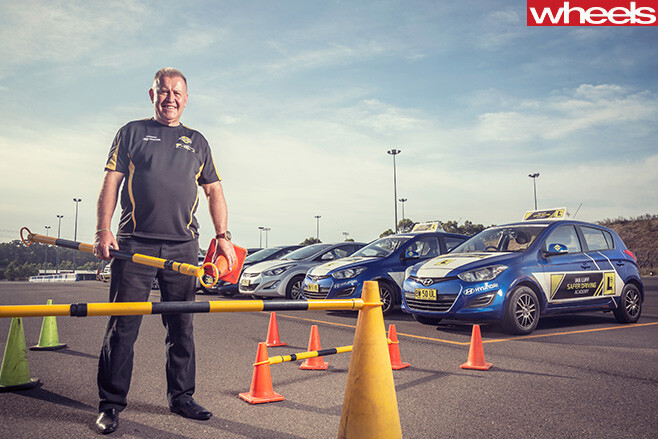 Luff was born in Melbourne, into a non-automotive family. “But Mum would take me and my sister to the speedway every Saturday night, because I wanted to go. In 1962 I went to Sandown with my little Agfa camera and watched Frank Matich, Norm Beechey, Bob Jane… that had me hooked.”

An apprenticeship at Repco led to a meeting with Jack Brabham. “It was in 1966, he’d just won his third [world] championship and he came to the Repco training centre. He shook my hand and said, ‘What are you going to do with yourself?’ And I said, ‘I’ll have a crack at this racing game myself; it looks like fun’.”

Qualified as a mechanical engineer, Luff got started in club motorsport at Phillip Island, driving a Datsun Bluebird SSS. “Along with a mate, we’d also go to the old Lilydale grass airfield at night and see how many 360s we could do. That’s where I learned a lot of car control skills.” 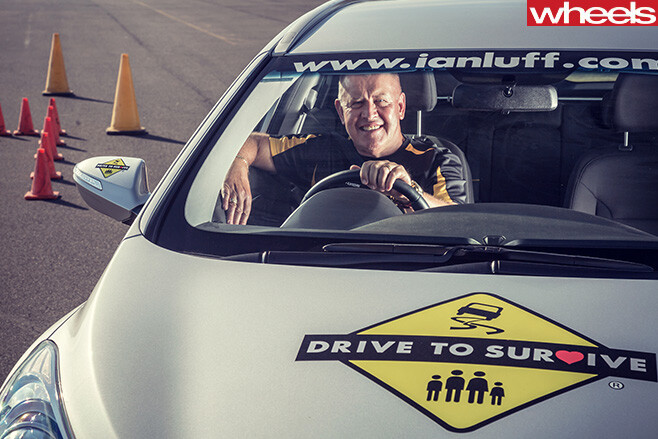 During a mining stint in Gove (Arnhem Land), punctuated by a serious motorcycle crash, Luff and some Repco mates went to Bathurst in 1969. “I said to my mates, ‘I’m gonna race here one day’. And they all said, ‘You’re pissed, Luffy’. And I said, ‘No, I’m gonna race here’.”

In 1971 Luff left NT for a job in Sydney with his then brother-in-law, Rick Pickering, at Mark IV car air-conditioning. Luff helped engineer the compressor pulleys for aftermarket under-dash units.

“In Sydney, my sister booked me into the Wherrett school [Peter Wherrett Advanced Driving]. She said, ‘You have to do a driving course because you’re gonna kill yourself. You’re a lunatic’. On the day I did my course, I kissed the Armco and a bolt sticking out of the fence opened up the passenger side of my trusty EH like a sardine can. 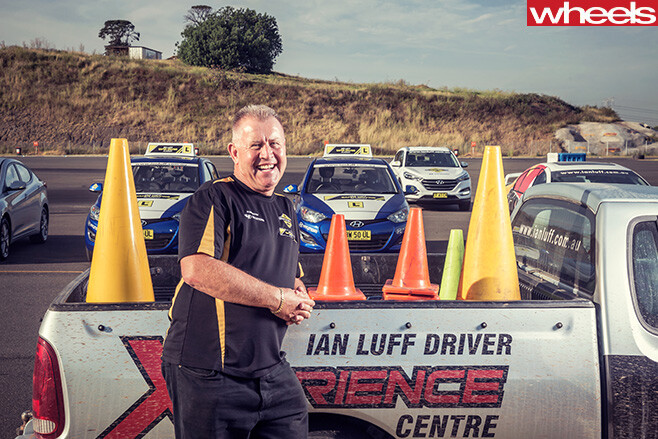 “Wherrett said, ‘Young Luff, you drive a car hard, but you don’t drive it smart. Let me show you’. And he got in my car and scared the living shit out of me. ‘This is the way you’re doing it…’ Then he showed me the smooth way. It was, wow! He could drive anything from a Morris Minor to a cement mixer.”

With Wherrett as mentor, and soon part-time employer, Luff’s racing career progressed to an LC Torana. Since then he’s had countless outings, a swift and safe pair of hands in other people’s cars. He lists a class win and 10th outright (Commodore VX SS) in the 2002 Bathurst 24-Hour as a highlight. “That and seeing Warren racing internationally now.”

Wherrett’s 1980 sale of his advanced driving business led to Luff’s starting his own, in 1983. His entrepreneurial flair and entertaining style helped the business quickly expand to cover learner drivers, workplace driver training and racing courses. “As Wherrett said to me: it’s not about how good a driver you are – it’s about how good you can make them.”