In Gear: Our pick of awesome gadgets in September

Check out this month's find of awesome gadgets. From an F1-inspired teapot, the ultimate track day camera, to a Porsche watch that's as exclusive as its cars 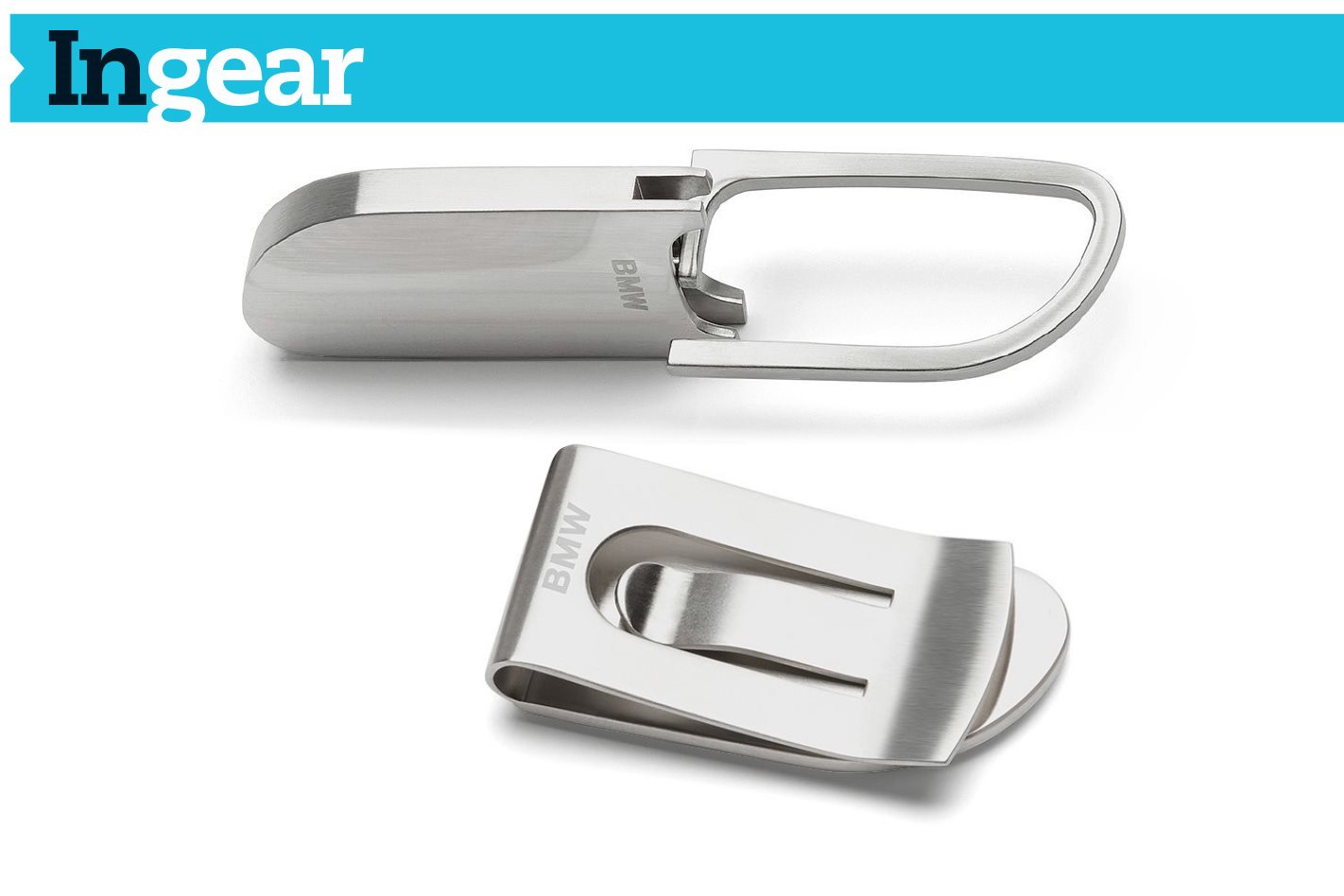 It’s said to be bad luck to give an empty wallet or purse as a gift, but after spending $168 on this cool kidney grille cash clip and key ring combo there may not be many notes left to fill it. The clip couple offers BMW drivers a subtle alternative to flashing the traditional propeller badge, yet remains unmistakably on-brand nonetheless. And if funds are short then you can always sell a kidney… 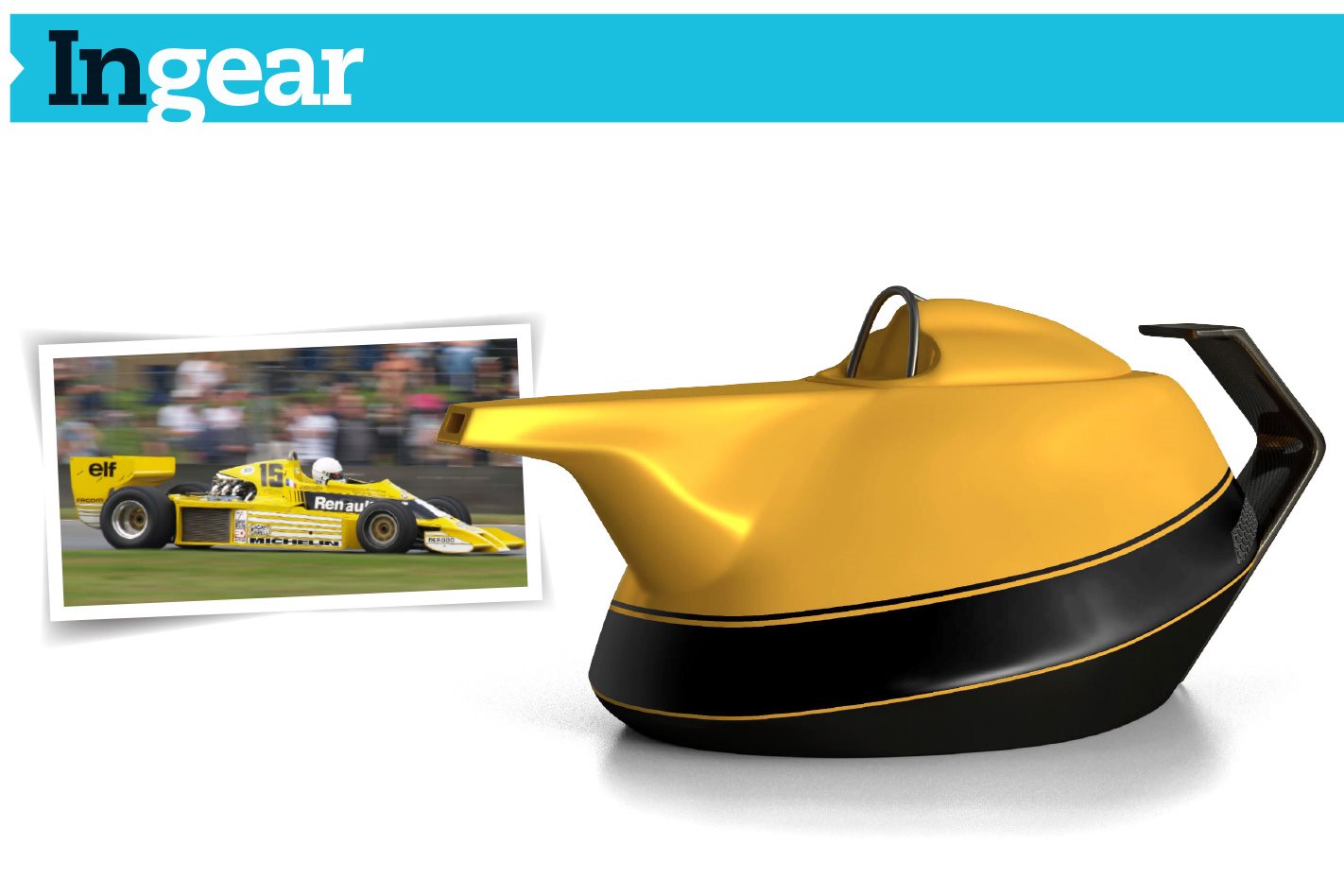 It takes big back wheels to make a joke at your own spectacular failures, but that’s exactly what Renault has done with this exclusive teapot. The French car maker’s 1977 foray into turbocharged Formula 1 cars did not initially produce fire-breathing trophy winners; rather, a yellow roller-skate that often smoked its way to the start line before blowing up. The embarrassing spectacle prompted ‘the yellow teapot’ nickname.

With just 40 pots produced you’ll have to be quick to land one; alternatively you could visit the Atelier Renault restaurant on Paris’ Champs-Elysees where the pretty pots are in use and take a big bag. 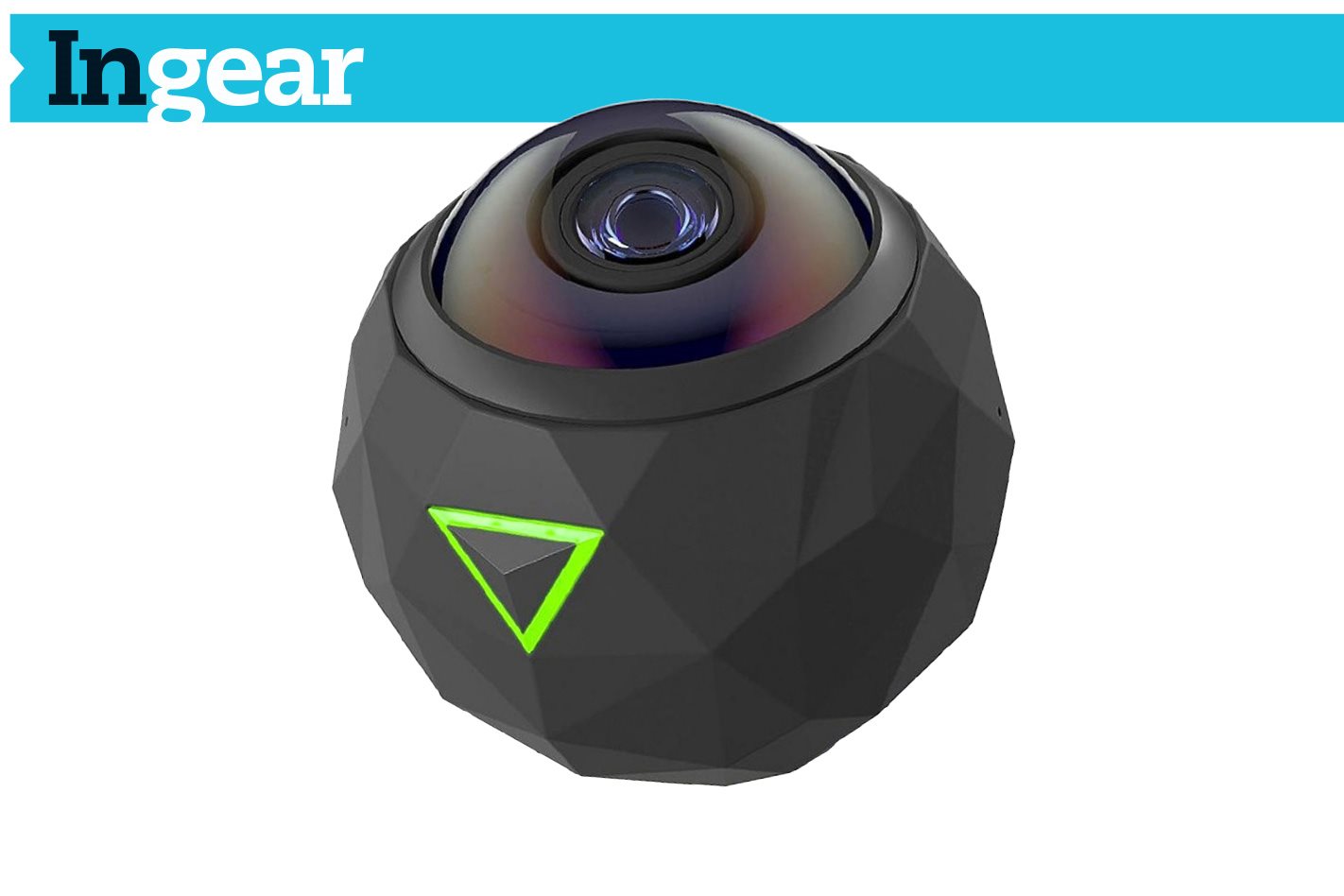 Filming in one direction is so last decade. Until now, massive Nurburgring crashes and cats terrified by drones were traditionally filmed from one angle, but an emerging range of 360-degree cameras now allow the capturing of your favourite driving road in glorious 360-degree action.

How to Illustrate and Design Concept Cars paperback, $47.99 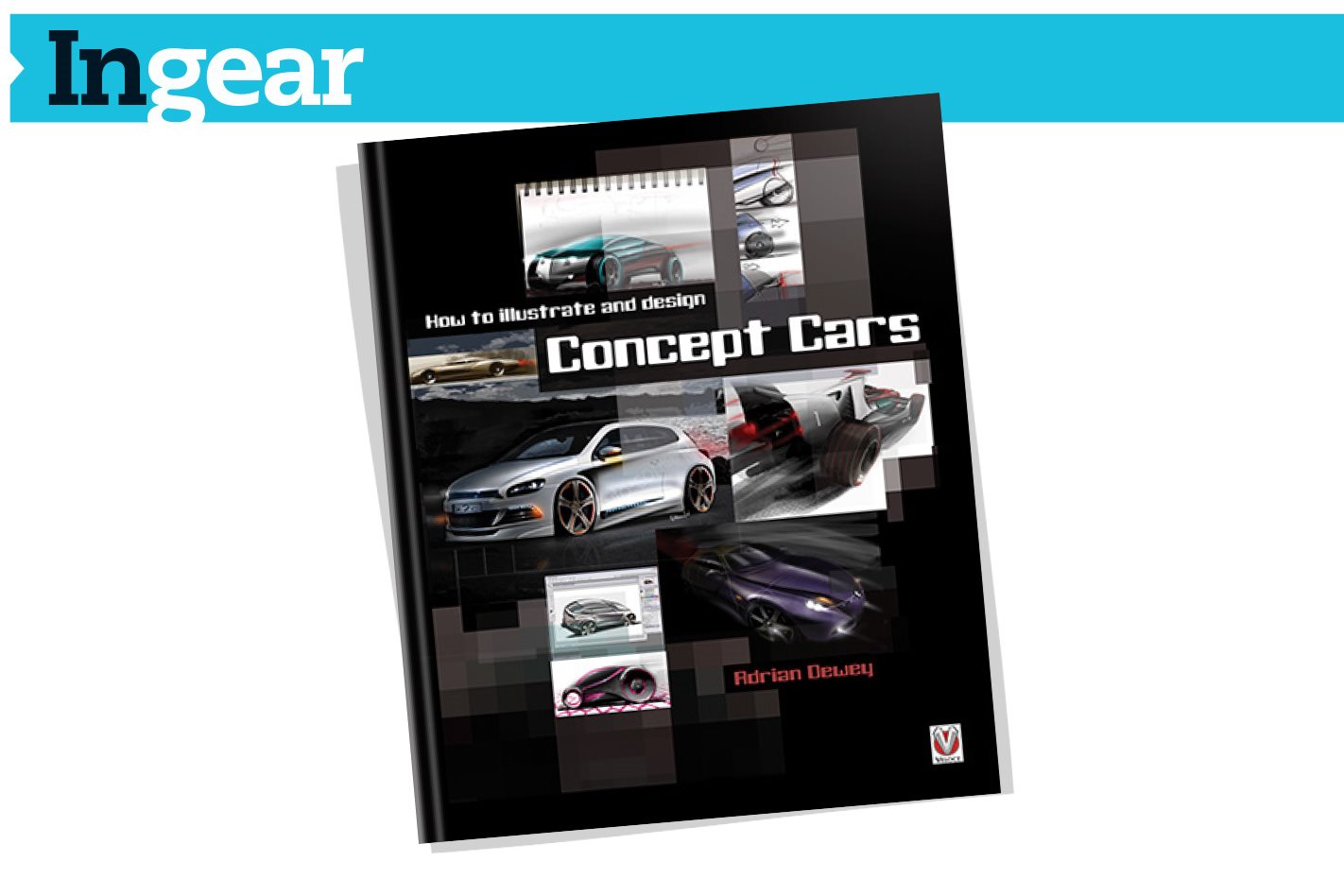 We work hard to bring you the world’s most beautiful and arresting cars within the pages of Wheels each month. But if you think you can do better, then perhaps the second edition of How to Illustrate and Design Concept Cars will help you hone those show-car sketching skills.

With more than a decade of magazine illustration under his belt, Adrian Dewey knows a thing or two about getting a car from an idea and on to a page, and now you can too. Just don’t do another Edsel please. 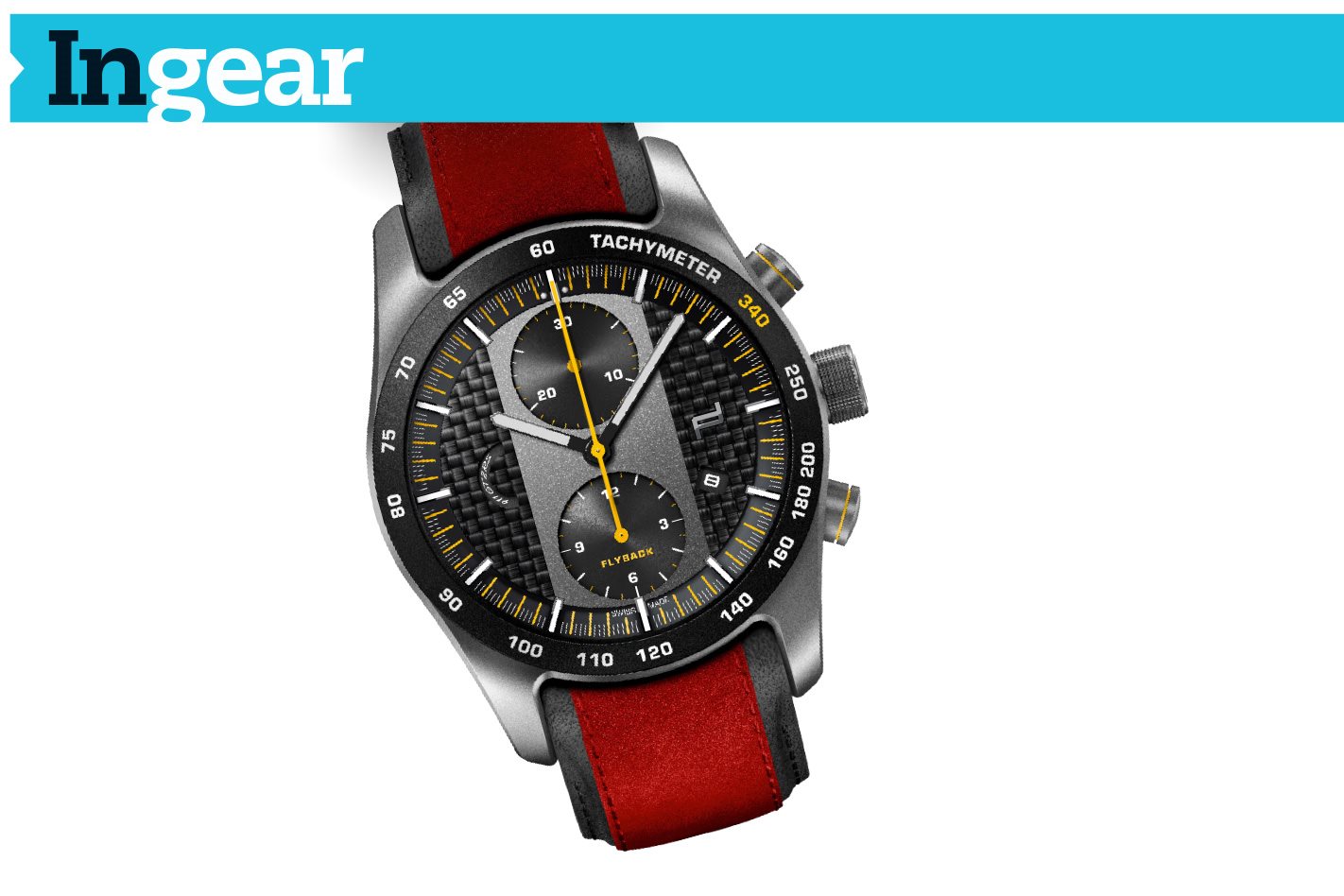 Founded by Butzi Porsche in 1972, Porsche Design is now more closely integrated with the German carmaker and has just issued its first watches directly inspired by Porsche cars: the new Turbo S Exclusive and the 911 GT2 RS.

The Turbo S watch will be customised to match your car, and both will feature novel titanium and carbon construction, and a sophisticated ‘flyback’ chronograph movement designed and made in-house by Porsche Design. As with carmakers, the best watchmakers make their own engines.

The bad news is that you’ll need to buy the cars to get the watches, but more affordable and less exclusive timepieces will follow. 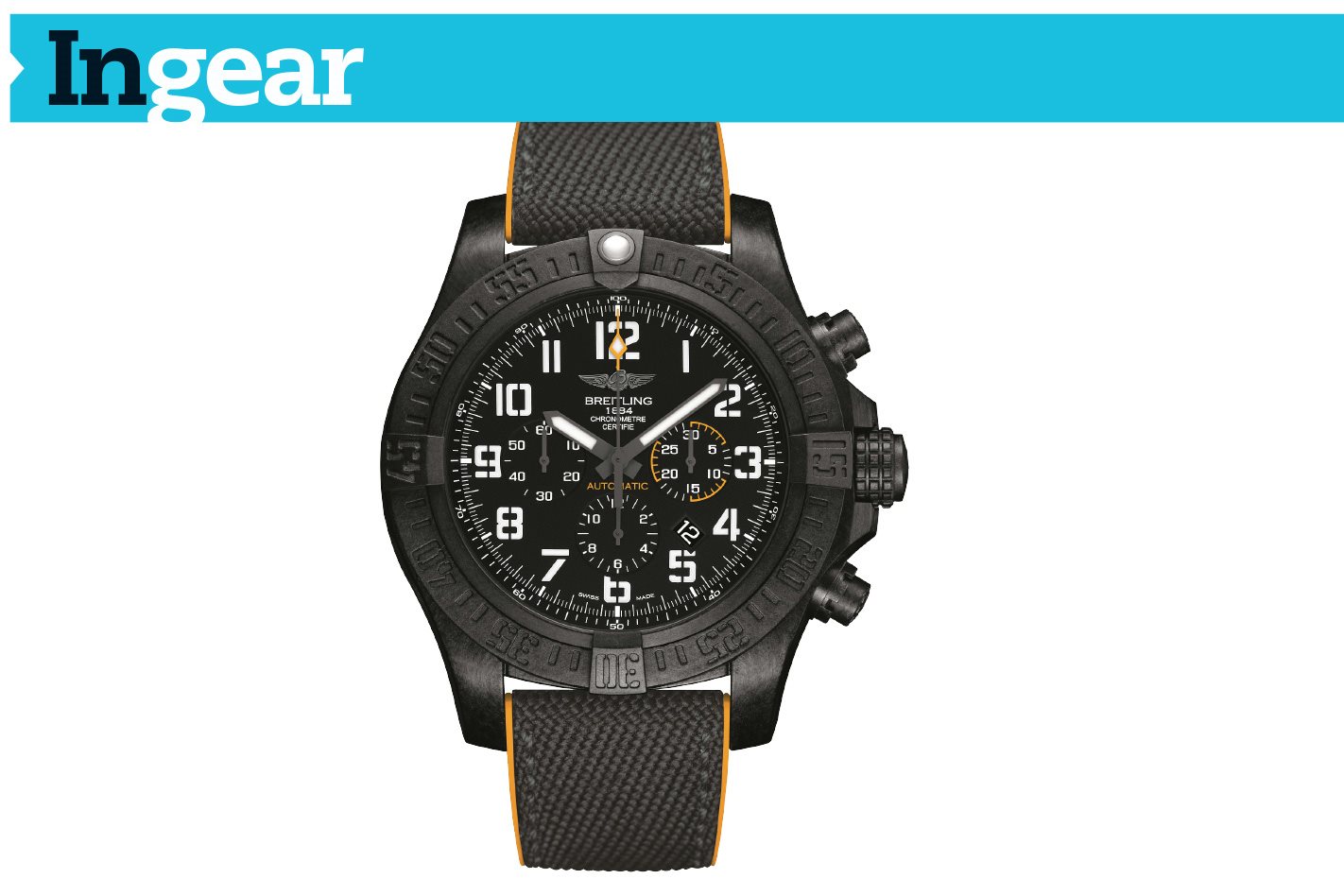 As with the car industry, material-porn now extends to the watch-making world. You can now have a high-end watch with a case made of the same lightweight materials carmakers will also charge you a fortune for, such as titanium, ceramic, or forged carbon.

And now Breitling is offering you plastic. It doesn’t call it plastic, of course: it refers to it as ‘Breitlight’, a proprietary material three times lighter than titanium and six times lighter than steel, as well as being scratch- and rust-proof, anti-magnetic, and hypo-allergenic.

The Avenger Hurricane is one of the first models to feature it. It has a huge 50mm case, military styling, and the most macho name in watches, but you won’t need Rambo’s arm to lift it. 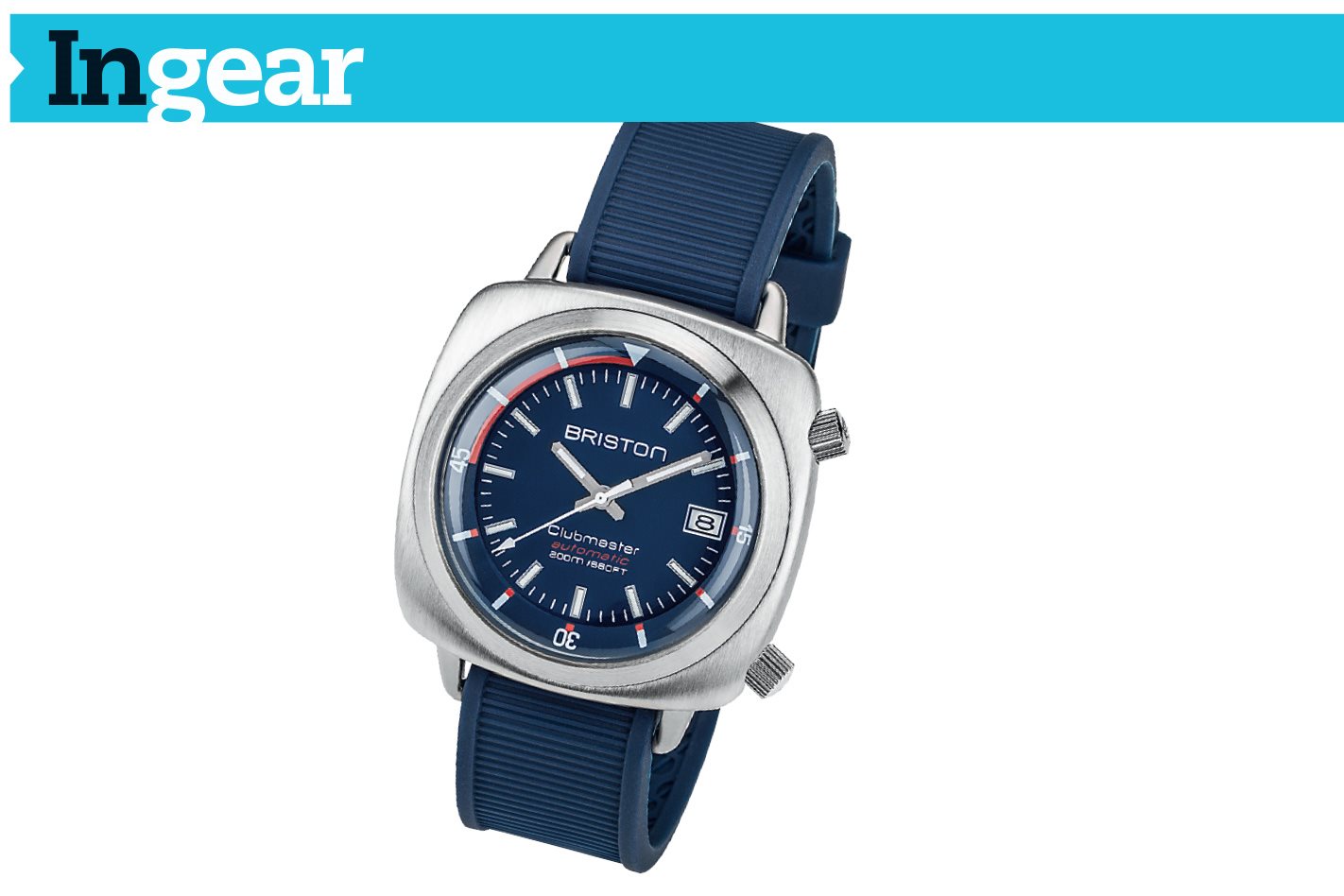 With prices from $580, Briston watches offer good value but their looks can be polarising: particularly those offered with the brand’s hallmark tortoiseshell case. This new Clubmaster Diver is Briston’s priciest watch yet, but also its best-looking.

As well as the cool ’60s ‘supercompressor’ case with its internal dive-time bezel turned by one of two crowns, you get a good-quality Seiko automatic movement and a choice of three case finishes, each with four dial colour options.

Our money would be headed to this plain brushed stainless-steel case with the super-soft, period-correct silicon dive strap, maybe in blue or grey. 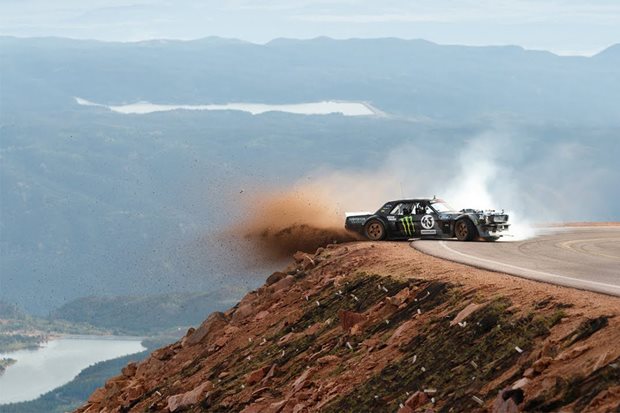 Ken Block’s Climbkhana is Climb Dance for the internet generation

The ‘head hoonigan in charge’, with a penchant for tyre destruction is back at it again, this time tackling Pikes Peak 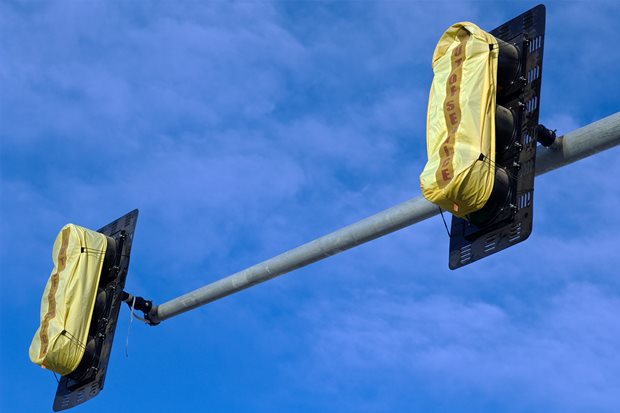 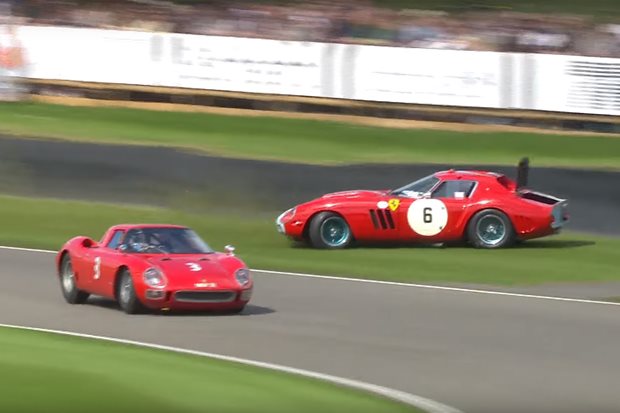 Watch a Ferrari 250 GTO getting binned at Goodwood