In the spotlight: Ben Grabham 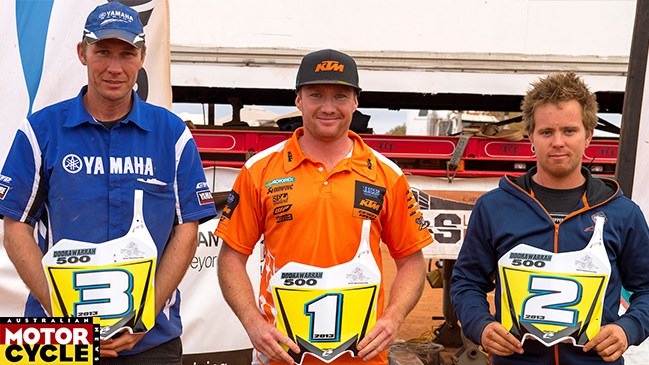 For endurance swimmers it’s the English Channel, for sailors; a solo round the world voyage. For trekkies it’s the Kokoda Track and for mountaineers; Everest.

For endurance swimmers it’s the English Channel, for sailors; a solo round the world voyage. For trekkies it’s the Kokoda Track and for mountaineers; Everest. Each discipline has its own apogee for those who understand their time on earth is but a brief shaft of light between two eternal walls of darkness. And have the desire to achieve the ultimate victory in their chosen pursuit. For cross-country moto riders this is the Dakar; two gruelling weeks traversing some of the most inhospitable territory on the planet.

As a 16 year old representing Australia in the 1998 International Six Day Trial, the Dakar was not on Grabbo’s radar so he turned to flat track, supermotard and enduro; culminating in outright victory in the 2002 Australian Four Day Enduro (A4DE). At the time Glenn Hoffman Racing was the team to beat in cross-country racing and Grabbo scored back-to-back wins in the Condo 750 – the first on a Honda XR650 the second on a new wave Honda CRF450X.

When the Safari was rebirthed in Western Australia in 2007 it was Grabbo who took a hard fought win, adding to his victories in the Australian Off Road Championship, Hattah, Condo and Finke. He made it back-to-back wins the following year earning the title 'King of the Desert' and KTM’s Team Manager Brad Williscroft was quick to sign up the 26 year old star to be immediately rewarded with KTM’s first Finke win since 2003.

Fast forward through further wins at Finke, the Safari, Hattah, Ebeneezer and the Gascoyne Dash; there was little Grabbo hadn’t won and then, contesting the 2012 Condo 750, he suffered the fate every cross-country racer dreads – hitting a kangaroo with his bike tapped out in top (Grabbo’s not the roo’s). The resulting spinal injuries took time to heal but six months later Grabbo was match fit and focussed on the ultimate challenge – Dakar. A test session in the Rally of Morocco was curtailed due to food poisoning but backed by the HSE mining group and with the support of KTM Australia Grabbo headed to South America.

“Now looking back on Dakar there were several days I could have pushed harder” he explained “then I suffered GPS and rear brake problems. But we just wanted to finish so we could put into practice what we learnt.” Despite this, Grabbo cracked 15th outright and was second rookie to finish. Immediately a top ten was on his hit list, though he stops short of predicting a podium. For now anyway.

Post Dakar, his 2013 campaign kicked off with a repeat win in the Quit Forest Rally on a new KTM 450SXF; the same machine he’ll ride in the Aussie Four Day Enduro. A set back at Finke last month didn’t prevent Grabbo from runaway wins in both legs of the first round of the rich West Aussie Desert Tri-Series the following weekend on a Kato 500EXC. With a $20,000 bonus should a rider take out all three events, Grabbo will be earning a lot of frequent flyer points over the next few months. Come October, he’ll swap the 450SXF/500EXC combo for the heavy duty KTM 450 Rallye Replica to take on the OiLibya Rally in Morocco as a prelude to the 2014 Dakar. “All the machines put out much the same power” explains Ben “though with all the navigation electronics, tools, emergency water supply and massive fuel load, riding the Rallye is like having two of me aboard. My set up is much the same but the Rallye is built to handle ten or more hours in the saddle every day for two weeks. And carrying all that weight the bike won’t let you get away with things you might survive on the SXF or the EXC.”

Come Dakar 2014, Grabbo will align more closely with the official KTM combine who are out to consolidate their dominance; now under threat from current champion Cyril Despres who has defected to Yamaha and a resurgent Honda HRC. And despite his low key approach Grabbo is Australia’s best chance of a top result since Andy Caldecott’s tragic death back in 2006. 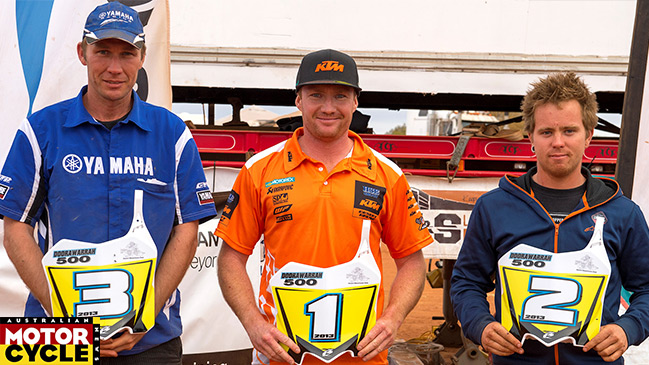 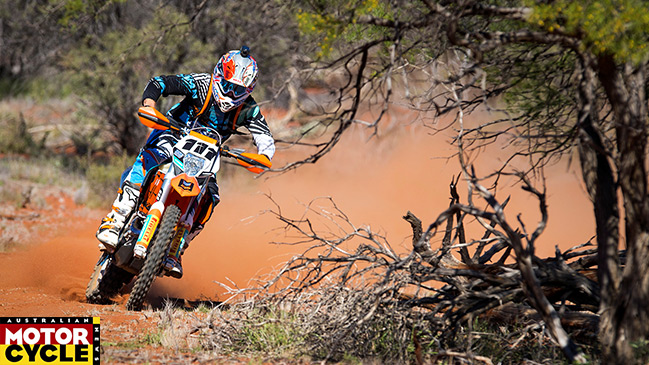